Share on Facebook Tweet Snapchat Share Reddit Email Comment
The Micromax Canvas Turbo (A250) is the company's first smartphone to feature a full-HD display. The Indian handset giant is backing the smartphone's launch with a high-level marketing campaign, featuring Hollywood actor Hugh Jackman, to make sure it doesn't go unnoticed. There's also a major shift in terms of the build of the phone and in some other attributes.

Will the Canvas Turbo put Micromax in the league of A-list players, with all the new features and a big marketing push? We try to find out in our review.

Build/ Design
From a distance, the Micromax Canvas Turbo looks like any random Android smartphone from the company, however, on closer inspection we realised that we'd seen the same design on the Canvas Doodle 2, Micromax's other big screen smartphone. The construction of the phone is better than the Canvas 4 and Canvas HD, and it even feels more compact. The phone sports rounded edges. It's available in Pristine White and Midnight Blue colour variants and we received a Midnight Blue one as our review unit.

The front of the Canvas Turbo features a 5-inch full-HD display, three capacitive touch buttons for navigation below it, and the earpiece, front camera, notification LED and the sensor array above it. 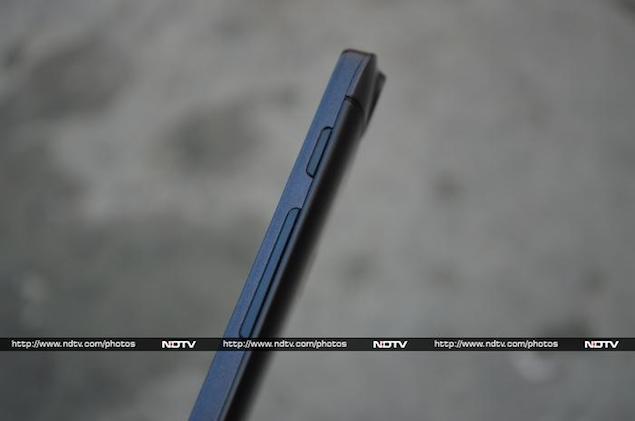 The frame along the Canvas Turbo's edges appears to made of plastic and features the Power / Screen lock key and the Volume rocker key at the right hand side, and two micro-SIM trays at the left side. The Micro-USB port sits at the top edge of the phone, while the 3.5mm headset jack is located at the bottom edge.

The back of the Canvas Turbo is dominated by a non-removable aluminium cover which is flanked by two plastic strips at the top and bottom. The top strip also houses the 13-megapixel camera lens that protrudes out a little, and a big LED flash.

The bottom strip houses the speaker grill of the phone. There's some Micromax branding at the middle of the Canvas Turbo in the form of a logo.

Just like the Canvas Doodle 2, the Canvas Turbo also does not feature any removable parts, so you won't be able to replace the battery on your own. 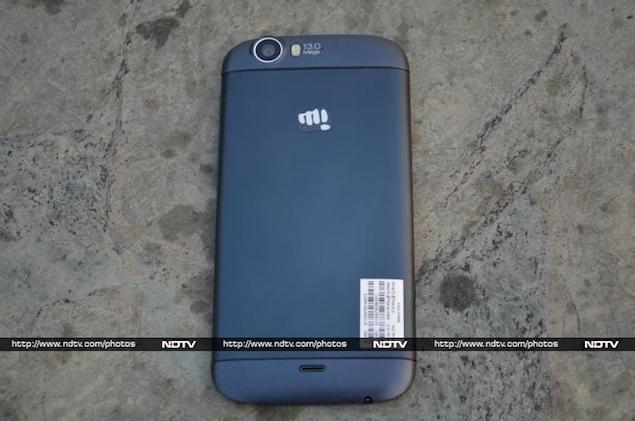 Overall, the build quality of the Micromax Canvas Turbo can be considered the best among all other Micromax smartphones. The phone is well-built, exudes a feeling of durability and feels nice to hold. Despite sporting a 5-inch display, the phone is perfect for one-hand use. 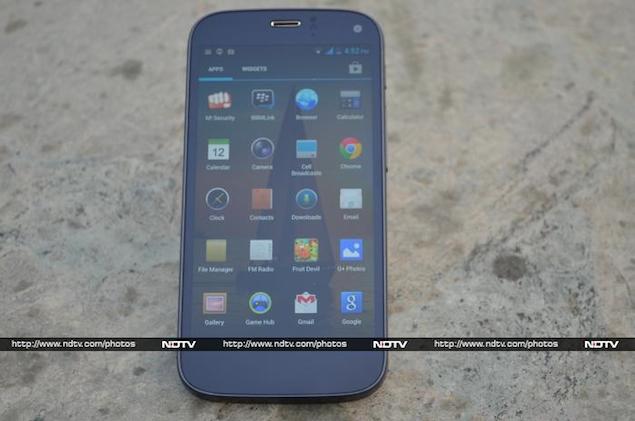 The full-HD screen is one of the phone's headline features, and thanks to that text and images looked crisp and sharp but we were not very impressed with the display's colour reproduction, specially how it displayed blacks. The Canvas Turbo's screen also looked a bit dull, and brightness levels were below par if you compare it with full-HD phones like the Gionee Elife E6.

The display offers decent viewing angles and good sunlight legibility however. Overall, we expected the Canvas Turbo's to offer a better display, and despite being full-HD, it disappoints. 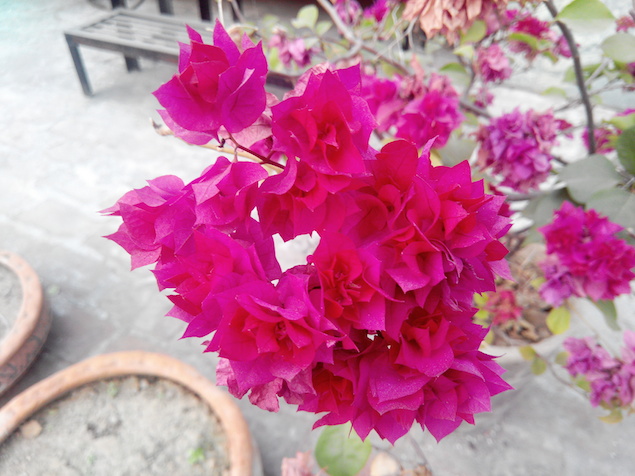 The photo mode allows you to modify settings like Exposure, colour effect, ISO and white balance, among others. There's a self timer of up to 10 seconds and a Zero shutter delay setting, as well.

In our use, we found the camera of the Canvas Turbo to be a bit off in terms of white balance and it softened the tone to a cooler shade. Images clicked with the phone's rear camera lacked warmth and at times looked very bland. Images taken during the day were still passable but the ones taken in indoor light appeared totally different from the prevailing ambient light conditions.

The camera app on the Canvas Turbo features an animated GIF mode captures an image and allows you to select portions to animate with your fingers, while the Remove Object mode allows you to erase objects after capturing an image. Both the modes did not return satisfactory results. 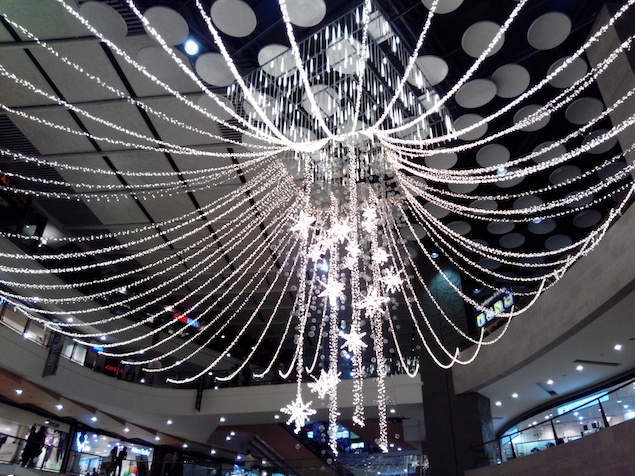 The camera is capable of recording full-HD video and takes good quality videos depending on the ambient light. However, the Canvas Turbo saves video clips in .3GP file format, which is an older file format.

The 5-megapixel front camera on the Canvas Turbo takes decent quality pictures, and can be used for video conferencing.

Overall, the cameras on the Canvas Turbo are strictly average for a phone in this segment.

Software/ User Interface
The Micromax Canvas Turbo runs Android 4.2.1 Jelly Bean, which is a very recent version of the OS and comes with some skinned elements of the UI like the app icons.

Micromax's custom UI layer is not as radical as HTC's Sense UI or Samsung's TouchWiz UI, but does add some customisation and third party apps. The Canvas Turbo has also been given four preloaded themes, namely Mint, Mocha, Raspberry and the default theme that bring minor changes in the phone's colour scheme.

The notification tray on the Canvas Turbo features a settings shortcut and a clear-all notifications button, along with expandable notifications (expanded with the two-finger pull gesture). It features the same setting toggles shortcut that's found in stock Android and adds some of its own as well, for quick access to Airplane Mode, Battery status, Wi-Fi, Bluetooth, GPS, Data connection, Data usage, User (audio) Profiles, Brightness, Screen backlight timeout and Auto rotation.

Similar to most other Android devices, there are five customisable home screens on the Canvas Turbo's UI that can be filled with app shortcuts and widgets. The three capacitive buttons, Home, Menu and Back help in navigating through the phone, with the Home button also doubling up as an app switcher on long press. 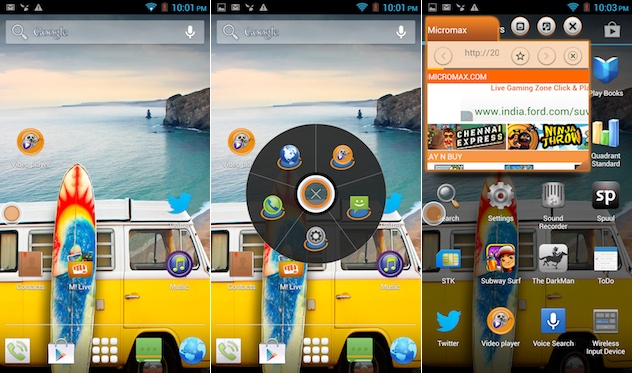 You also get lock-screen widgets  on the Canvas Turbo - an Android 4.2 feature. You can choose from the Clock, Camera, Gmail, Google Now and Messaging widgets in addition to widgets offered by third-party apps installed on your phone. These widgets offer 'glance-able' information from the apps and allow users to perform certain app actions even when the phone is locked.

The phone also offers another Android 4.2 feature, Daydream, that displays photo albums or the clock while the phone's charging. The option to wirelessly mirror the Canvas Tubro's display with an HDMI enabled device through a wireless display adapter is also present.

Just like the Micromax Canvas 4, the Canvas Turbo also features some software tricks, including a new lock screen mechanism that allows the phone to be unlocked with a blow of air or if the phone is shaken. This can be activated through the M! Unlock app that has been developed in partnership with FoneClay. It works as promised but disables the lock screen widgets, so we just feel it's too gimmicky. It's not enabled by default.

Most of the other software features on the Canvas Turbo are similar to the Canvas 4 and you can learn more about them by reading our review of the phone.

In addition to other features the Canvas Turbo also includes an iFloat Tray, a circular assistive button that stays on the screen and offers shortcuts for launching the Phone, SMS, Video Player and Browser apps in floating mode for easier multitasking. For instance you can read and reply to an SMS while using another app, without switching to the SMS app through its floating app.

The Canvas Turbo also offers FM radio and FM radio recording. The phone also offers gestures like flip to silent, ability to answer the phone by bringing it near to the ear, and dial the number on the screen when the user brings the phone near the face.

Micromax has replaced its own instant messaging app, HookUp with a Micromax-branded version of Hike, the mobile messaging app from Bharti Softbank. It has also pre-installed the movie streaming app Spuul, that allows users to watch movies for free.

Performance
The Micromax A250 Canvas Turbo is powered by a 1.5GHz MediaTek MT6589T quad-core processor with 2GB RAM onboard, and PowerVR SGX544MP GPU. There is 16GB of internal storage, 13.4GB of which is available to the user.

With Android 4.2 Jelly Bean, the overall experience of navigation through the interface was pleasant, thanks to the phone's quad-core processor. We did not experience any lag while launching apps, playing games, scrolling web pages or switching between apps. It is safe to say that performance wise, the Canvas Turbo scores well. We were able to play games like Jetpack Joyride, Subway Surfers, without encountering any lag. However, graphics intensive games like Asphalt 7 did not run smoothly on the phone. 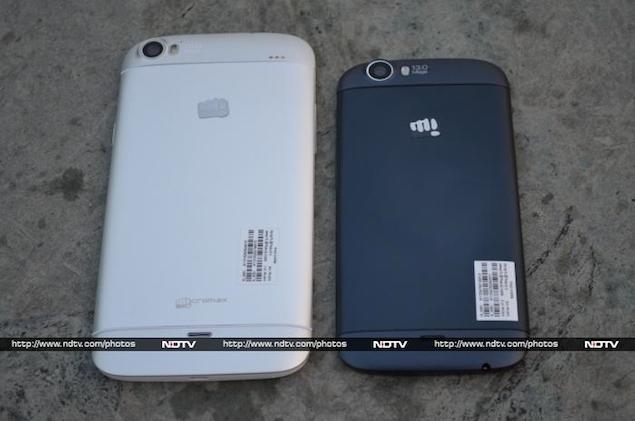 We were also able to play full-HD clips on the Canvas Turbo, with the phone supporting formats like .AVI, natively, though we experienced some issues with audio while playing an MKV format video. This was easily fixed by downloading a third-party video player. The speaker on the phone delivers average quality sound at high volume levels, but there's some minor muffle when the phone lies on its back, as the speaker grill is located on that side. The headphones that come with the phone offer average quality sound output. Call quality was good, during our testing process.

The Canvas Turbo comes with a 2,000mAh battery, and based on our experience, it will last you a full day. With medium to heavy usage, including 1-1.5 hours of phone calls, two e-mail accounts with push notifications, screen at maximum brightness, playing some music and video clips (about an hour), casual web browsing, Twitter notifications and WhatsApp chats, the phone lasted 8-9 hours. We had put the phone on Wi-Fi for about a few hours while the rest of the day it was connected to data via 3G. We had turned off auto-brightness, and the phone was on the highest level of brightness. Altering these settings might help in running the phone for a longer duration, depending on your usage pattern.

Verdict
The Canvas Turbo is a minor upgrade over the Canvas 4, leaving aside the full-HD display, which in our opinion is not the best one we've seen. At a similar price range, the Gionee Elife E6 is a better option in terms of display quality and overall performance. The Spice Pinnacle FHD Mi-525 at a lower price, also makes for a better alternative.

The best part about the Canvas Turbo is its build quality, though you'll need to compromise with things like the absence of a memory card slot or removable battery.

The camera is still below par when compared to other phones in the segment, making the Canvas Turbo a very average full-HD phone, at best. 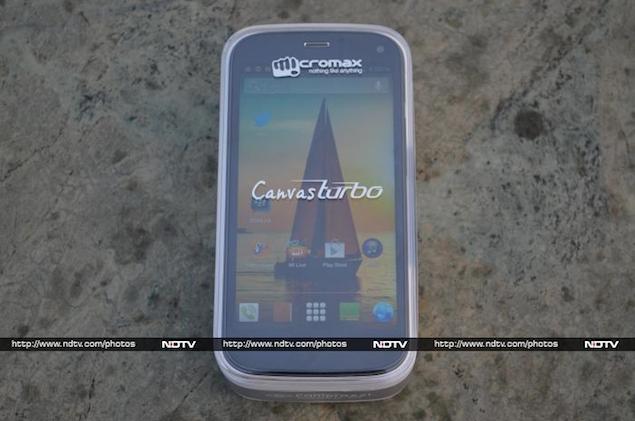 It offers the same software features that were first seen on the Canvas 4. We found these features to be gimmicky and these can be added with the help of some third party apps available on the Google Play Store.

Available at a price point of Rs. 19,990, the Canvas Turbo tries to pack in a lot of features but doesn't excel at anything. In the same price range, you could also perhaps look at the  Nokia Lumia 720, the Sony Xperia C and the HTC Desire 500.

product Micromax Canvas Turbo is the company's first full-HD display equipped flagship phone. We find out if it lives up to the hype surrounding it.