Share on Facebook Tweet Snapchat Share Reddit Email Comment
Indians, like many others, are obsessed with the selfie and smartphone makers are only happy to oblige. While some feel this menace should be banned, there's no denying that the trend has given birth to niche market for gadgets and accessories to fulfil your selfie appetite. After our recent outing with the Asus Zenfone Selfie (Review | Pictures), which happened to be a pretty decent phone, we have the second generation of Micromax's offering based on the same theme, the Canvas Selfie 2.

Unlike Asus, Micromax is targeting the cash-strapped individual for whom pouting in front of a lens is almost a religion. At Rs. 5,999, it's one of the cheapest 'selfie' smartphones in the market, but is it worth it? Let's find out.

Look and feel
The build and finish of entry-level smartphones have certainly improved over the years. The Canvas Selfie 2 actually has decent construction quality and the plastics used don't feel overly cheap. Micromax has borrowed some design elements from its Yu series, which makes the phone comfortable to hold with a firm grip. There's a soft-rubber finish for the sides and a rougher texture for the back panel. 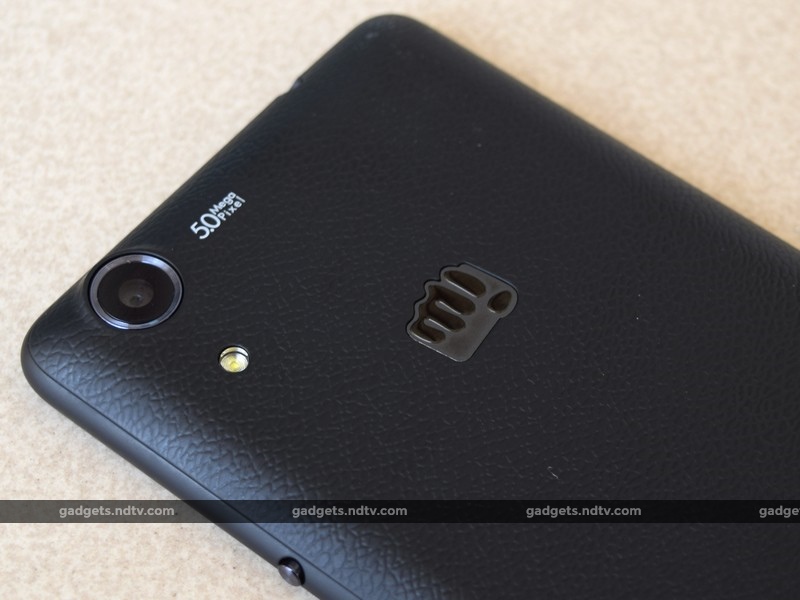 In the front we have a 5-inch, IPS display with a 480x854 resolution, which is quite low and results in slightly jagged icons and text. The selfie camera has a 5-megapixel sensor and is placed towards the centre of the top. There's also a notification LED between the camera and earpiece.

The phone has capacitive buttons for navigation, which are thankfully backlit. The power button and volume rocker are on the right and are comfortable to reach. The Micro-USB port and headphones socket are at the bottom and top respectively. The primary cameraalso has a 5-megapixel sensor, which presumably keeps the cost of the phone as low as possible. There's a single LED flash to accompany it, and a Micromax logo in the centre. The speaker is placed at the bottom.

The2000mAh battery is removable. There's also room here for the two 3G SIM slots and a microSD card. In the box, you get a modular charger, in-ear headset, instruction booklet and screen guard.

The Canvas Selfie 2 is 9mm thick and is comfortably light. The phone looks pretty generic on the whole but is built well considering the price. We're surprised that Micromax didn't throw in an LED flash for the front camera given that this is supposed to be a selfie phone.

Specifications and software
Powering the phone is a quad-core Mediatek MT6582M SoC with speeds of up to 1.3GHz, 1GB of RAM, 8GB of on board storage (4.74GB actually usable). MicroSD card support goes up to 32GB. There's also Wi-Fi b/g/n, Bluetooth 4.0, GPS, and FM radio. There's no USB OTG support, GLONASS, or NFC. The phone does not support 4G but you get 3G on both SIM slots. 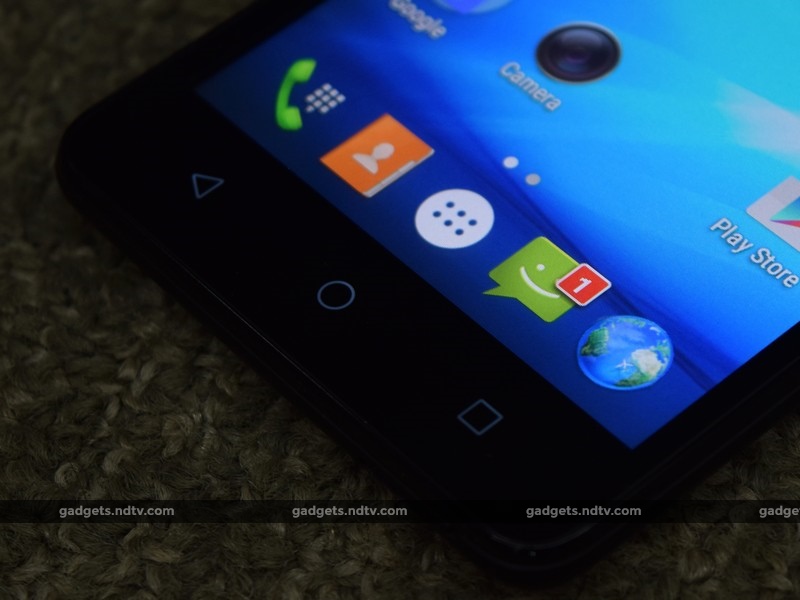 Micromax installs Android 5.0 Lollipop on the Canvas Selfie 2 along with a host of not-very-useful apps. There's no custom skin but you have a choice between the stock launcher and Firstouch launcher. The latter gets rid of the app drawer and lays out all your apps on multiple screens. It's not the best layout and is a bit confusing if you're used to the organised style that an app drawer provides. You also get the option for switching the language to Hindi.

Coming to the pre-installed apps, there's AppBazaar, which is a custom app store; App Center, which is yet another app store with even fewer apps; Chaatz, which is Snapchat-like messaging app, M!Live, which is the company's own app store; and Scandid, which is a deal and coupon aggregator. Other apps include SnapDeal, Quikr, SwiftKey, NewsHunt, Kindle, Hotstar, and Clean Master. 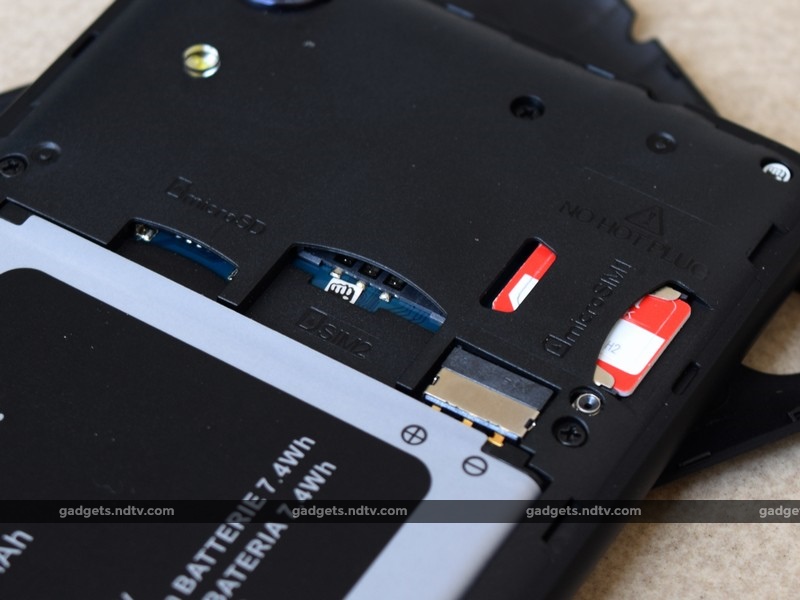 While most of the third-party apps can be uninstalled, you can't get rid of the three app stores, which is quite frustrating since they are redundant and are unnecessarily eating up the limited amount of on board storage space.

Performance
Despite the lowly 1GB of RAM, the Canvas Selfie 2 is not what you'd call sluggish. There's a slight delay in loading apps and demanding games like Dead Trigger 2 doesn't give you the best experience, but on the whole, Lollipop itself runs quite smoothly. Neither the phone nor the display heat up much even when watching a video for a couple of hours. 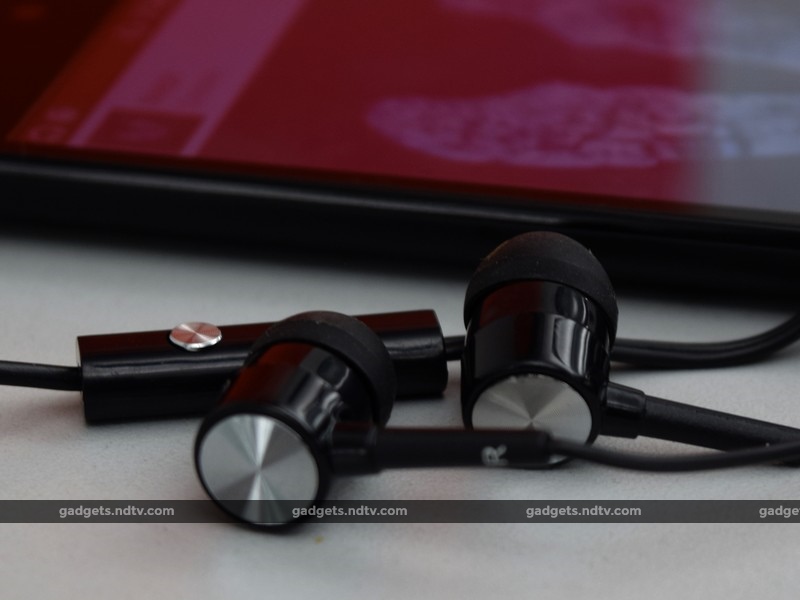 The display and the capacitive buttons don't have the best touch response. We noticed that they would intermittently fail to register our touch input. The screen has decent viewing angles but the brightness level is quite low even when maxed out, which makes using it under sunlight a bit of a struggle. However, colour reproduction is satisfactory.

The quad-core Mediatek SoC managed 20,426 points in AnTuTu and 9.5FPS in GFXbench. This is decent considering the barebones hardware Android is running on.

We didn't have any issue with network stability, and the phone latched on to 3G networks easily. Call quality was also decent with a good volume level for the earpiece. The same goes for the mono speaker, which is sufficiently loud for alerts and media playback. 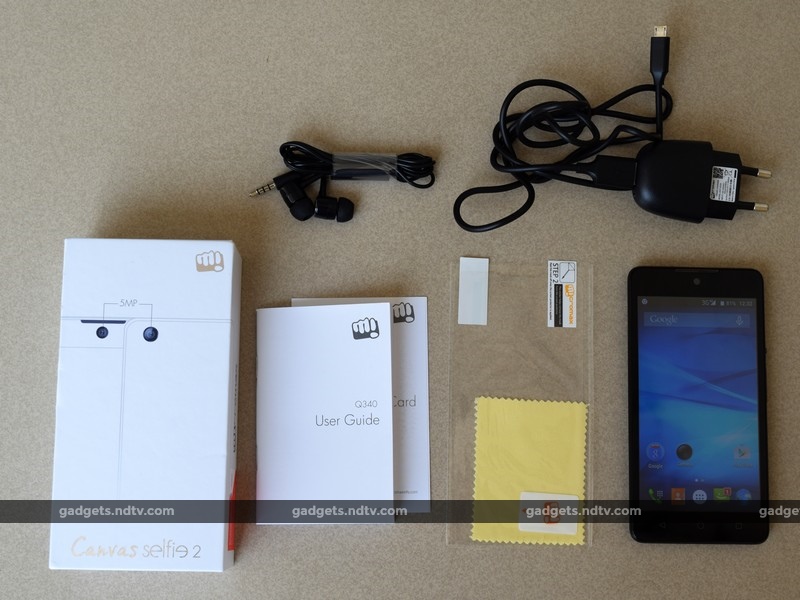 The Canvas Selfie 2 handles full-HD videos and even managed our high bit-rate test files without any noticeable frame skipping. The bundled headset is comfortable to wear and provides decent ambient noise isolation. However, audio quality is not very good so you're better off buying a separate pair. 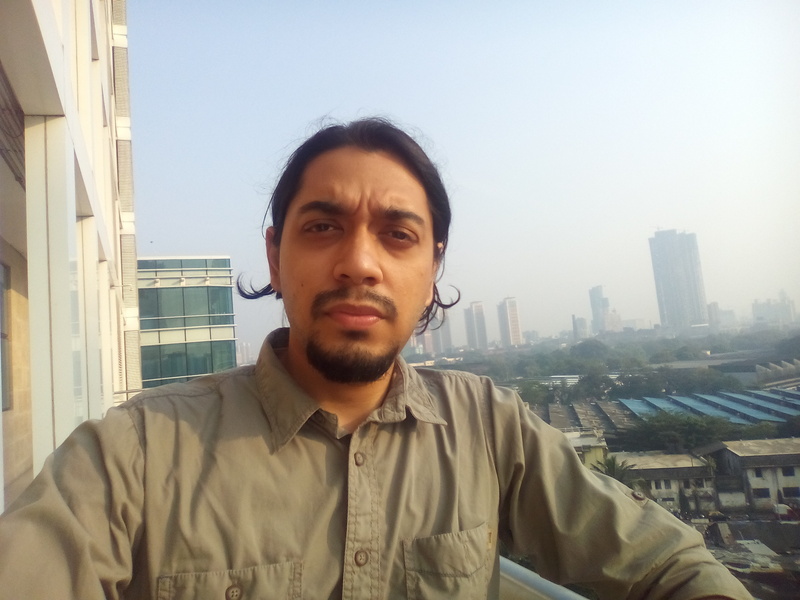 Coming to the main selling point of the phone, the Canvas Selfie's front-facing camera leaves a lot to be desired. We feel that Micromax could have done so much more to make it a true selfie machine. The 5-megapixel sensor in the front does not have auto focus or a flash to help you out in low light. The sensor does a decent job under good lighting though, and you can also have the option of smile detection for automatically taking your picture when you smile, and face beauty to cover up blemishes. 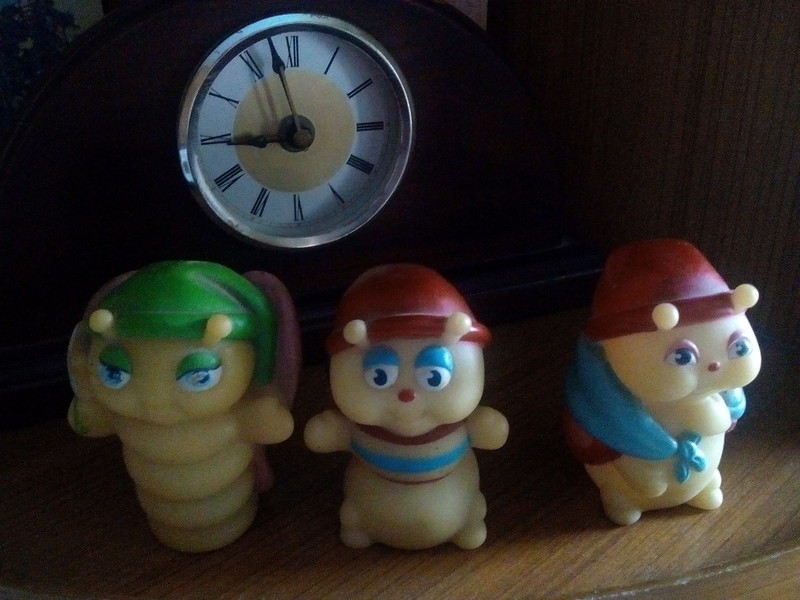 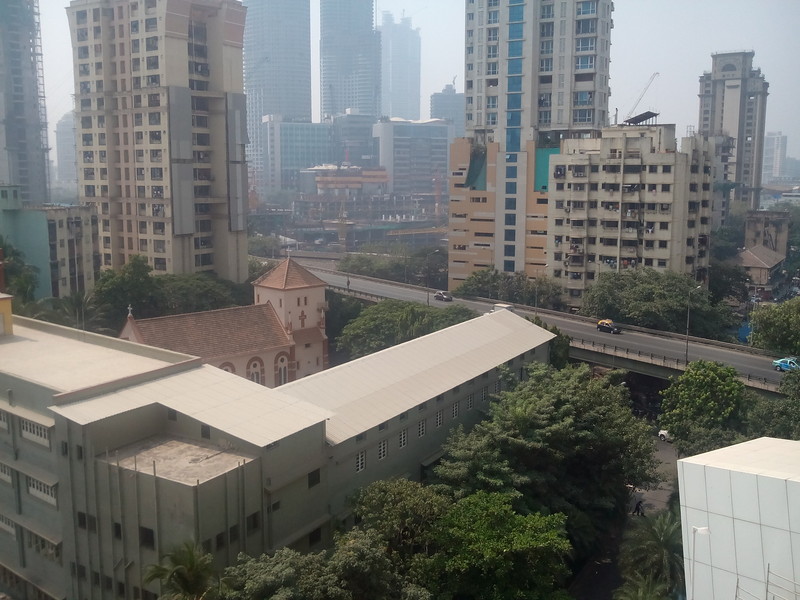 The rear camera has the same sensor but with auto-focus and few more shooting modes such as Night and Live Photo. You can also use HDR mode. The camera interface is very basic and easy to use. Auto focus is decent under good lighting but gets very slow in low light. The level of detail and vividness of colours captured for landscapes and macros is strictly average so you really shouldn't expect too much here. Video recording maxes out at full-HD and the quality is passable.

The 2000mAh capacity battery might seem too little, but due to the low resolution display, you can easily pull off a day's worth of usage. We managed this pretty easily during our testing. In our video loop test, the phone managed to run for 9 hours and 7 minutes before shutting down automatically. 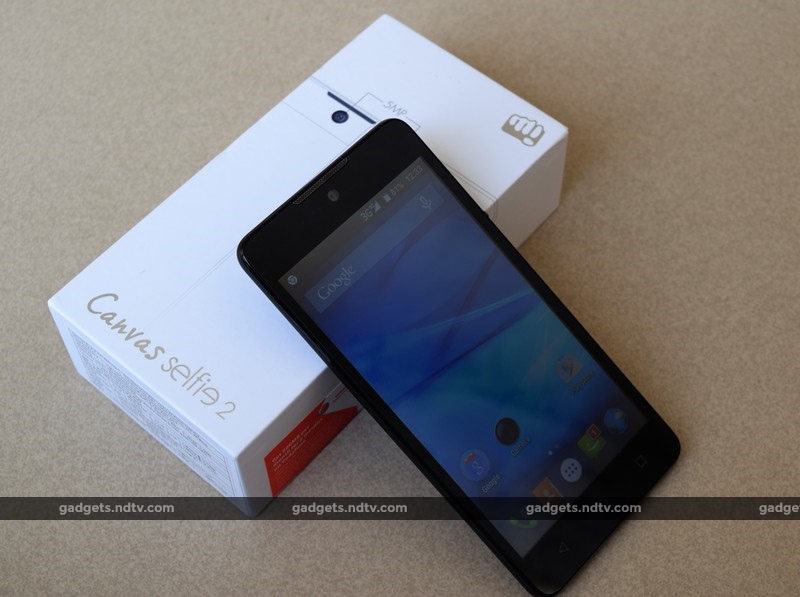 Verdict
The Micromax Canvas Selfie 2 is not the worst option in the sub-Rs. 6,000 price bracket. We feel that the company could have done much more for the front camera considering the phone's whole USP is taking selfies. An auto focus sensor and a flash are the bare minimum requirements in our books fora phone to be called selfie-centric. Without these things, it's just another entry-level smartphone.

The Canvas Selfie 2 has good build quality, supports 3G on both SIM slots, runs Android Lollipop, plays full-HD video and is easy on the wallet. However, the display is low resolution, you can't uninstall the redundant app stores, battery life is average, and the selfie camera leaves a lot to be desired.

If you can stretch your budget a bit more, the Meizu m2 (Review | Pictures) is a good bet as it also has a 5-megapixel front-facing camera but supports 4G and many other features that the Micromax lacks.