Commenting on the launch, Vineet Taneja, CEO, Micromax said, "It has been our constant endeavour to listen to Indian consumers for a better understanding of their ever evolving needs. Inspired by the specific needs of consumers, Canvas Nitro is yet another product from the Micromax stable to democratize technology with amalgamation of superior technology, great design and seamless usability. Our partnership with Snapdeal further simplifies the process for millions of new-age Indian consumers who prefer to shop online to get Canvas Nitro with just a few clicks."

We at NDTV Gadgets got a chance to spend some time with the Micromax Canvas Nitro smartphone, and these are our first impressions. 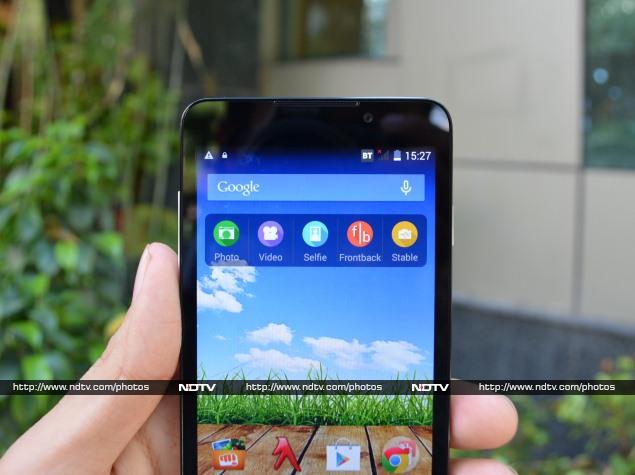 Starting with the design, the 5-inch HD (720x1280 pixel) IPS screen on the Canvas Nitro has an oleophobic coating. While Micromax didn't detail the glass type, it claimed that the oleophobic coating makes the smartphone screen smudge-proof and scratch-resistant. 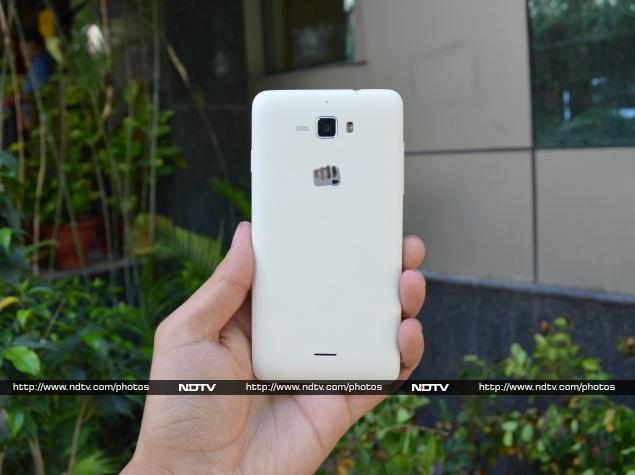 The removable back of the smartphone comes in two colours - Pristine White (see above) and Mesmerising Blue - with a faux-leather texture similar to that of the Samsung Galaxy Note 3. Micromax says that it took the inspiration from a leather back design, but used this finish instead of actual leather, which makes it look premium and keeps it scratch-free. The phone packs a removable 2500mAh battery, which is rated to deliver up to 10 hours of talk time and 320 hours of standby time, according to the company. There is a microSD card option (up to 32GB) along with 8GB of inbuilt storage on the Canvas Nitro.

At first the overall build seems average for a smartphone in this segment, especially when it is compared with the likes of the Moto G (Gen 2), Xiaomi Mi 3 and even the Asus ZenFone 5 which is priced below Rs. 10,000. 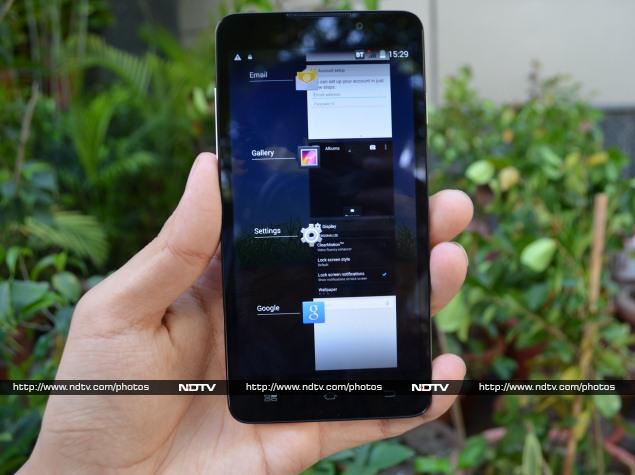 Inside the Micromax Canvas Nitro is a 1.7GHz octa-core MediaTek MT6592 processor, coupled with 2GB of RAM. Micromax says that the MediaTek SoC powering the smartphone can use all eight cores at the same time, "promising seamless multi-tasking and improved application performance."

We used the smartphone for a limited amount of time and it did a fair job with various applications running simultaneously, although we couldn't test any heavy games. The company has implemented an array of customizable smart gestures including pinching and stretching, and two-finger flicks up, down, left, and right, which can be assigned to different actions such as opening a message, taking a call, playing music and more. 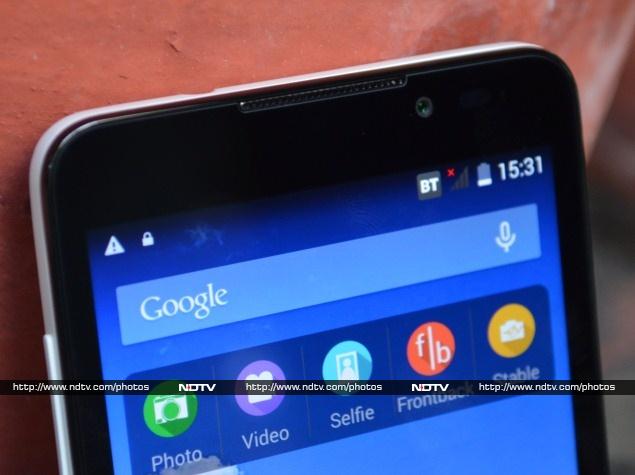 The Canvas Nitro features a 13-megapixel primary camera on the back with an LED flash, and a secondary 5-megapixel front-facing camera. Micromax has put an all-in-one camera widget (see above) on the home screen, which gives users direct access to the Photo, Video (which uses 13-megapixel back camera), Selfie (with front 5-megapixel camera), Frontback and Stable modes.

We took few photos with the main camera in indoor lighting and they appeared average. The detailing on the images was alright. We will test the camera in much more detail when we review the smartphone. 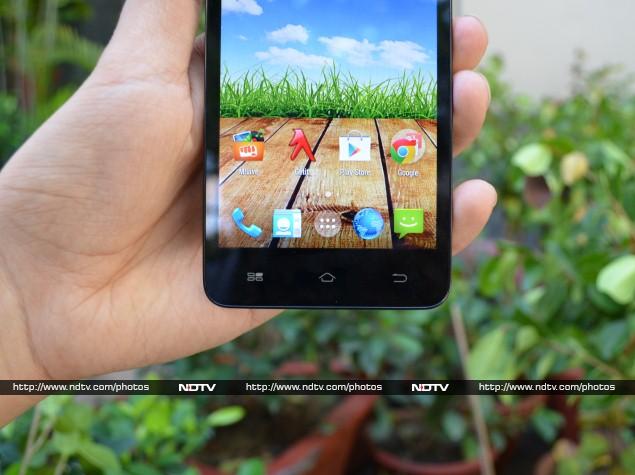 Overall, our initial impressions of the Canvas Nitro are not especially great, and it appears to be lacking features compared to offerings from Motorola and Xiaomi in the same space. We will soon review the smartphone on NDTV Gadgets, so do stay tuned for more detailed observations and comprehensive test results.

product Will the latest smartphone from Micromax be able to compete with Xiaomi and Motorola's new competitors in the same space? Here are our initial impressions.