Micromax Canvas Hue Review: It's All About the Price Tag

Micromax really wants to be taken seriously. As a fledgling company, its products were considered low-quality, low-value knock-offs. "Chinese" wasn't just a description, it was a condescending insult, but somewhere along the way Micromax found its balance and momentum. It didn't matter that its phones weren't built to last; they were priced to move and that's exactly what they did. Customers have clearly been happy enough.

Now, with a flood of companies such as Xiaomi changing the perception of what "cheap" and "Chinese" mean, Micromax has to find new ways to stay relevant. Everyone knows that they can get a lot more for Rs. 10,000 today than they could for Rs. 20,000 not too long ago.

Enter the Micromax Canvas Hue. The company is boasting about features that typically tempt users to step up from the entry-level - the kind of appeal that Samsung, Sony and LG have always traded on. The Canvas Hue boasts of a great screen, good cameras and the latest version of Android. More than that, Micromax is trying to sell an experience. We find out if this is the beginning of a new chapter for the Indian powerhouse brand. 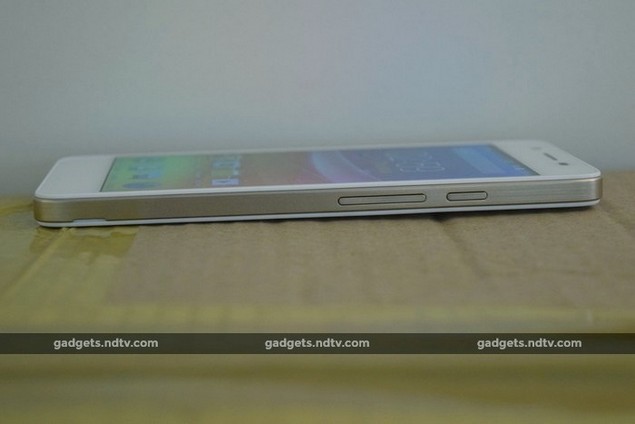 Look and feel
With one look at the Micromax Canvas Hue, we feel disappointed. After all the promise built up, we are faced with yet another iPhone clone. The Canvas Hue has a flat front, a flat rear, curved corners, and a metallic band running around it. The proportions are reminiscent of the iPhone 5, though the styling is much more in line with the iPhone 4 generation. We've seen this exact look so many times before - most recently on the Lava Iris X8 (Review).

That said, the Canvas Hue is fairly attractive and feels well built. It's all white except for the gold band around its periphery - and yes, there's no doubt that this particular shade was lifted from the iPhone 5s. The front face is pretty blank, and you'll only see the three capacitive Android navigation buttons below the screen when they light up. The earpiece on top is flanked by rather prominent black dots for the front camera and sensors. 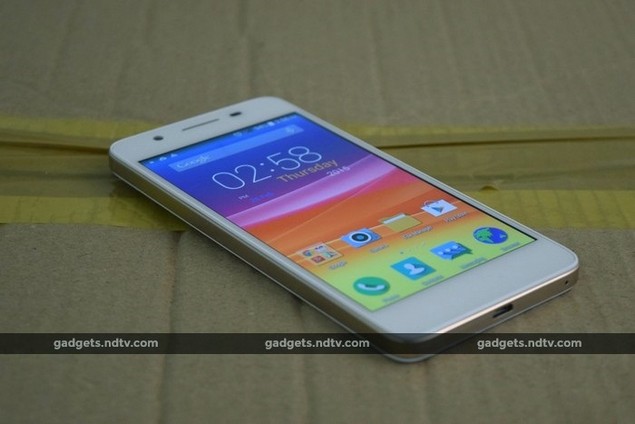 The power and volume buttons are on the right, and are conveniently placed where your fingers naturally rest. The left is blank, and there's nothing unusual about the headset socket on top and Micro-USB port on the bottom. There's a shiny silver Micromax logo in a prominent spot on the rear. The camera and flash are in the upper left corner, and a small speaker grille is lower down.

The rear panel should peel off easily, but unlike other phones designed the same way it's a real struggle to get it off. We felt at several points that we were about to snap the clasps holding it in place. Once off, the only things you'll see are the two Micro-SIM card slots and the SD slot. The battery is concealed by a sticker and is not user-accessible. 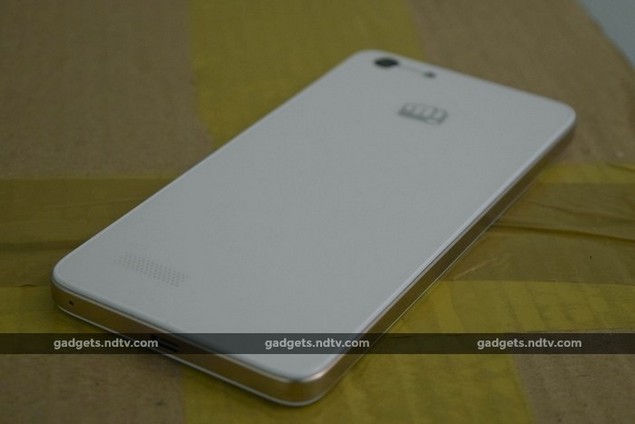 Specifications and software
The screen that Micromax is so proud of is a 5-inch Amoled panel with a resolution of 720x1280. Screens of this type are known to produce bright, saturated colours which really pop. While this makes text, icons, apps and games look great, it tends to also make photos of natural things such as people and plants look unnatural. Some people really like this effect, and it's a matter of personal preference. We personally find that prolonged use strains the eyes a little. Corning Gorilla Glass 3 is a nice feature addition and should help prevent scratches and damage from falls.

The Canvas Hue is powered by the fairly old MediaTek MT6582 SoC, which has four CPU cores running at 1.3GHz and an integrated Mali-400 MP2 GPU. This is by no means a speed demon, which is a surprise considering Micromax's emphasis on a premium experience. There's only 1GB of RAM and 8GB of internal storage. 32GB is the highest microSD card capacity supported. 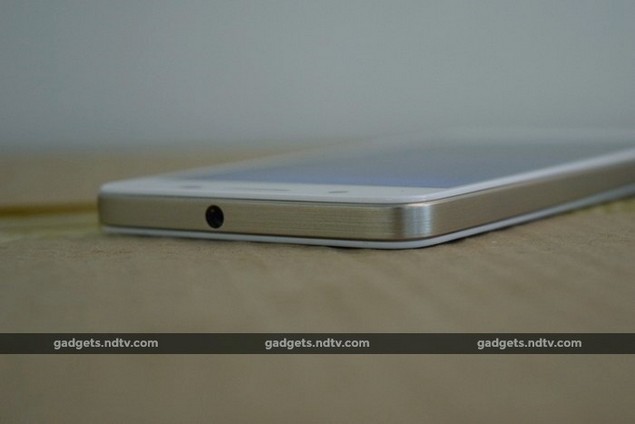 The Canvas Hue is a dual-SIM, dual-standby phone but is not capable of using 4G networks. You get Wi-Fi b/g/n, Bluetooth 4.0, A-GPS and FM radio. Another of Micromax's talking points is the 3,000mAh battery, which is nice to have, but not extraordinary by today's standards.

Micromax has also gone quite far with the software this time. The Canvas Hue runs Android 4.4.2 with a fairly extensive (though unnamed) custom skin. An update to Android 5.0 is promised, though no actual release date has been provided. The company has smartly gone with wallpaper, icons and other graphics that really pop on the AMOLED screen. Everywhere you look, there are bright primary colours and neon highlights. While the Canvas Hue truly lives up to its name in this regard, those who prefer something more understated will be happy to know that there is a fairly large selection of downloadable themes. 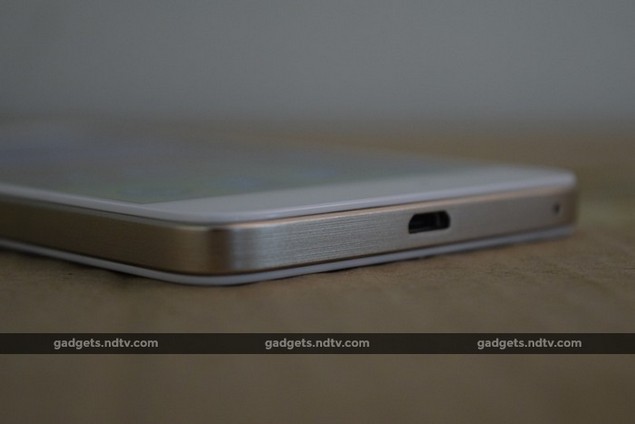 There is no app drawer, and so all icons and widgets will end up mixed around on your homescreens. Some will find this simpler to understand while others will not be happy with the clutter. Sensing this, Micromax has sorted most of the default icons into folders - and there are a lot of them.

There's quite a bit of spam on this phone - a large Trending Apps widget that also displays a banner ad, a default browser homepage full of rubbish affiliate download links, games that you need to pay to unlock, and other such bloat. There's MAd TV, an app that rewards you in points for deliberately watching ads. Clean Master and Trend Micro Dr Safety both claim to help improve performance. Swiftkey is preinstalled and is the default system-wide keyboard. 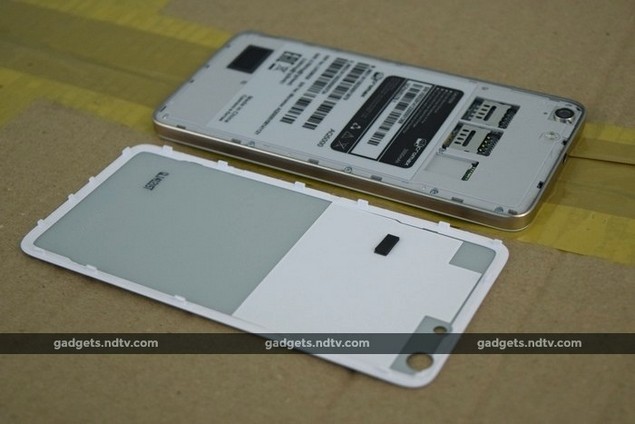 There are loads more apps, and for most people the only useful ones are Opera Mini, Amazon, Hike, and Truecaller. On the other hand, M! Insurance, M! Security, M! Live and M! Games and Trending Apps are of course just advertisements. Quite a few of these cannot be uninstalled, which is infuriating.

Super Power is an app, also available in the Settings menu for some reason, which mimics Samsung's and other manufacturers' ultra-battery-saving modes. It changes the screen to monochrome, turns off background data and apps, limits wireless communication, and only lets you use basic apps. When turning it on, you'll see a handy graphic informing you of how much time you can expect the battery to last given its current charge level. 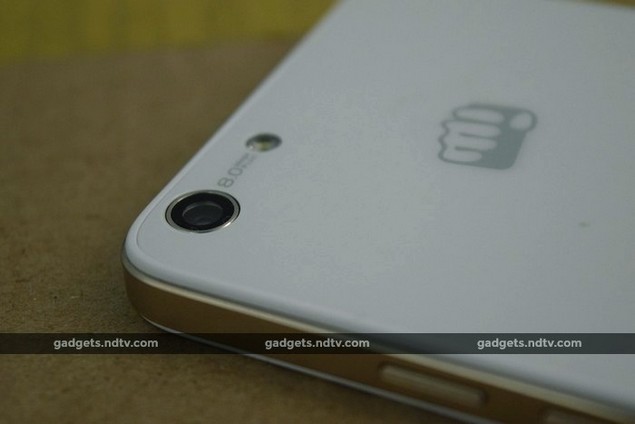 Performance
While the Canvas Hue feels reasonably fast when just flipping through its interface, the overall performance was quite disappointing. Apps and games took a little while to load, and there was slight lag when exiting some apps and going back to the homescreen. Casual games ran well, but we noticed that the rear and top got quite warm when we did anything heavy.

Benchmark results were disappointing. The Canvas Hue scored 18,341 in AnTuTu and 7,149 overall in Quadrant. Graphics scores were especially poor, coming in at 7fps in GFXbench and 3,148 points in 3DMark Ice Storm. With few exceptions, this phone is handily outperformed by models such as the Asus ZenFone C (Review | Photos) and Lenovo A6000 (Review | Photos), both of which cost quite a lot less. It almost goes without saying that Xiaomi's Redmi Note 4G (Review | Photos) and Micromax's Yu Yureka (Review | Photos) offer significantly better performance at lower prices too. 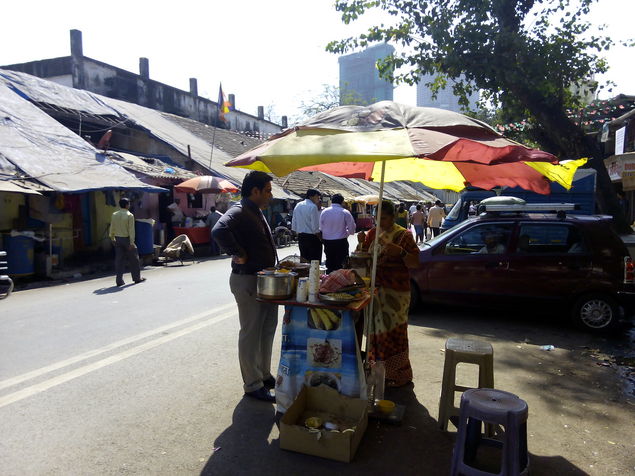 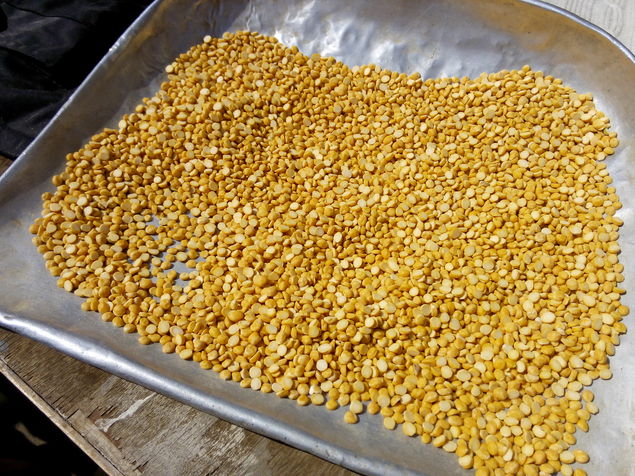 But benchmarks alone are not an indicator of worthiness. We tried several real-world tests as well. This phone did not falter when playing heavily encoded 1080p video clips. The integrated speaker is absolutely awful for music - we almost couldn't bear to hear our test tracks ruined so thoroughly. However, the bundled headset is surprisingly good and music sounded quite warm without distorting even at high volume levels.

We were also a little disappointed with the quality of images captured with the Canvas Hue's rear 8-megapixel camera. More than anything else, there seemed to be way too much compression, which killed textures and gave organic subjects such as plants and food an artificial sort of look. Close-up shots taken in daylight were pretty good, though anything at a distance tended to be reproduced rather poorly. The camera also seemed to have trouble measuring exposure in some situations, and contrasts of light and dark were not handled well. Shots taken at night required at least some direct light in order for anything to be visible. Street scenes worked, but areas with only ambient lighting were complete losses. 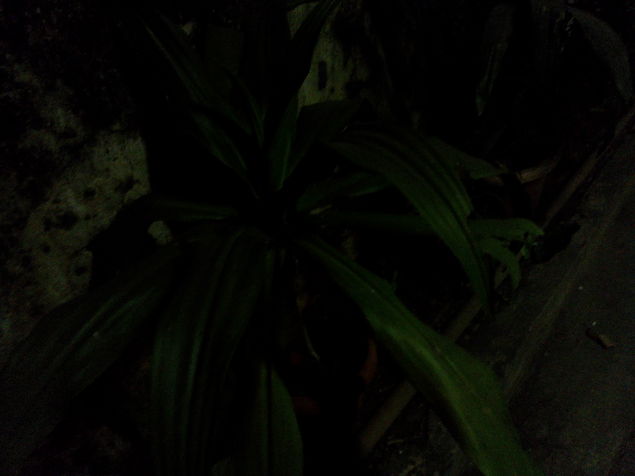 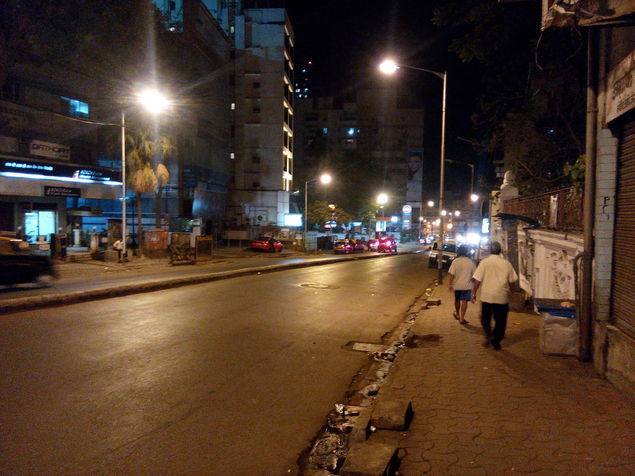 We were happy that the battery lasted 9 hours, 21 minutes in our video loop test. This is pretty good, and lives up to the company's claims. The bundled charger and cable are of decent quality. We liked the fact that there was an adhesive screen protector and a small microfiber cloth in the box as well. Most interestingly, Micromax includes a printed flyer with SAR information which states that this phone's Head SAR is 0.76W/kg, and also includes FCC and WHO advice. 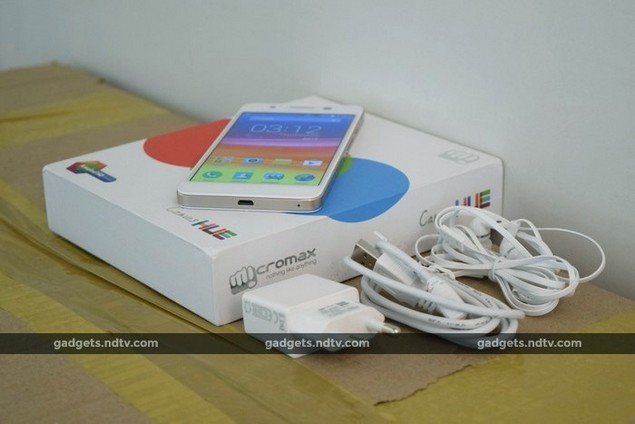 Verdict
While the Micromax Canvas Hue is a decent phone, it does not seem to live up to the price it commands. This phone would have seemed like a steal one year ago, but there are loads of models in the market today that perform better on many fronts, including Micromax's own Yu Yureka. Sure, availability of many of those models is restricted, but that doesn't mean this phone is worth a few thousand rupees more than they are. We think a price adjustment would make this a much easier phone to recommend. 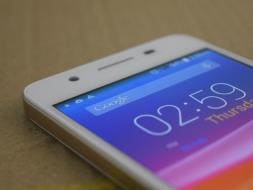