Micromax Canvas A1, Karbonn Sparkle V, Spice Dream Uno Review: Android the One for Me?

Google unveiled the Android One initiative at its annual developers conference in June with Micromax, Karbonn, and Spice confirmed as the launch partners. Under the programme, manufacturers benefit from lower cost of development, by sharing integration and testing resources with Google. Android One customers are promised regular software updates, so this sounds like a win-win, at least on paper.

Last month, the three Indian companies, along with Google, unveiled the Micromax Canvas A1, Karbonn Sparkle V, and Spice Dream Uno boasting identical specifications. So how do these smartphones perform in the real world? Let's find out.

Design and Display
All three smartphones are pretty similar in terms of looks, with a plain rectangular design with curved edges and three capacitive touch buttons below the 4.5-inch FWVGA 480x854 display. There's no Gorilla Glass protection but you do get a 2.4-megapixel front shooter, unlike some of the other smartphones in this price range. 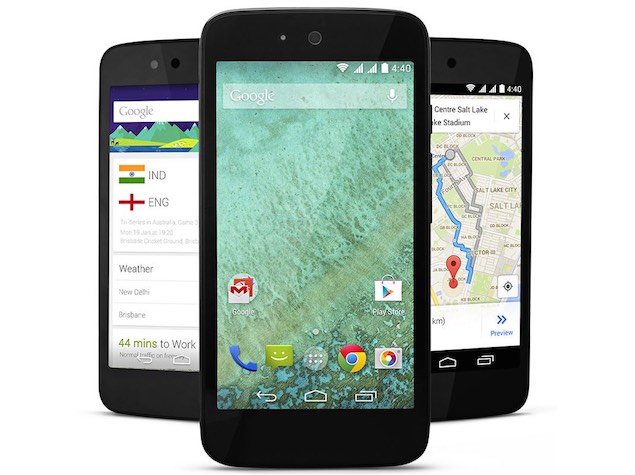 The Micromax Canvas A1 and the Spice Dream Uno also come with a notification LED next to the ear piece. While it's hard to distinguish between the three smartphones from the front, the differences at the back are a little bit more pronounced. For starters, there's prominent branding of each brand at the back, and Micromax comes out looking the worst thanks to a rather tacky looking company logo. There's Android One branding towards the bottom on all three phones, just above the speaker grille.

The top has a 5-megapixel rear shooter and LED flash, with Micromax and Karbonn opting for integrated circular and rectangular modules respectively, while Spice has gone with distinct camera and flash modules. All three models are made out of decent quality plastic that doesn't feel cheap, and each has a slightly different feel - which one you prefer at the end of the day is going to be down to personal taste. There's not much to choose between the three smartphones in terms of physical dimensions either. At 136 grams, the Micromax is rated 2 grams lighter than the other two, but the difference isn't noticeable while holding the smartphones.

Though the three smartphones are rated identical in terms of specifications, each display is calibrated a little differently. The Spice Dream Uno appears more vibrant in terms of colours, but the other two displays are more natural and offer a more accurate representation of the objects when compared to real world.

Camera
In terms of image quality, there's nothing to choose between the three smartphones, with the 5-megapixel rear and the 2.4-megapixel front shooters capable of clicking decent pictures, though the resulting images lack detail. That's not entirely unexpected given the price of the smartphones. The lowlight performance is also average, and if you are looking at phones that punch above their weight in this price range as far as image quality is concerned, we suggest you look at the Xiaomi Redmi 1S (Review | Pictures) or the Lumia range of smartphones like the Nokia Lumia 525 (Review | Pictures), which are our personal favourites at the price.

Android One smartphones ship with the recently unveiled Google Camera app that comes with features like Lens Blue, Panorama, Photos Sphere, Timer, and a grid to help you align the subjects in your photos. You can also change the aspect ratio and quality (size in megapixels) of your images. While the phones don't come with a dedicated camera button, you can use the volume up or down button as the shutter.

The front camera supports 720p video, while the rear camera comes with support for 1080p full-HD video. It's worth pointing out that before clicking any pictures, you'll need to insert a microSD card, as the app does not support saving pictures or video to the internal storage of the phone.

Software
The three phones come with Android 4.4.4 out-of-the-box and the fact that Google is in control is evident from the home screen itself. Apart from the dialler and messaging apps, the two other apps on the home screen are Chrome and Google Camera. Present right above is a folder with other Google apps - Gmail, Google+, Photos, Maps, Calendar, Keep, Drive, YouTube, Play Music, Play Games - and the Play Store. 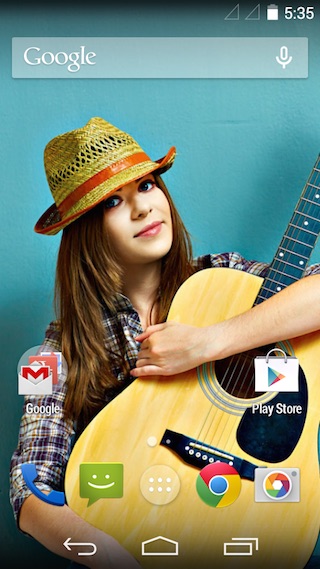 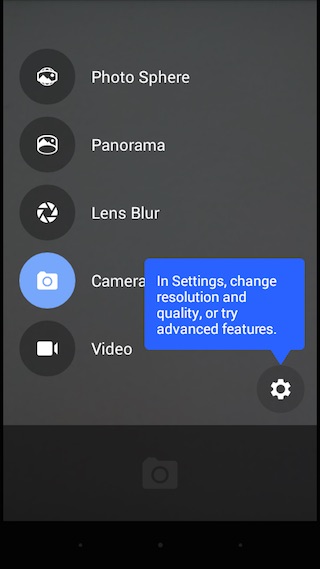 The phones come with the Google Now Launcher that puts the oh-so-helpful Google Now cards just a swipe away. You can also interact with Google by simply saying 'Ok Google' at the home screen. All three phones are identical in terms of the software experience they offer, except for the fact each comes with a different set of non-removable third-party apps pre-installed. The overall Android experience is how Google intends it to be and the lack of custom UI and bloatware is a refreshing change compared to most smartphones at this price range.

Android One smartphones of course come with the promise of timely software updates directly from Google, and should be amongst the first set of devices to receive the forthcoming Android 5.0 Lollipop update.

Performance and battery life
All three smartphones are powered by the identical MediaTek MT6582 SoC with a quad-core processor clocked at 1.3GHz. They come with 1GB RAM, a bit of luxury - though not exactly unheard of - at this price bracket. Of the 4GB internal storage, 2.03GB is accessible to users on the Spice phone, while 2.07GB is available on the other two. Thanks to the decent specifications and lack of UI-related bloat, these smartphones excel at day to day activities and basic multi-tasking.

You'll have no problems with casual games like Temple Run 2 and even more intensive titles like Asphalt 8 run fine, though you may experience occasional frame drops. The level of details on these titles is of course less than what you'd see on, say, the Sony Xperia Z3 (Review | Pictures), and you'd be silly to expect otherwise.

All three phones are dual SIM GSM + GSM offerings with support for Micro-SIMs. The phones are pretty much identical in all respects and in our various synthetic benchmarks, they scored within margin of error of each other. One incident during our testing underlines how identical these phones really are.

For most of the time we spent with these smartphones, we performed identical tasks on them in succession. One time, each smartphone got stuck at the rather trivial task of uploading to Dropbox over Wi-Fi a picture we just clicked. A simple reboot was needed on all three smartphones for the uploads to resume.

Though the smartphones come with a microSD slot, there's no OTG support, which is disappointing since it's a pretty handy way of transferring data quickly between your computer and the phone. The phones do come with mirroring support out-of-the-box, a feature that was added in a recent Android update.

The battery performance on all three smartphones is slightly below average, and if you are a heavy user, you'll find yourself reaching for the charger before the end of the day. Android One smartphones in India also come with other benefits like free (limited) data from Airtel for Android updates and app downloads, free 12 month subscription to publications on Newsstand, with the ability to watch YouTube videos offline coming soon.

Verdict
While many expected Google to bring Nexus-like discounted hardware and shake up the entry-level segment with Android One, it's clear that the Mountain View-based giant wants to shift the focus away from hardware to the overall experience. While the first set of Android One smartphones boast of identical specifications, this will change when new models are released, and Google's big idea is you should get the same, great Android experience irrespective of the hardware.

So does it make sense to buy one of these smartphones? If you value the overall experience and software updates - and you should - then the Android One smartphones make a lot of sense. If you prefer specifications and slightly better battery life, then the Xiaomi Redmi 1S makes a lot of sense despite problems like heating issues and lack of RAM available for apps that the company has tried to address in a recent software update. If you are someone who's looking for better camera performance on a budget, consider one of the budget Lumia offerings.

Finally, which one of the three should you buy? Take your pick. The smartphones are identical in pretty much everything and ultimately the decision will come down to the brand you trust the most, and the deal you are getting with the smartphone. Bear in mind you'll need a memory card to do even basic things like clicking pictures, so make sure you get one while buying the phone.

product We review the Android One handsets by Micromax, Spice, and Karbonn.

Micromax Canvas A1, Karbonn Sparkle V, Spice Dream Uno Review: Android the One for Me?
Comment