Share on Facebook Tweet Snapchat Share Reddit Email Comment
The Micromax A89 Ninja is a budget Android smartphone that first made an appearance on the company's website in late-January, though the listing was without a price tag. It started retailing online a few days following the listing for Rs. 6,490. This dual-SIM phone is one among Micromax's wide range of low-priced Android phones, but is it worth picking over a similarly priced feature phone? We try to find out.

Build/Design
On first look, the phone doesn't evoke any emotion. It more or less follows the same design language that we've seen in other budget Android phones from Micromax. It has rounded corners, a chrome frame and a plastic back cover.

The front features a 4-inch screen, three capacitive touch buttons - Menu, Home and Back, for navigation, and a light sensor.

The glossy back features a 3-megapixel-camera lens surrounded by a chrome ring, towards the top and a speaker grill near the bottom. The back also sports Micromax branding. The power/screen lock key sits on the right side, while the volume rocker is located at the left. All buttons also sport the chrome finish. The micro-USB port and 3.5mm headset jack is at the top of the phone. Build wise, the phone feels sturdy and durable. 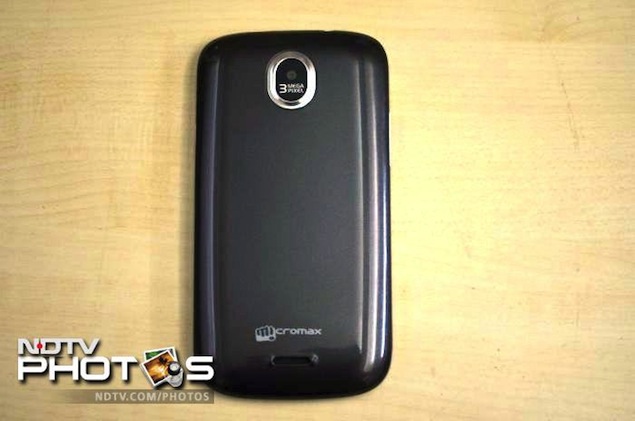 In terms of hardware, the device is powered by a 1GHz dual-core processor with 512MB RAM, and has 2GB internal storage expandable up to 32GB with microSD card.

The Micromax Ninja A89 is a dual-SIM smartphone and supports GSM SIM card in both the slots. The SIM Card slots and a slot for the microSD card hide behind the back cover just above the battery slot. Unfortunately, the SIM cards are not hot swappable and you'll have to take the battery out if you want to replace either one of them. The microSD card is hot swappable though.

Display
The Micromax Ninja A89 comes with a 4-inch 262k-colour capacitive touch screen sporting a resolution of 480x800 pixels. We found the screen resolution to be decent for a device of this size, and the graphics and text appeared fine. The viewing angles looked good, and the under-sun visibility on the phone was decent, though we found the screen to be pretty reflective.

Camera
The 3-megapixel shooter takes decent images in daylight, although we feel that colour reproduction could have been better. Also, we observed that pictures taken in low-light conditions and indoors were a bit grainy. 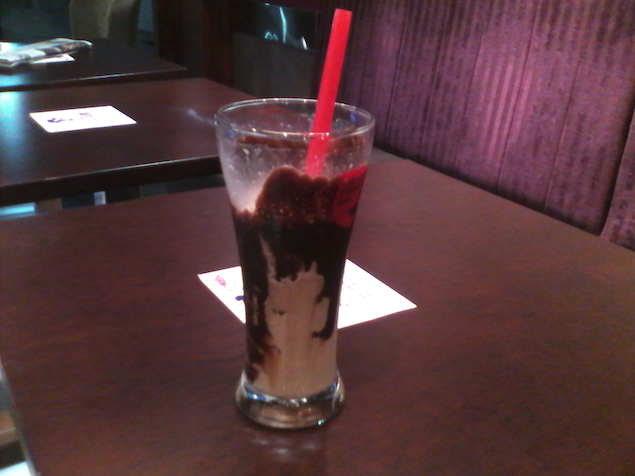 The quality of videos captured through the back camera was average. 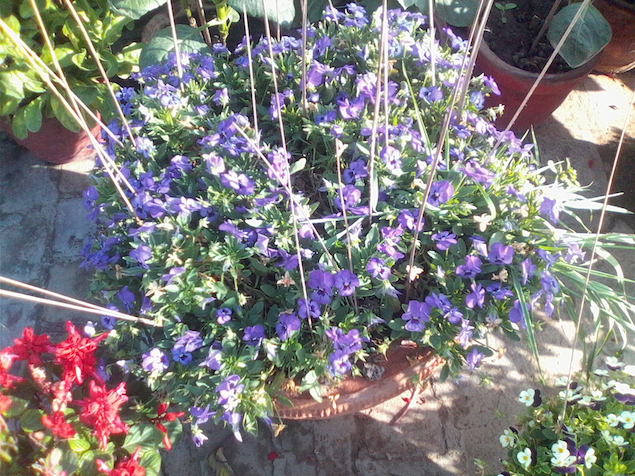 Overall, we feel that the phone's good for casual photography. The phone doesn't feature a front facing camera.

Software/ Interface
The Micromax A89 Ninja runs Android 4.0.4 (Ice Cream Sandwich). Micromax has skinned some elements of the user interface, such as the notification tray. The notification tray includes toggles for settings such as Wi-Fi, Brightness, Rotation, Bluetooth, GPS, Data and profiles (for alerts and other notifications). Similar to other ICS devices, there are five customisable home screens that can be filled with app shortcuts and widgets.

Micromax has also included some of its own apps including its own apps and content store, M! Store, and services store, M! Zone, in addition to its messaging app, HookUp, and friends locator app, M! Buddy and a game (Fruit Devil). The handset also offers FM Radio. 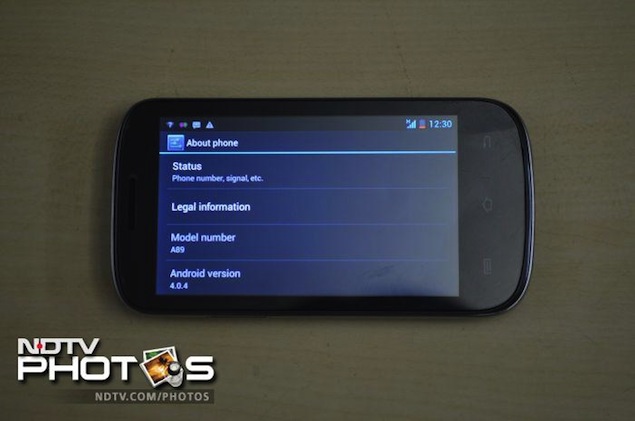 The handset sports three capacitive buttons - a Menu key, Home button and a Back key. Long pressing the Home key opens the app-switcher for switching between open/previously accessed apps. To be honest, we find the menu button redundant. Perhaps, Micromax could allow users to use the menu button exclusively as the app-switcher, on the lines of newer HTC phones. We're glad that the phone features stock icons, unlike the A110 Canvas 2.

During our use of the phone we noticed some minor lag, especially while playing games, but other than that, we'd rate our overall experience as above average. We expected a bit more from a phone that runs on a dual-core processor. We're not sure if the phone would get updated to Jelly Bean, which offers a smoother user experience compared to ICS.

Performance/ Battery Life
The phone is powered by a 1GHz dual-core processor that is a MediaTek chip, and has 512MB of RAM on board. We did not encounter any crashes while working on the phone and multitasking was comfortable. We did notice some lag while navigating through the menu, and while playing some games. We were not able to play 1020p HD video clips, and 720p clips also stuttered. The phone also doesn't support .mov videos natively, but that can be easily fixed by downloading third-party video players.

The phone comes with the native Android browser and renders all webpages well. It doesn't come with Adobe Flash. The speaker on the phone delivers good quality sound with average volume levels. Also, since the speaker is located at the back, the volume levels further decrease when the phone lies on its back.

The Micromax A89 Ninja comes with a 1450mAh battery and it's one of the major pain points of this phone. With intermediate usage during the day, including playing games, an hour of phone calls, and e-mail and Twitter notifications turned on, the phone just lasted half a day, or just 7-8 hours on a single charge, which is very disappointing. But it's worth mentioning that we had turned off Wi-Fi and the phone was hooked on to a 3G network, with brightness set to the highest level, during our use.

Verdict
The Micromax A89 Ninja is a decent budget smartphone for anyone looking to step on to the Android bandwagon but doesn't want to spend more. However, we wish Micromax could have shipped this phone with Android 4.1 Jelly Bean. 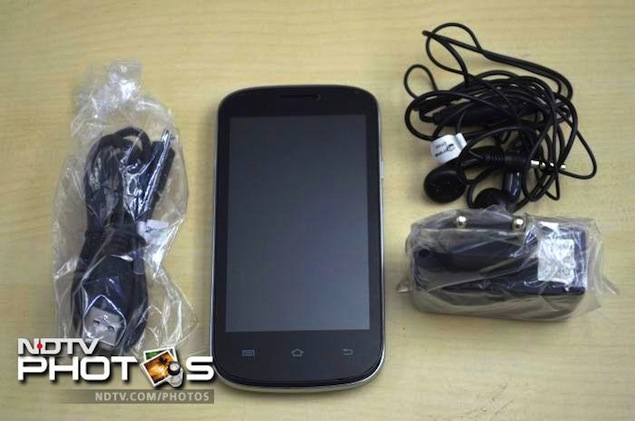 Other Android smartphone options that you could look at include the Lava Iris N400, Karbonn A6 and Xolo A500. If you don't really care about a rich app ecosystem, or multi-tasking, you could also consider the Nokia Asha 311.

Micromax A89 Ninja: In pictures

product The Micromax A89 Ninja is a budget Android smartphone that runs Android 4.0 ICS.