Micromax is rapidly expanding its Canvas portfolio and the latest addition is A88 Canvas Music. Available for Rs. 8,499, this smartphone comes with free JBL Tempo headset. The company is also offering Micromax A88 Canvas Music owners unlimited music downloads for three months from M!Live mobile Web application. So is this music phone a smart buy? We find out in this review.

Hardware/ Design
Micromax A88 Canvas Music looks very similar to Micromax A116 Canvas HD. The smartphone has a plastic body with rubberised back for a steady grip. The thin chrome lining at the edges and the well-rounded corners make the smartphone look presentable.

Its curvy back makes the smartphone appear bulkier than it actually is. Canvas Music weighs 136 grams and feels comfortable to hold. It has a 4.5-inch display, which is neither too big nor too small, by today's standards. 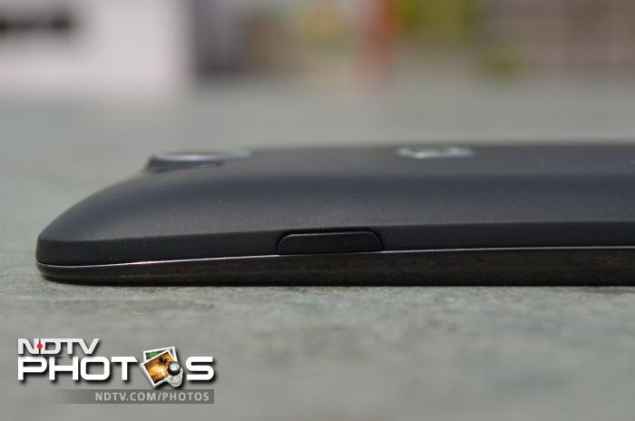 Most of the front is taken by the screen and there are three capacitive Android buttons - Menu, Home, and Back for respective functions.

Display
The Micromax A88 Canvas Music sports a 4.5-inch display with a resolution of 480x854 pixels and a pixel density of 217ppi. This is not one of the best displays we have seen on a sub Rs. 10,000 smartphone. Pictures and videos look washed out and at times it becomes difficult to read text.

The screen is reflective and under sunlight legibility is just about average. The viewing angels are bad. The smartphone lacks the ambient light sensor, and as a result auto-brightness option is missing.

The screen is also a fingerprint magnet and prone to scratches.

Software/ Interface
The smartphone runs Android 4.1.1 (Jelly Bean). Micromax has skinned some elements of the user interface, such as the app icons and the notification tray.

Even the lock screen appears to be slightly different on the A88 Canvas Music. It offers quick access to dialler and SMS application. The notification tray includes toggles for settings such as Wi-Fi, Brightness, Rotation, Bluetooth, GPS, Data, Screen timeouts and profiles (for alerts and other notifications). 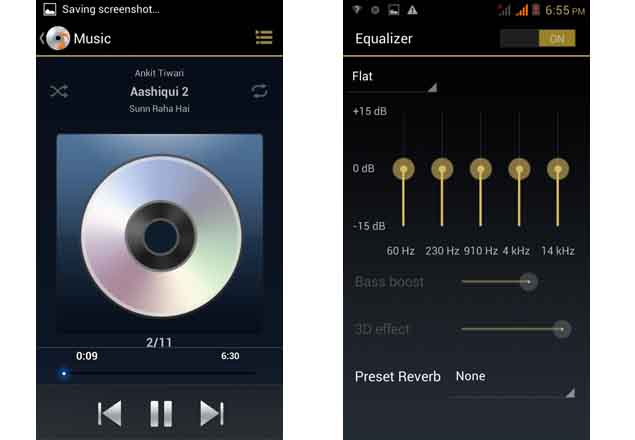 The smartphone comes with nine customisable home screens that can be filled with app shortcuts and widgets.

Micromax A88 Canvas Music comes pre-loaded with Micromax's own suite of apps such as HookUp!, M! Zone+ and M! Live. HookUp! is a messaging service while M! Zone+ lets you schedule SMS alerts for various services such as Jokes, Astrology, love tips, Cricket, et al. M! Live is catalogue of over 3 lakhs songs in various languages including English, Hindi, Gujarati and Punjabi.

Trial versions of games such as The DarkMan and Fruit Devil come pre-loaded on this smartphone.

Camera
Micromax Canvas Music comes with a 5-megapixel rear camera along with dual LED flash. The images clicked through the camera in broad daylight are decent. However, the dual LED flash tends to make the images too bright at times. 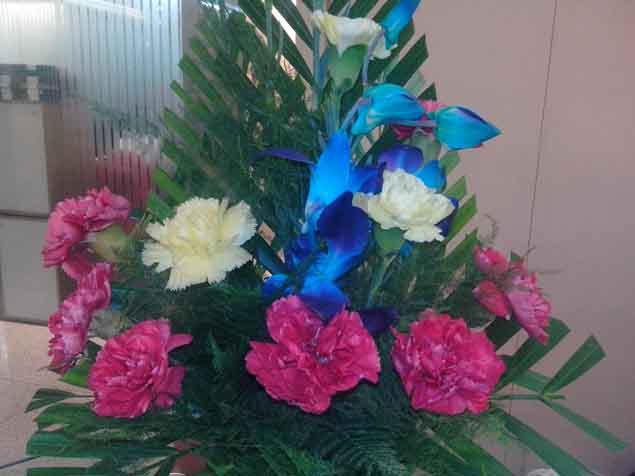 The shots clicked in low-light are a bit noisy. The camera is also capable of capturing videos at 720p HD resolution, which are of average quality.

The Camera app leaves out the Panorama mode, but offers a burst mode. The phone offers three basic modes - Face Beauty, HDR and Photo. The Photo mode allows users to modify settings like exposure, colour effect, ISO and white balance, among others. There's a self-timer of up to 10 seconds as well.

The smartphone also comes with 0.3-megapixel front camera for capturing self-images and doing video chats. The images clicked through the same are grainy.

Performance/ Battery Life
Micromax Canvas Music A88 is powered by a 1GHz dual-core MediaTek MT6577 processor along with PowerVR SGX531 GPU. The smartphone comes with 512MB of RAM. 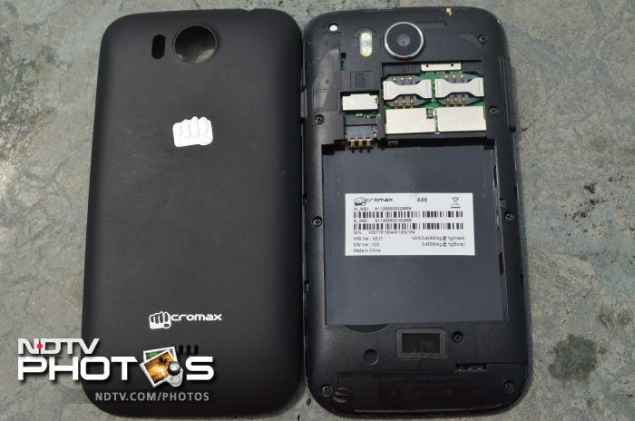 The experience of playing popular games such as Fruit Ninja, Subway Surfers and Temple Run 2 through this smartphone is average.

As the Micromax A88 Canvas Music comes with a scanty 512MB of RAM, the multi-tasking experience suffers and we experienced lags even while transiting between home screens.

The phone comes with the native Android browser as well as Chrome and we found that it renders all webpages well.

Micromax is promoting this smartphone as a music phone and is giving JBL Tempo headset as a free accessory along with the device. In addition to this the company is also offering free music downloads through its M! Live app for 90 days.

The native app can play MP3, MIDI, AAC, AMR and WAV audio formats. The music application in itself looks quite basic but it offers equalizer presets along with Bass and Reverb controls. The quality of audio through the JBL headphones is very good. However, the same cannot be said about the speakers of the smartphone.

The call quality of the smartphone is decent.

The phone comes with an 1800mAh battery, and based on our experience, it lasted almost full day with a single charge. We charged the phone in the morning, and with medium to heavy usage, including 1-1.5 hours of phone calls, one email account with push notifications, screen at maximum brightness, playing some music and video clips, Twitter notifications and WhatsApp chats, the phone lasted 8-9 hours. It's also worth pointing out that we were on Wi-Fi throughout the day, and did not use 3G. 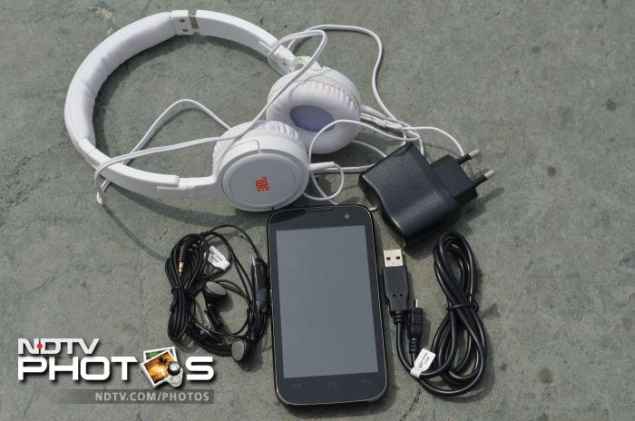 Verdict
Micromax Canvas Music A88 is an interesting option for people looking for a good music smartphone on a budget. However, apart from the JBL Tempo headset, this smartphone does not have much to offer.

The competition is the Rs. 10,000 market has increased many folds in the last few months. Currently one can buy a decent quad-core offering by Karbonn, Xolo or Intex on a similar budget.

You are advised to look at Karbonn S1 Titanium (Review), Xolo Q600 and Intex Aqua Wonder (Review) before making your decision. 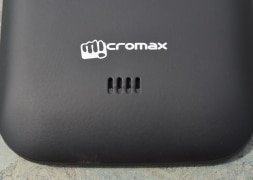 Micromax A88 Canvas Music: In pictures

product Looking for a music phone on a budget? Find out if Micromax A88 Canvas Music fits the bill.