Share on Facebook Tweet Snapchat Share Reddit Email Comment
Micromax is following Samsung's footsteps in milking its flagship brand, Canvas series, adding new handsets across price segments with differentiated features. The Canvas 3D is one such effort. The company aims to lure users by offering a 3D smartphone at a never heard before price point. While phones with 3D display including offerings from LG and HTC have failed to create a niche for themselves after the initial buzz, we try to find out if the Canvas 3D offers something different.

Design/ Build
The Micromax A115 Canvas 3D sports the same 'phablet' form factor that we've seen in the A110 Canvas 2.  The phone is broad and bulky, and there's nothing that we've not seen so far, in terms of design.

The 5-inch screen dominates the front along with markings for three capacitive touch buttons below the display, and the earpiece, front facing camera and proximity sensor above it. Just like the Canvas 2, there's no Micromax branding on the front. There's a metallic frame around the phone that appears to be of Champagne colour. On the right side, there's a power key, while the volume rocker sits on the left hand side. Both these keys are made of plastic and kind of lack refinement, in our opinion. 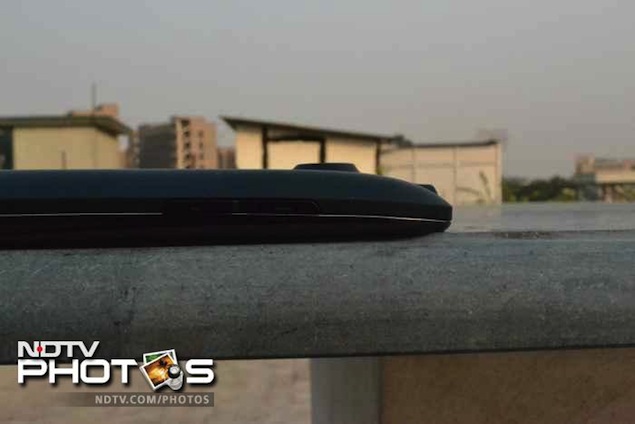 The Micro-USB port and the 3.5mm audio ports sit at the top of the phone. The back cover is Black in colour and is made of plastic. It sports a soft matte finish. There's some Micromax branding at the back including what looks like a sticker. The 5-megapixel rear camera lens sits at the top with the dual-LED flash located just below lens. The lens protrudes out a bit and is surrounded by a circular chrome ring. The speaker outlet is located at the bottom.
The Micromax A115 is a dual-SIM dual-standby GSM + GSM smartphone. The SIM Card slots and a slot for the micro SD card hide behind the back cover just above the battery slot.

Display
The Micromax A115 comes with a 5-inch 16.7m colour capacitive touch screen sporting a resolution of 480x800 pixels. We found the screen resolution to be pretty low for a device of this size, and the graphics and text appeared to be less sharp. The viewing angles are not that good though the under-sun visibility on the phone was decent, in spite the screen being highly reflective. It's worth pointing out that the Canvas 3D comes with naked-eye 3D, which means you don't have to wear special glasses to view 3D content on the screen. The phone uses the parallax barrier technique to create a sense of depth resulting in the 3D effect without the need for glasses. 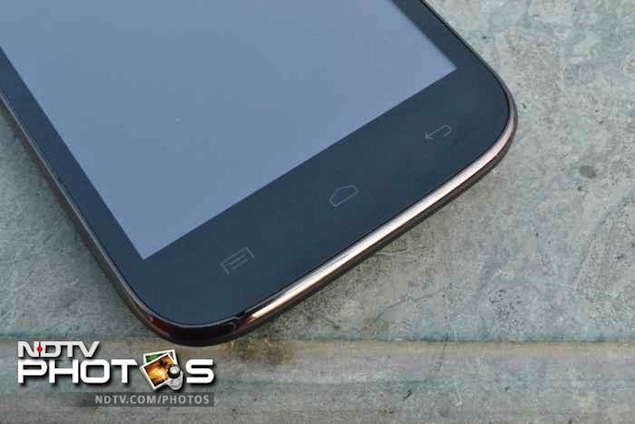 The parallax barrier effect essentially works by placing a second screen in front of the display and filling the gap with special material that helps in directing light in a way that both our eyes see different sets of images so that the brain takes them as one and gets an illusion of depth. The disadvantage is that it only works when you look at the screen from a particular angle.

It's worth pointing out that when you turn on the phone for the first time, you won't notice any 3D effect until you visit the 3D Space app, though there's an option to display the 3D Space menu when you tilt the phone to landscape mode.

Since the phone uses the parallax barrier technique for 3D, you'd end up with a headache after straining your eyes if you try to watch 3D content for too long as the brain tends to get disoriented after continuously looking at two distinct images as one image.

We observed that the screen also looks a little dull compared to the Canvas 2.

Software/ Interface
The Micromax Canvas HD runs Android 4.1.2 (Jelly Bean). Micromax has skinned some elements of the user interface, such as the app icons, Settings menu and the notification tray. The notification tray includes toggles for settings such as Wi-Fi, Brightness, Rotation, Bluetooth, GPS, Data, Screen timeouts and profiles (for alerts and other notifications). Similar to most other Android devices, there are five customisable home screens that can be filled with app shortcuts and widgets. 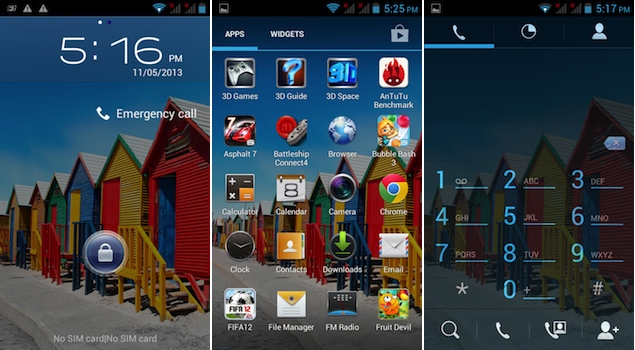 As we mentioned earlier, you'd only be able to see a 3D user interface when you go to the 3D Guide or 3D Space apps although there's an option to display the 3D Space menu when you tilt the phone to landscape mode.

The notification tray also features a settings shortcut and a clear all notifications button, along with expandable notifications (expanded with the two finger pull gesture). Android 4.1 Jelly Bean also brings in Google Now, which needs to be initialised for the first time, before use.
The three capacitive buttons, Home, Menu and Back help in navigating through the phone, with the Home button also doubling up as an app switcher on long press.

Micromax has also included some of its own apps including its own apps and content store, M! Store, and services store, M! Zone+, in addition to its messaging app, HookUp, and friends locator app, M! Buddy and a few games (mostly trial versions) including Fruit Devil, Bubble Bash 3, Battleship Connect4, and The Dark Man. Micromax has also modified the Messages app, adding a button for attaching multimedia, contacts and audio clips, among others, with it. It has also added a file manager app, in addition to a universal search app, and a video player app. It has also replaced the stock camera app with a different one. The company has also included a Wireless Input Device app, letting users configure a Bluetooth-based input device with the phone. 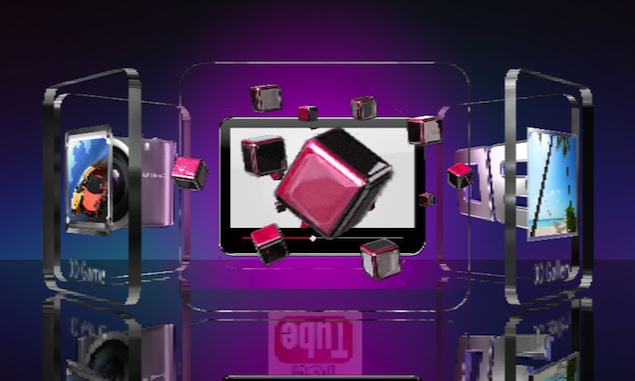 Micromax has also deployed its own Slide lock screen which lets you unlock the phone and directly access the phone dialer, messaging app, 3D Space or the home screen.

Coming to the 3D features of the phone, Micromax offers a dedicated zone that it likes to call '3D Space' that allows you to browse 3D content including 3D games, 3D online videos on YouTube, and 3D pictures and videos stored on the phone. It also offers a shortcut to instructions for accessing and creating 3D content and to the still camera's 3D recording mode.

The 3D Space navigation also includes big 3D icons and animation effects.
Games that are compatible with 3D are listed under the 3D Games app as Play Store links with just one game, Fruit Devil, a trial version of which comes bundled with the phone being compatible. Games like Jetpack Joyride and Fruit Ninja Puss In Boots are 3D compatible and are rendered in 3D if accessed via the 3D games menu. 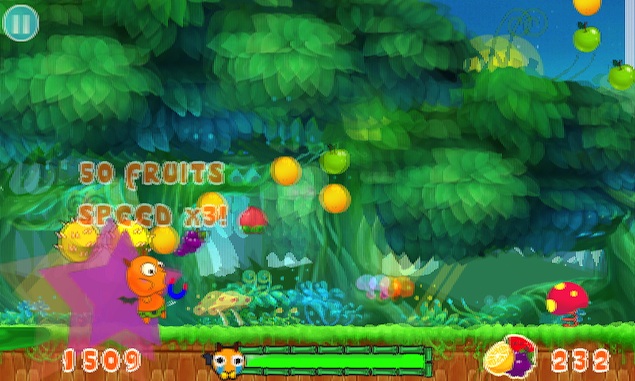 You can run 3D videos even force 2D videos to be rendered in 3D adjusting the vertical or horizontal depth of the parallax barrier. Same is the case with videos. 3D YouTube videos are accessible via a link that opens in the browser. In terms of bundled 3D content, the phone is a disappointment.

Camera
The phone features a 5-megapixel autofocus shooter that takes decent quality images in daylight. However, we found that macro shots taken through the phone did not come out well and lacked clarity. Photos taken indoors under artificial light were grainy.  The camera takes good quality videos depending on the ambient light. However, it saves video clips in .3GP file format, which is an older file format. 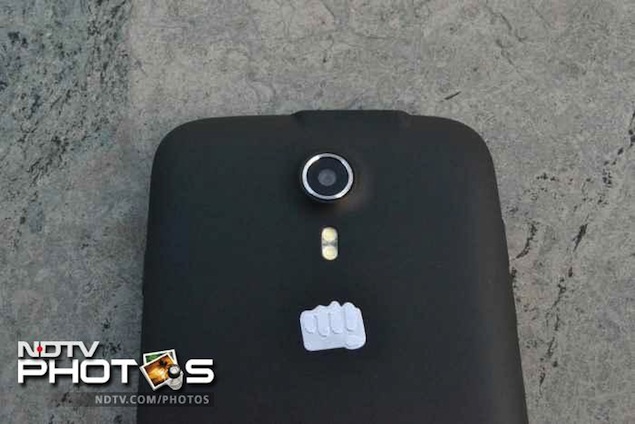 The camera app also offers a 3D still capture mode that essentially stitches two photos to create an illusionary 3D effect. The instructions to shoot a 3D picture can only be found in the 3D Guide app. To Shoot a 3D photo one needs to first click the base picture and then move the camera horizontally to take the other picture following which the phone creates a 3D picture with the two and saves it in .MPO file format. It's worth pointing out that the picture will be rendered in 3D only on the phone. 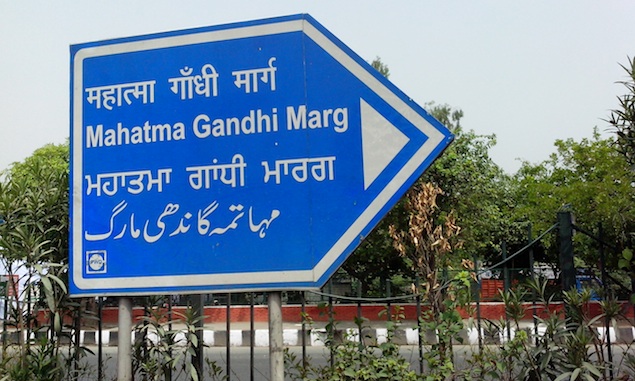 The 3D images shot using the phone did not look impressive or 3D like even though we followed the procedure given in the phone's 3D Guide of shooting the photo from a distance of 0.5 to 2 metres and moving the camera 0.5 to 2.5 centimetre horizontally between two consecutive shots. 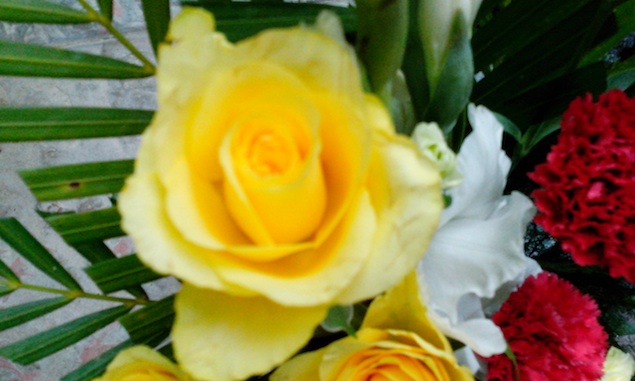 Although we were able to open the 3D pictures on our PC, we did not see any 3D effect and the photos turned out to be a set of 2 normal 2D images. The phone's camera does not offer the capability to record 3D video.

The camera app also offers Panorama and HDR options, in addition to a continuous mode allowing users to shoot up to 99 continuous still shots. It includes the usual settings for exposure, sharpness, ISO, saturation, contrast and others.

The phone has a VGA camera that can be used for casual video chats.

Performance/ Battery Life
The phone is powered by a 1GHz dual-core processor that is a MediaTek chip, and has 512MB of RAM on board. We did not encounter any crashes while working on the phone and multitasking was comfortable. We did not notice much lag while navigating through the menu, and while playing casual games.

We were able to play 1020p HD video clips, and 720p clips, though the 1080p clips stuttered. The phone supports .AVI and .MOV videos natively.

The phone comes with the native Android browser and renders all webpages well. The phone doesn't come with Adobe Flash. The speaker on the phone delivers decent quality sound but volume levels are low. Also, since the speaker is located at the back, the volume levels further decrease when the phone lies on its back. The phone surprisingly doesn't include an ambient light-sensor, so there's no setting for automatic brightness, and the user would need to manually set brightness levels for the screen. 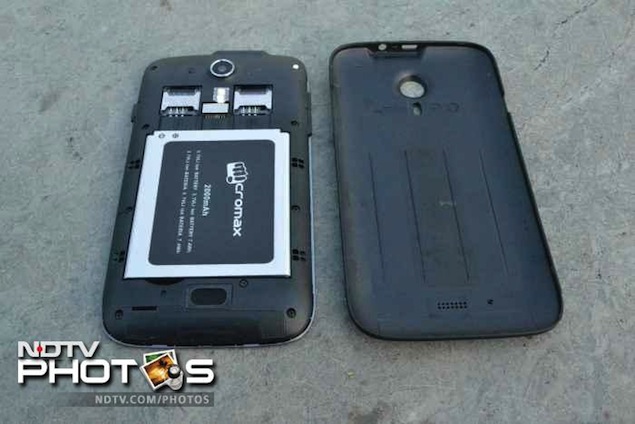 The Micromax Canvas 3D comes with a 2000mAh battery and we were satisfied with the backup that it offered. With intermediate usage during the day, including playing games, a few calls, and e-mail and Twitter notifications turned on, we were able to get a full day of backup.

Verdict
With the Canvas 3D, Micromax tries to offer a differentiated experience among budget phones and wants to consolidate its position in the segment with the more features in an economy price strategy. We feel that the phone falls short of delivering a good 3D experience and 3D is more of a gimmick without doing anything to enhance the user experience. In fact, you'd end up with a headache after straining your eyes if you try to watch 3D content for too long on the Canvas 3D's screen. The low resolution screen of the phone and its poor viewing angles make things worse.

We'd advise you to look at the Micromax Canvas 2 or the other options from Indian handset makers such as the Karbonn S1 Titanium or the Zen Ultrafone 701 HD, if you're in the market for a value for money Android handset that delivers a good set of features.

Micromax A115 Canvas 3D: In pictures

product The Micromax A115 Canvas 3D promises to offer a novel 3D display at an affordable price. Does it actually deliver?