The Meizu Pro 5 features the same octa-core Samsung Exynos 7420 SoC as the Samsung Galaxy S6, Galaxy S6 Edge, Galaxy S6 Edge+, and Galaxy Note 5, but there are a few minor compromises such as a full-HD display rather than the QHD displays seen on most other flagship smartphones today. Meizu said this was a conscious decision with the hope to deliver better battery life and overall performance. The base model will have 3GB of RAM and 32GB of storage, and another variant with 4GB of RAM and 64GB of storage will be priced at CNY 3,099 (approximately Rs. 32,100).

The firm says that while the Pro 5 does not necessarily have top-end specifications, the components all work together well to offer a 'world class user experience'. Gadgets 360 spent some time with the Pro 5 at the launch event in Beijing, China, and we'll see just how true that claim is in our first impressions.

We should note that the Meizu Pro 5 unit that we got to use was loaded with the company's Flyme 4.5 OS based on Android 5.1, and not the Flyme 5 OS that will arrive as a beta update in October, around the time of the phone's launch. The final public release is set for November. Due to the numerous changes the new OS is supposed to incorporate, we are limiting our first impressions of the smartphone to its hardware at the moment. 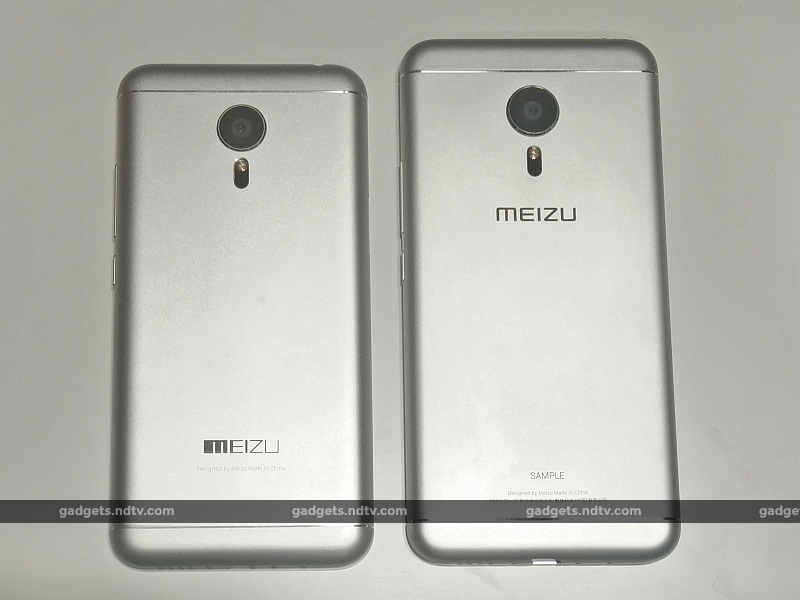 In terms of build quality and design, the Meizu Pro 5 seems nearly identical to the Meizu MX5, featuring the same aluminium body, though with slightly more curved edges that taper towards the display. The larger Pro 5 is also 0.1mm thinner, though this is not especially evident in reality. The volume rocker and power button on the right panel now sit in a single groove, though the distance between the two remains the same. The left panel features the SIM/MicroSD card slot, while the Meizu logo now sits right below the rear camera's flash on the back panel instead of lower down. The bottom features the same four-hole speaker grille on the right side, and the microphone hole on the left, though this time there's a USB Type-C socket in between them instead of the more typical Micro-USB. Overall, the build quality is pretty solid, and somehow the smartphone feels lighter than its substantial 168-gram weight.

Moving onto the display of the Meizu Pro 5 - the company has used a 5.7-inch Super Amoled screen with a full-HD resolution. While the pixel density is not the highest, at 387ppi, we found the display to be sharp enough, with crisp font and image rendering. Unlike the Super Amoled displays seen on most top-end Samsung smartphones, the colours are not oversaturated, appearing to be more accurate at the cost of being relatively understated. The display of the Meizu M5 Pro is quite bright, and provides good sunlight legibility - though it was admittedly cloudy on the day we tested it. At this point, with Flyme 4.5 OS, there is no saturation adjustment option - something the company might change with the next iteration of the operating system.

The Pro 5's rear camera features a 21.16-megapixel Sony IMX 230 CMOS sensor. We managed to take some photos in cloudy, brightly-lit indoors, and low-light conditions, and also view them on a computer display. In daylight, the photos were sharply detailed and had good colour accuracy. Indoors however, things took a turn for the worse, with very aggressive noise reduction robbing them of some detail. In low light, some noise was still visible despite the use of noise reduction algorithms. Photos taken with the front 5-megapixel camera had a dramatic amount of noise in low light too; not really becoming of a flagship. The front camera did perform better outside in daylight, though the noise reduction was once again apparent indoors. Autofocus speed was good. 4K video recordings also exhibited a lot of noise. Flyme 4.5's native camera app had a tonne of adjustment options, and tweaking the manual settings did produce slightly better results than we were able to get in Auto mode. We can only hope the native camera app of Flyme 5 is better optimised for the Meizu Pro 5, and that the company makes some tweaks to its noise reduction algorithms as well. 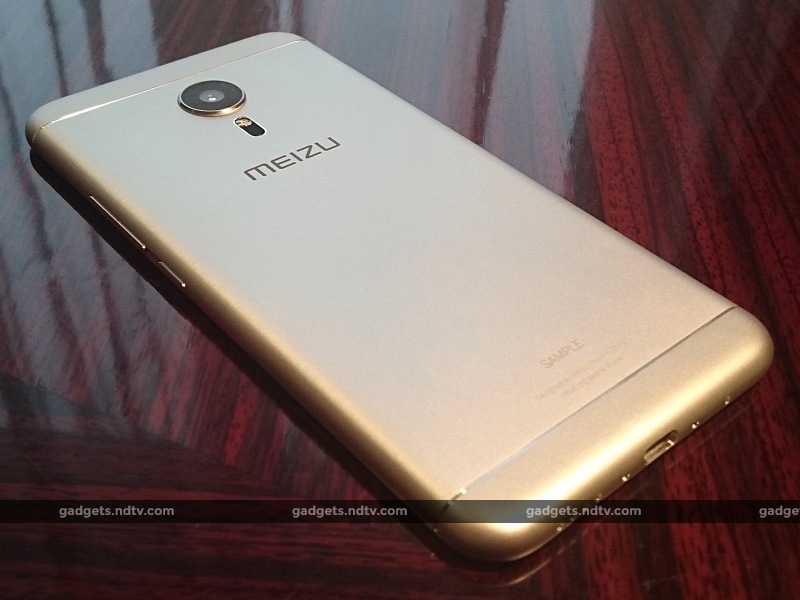 It's in the sound department that the Meizu Pro 5 really shone. We tested the phone with rock, metal and dubstep tracks using our own earphones as well as the phone's own speakers. We were impressed at the sound reproduction through earphones, with even a flat equalizer producing balanced and punchy audio. This was also surprisingly the case when using the smartphone's speakers, and there was very little distortion at maximum volume - which was quite loud. While the hardware will not change at launch, the Hi-Fi 2.0 software - due with Flyme 5 - was not yet loaded for us to properly explore the adjustment options.

Unfortunately, beyond a very impressive but synthetic AnTuTu (v5.7.2) benchmark score that fluctuated around the 75,000 mark, we weren't really able to put the Meizu Pro 5 through any real-life performance tests. No games were preloaded to check with. However, as can be expected with 4GB of LPDDR4 RAM and the Exynos 7420 SoC on our 64GB unit, there was no noticeable lag throughout the UI, and touch input was precise as well.

Apart from the hardware home button, there are no capacitve or on-screen buttons to go back or do any other Android navigation. Users instead have to tap the home button to go back, and swipe up from the bottom of the screen to bring up the app switcher. Holding the home button down for a few moments locks the smartphone. The fingerprint sensor on the Meizu Pro 5, which can recognize up to five fingerprints, worked exceptionally well - taking less than a second to unlock the smartphone, and detecting fingerprints with good accuracy. It only failed to recognise a print if the finger was swiped hastily or unevenly. This was another aspect of the smartphone that stood out, and it can actually be compared with the iPhone 6 in terms of speed and accuracy.

Overall, while we were quite impressed with the Meizu Pro 5 in most respects, the flaws of the camera were shocking, and we hope that Meizu makes changes in this department if possible. At this price point, the smartphone's average camera is a bit of surprise, though we are willing to give Meizu the benefit of the doubt, and will re-evaluate things once Flyme 5 comes out. The smartphone is well designed otherwise, has a good fingerprint sensor, a bright display and excellent audio, all of which make it a snappy phone to use. Of course, we'll reserve our final judgement until the Meizu Pro 5 actually ships, when we can put it through a barrage of tests in our review process.

Disclosure: Meizu sponsored the correspondent's flights and hotel for the event in Beijing.

Further reading: Android, Meizu, Meizu Pro 5, Meizu Pro 5 Price, Mobiles
Abhinav Lal Email Abhinav Abhinav Lal is News Editor at Gadgets 360 and has been tracking all things tech for over a decade now. He has written extensively on a range of topics including apps, gaming, mobiles, PCs, and Web services in his tech journalism career. Apart from editing news, he also works on reviews and features, while taking care of the product side of things at Gadgets 360. Write to him at abhinavl@ndtv.com or get in touch on Twitter. You will most likely find Abhinav editing stuff for Gadgets 360, ...More
US Says Fingerprint Records of 5.6 Million Government Employees Stolen
Microfinance and Payday Loans: How Paytm's Payment Bank Will Be 'Different'

product The Meizu Pro 5 launched in Beijing, China on Wednesday, and here are our first impressions.