Highlights
Chinese smartphone maker Meizu launched its latest smartphone, the MX6, at an event in China yesterday. The company held the event at the China National Conventional Center, where it announced that the smartphone will be available through all partnered online channels immediately, while physical stores will start selling it from July 30.

The Meizu MX6 has an all-metal unibody, with a fingerprint sensor embedded into the home button on the front. It will be available in Grey, Silver, and Gold colour options, and runs Meizu's own Flyme operating system. We spent some time with the new Meizu MX6 smartphone at the launch event, and here are our first impressions. 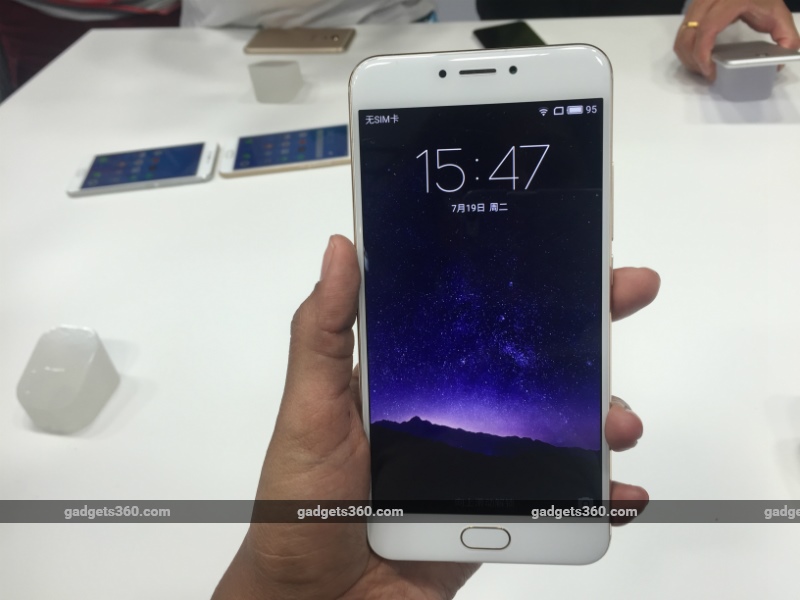 The Meizu MX6 looks handsome, with a premium feel at the outset. It's lightweight and rests in a palm with ease. The design seems inspired by the iPhone 6s, with antenna bands and a protruding camera ring at the back. The camera, however, is placed in the top centre of the back, with a circular two-tone flash sitting below it. The volume buttons are on the right with the power button right below them, and the dual-SIM tray is on the top left side. MicroSD storage expansion is not supported, so there is no hybrid SIM slot. There are no capacitive buttons alongside the home button or on the screen. Instead, Meizu has integrated all navigation functions button into the home button itself. Tapping this button will take you one step backwards, while physically pressing it will take you back to the home screen. Swiping upwards on the screen will open the app switcher for multi-tasking. The USB Type-C port, speaker grille, microphone and the 3.5mm audio jack are positioned on the bottom of the device, matching the layout of the iPhone 6s. The home button in the front uses Meizu's M Touch technology, which the company claims is fast, secure, and accurate. In our short time with the device, we found that the fingerprint scanner worked just fine, and did not fall short of expectations.

The Meizu MX6 features a 5.5-inch 1080x1920-pixel LCD display. The screen looks crisp and bright, with minimal reflectiveness under indoor lights. We weren't able to test the device outdoors, so we'll reserve our opinion on that front. At the event, Meizu noted that the MX6 comes with a new Smart Eye Protection mode which automatically adjusts the screen's brightness in different light conditions. There's also a new Touch and Display Driver Integration (TDDI) manufacturing process developed by Sharp to enhance the touchscreen experience. Meizu says it has used a single-layer in-cell panel to achieve the 7.25mm thinness of the MX6. 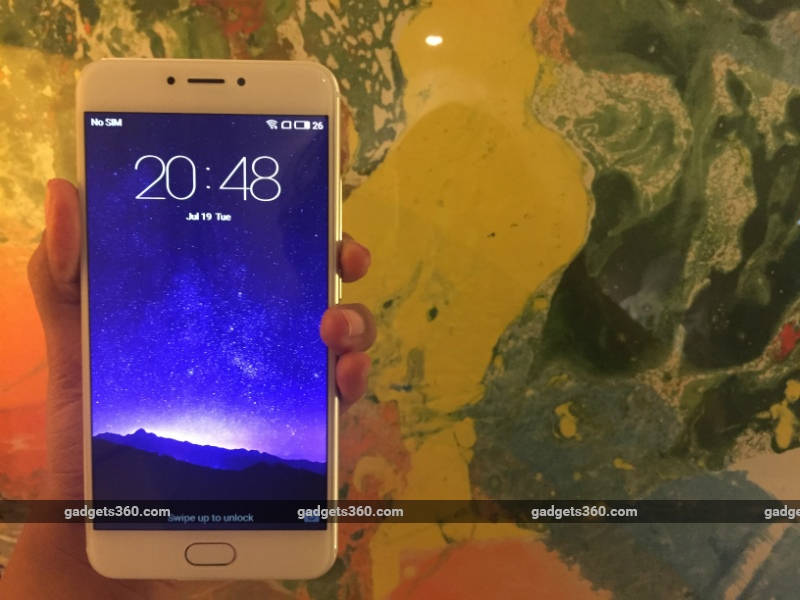 Meizu's own Flyme 5.1 OS is based on Android 6.0 Marshmallow. The lock screen on the Meizu MX6 bears a lot of resemblance to the lock screen design of iOS 9. There's a Smart Touch feature which lets users perform gestures to do things like open apps, check notifications, or go back to the home screen. We noticed that there were hardly any preloaded third-party apps, minimising bloat to an extent.

The 12-megapixel camera uses Sony's new IMX368 sensor. It supports slow-motion, GIF, and panorama modes. There are several colour filters within the app, which seem to be inspired by Apple's camera app filters. The photos we were able to take with a Meizu MX6 sample in our short time with it appeared to have great detail and colour, but it is important to note that these photos were taken indoors in ideal lightning conditions. We will reserve our opinion of the camera till we can do a detailed review. 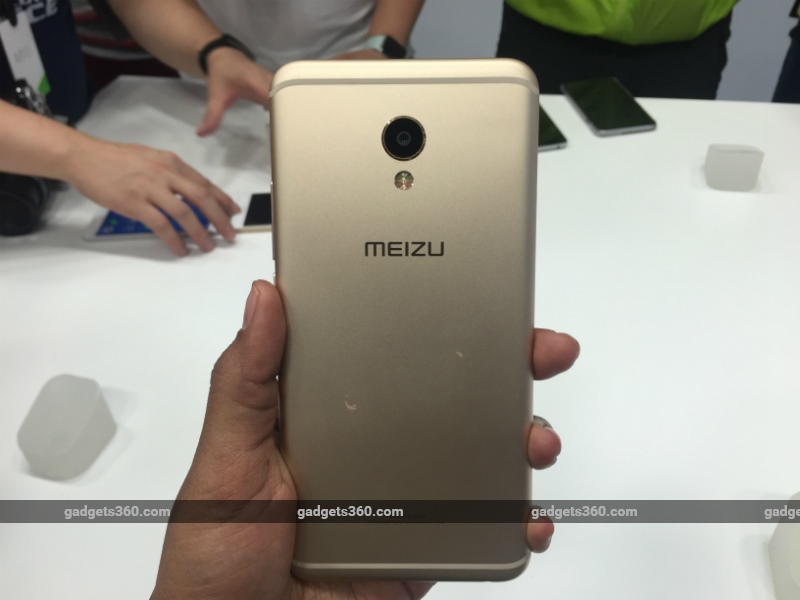 The dual-SIM tray supports two Nano SIM cards, and there is no provision to expand the storage of the Meizu MX6. The smartphone is powered by a deca-core MediaTek Helio X20 processor clocked at 2.3GHz with an integrated ARM Mali-T880 GPU, and 4GB of RAM. We found the device to be responsive, and managed to multi-task seamlessly. There were no visible lags during our brief time with a sample unit. There's a 3060mAh battery with Meizu's 'M charge' fast charging technology, which it claims will charge the smartphone up to 25 percent in just 10 minutes, and up to 65 percent in 30 minutes. The MX6 also offers LTE Cat 6 speeds for cellular data connectivity.

Meizu also launched the Loop Jacket, a flip cover for the MX6, at the same event. This cover has a round opening which offers access to notifications and apps, thanks to Meizu's custom Flyme design, and you can also choose from a variety of round watch faces. You can use several apps like the Camera, Settings, and Phone without opening the cover. The Loop Jacket will sell alongside the MX6 for CNY79 (roughly Rs. 800). 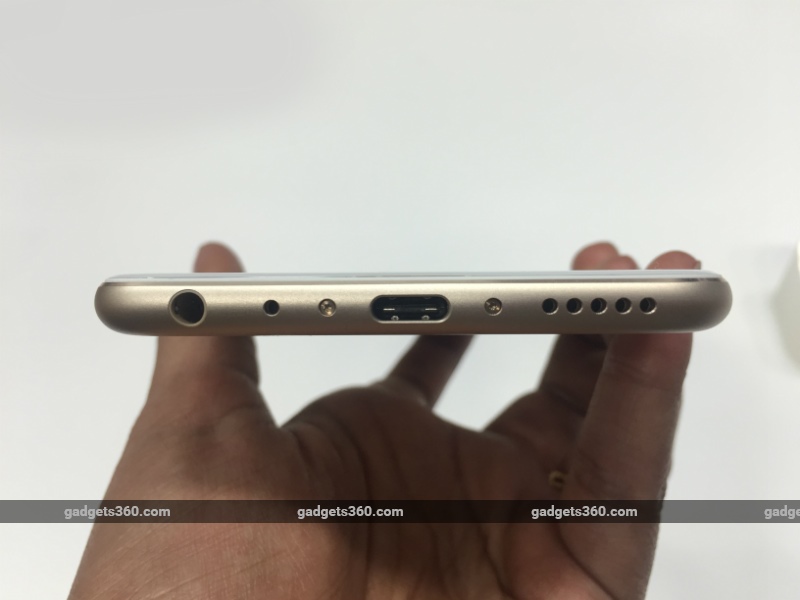 Priced at CNY 1,999 (roughly Rs. 20,500 before taxes and duties), the Meizu MX6 could stand tall alongside its competition. It sports a great design, top-end specs, and a seemingly satisfactory camera. The only immediate drawback is the 32GB storage limit, with no option for expansion. However, we hear that Meizu will soon launch a variant with 64GB of storage.

Disclosure: Meizu paid for the correspondent's flights and accommodation for its event in Beijing, China.