Share on Facebook Tweet Snapchat Share Reddit Email Comment
Smartphone launches these days seem not limited to a mere introduction of the product by the company but an exhibition of how large its fan base is. Lately, we have seen Xiaomi, Asus, and now Meizu announcing their new devices at events in India which also had their community in attendance. While there is nothing really wrong with this, but the definition of what constitutes a product launch seems to have gotten blurred.

Chinese handset brand Meizu entered India back in May with the Meizu m1 note smartphone, priced at Rs. 11,999. The company soon expanded its portfolio with the Meizu m2 note, which was priced even lower than its predecessor. After two launches in the affordable segment, the company has now unveiled the flagship Meizu MX5, which it claims can compete against high-end flagships such as the Samsung Galaxy S6 (Review | Pictures) and iPhone 6 (Review | Pictures).

The Meizu MX5 has been launched in India with a price tag of Rs. 19,999 and offers a set of innards that looks impressive. The MX5 packs a fingerprint scanner, full-HD display, and an all metal body that will keep feature-obsessed consumers happy. We spent some time with the new Meizu MX5 at the launch event and here are our first impressions. 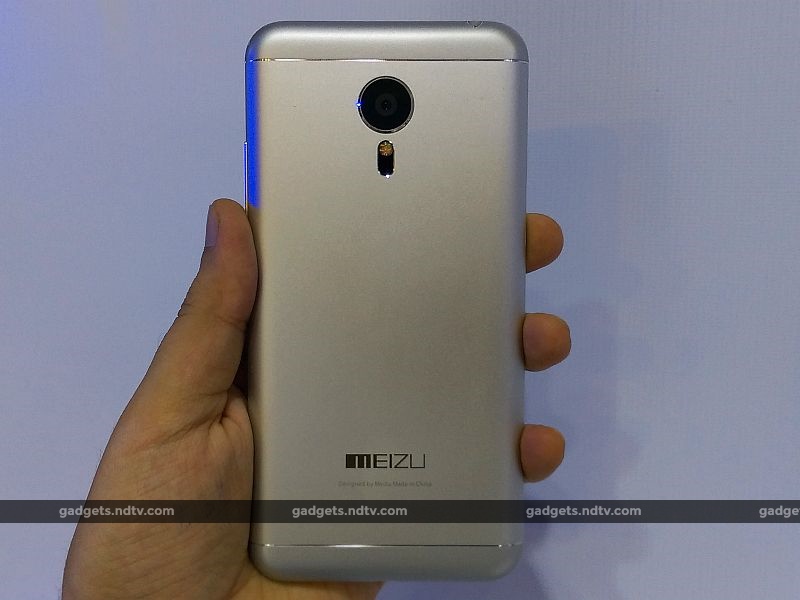 Few years back, an all metal body on a smartphone meant that it belonged to the premium segment. Not anymore. Handset makers have lately realised that budget and mid-range segment smartphones don't necessarily need to be associated with shoddy build quality, forcing the even likes of Samsung - which has long been associated with plastic phones - to up its game with metal design in the budget Galaxy A series.

The MX5 looks good, especially from the rear. The smartphone however feels like it could easily slip out of our hand due to the metal finish, something we have repeatedly said about other metal handsets such as HTC One M8 (Review | Pictures). At 149 grams, the handset seemed light and especially when compared with the OnePlus One (162 grams), a competing smartphone in the same price range. 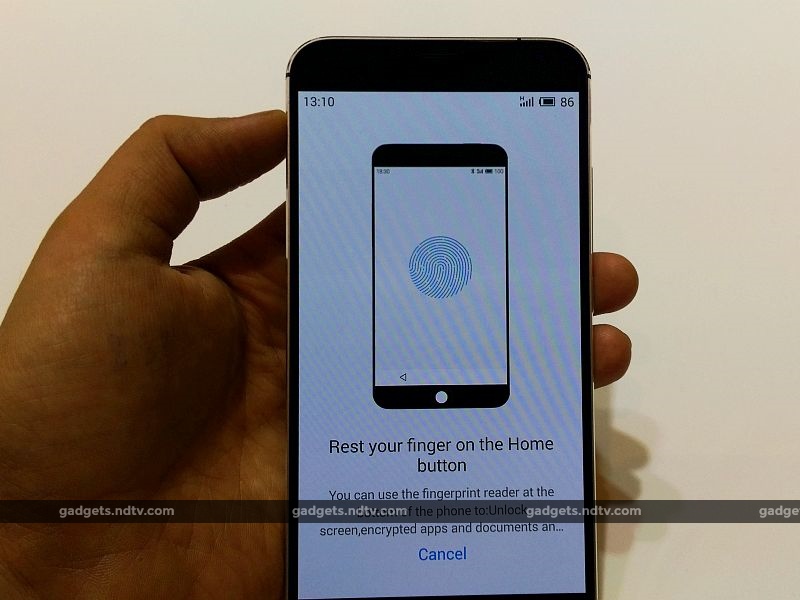 The power button and volume rocker are placed on the right panel, and in our limited time with the MX5, the tactile feedback of both was good and responsive. The Micro-USB port is on the bottom panel accompanied by speaker grille, whereas the 3.5mm audio jack is on top.

The 5.5-inch Super AMOLED full-HD (1080x1920 pixels) display offers a pixel density of 401ppi. The smartphone also features Corning Gorilla Glass 3 for protection. The full-HD display looks bright and colour reproduction was satisfactory. The viewing angles on the MX5 were also good; though visibility under direct artificial lights was below par. This might mean that the outdoor visibility under natural light can be a problem for MX5 users, but we would wait until we spend more time with the device as part of our detailed review process.

Meizu has heavily skinned its MX5 with Flyme 4.5 UI based on Android 5.0 Lollipop. There is no onscreen home or back buttons on the MX5 as the physical button doubles up as a home button as well as back button - you press as normal to go to the home screen, and you swipe on the button to go back, which takes some time to get used to. The phone ships with 5 default home screen panes; though users can add more if needed. The handset we used had the panes named as A, B, C, and D alongside the home screen. We tried to find an option to change it but couldn't find it. 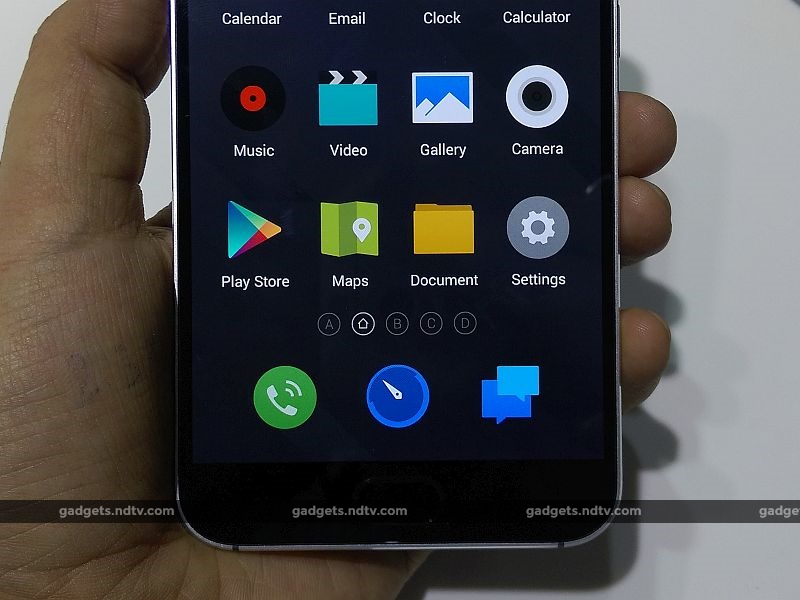 Like some other Chinese handsets, the MX5's Flyme OS also ditches app drawer and packs all the apps on the home screen. The OS offers users a lot of customisation options as users can opt to see Flyme-styled icons or can choose normal ones. Meizu has preloaded the MX5 with a number of apps including Instagram, Snapdeal, Facebook, and Gaana, among others. The handset also comes preloaded with some games such as Shadow Gun and Asphalt 8. After spending some time with MX5, we can say that users will take some time to get use to the OS on the handset.

During the time we spent getting acquainted with the Meizu MX5, we found that the smartphone was responsive to the touch inputs and was quick during multitasking. Under the hood, new MX5 smartphone packs MediaTek's 64-bit Helio X10 octa-core processor (Cortex-A53) clocked at 2.2GHz coupled with 3GB of RAM and PowerVR G6200 GPU. We will reserve our verdict on MX5 smartphone's performance until we get a chance to put it through the paces for our detailed review.

The Meizu MX5 sports a 20.7-megapixel rear camera with Sony IMX220 Exmor RS BSI sensor, laser autofocus and dual tone LED flash. There is a 5-megapixel front-facing camera with f/2.0 aperture also on board. In our limited camera testing, we found the images clicked by MX5 in normal light conditions (artificial) to be crisp. 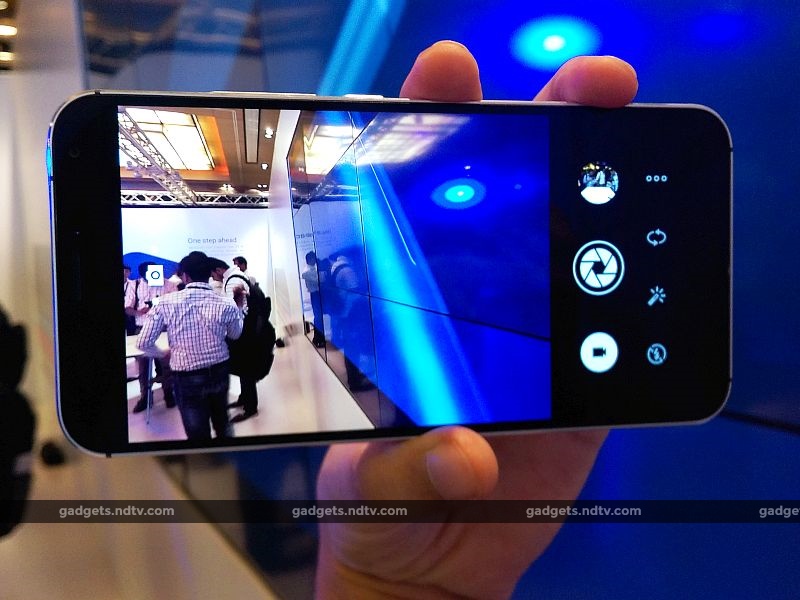 Even the low-light performance of the camera was impressive with good amount of details. The rear camera can also record videos at 4K resolution. The front camera performance in low light was average. But once again, wait for our detailed review when we will really get a chance to test the camera under varied conditions.

At a price of Rs. 19,999, the Meizu MX5 goes head-on with the OnePlus One (Review | Pictures), which is currently retailing at Rs. 18,999. One of the biggest qualms with the MX5 is its limited storage as it doesn't support microSD cards.

The company at the event stressed that it is working to improve the after sales service of its handsets in India. Li Nan, Vice President - Marketing, Meizu Technology, at the event confirmed that the company will be unveiling 40 customer service centres across 20 Indian cities as well and will offer a doorstep service facility as well.

Stay tuned to NDTV Gadgets for a full review of the Meizu MX5.

product Meizu MX5 is an all metal smartphone that's launched in India at price of Rs. 19,999.