High-end phones get a lot of attention, and right now the pricing scale has been stretched to new limits with the iPhone X casually sauntering into our market priced at up to Rs. 1,02,000. Google and Samsung aren't far behind, and we're sure to see other companies try their luck at this end of the market. However, no matter how tempting such phones are, the overwhelming majority of us will simply never be able to afford such a price tag. Smartphones are too easily lost or stolen, and they become outdated every year.

On the other hand, how low-end would you go to avoid spending money? At what point have too many corners been cut? Affordability is all well and good, but if your phone can't actually do what you need it to do, what have you really saved?

Lyf serves the lower end of the market, and in conjunction with Jio, parent company Reliance hopes to connect millions of Indians who have been priced out of the digital economy so far. The Lyf C451 is one of two phones in the new Connect series, and it's priced at just under Rs. 5,000. Reliance is currently offering buyers benefits of up to Rs. 2,307 in the form of free Jio Prime membership and additional data for nine months, bringing its "effective price" down to Rs. 2,692. The offer - which is slated to end on November 15 as we publish this review - changes the value proposition of this phone completely.

Lyf C451 look and feel
This is an incredibly basic smartphone, even by today's budget standards. It's all plastic, with a fake metal band running around the sides. There's a lot of blank space on the front, especially above and below the screen. The edges around the front panel are sharp, which makes it uncomfortable to hold this phone up against an ear. There's a metal band around the rectangular Home button which makes it look like there's a fingerprint reader, but there actually isn't. The other Android navigation buttons are capacitive, and not backlit. The front camera and sensor window make for two prominent black spots on the otherwise white plastic.

The power and volume buttons are on the right, and are relatively easy to reach considering the size of this phone. There's a 3.5mm audio socket on the top and a Micro-USB port on the bottom. You'll find the camera and single-LED flash in the upper left corner of the rear, and the loudspeaker towards the bottom. Everything else is tucked beneath the back cover, which peels off with a little effort. There are two Micro-SIM slots and a separate microSD card slot, which is always nice to see. The battery is visible but not removable.

Weight is manageable at 165g, mostly because of the fact that the relatively small screen allows for a narrow body which is easy to hold and work with. The Lyf C451 is just about as tall as an iPhone 6/7/8 and a little less wide. A lot of people find it difficult to work with today's generously proportioned phones, and we think that this one fills a void in the market. It could have been even more compelling as a compact phone if there wasn't so much plastic around the screen. 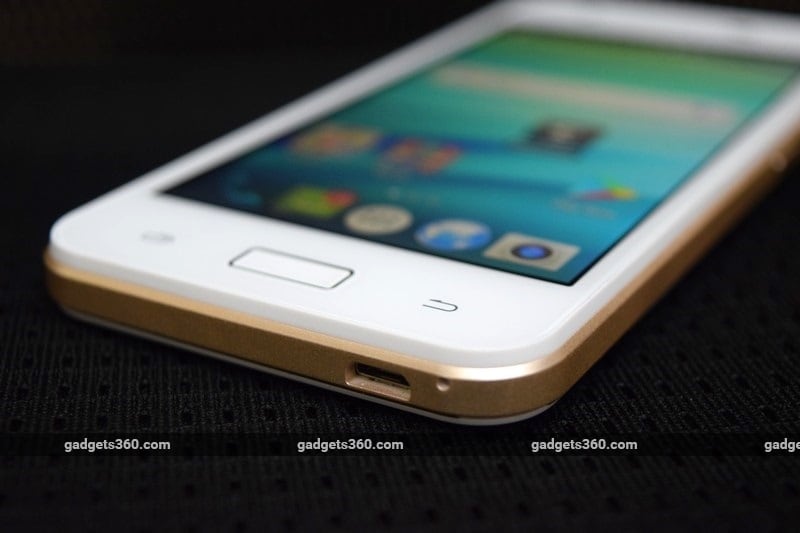 Lyf C451 specifications and software
It's been a while since we've seen an Android device with a screen smaller than 5 inches. However, the resolution here is just 480x854, and that makes everything looks dull and grainy. Icons have fuzzy edges, text is jagged, and colour gradients are harsh. The quality is drastically lower than even that of a basic HD screen, which would be 720x1280 pixels. Had the price of this phone been even slightly higher we would have been quite unimpressed, but there have to be some tradeoffs in a smartphone that costs less than Rs. 5,000.

The processor is a quad-core, 1.3GHz Qualcomm Snapdragon 210, and there's just 1GB of RAM with 8GB of storage. This doesn't give us much confidence about this phone's ability to run anything more than the most basic everyday tasks. On the other hand, the battery comes in at 2800mAh which doesn't seem that bad, and of course there's support for 4G and LTE. There's a 5-megapixel rear camera and a 2-megapixel one in front. You also get Bluetooth 4.1, Wi-fi, FM radio, and basic sensors - an accelerometer, an ambient light sensor, and a proximity sensor.

We're a little disappointed to see Android 6.0, which is now well on its way out. The UI is stock, so there's no overhead of a custom skin to bog down the hardware. However, there are some problems. Android doesn't seem to scale well to this low resolution, and the UI feels cramped. The keyboard feels squashed, and it's harder than usual to target the right letters. A lot of the English in the UI dialogue boxes and pop-ups is badly mangled, almost certainly because of poor translation from another language.

There's also a ton of bloatware - including the obligatory My Jio app which generates multiple spam notifications per day and freezes constantly, plus JioChat, JioCinema, JioDrive, JioMags, JioMusic, JioNet, JioSecurity, JioTV, JioXpressNews, and Lyf Care. On top of that, there's a bunch of apps for Reliance's media subsidiaries, and some equally unnecessary browser, shopping, and travel apps. There are even the deprecated Android Browser and Gallery apps in addition to Chrome and Photos. At least the majority of these can be uninstalled. 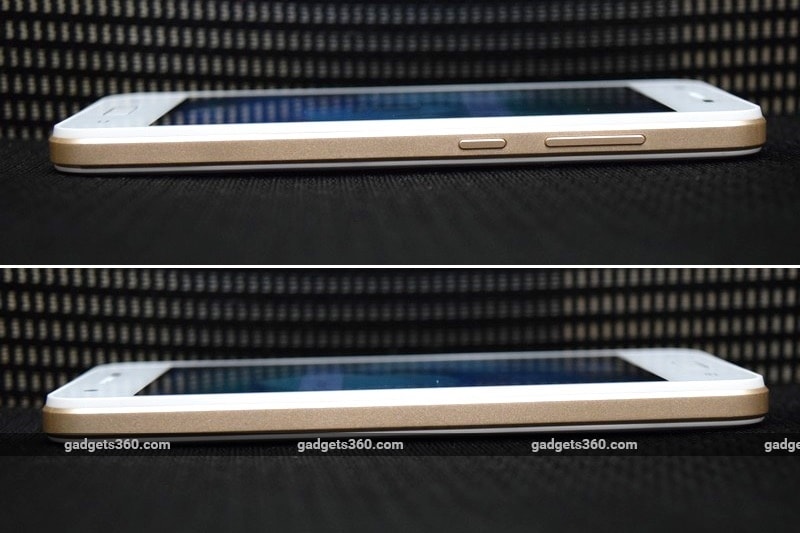 Lyf C451 performance
With day-to-day use, the Lyf C451 is undoubtedly sluggish. Everything from unlocking it to launching or quitting an app involves a one- or two-second pause. Scrolling is often jittery, and the phone sometimes becomes unresponsive for a second or two when doing the most ordinary things such as tapping a text field to pull up the keyboard, or swiping to go back a page in Chrome. Even typing was sometimes laggy, causing us to make mistakes. These things aren't necessarily dealbreakers at this price point, but they do add up after a while. Our feeling is that the usage experience overall is deeply unsatisfactory, but that's also because we are much more accustomed to phones that cost at least a few thousand rupees more.

The Lyf C451 could handle basic tasks, but it wasn't always smooth. We tried playing Dead Trigger 2, but we found the controls unresponsive and framerate unsteady. We were able to stream video using the Hotstar app, and it worked well enough. The phone's screen is decent in terms of viewing angles and sunlight legibility, but the low resolution makes everything blotchy. Sound from the single speaker is loud but harsh, and not really enjoyable. 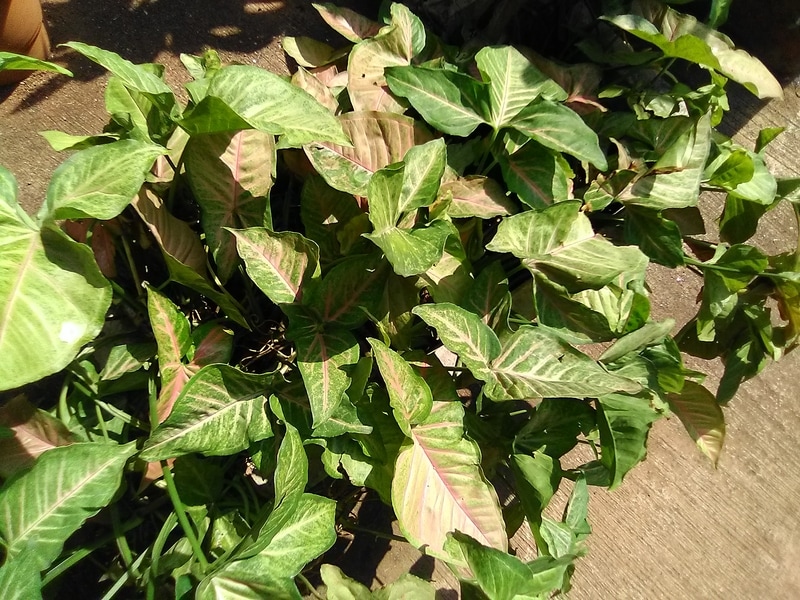 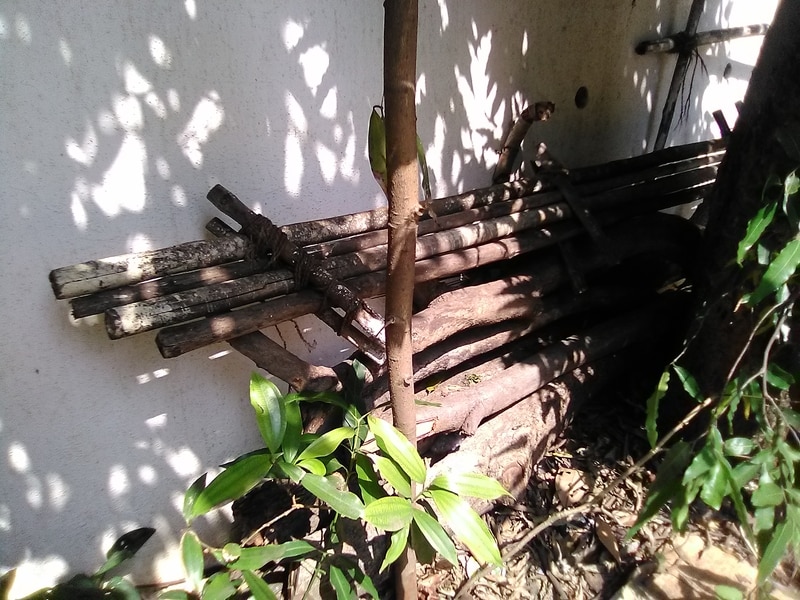 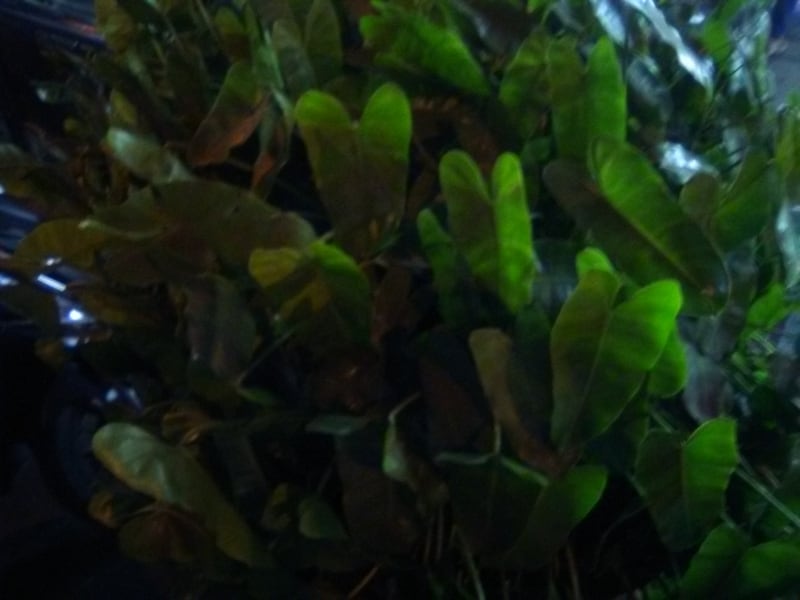 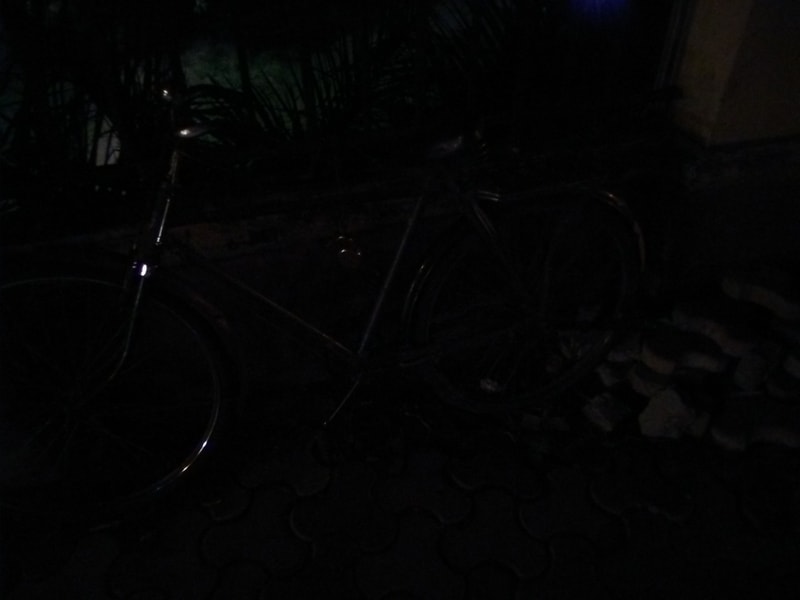 The Lyf C451 failed to detect us rotating it to take photos and videos sometimes, and we also found the app crudely reminiscent of the Android app from four or more years ago. The camera took forever to lock focus, and worse still, the app crashed once or twice right as we were about to take a shot. Photos came out looking patchy and grainy. Macros were decent, but anything at even moderate distances was a mess. Textures were usually lost, and sunlight often caused large parts of our frames to be overexposed. It was pretty impossible to get useful results at night, and you can expect motion blurring unless you and your subjects are perfectly still. Video recording goes up to 1280x720 but the quality is an absolute joke, and everything looks artificial. The front camera will give you barely passable shots under favourable light.

On the other hand, battery life seems to be a strong point. In our experience there wasn't much we wanted to or were able to do with this phone anyway, so the battery easily lasted us through a full day with 20-30 percent left over. Our usage was confined to basic tasks since we either found the phone too sluggish, or had to delete apps in order to accommodate our test files. Our HD video loop test ran for 11 hours, 33 minutes. Verdict
Being able to afford smartphones that cost more than Rs. 10,000 - and being able to replace them as and when needed - is a privilege that many of us take for granted. It's easy to say that you shouldn't buy the Lyf C451 because much better phones are available for just Rs. 1,000 or Rs. 2,000 more, but Reliance is targeting people who don't have that option. Many people's lives can be improved by having even basic devices, and now with 4G widely available and data much more affordable than before, a lot of people are out there are looking for their first smartphone.

A quick scan of the competition shows that there aren't a lot of reasonably capable phones selling for less than Rs. 5,000. There are a few models that are over two years old and have had their prices cut, but we would avoid those because their specs are terrible, and they run ancient versions of Android which will never be updated. We dug deep and found a few models with 2GB of RAM, 16GB of storage, HD screens and/or Android 7.0 and above: the iVoomi Me3 and Intex Aqua Crystal Plus actually check off all those boxes, and there are more options at only very slightly higher prices. For buyers on a budget, every little additional feature matters and we would lean towards these models.

On the other hand, Reliance's freebies tip the scales in its balance quite a lot, if you want to be on the Jio network and plan to consume a lot of data. Even after this offer period ends, Reliance could announce other schemes, and so with that considered, the Lyf C451 could be worth much more than the sum of its specifications.