Lenovo has quickly grown to become one of the largest smartphone makers in the world, and notably acquired Motorola and Medion as part of its strategy to build its presence in various world markets. But apart from these sub-brands and the Lenovo name itself, the company also markets some of its products under the online-only Zuk brand.

When we spoke to Lenovo's APAC head at IFA this year, he stated that in India Lenovo is looking to tie its sub-brands together and make them more recognisable as part of the Lenovo family. The Lenovo Z2 Plus is an example of that, originally being a Zuk product, but marketed in India with prominent Lenovo branding. The device is a presented as a wallet-friendly power-performer, featuring Qualcomm's high-end Snapdragon 820 SoC, while keeping the price below Rs. 20,000. Does the Z2 Plus have what it takes to compete with more expensive flagship devices? We find out in our review.

Lenovo Z2 Plus look and feel
Although the Lenovo Zuk Z1 (Review) featured a large 5.5-inch screen, Lenovo has decided to go with a smaller and more manageable 5-inch screen on the Z2 Plus. This makes it one of the smallest and most easy-to-handle premium smartphones in the market today, something that will appeal to a lot of people who want power and quality, but not large phablet-esque dimensions.

This also means that the Z2 Plus manages to keep a relatively slim profile and manageable weight of 150g. The shape and styling makes the phone look a lot like the iPhone SE (Review), although the Lenovo is very clearly larger. Unlike the metal bodies of most of this phone's competition, the Z2 Plus goes with a fibreglass frame to keep weight down and a magnesium alloy roll cage for sturdiness. The back of the phone is entirely glass, which looks and feels great, but is unfortunately a massive grime magnet.

The Lenovo Z2 Plus is available in two colour options: white and black. Our review unit was black, which we think looks better than white. There's no Zuk branding; instead the back has a prominent Lenovo logo, along with some basic regulatory text and the camera and flash in one corner. As previously mentioned, the glass back will need constant cleaning to keep it looking spiffy. 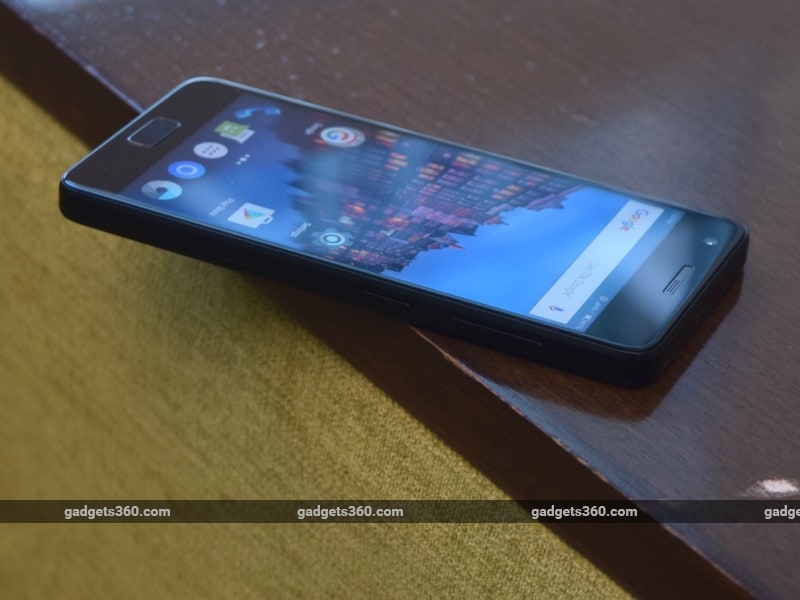 The fingerprint sensor on the phone has been improved compared to the Zuk Z1, and apart from being fairly quick and accurate, it now also works if you simply touch the sensor even when the phone is on standby. Up to five fingerprints can be stored, and unlocking the phone is generally quick and easy, although not quite as quick as it is with the OnePlus 3 (Review). Lenovo says that recognition will grow more accurate over time. The button itself is physical, and can also recognise touches and gestures. 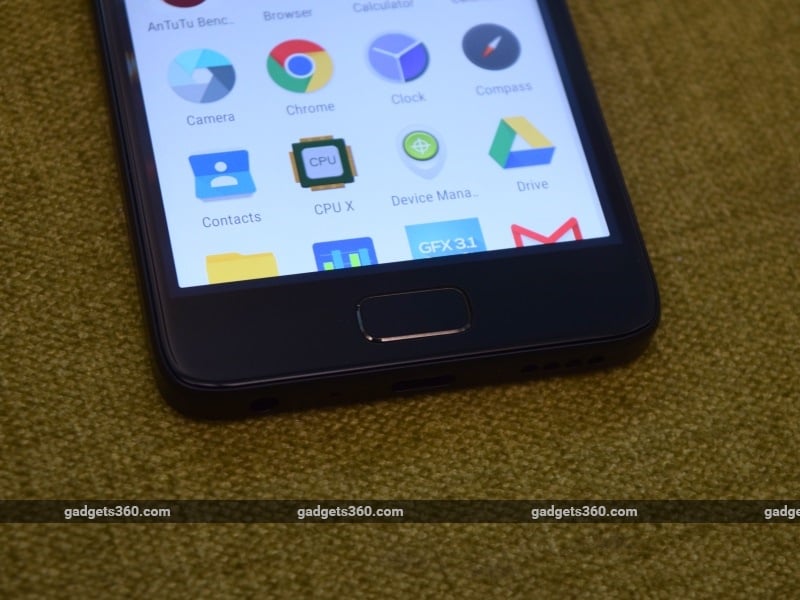 Lenovo has used the button's capabilities to change the way you interact with the user interface. Tapping the button serves as the back key, while pressing down takes you to the home screen. Swiping left and right, double-clicking, or long-pressing can also control actions that you can assign from within the Settings app. It's entirely possible to use this single button-cum-sensor to control the phone in the same way that you would use Android's typical navigation keys. It's an excellent implementation, and we enjoyed using it during our time with the phone. If that doesn't suit you, you can still activate a traditional set of on-screen keys through the Settings.

The Lenovo Z2 Plus has a 5-inch full-HD LTPS LCD screen, with a density of 441ppi. It's sharp, clean and bright, with colours that are fairly accurate and natural-looking. Sunlight legibility isn't a problem with the brightness set to the maximum, but we found that the adaptive brightness setting didn't always work well, and we often needed to reset the brightness manually. We also felt that the factory-fitted matte screen guard diminished the quality of the screen, and we preferred the phone without it when we took it off.

Colour temperature can be changed, although there are only three preset options (cool, warm, and neutral) to choose from. The phone also has a night mode that reduces blue light to make reading easier on your eyes, but there isn't any way to adjust the level at all. On the whole, the phone's screen is good, but not quite as good as some of the others we've seen on flagship Android smartphones. Lenovo Z2 Plus specifications
The Snapdragon 820 SoC is Qualcomm's previous-generation top-end offering, and has been used on many flagship phones this year, including the competitively priced Xiaomi Mi 5 (Review), OnePlus 3 (Review), and LeEco Le Max 2 (Review). Although the Snapdragon 821 is now the company's flagship, the 820 remains a powerful and capable SoC, and the Z2 Plus certainly benefits from it.

Apart from these basic specifications, the phone also supports Wi-Fi a/b/g/n/ac connectivity, Bluetooth 4.1 with A2DP, and USB 2.0 with a Type-C connector for charging and data transfers. The charger included in the box is an ordinary 10W unit rather than a Fast Charge 3.0 capable charger, which is a bit of a disappointment. Although the phone isn't very slow to charge, you can't make use of the ability to grab a quick top-up unless you buy another aftermarket charger. 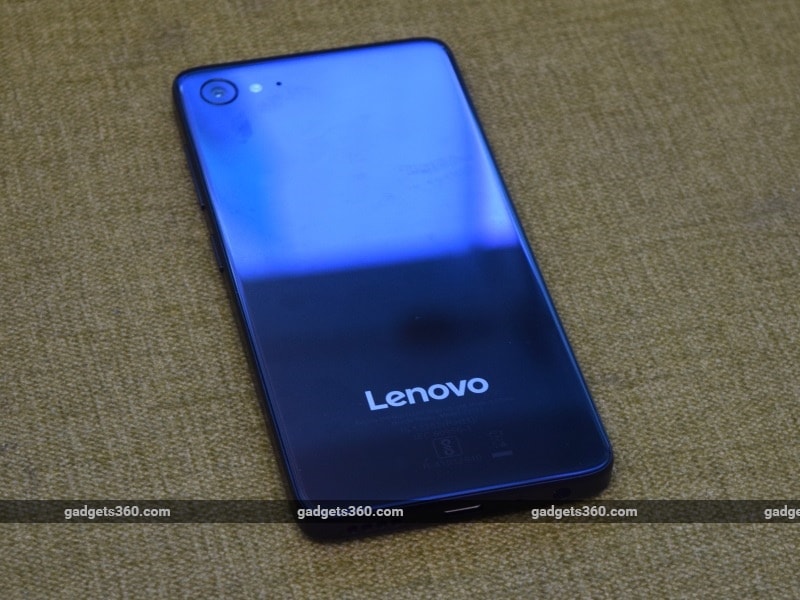 Lenovo Z2 Plus software
While the Zuk Z1 was powered by CyanogenOS, the Z2 Plus uses a custom-built user interface called ZUI, which is essentially the familiar Google Now launcher but with some customisations from the Zuk software development team. Certain aspects of the interface, such as the home screens, widgets, and app drawer are stock Google, while Zuk's customisations show in the notification shade, home button, and quick settings menu. Additionally, the Settings app is laid out differently from what we're used to seeing on devices that use stock or near-stock Android.

The interface and software don't quite give you the same level of customisability that Cyanogen OS offers, but it is fairly conducive to tweaking nonetheless. The Zuk customisations can be controlled through the Settings app, and give you a decent amount of control over the device. However, there is a slight lack of polish to the interface, with some silly grammar and spelling errors showing up in a few places. Strangely, we also found settings for the camera in the Settings app, but there is a way to get to them from within the camera app as well.

The Z2 Plus runs on Android 6.0.1, and with the Zuk team taking the lead on software development, we hope to see timely software updates and security patches. Although there is no firm timeline on when the device will receive Android 7.0, it can be expected. 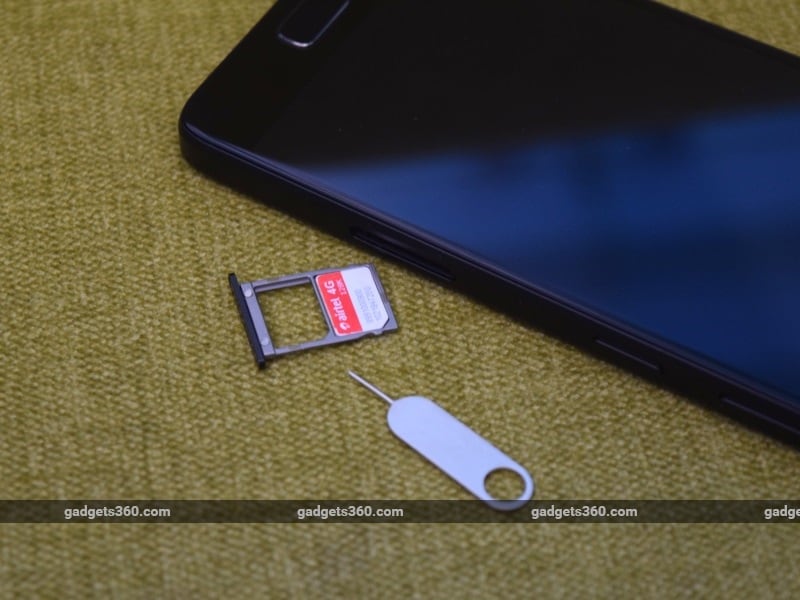 The camera app has all the usual modes, including panorama, time lapse, and slow-motion video, as well as basic filters and a icon for the detailed settings which can also be found in the main Settings app. There are also quick shortcuts for the video mode, camera switcher, flash, HDR mode, and the gallery. The settings menu will let you control the resolution, slow-motion frame rate, and a few other useful settings. Notably, slow-motion frame rate has three options including a rather phenomenal-sounding 960fps mode. 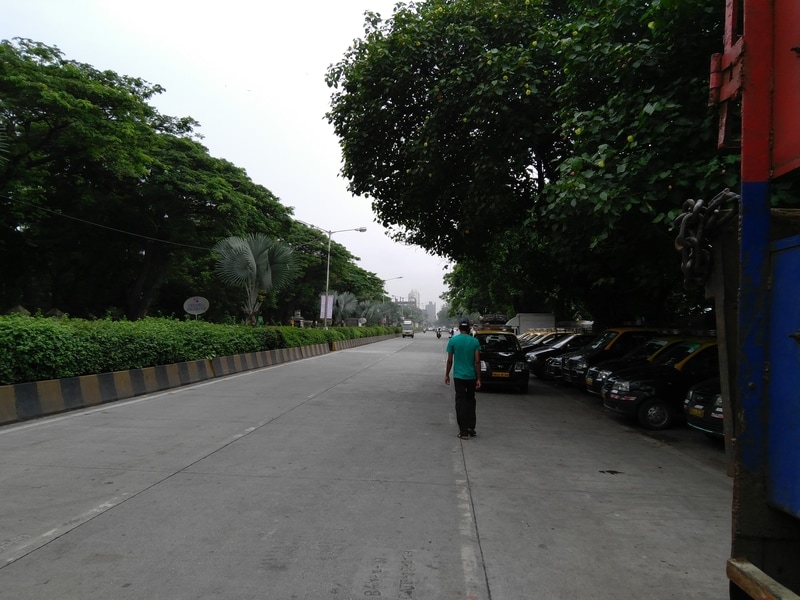 Going straight into the details of the audacious 960fps mode, it turns out that it's just a bit of post-processing trickery involving slowing down the clip on the device itself. The actual framerate is 120fps, and the resolution is capped at 720p. The phone simply slows down playback to give the impression of a high frame rate. Videos shot at the supposed 960fps or even 240fps are not true slow-motion, and lag is visible between frames. You're really better off shooting at 120fps, and that's something that most phones offer these days, so the Z2 Plus doesn't have any advantage here.

There is however the ability to shoot ordinary video at a resolution of up to 2160p, which will result in sharper, more detailed clips. However, shooting at this resolution causes a bit of heat and drains the battery rather quickly, apart from generating massive files. Video is decent enough at 1080p as well. 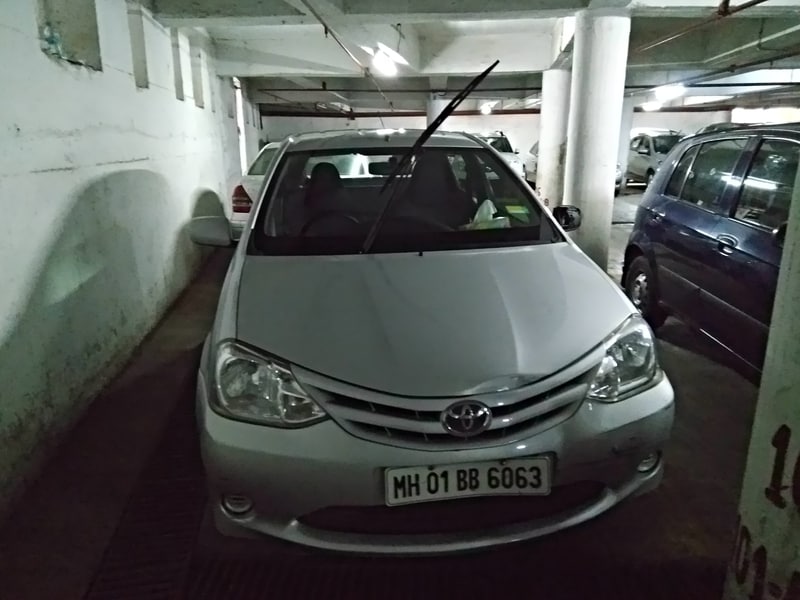 Still photography is a bit of a disappointment with the Lenovo Z2 Plus. Although photos aren't bad, they certainly do not live up to flagship expectations, with the camera performing on par with a typical mid-range device. Colours are dull, there is grain in dark areas, and bright zones in low-light areas end up looking oversaturated. It's difficult to take pictures that really pop in conditions that aren't well lit. The camera of the Z2 Plus is good enough for occasional photography, but if you're camera-happy and like to take a lot of pictures, this isn't the best phone for you. 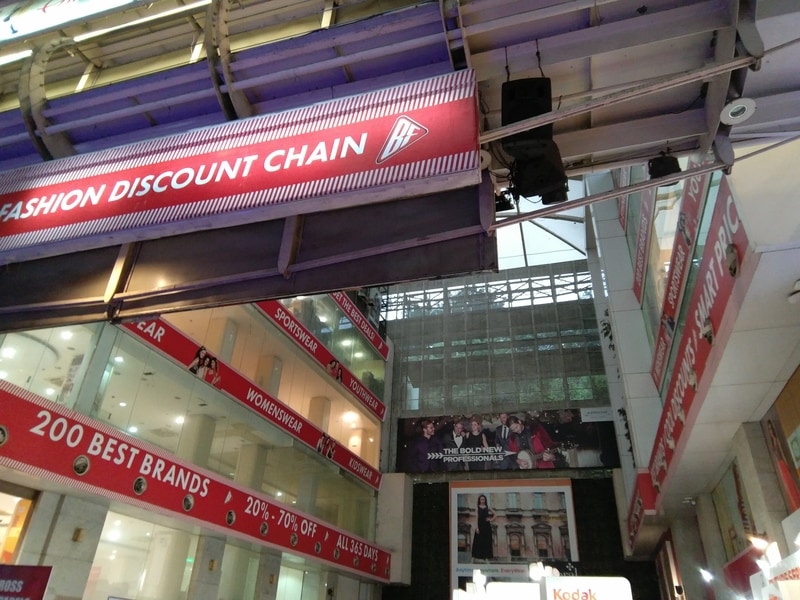 Lenovo Z2 Plus performance
The Lenovo Z2 Plus' performance is expectedly good, thanks to the Qualcomm Snapdragon 820 SoC. Our review unit was the 4GB RAM variant which is more than enough at this point, but there is a 3GB RAM variant available for less which should perform very nearly as capably. Whether you're playing games or jumping between lots of apps open at the same time, the 4GB variant breezes through without any lag or stutter. This is helped by software that is generally efficient. However, there are some slight heat issues, particularly when playing graphically intensive games, and this also leads to quicker-than-usual battery drain.

We ran the phone through our usual suite of benchmarks, and results were on par with what we'd expect from a top-end smartphone with a Snapdragon 820 SoC. AnTuTu produced a score of 129,217, while Quadrant returned a score of 38,482. The phone also performed brilliantly in the graphical benchmark tests, maxing out both 3D Mark Ice Storm Extreme and GFXBench. The phone didn't have any issues running high-resolution video either.

The Lenovo Z2 Plus ran for 16 hours, 40 minutes in our video loop test, and would last well over a day in ordinary use as well, which is excellent despite the power under the hood. Wi-Fi, cellular connectivity, and voice quality on calls are all decent, although the phone's speaker isn't quite up to the mark and produces sound that is a bit tinny. 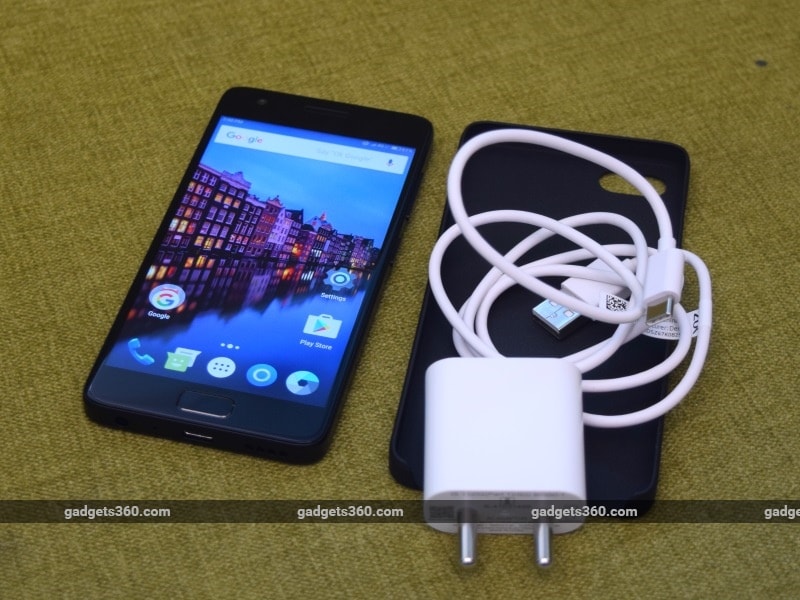 Verdict
After the saturation of the budget and mid-range segments for mobile phones, manufacturers have now moved on to offering high-end hardware at decidedly mid-range prices. With its premium specifications and high-quality build, the Lenovo Z2 Plus is a proper powerhouse of a smartphone that can hold its own against any flagship device when it comes to performance.

While the Lenovo Z2 Plus may not necessarily the most appealing flagship, its greatest advantage over the competition is its cost. Starting at Rs. 17,999, the phone offers top quality at a very reasonable price, and even the more expensive Rs. 19,999 variant is more affordable than any other similarly specified smartphone. This is what makes the phone easy to recommend. The Lenovo Z2 Plus offers flagship performance and quality at a mid-range price, and makes a lot of sense for anyone from casual to power users - unless camera quality is extremely important to you.