Lenovo's Z2 Plus is the company's latest attempt to tap into a price segment where it hasn't made a lot of progress. The Lenovo Vibe X3 (Review) was the last model with which the company targeted this segment and that was at the beginning of 2016. At the Z2 Plus launch on Thursday, Lenovo also made sure to state that this phone will be the most affordable Qualcomm Snapdragon 820-powered model available in the Indian market. Other Snapdragon 820-based smartphones such as the Le Max 2, Mi 5, and OnePlus 3 are all priced higher.

The Chinese company is promising a lot of new features with the Lenovo Z2 Plus, which starts at a price of Rs. 17,999 and will go on sale from next week. We got some time to play with the new device, and here are our first impressions. 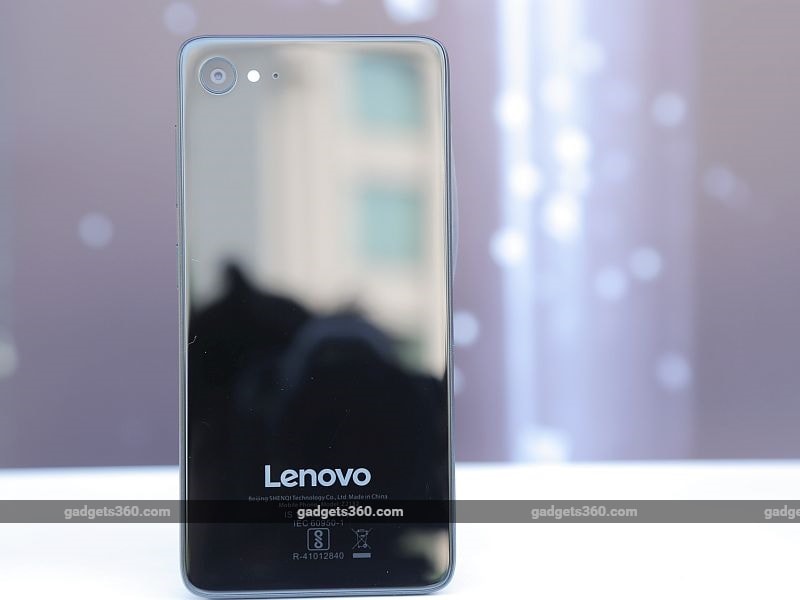 When seen from a distance, the Z2 Plus reminds you of the iPhone 5s, though the feeling ends as soon as you hold it in your hands. With a 5-inch screen, the smartphone easily fits into one hand and can be operated easily. The rounded edges help you get a good grip on the Z2 Plus. At the launch, Anuj Sharma, Head of Product Marketing, Smartphones, Lenovo MBG India, stressed that the Z2 Plus is designed for one-handed usage. Unlike a lot of smartphones available in the market now which have all-metal bodies, the Z2 Plus features a fibreglass frame which offers sturdiness. Talking about the design, Lenovo India is also heavily marketing the alloy roll-cage of the Z2 Plus which is claimed to improve structural integrity as well as maintain thermal balance.

(Also see: Why Lenovo Is Dropping the Zuk Branding in India With the Z2 Plus)

The front of the Z2 Plus is dominated by the 5-inch display which has a resolution of 1080x1920 pixels. The display is sharp and text looks crisp, though we noticed that the brightness wasn't as high as we would have liked. Under the sun, the display looked a bit dull. The Z2 sports no branding on the front, though a Lenovo logo can be seen on the rear. There is a rectangular home button below the display which has an embedded fingerprint scanner. The power and volume buttons are placed on the right, and are easily accessible with a thumb. We also liked the tactile feel of the physical buttons on the handset. The rear panel is curved glass, which gives the handset a decent feel without making it too slippery. The two SIM slots are also on the right. The bottom is where you'll find the speaker grille, 3.5mm audio jack, and USB Type-C charging port.

Lenovo Z2 Plus sports a "U touch 2.0" fingerprint scanner on the front which is easy to reach. It can be used to perform different gestures such as a single touch for back; a long touch to bring up notifications; a double press for the app switcher; left or right swipes to get to recently used apps; a single press for home; and a long press for Google Now. 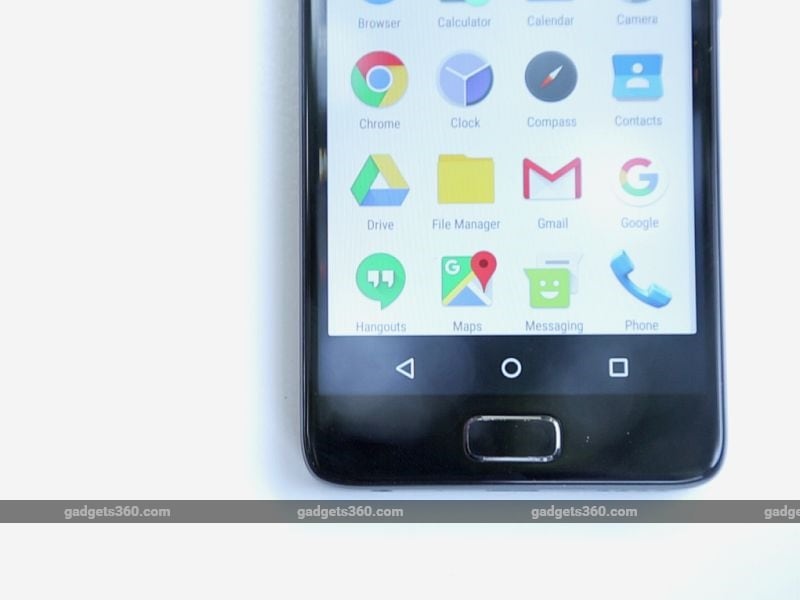 Shortcuts can also be customised as per user preference. During our limited time with the device, we found that the gestures worked well, though it will take some time to learn them all. 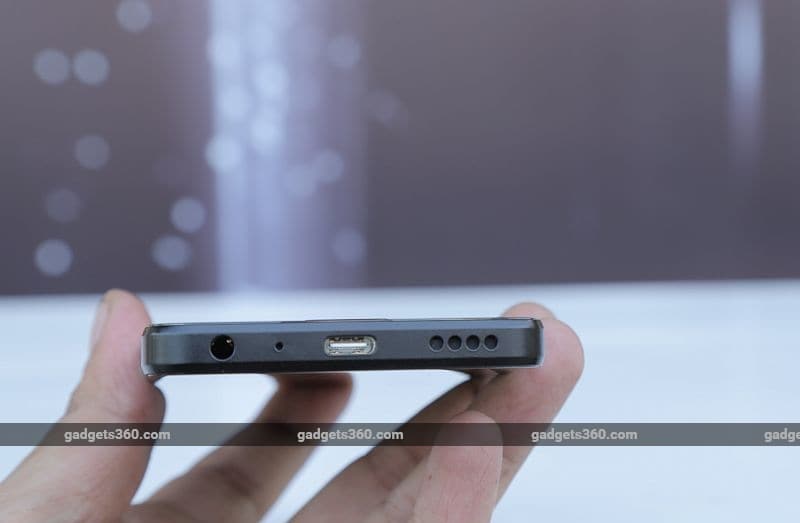 At the launch, the company claimed that its fingerprint sensor is up to 99.7 percent accurate and will keep learning, which means it can get better with use. Another notable feature is that it can work with wet or sweaty hands, which could be convenient.

The Lenovo Z2 Plus runs the company's slightly tweaked version of Android 6.0 Marshmallow. For the Indian market, Lenovo has gone with the Google Now launcher which will be set as the default. Users can change the launcher if they wish. Some of the tweaks made on the software front for easy one-handed use include a quick settings panel that can be accessed by swiping upwards from the bottom of the display. The dropdown shade only shows app notifications. 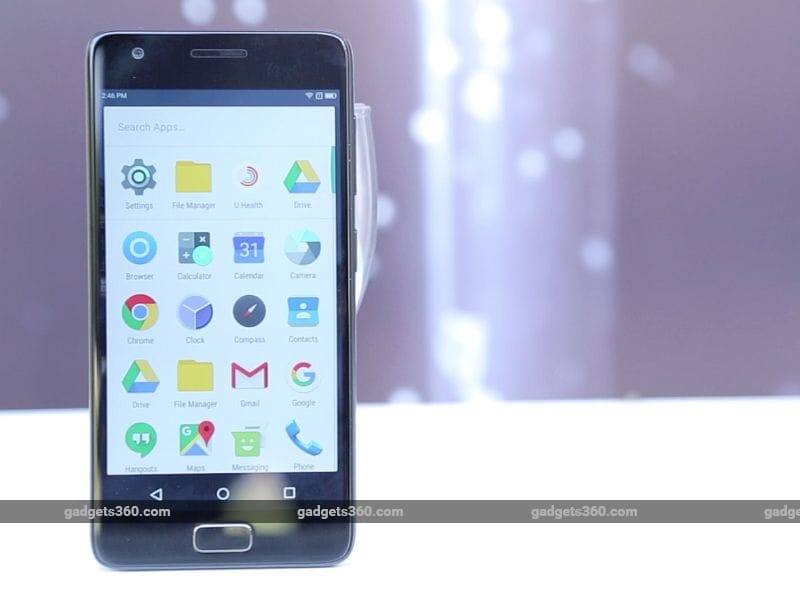 Another important feature that was heavily promoted by Lenovo at the launch event is the inbuilt U-Health app. The Z2 Plus sports a dedicated pedometer apart from the usual gyroscope, compass sensor, accelerometer, light sensor, and proximity sensor. Lenovo's idea of shipping the Z2 Plus with a variety of sensors is to make the device a fitness and activity tracking device without the need for additional sensors. The U-Health app can also easily sync with any fitness tracking device as well as apps such as Google Fit.

The dual-SIM Z2 Plus supports 4G with VoLTE which means it can take advantage of Reliance Jio services. At the launch, Lenovo talked about how several people leave their phones charging all night. Backed by a 3500mAh battery, this phone also features an intelligent charge cut-off feature to ensure that the battery does not overcharge. 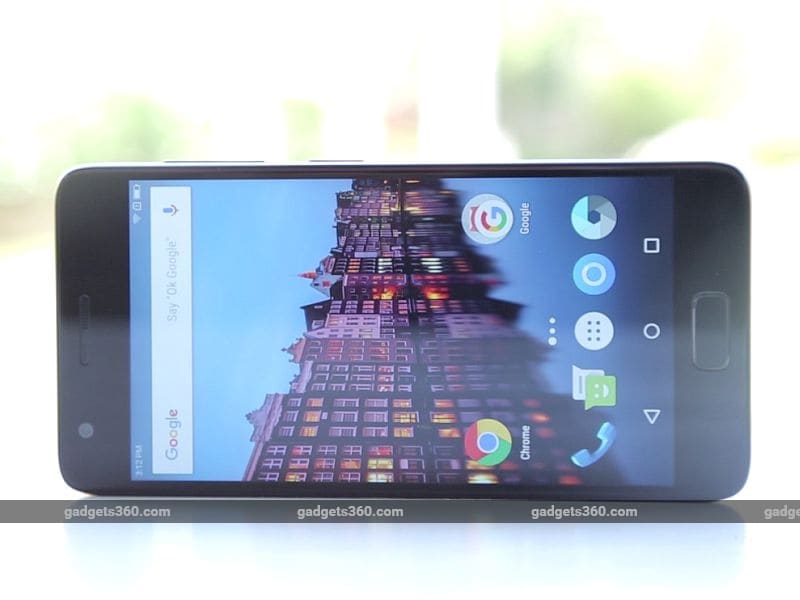 The 13-megapixel rear camera has an Isocell sensor, PDAF (phase detection autofocus), EIS (electronic image stabilisation), f/2.2 aperture, and LED flash. Much like other high-end Android smartphones, the Z2 Plus can also record 4K videos, slow-mo video at up to 120fps, and full-HD time-lapses. We managed to take some some decent-looking shots in normal indoor lighting, which were crisp with proper colours showing up on the device's screen. Low-light shots also seemed above average. Shots taken with the 8-megapixel front camera looked fine as well. We found the camera app easy to use, and it launched quickly whenever we tried it. We also noticed that the smartphone's rear camera locked focus quickly. Due to the nature of the event, we couldn't check all the camera modes of the Z2 Plus, but you can look forward to our full review. 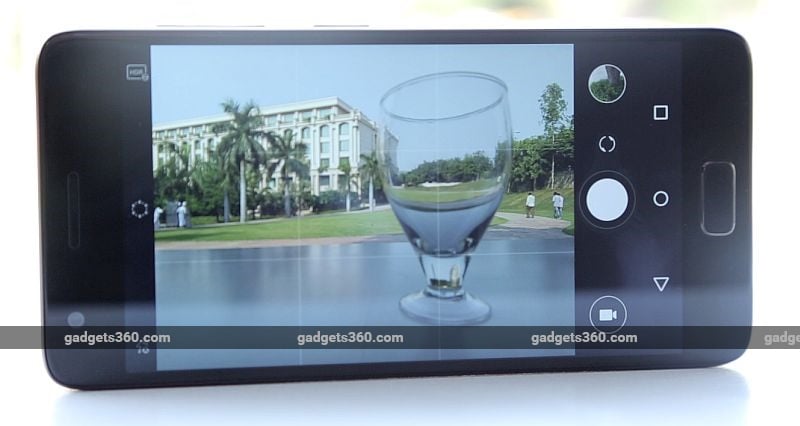 Under the hood, the Z2 Plus is powered by a Qualcomm Snapdragon 820 SoC clocked at 2.15GHz coupled with either 3GB or 4GB of LPDDR4 RAM. The device will be available in two variants, one with 32GB of storage and the other with 64GB. Storage cannot be expanded. In our limited time spent with the device, we found that it handled multitasking without lags and responded well to touch inputs. Apps launched quickly and we could easily switch from one to another without any issues. We will have to reserve our verdict on the Lenovo Z2 Plus's overall performance till we get a chance to put it through our detailed review process. At this price point, the Z2 Plus will have an advantage over other Snapdragon 820 powered smartphones currently up for sale at higher prices and should prove to be popular. Stay tuned to Gadgets 360 for a full review of the Lenovo Z2 Plus, coming up soon.

product We go hands-on with the most affordable Snapdragon 820-powered smartphone in India, the Lenovo Z2 Plus.