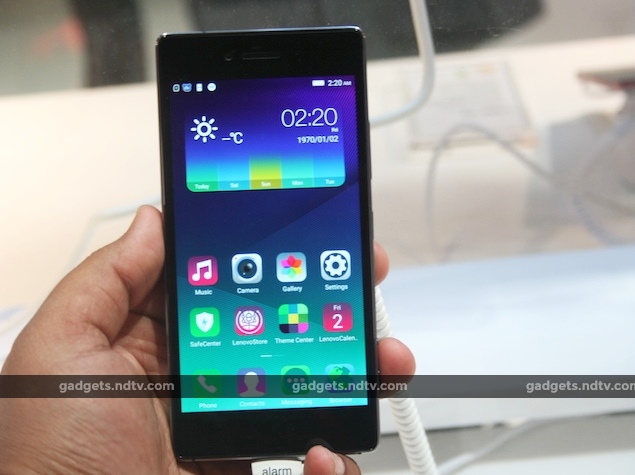 The mid-range smartphone segment in India is filled with some really great, powerful devices. However, these phones are not the best when it comes to camera performance. Microsoft is the only manufacturer, at the moment, that is still making smartphones catering to an audience that wants a good camera; the Lumia 730 (Review | Pictures) and Lumia 830 (Review | Pictures) being prime examples. Lenovo is now trying to bring some variety into this segment by adding the aptly named Vibe Shot into the mix. 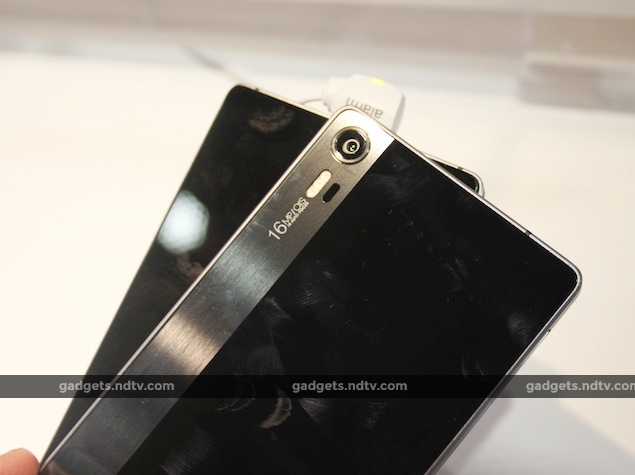 Design
At first glance, it looks like Lenovo is taking the smartphone-camera crossover bit very seriously, which is evident from the design of the Lenovo Vibe Shot. The phone has a camera button, a switch that lets users toggle between the smart and pro camera modes, and a lanyard loop.

Lenovo uses a good mix of metal and glass in the construction of the Vibe Shot. A metal trim runs along the edges of the phone. Additionally, there is a metal strip that takes up 1/3rd of the space on the rear. It lends a lot of character to the otherwise normal candybar design; we think it oozes style. We also felt that the phone has a nice reassuring grip. The 7.3mm-thick phone weighs 145 grams. Our only gripe with the otherwise well-built phone is that the rear is a huge fingerprint magnet. 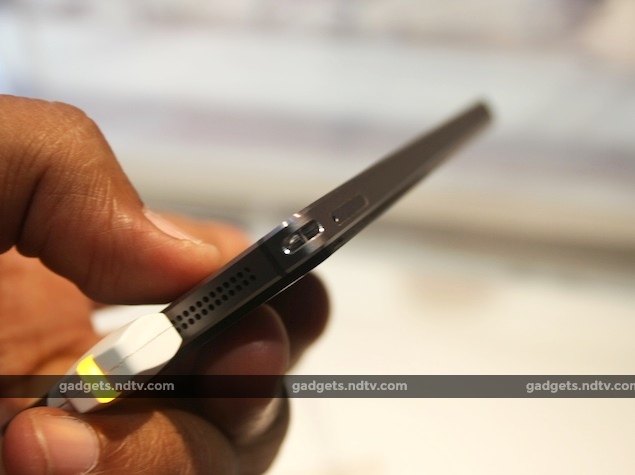 Specifications, software and cameras
Under the hood, the Lenovo Vibe Shot packs a 64-bit octa-core Snapdragon 615 SoC. There is ample 3GB of RAM and 32GB of inbuilt storage. Unfortunately, there is no memory card slot to add more storage space.

The phone has a 5-inch 1080p panel that has great viewing angles and is packed with pixels. It accepts two Nano-SIM cards. In other connectivity options, the phone also packs support for Bluetooth 4.1 LE. It has a fairly large 2900mAh battery providing it the juice it needs. 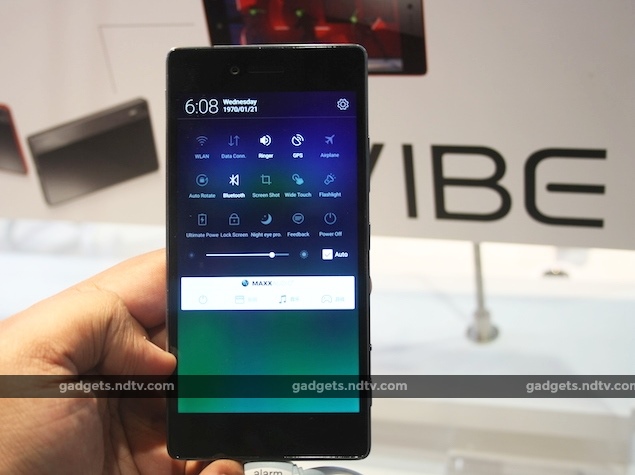 Lenovo uses Vibe UI skin on top of Android 5.0 Lollipop but unlike the implementation we saw on the A7000, Lenovo has tweaked all aspects of Lollipop to be in line with Vibe UI's aesthetics.

The main camera on the Lenovo Vibe Shot can shoot 16-megapixel images and has an infrared autofocus, which Lenovo claims can focus at 2x speeds compared to normal autofocus. We did notice that the autofocus on the phone was fast but we couldn't really determine how fast. Also, the camera has OIS and tricolour flash that automatically luminosity based on ambient light conditions. This is bound to be useful for low-light photography. 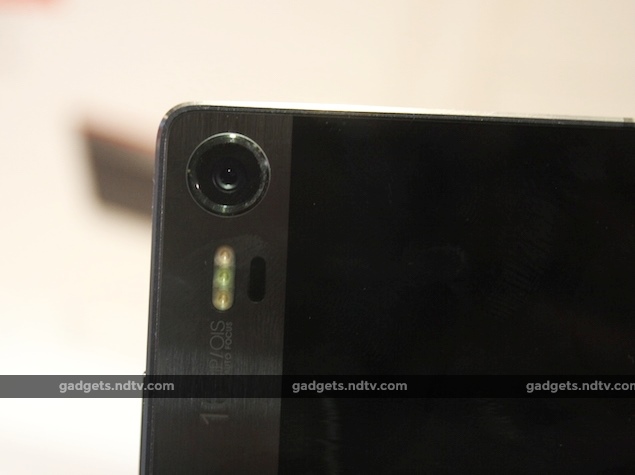 The front camera can capture 8-megapixel selfies. We took a photo with the main camera under incandescent light and after transferring them to a computer noticed that the images looked sharp and had great colour reproduction as well. We'd definitely love to test it out in regular conditions when we get our hands on a review unit.

Final thoughts
We really think the metal on the body of the Lenovo Vibe Shot is a neat addition. Moreover, if the camera inside the phone manages to outperform other phones in this price range then we really think that Lenovo might have a winner on its hands. The phone is priced at $349 (approximately Rs. 21,600) for the markets in which Lenovo operates. Keep watching this space for our full-fledged review of the phone

Disclosure: Lenovo made the announcement at an event on the sidelines of MWC in Barcelona. MediaTek sponsored the correspondent's flights and hotel in Barcelona.