Some phones boast about being the slimmest in the world. Some aim to be the lightest. Not the Lenovo S860. Next to any of today's waif-like smartphones, this one looks like a military tank. It's unapologetically hefty, but promises one massive feature that many other companies have chosen to let slide over the years: multiple-day battery life.

As competition intensifies, every manufacturer in the world has raced to shave every possible bit of weight and thickness while still cramming more and more features in. Huge high-resolution screens, powerful processors, always-on sensors and high-speed data connections all take a toll on battery life, but few people would be willing to sacrifice style in order to make room for a bigger, heavier battery.

Lenovo at least seems to be willing to take a chance, and we welcome the break from convention. 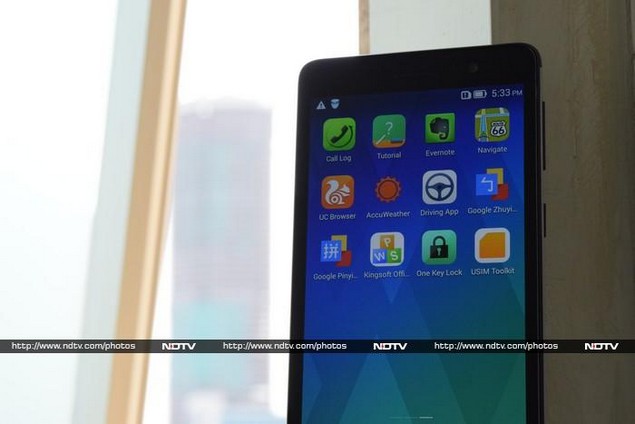 Look and feel
So, the Lenovo S860 isn't concerned with being slim or light, but just how far does it go in the opposite direction? The answer, it seems, is a bit too far. The S860 is a hulking beast of a phone by today's standards. At 10.3mm and 190g, it's the thickest and heaviest handset we've seen in a very long time. It also looks too plain to make up for this. Despite the promise of a phenomenal battery, a lot of people will be put off.

This is definitely not the most comfortable phone to hold or use with one hand. In addition to its weight, it's difficult to reach all corners of the relatively large screen thanks to the phone's thickness.

The S860 is a very unassuming brick with no real distinguishing features on the front. You can just about discern the earpiece, front camera and notification LED above the screen. The capacitive buttons are hidden and don't light up until they're touched, which makes it a bit difficult to find them when needed. 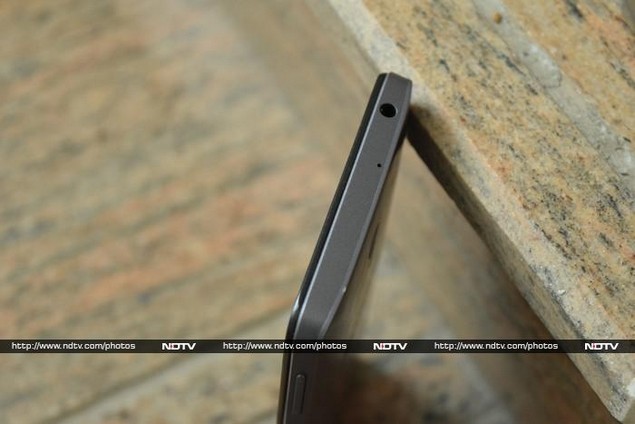 The sides and back have a metallic finish, though only the back looks brushed. Lenovo calls its colour Titanium but it's more like a very subtle purple. The cutouts for the camera lens and flash are centred on the back and chamfered to give them a silver-ringed look. Right below them is a huge Lenovo logo embossed in a mirror-finish metal.

The rear panel isn't removable, and the two Micro-SIM cards sit side-by-side in a single tray on the phone's left side. The power button and volume rocker are on the right. There's only a standard 3.5mm headset socket on the top, but the Micro-USB port on the bottom is flanked by twin speaker grilles. Hopefully, the phone's large body will allow for decent speakers. 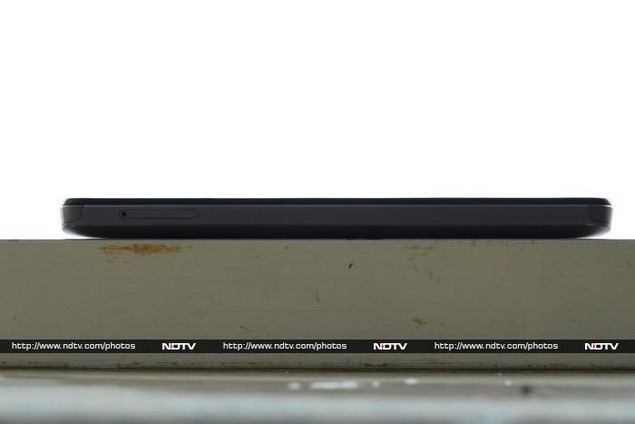 Specifications and software
The S860 also isn't very exciting when it comes to its specifications. It has a decidedly mid-range quad-core MediaTek MT6582 SoC running at 1.3GHz but there's a healthy 2GB of RAM. Storage is limited to the 16GB of onboard flash memory, since there's no microSD card slot.

The screen measures 5.3 inches diagonally but its resolution is only 720x1280. Considering the number of 1080p phones now available at mid-range prices, this isn't all that impressive. You get Wi-Fi b/g/n, but the older Bluetooth 3.0 standard which means popular low-energy accessories aren't supported.

The most interesting feature of the Lenovo S860 is its 4,000mAh battery which is around twice as large as most phones offer these days. There's also an additional trick: using the included USB OTG adapter, you can plug other devices into the S860 to charge them. This could come in handy in a pinch, but only as long as you have an OTG adapter handy (which, honestly, isn't ever likely to be the case). Unsurprisingly, the phone comes with a rather hefty 2-Ampere charger. 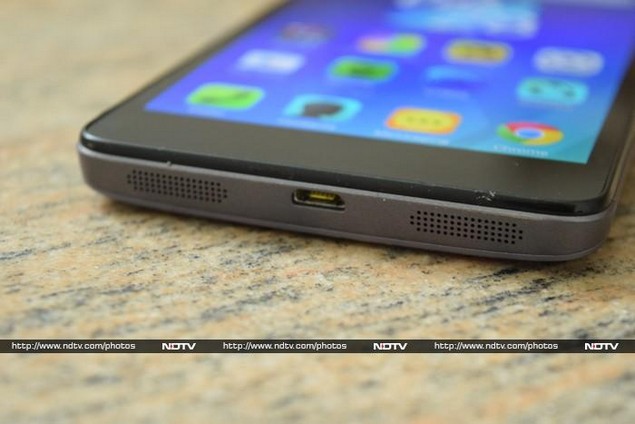 Even though it was launched relatively recently, everything about the S860 already feels about one generation too old - that's how fast things move in this industry.

The S860 comes running Android 4.2 but an update to version 4.4.2 is already available and you can download it as soon as you take the phone out of its box. Lenovo has stuck with the same skin and suite of apps we've already seen on the Lenovo S660 and Vibe Z this year, but it's a little brighter, with more colourful icons. We would prefer to have separate homescreens for widgets and an app drawer for shortcuts, but these are all mixed together. Once you fill up your menu pages, rearranging icons and widgets becomes quite painful. 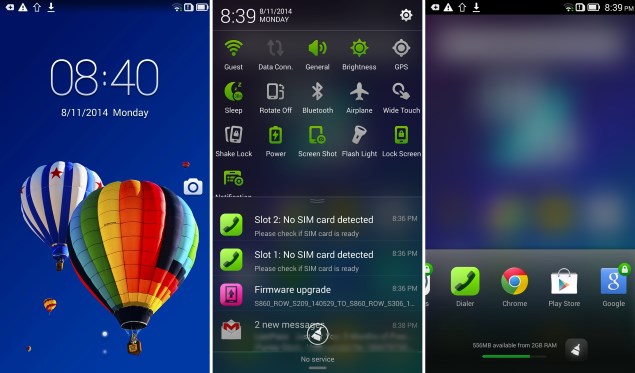 The notifications shade is well designed, with a row of five shortcut icons that can be pulled downwards to show 11 more shortcuts. You can lock apps in the task switcher so you don't shut them down accidentally. There's a tab in the Settings app called Feature Settings which shows the controls for Lenovo's own Android enhancements. You can enable a floating one-touch shortcuts panel, unlock the screen with a swipe even when it's off, and make the phone keypad (but nothing else) stick to one side of the screen for easy one-thumb dialling. There are also that let you lock the phone by shaking it, delay locking if your face is in front of the phone, increase the ringtone volume when the phone is in a pocket, and automatically dial numbers when you raise the phone to your face.

Smart Scenes lets you define a Wi-Fi network preference and ringing profile during a fixed time interval on weekdays and/or weekends, but this is not the same as geofencing which actually detects where you are using GPS. 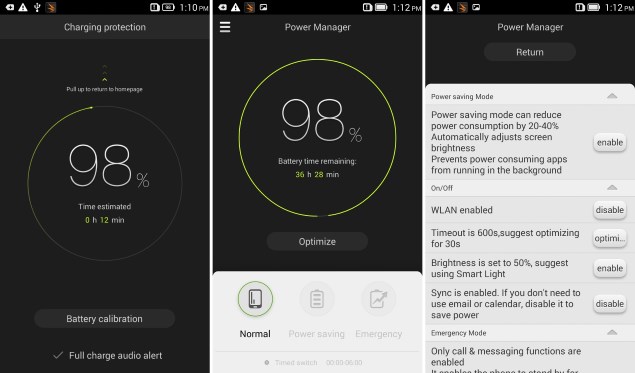 Lenovo's SYNCit and SHAREit apps are preinstalled, and they're fairly useful. The former lets you back up and restore your contacts, messages and call log while the latter requires both the sender and recipient to have it in order to exchange files.

SECUREit appears to have been renamed to just plain Security, but it still includes antivirus, privacy, data usage, anti-spam, anti-theft, cleanup, parental control and private storage features. The comprehensive Power Manager app gives you detailed battery usage stats and helps you gauge how much time you have till the battery runs down. It also lets you recalibrate the battery usage meter and switch into a power saving mode which prevents apps from running and using data in the background, and an emergency mode which shuts down all functions other than calling and messaging.

Chrome and UC Browser are both preinstalled, along with AccuWeather, Kingsoft Office, Evernote, Facebook, Twitter, Skype, and a few "freemium" Ubisoft games. 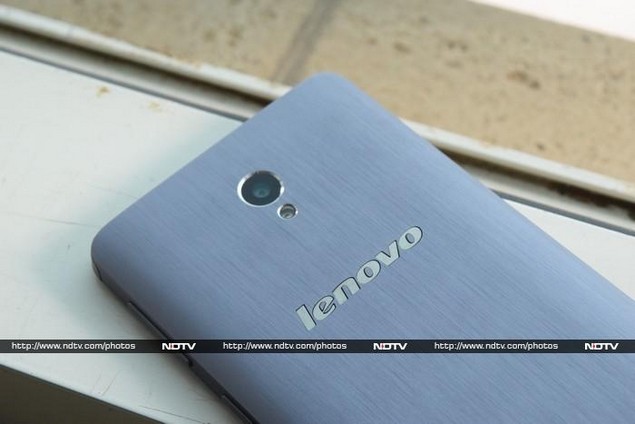 Camera
The Lenovo S860's camera performance came as a pleasant surprise. Photos were mostly clean and subtle details were visible across shots taken in a variety of lighting conditions. There tended to be a little fuzziness at medium to long distances and colours were just a little too muted for our liking, but the overall quality was highly impressive.

Close-up shots were outstanding, and photos taken in the right light were adequately sharp even when viewed on a big screen at 100 percent. Photos taken indoors were a bit grainy but still perfectly usable when scaled down to normal proportions. 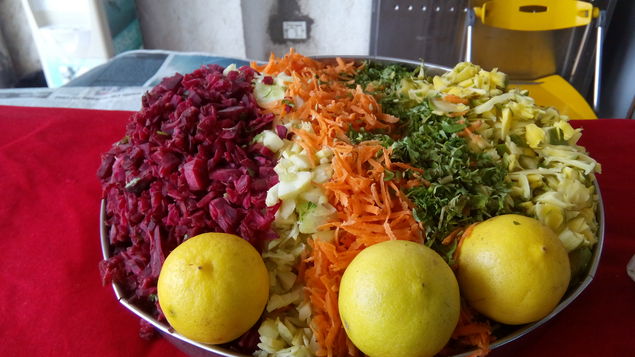 Low-light performance was mixed - many of our test shots came out fuzzy and with poor detail when there was really no illumination at all, but the flash was quite powerful and quality improved with every little bit of added light.

Video was fine, for the most part. The default recording resolution is 720p but it can be bumped up to 1080p. Detail levels were just about okay and we had trouble with light and dark areas within the same frame, but videos came out smooth and sound was captured quite well. 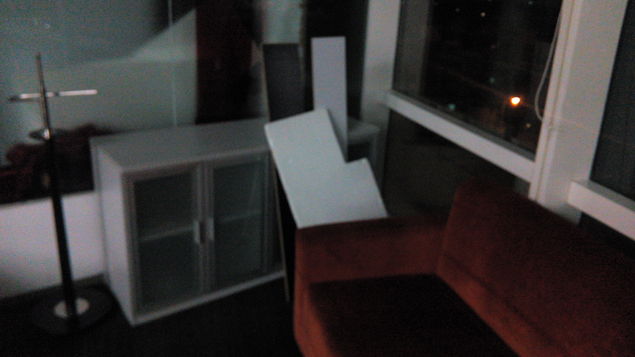 Lenovo's camera app is clean and minimal. You have controls for the flash, HDR mode, creative filters and timer right on screen, while other settings such as exposure, white balance, ISO and focus mode are in a menu. There are dedicated modes for picture-in-picture, panorama, macro, face beauty and EV bracketing.

Performance
We were pretty disappointed with the benchmark results posted by the Lenovo S860. Mediatek's MT6582 just isn't a great performer, especially in the graphics department, and it shows. The GFXbench result was a substandard 7.1fps, and 3DMark's low-spec Ice Storm test for 720p devices returned only 3141 points. AnTuTu and Quadrant scored 17,096 and 8,667 points respectively. Some of these scores are lower than or at par with those of recently released sub-Rs. 10,000 phones such as the Asus Zenfone 4 and Zenfone 5. The perpetually-sold-out Xiaomi Mi 3 (Review | Pictures) of course blows them all away. 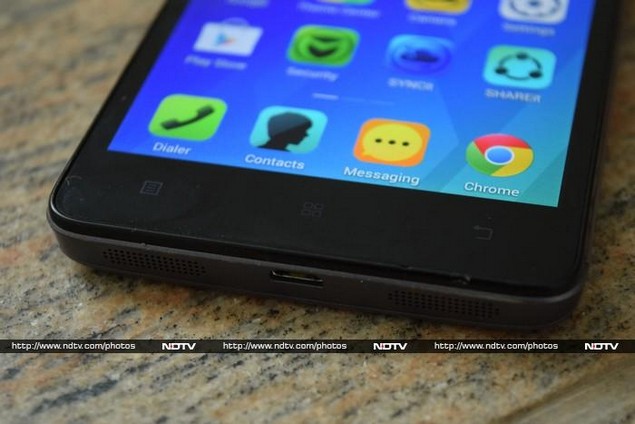 The S860 handled our 1080p test videos quite well, except for a bit of artefacting in our most heavily encoded file. Casual games ran reasonably well. Only one of the two symmetrical grilles on the phone's bottom is a speaker. The sound it produced was loud and rich, but distorted at high volume.

Of course we were most excited to see how well the battery would hold up. With a capacity of 4,000mAh, we were expecting the S860's battery to power it through 14 or more hours in our video loop test (and were fully geared up to monitor it for that long) but we were disappointed yet again. The S860 ran for 9 hours and 2 minutes - which is still fantastic by any standard - but isn't quite as much as we would have really liked. 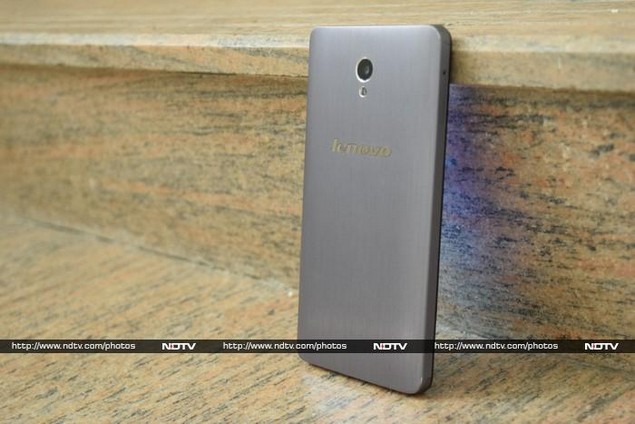 Verdict
The Lenovo S860 does not perform as well as the current crop of popular mid-range Android phones such as the Xiaomi Mi 3 and Asus Zenfone 5 (Review | Pictures). Considering it's priced higher than either of those two devices, things really don't look good for it.

The battery is of course a compelling argument in favour of the S860. You should be able to get at least a day and a half worth of uninterrupted usage including a reasonable amount of time spent on calls, messaging, Web surfing, gaming and watching videos - but as tempting as that sounds, you'll have to decide whether it's worth putting up with this phone's bulk, weight, and average performance. 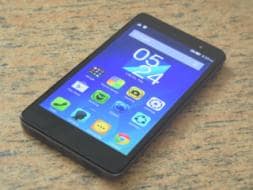