Lenovo is steadily expanding its Phab series of smartphones. Rather than spamming the market with a hundred variants, the company has only just launched the successor to last year's Phab Plus (Review). We felt that phone had great potential as a media consumption device but its size made it incredibly awkward to carry, even if you have abnormally large hands.

This year, we have the Phab 2 Plus, which was announced as part of a trio including the Phab 2 and Phab 2 Pro. The Plus variant is the only one to make it to India so far, and it serves as a successor to the existing Phab Plus. With more manageable dimensions this time around, the highlight feature here appears to be a dual-camera setup. At Rs. 14,999, the Lenovo Phab 2 Plus locks horns with Xiaomi’s Mi Max (Review), which is pretty much the only other model in this price segment with similar features.

With the Mi Max being perpetually out of stock everywhere, is Lenovo’s offering a viable alternative? Let’s find out.

Lenovo Phab 2 Plus design and build
The phone gets a metal unibody and curved Gorilla Glass on the front. It feels tough enough to withstand a drop or two. The Phab 2 Plus is a massive phone and despite Lenovo trying its best to minimise the footprint with thin bezels and no excess space above and below the display, it still requires two hands to operate. There is a one-handed mode but that only lets you shift the lockscreen's numeric PIN keypad and the dial pad to one corner for better reach, rather than shrinking the entire screen. 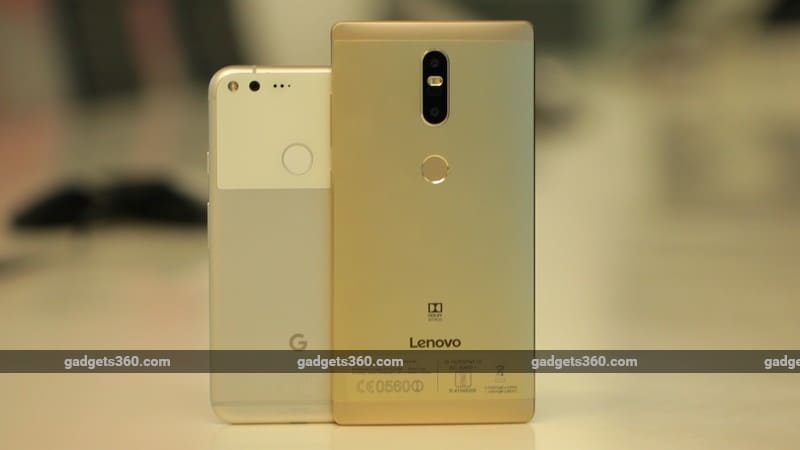 The display measures 6.4 inches diagonally and is an IPS panel with a full-HD resolution, which results in a crisp 344ppi pixel count. Text is sharp and icons lack jaggedness around the edges. Colour reproduction is pretty good too and the Lenovo Phab 2 Plus fares well under direct sunlight. However, the ambient light sensor can be a little slow to react at times. Touch response is also spot-on.

The Phab 2 Plus gets backlit capacitive navigation keys at the bottom and a notification LED on the top. There’s a SIM tray on the left that can house either two SIM cards or one SIM and a microSD card (up to 128GB). The volume and power buttons have good tactile feedback and are placed fairly ergonomically on the right. There’s a mono speaker at the bottom along with a Micro-USB port, and a headphones socket up on the top.

The back is slightly curved so the Lenovo Phab 2 Plus  sits comfortably in your palm. You’ll find the dual cameras and the fingerprint sensor on the back. The latter works well and authentication is fast and painless. We rarely had any misreads. However, you can only use it to unlock the phone, not secure apps or folders. The Phab 2 Plus ships with a 10W charger, data cable, SIM ejector, instructions, and JBL earphones. The quality of the accessories is good although we didn’t like how short the supplied cable is. 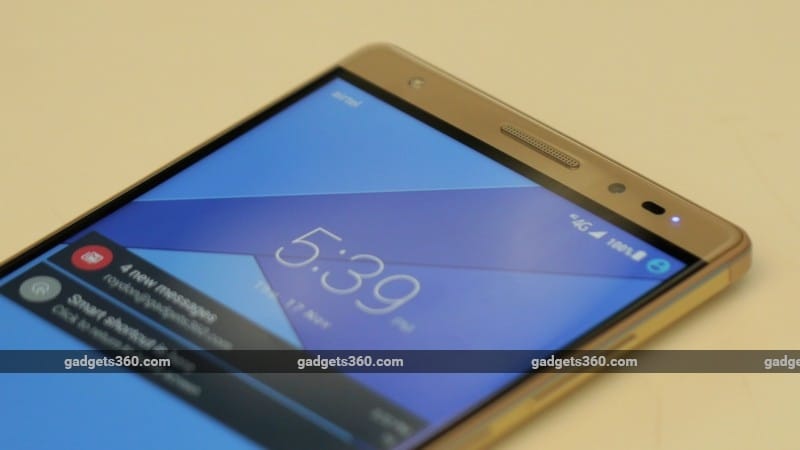 The Lenovo Phab 2 Plus scores well in terms of build quality. The design feels a bit generic but the most annoying thing here has got to be its size and weight. 218 grams is a lot for something you’ll be carrying around in your pocket every single day, and it's very noticeable when you’re holding the phone up to talk or do anything for an extended period. The sheer size of the phone makes it cumbersome to carry around. It sticks out everywhere, which might not be an issue if you carry your phone in a handbag or backpack, but it's almost impossible to sit comfortably with the Phab 2 Plus in a trouser pocket.

Lenovo Phab 2 Plus specifications and features
On paper, the Phab 2 Plus meets the core specifications we’ve come to expect from smartphones in this segment. You get an octa-core MediaTek SoC (MT8783), 3GB of RAM, and 32GB of storage. It’s interesting to note that this SoC isn't a very popular one. It consists of eight ARM Cortex-A53 cores and is built on a 28nm fabrication process, so it isn't too different from other MediaTek chips.

The rest of the specifications include Bluetooth 4.0, dual-band Wi-Fi 802.11b/g/n/ac, FM radio, GPS, and USB OTG. The phone also supports 4G on all Indian bands and also VoLTE. This recipe works very well with the near-stock implementation of Android Marshmallow, which is a refreshing change from the custom interfaces we've seen in the past. Apart from a custom icon set, it’s pretty much untouched.

The Settings app has a Smart Assist feature that lets you control things like one-handed mode and auto-answering a call when you bring it to your ear. Smart Shortcut gives you a floating menu to which you can add app shortcuts. Lenovo pre-installs apps including McAfee Security, Netflix, and Swiftkey. There’s also SHAREit, SYNCit, which unites multiple cloud services in one place, much like the equivalent programs on Lenovo's laptops. Lenovo Phab 2 Plus performance
General performance is relatively smooth thanks to the near-stock Android, but performance begins to throttle once you try juggling between apps, using the AR features of the camera, or basically anything CPU intensive. We noticed intermittent stutter when multitasking and when using the camera. We also noticed that the Lenovo Phab 2 Plus heats up quickly if you’re watching a video, using the camera or even having a long call. Heat can be felt along the edges where the buttons and the headphones socket are placed, and the back.

Benchmarks tell the story better. AnTuTu returned 36,629 points; GFXbench gave us just 12fps; and the Jetstrem browser benchmark retuned 17.2 points. Gaming performance seems to be limited as the Mali-T720 GPU appears to be a bit too weak for full-HD gaming. As a whole, this SoC is definitely weaker than the Snapdragon 6xx series chips which we see in many other phones in this price range. The Lenovo Phab 2 Plus deserved better. 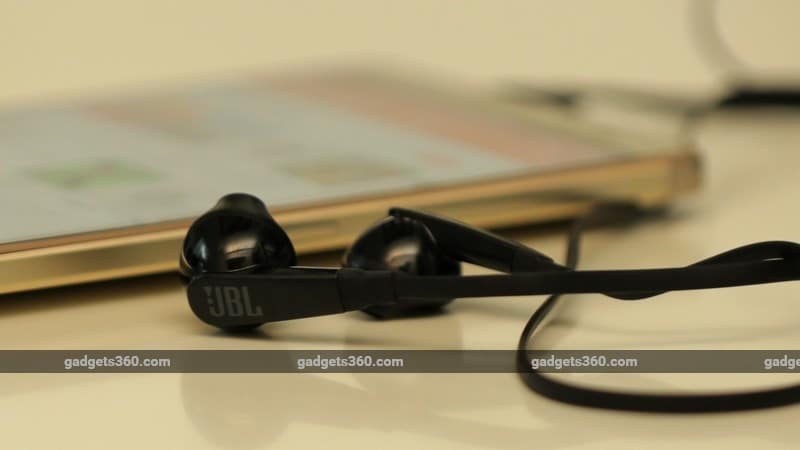 One big feature that Lenovo is promoting with this phone is Dolby Atmos audio. An app lets you customise sound profiles based on the type of media you’re listening too. Atmos is all about 360-degree sound, which is obviously not possible with one single speaker. However, it does get fairly loud compared to most other phones with a single speaker, and audio quality is decent for games and other media. The bundled JBL earphones aren’t very good at isolating ambient noise or at audio playback. Videos encoded with Dolby Atmos support have good aural separation. Videos look great on the Phab 2 Plus, which can handle up to 1080p files.

The Lenovo Phab 2 Plus  features two 13-megapixel camera sensors, laser auto-focus (AF), and phase-detection auto-focus (PDAF). The secondary camera sensor is used for measuring depth but it didn't seem to do anything to improve the quality of pictures. We tried taking photos with that lens both blocked and clear, and didn’t really see any significant difference. We recommend that you use HDR for landscapes in daylight, as without it, pictures look pretty dull. The Phab 2 Plus struggles to capture good details in distant objects, but macro shots fare much better, with good levels of detail, background blur, and colour saturation. 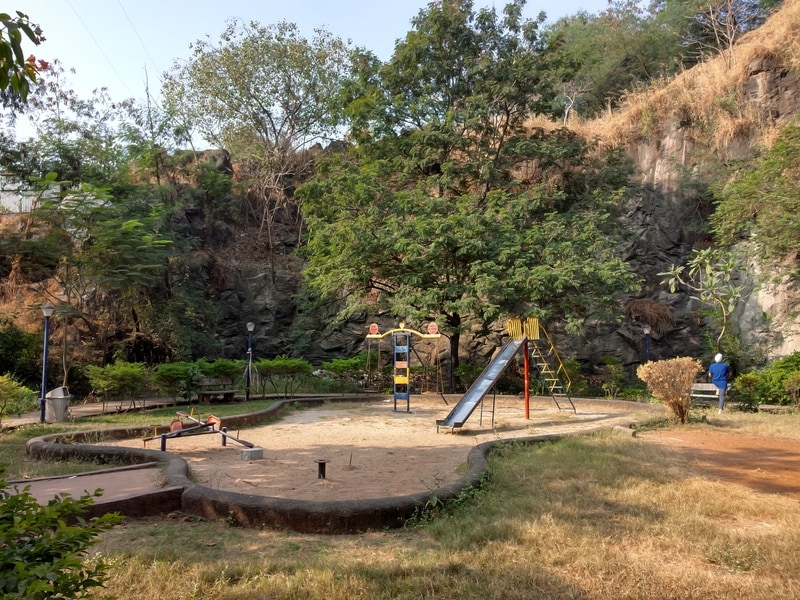 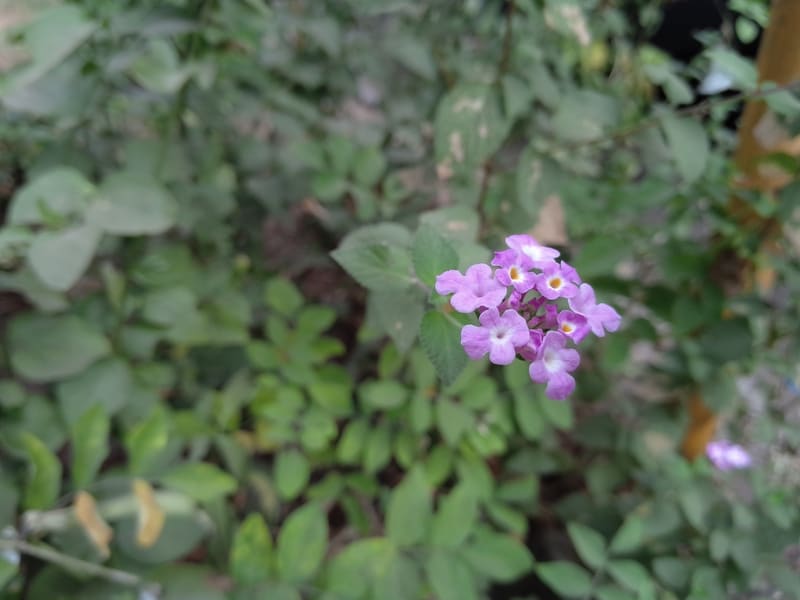 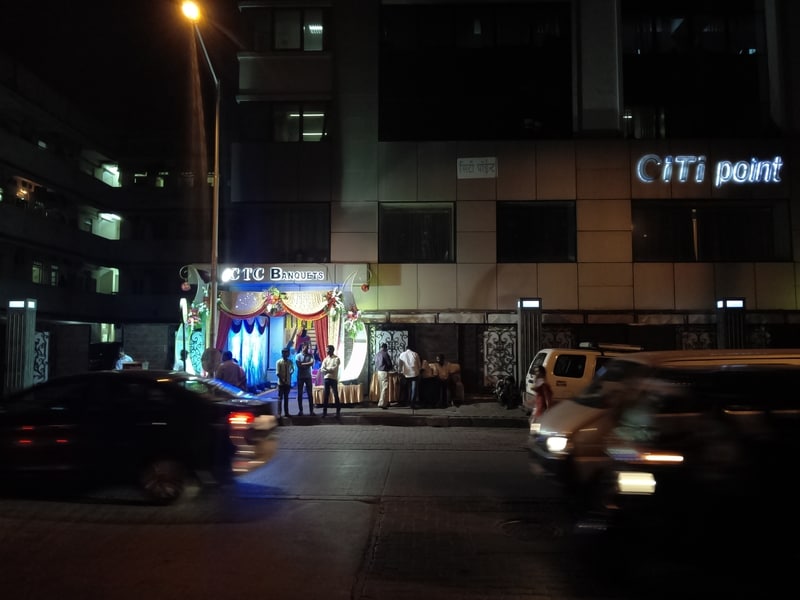 Focusing is quick, and continuous autofocus works well even with video, although we would have liked a tap-to-focus feature too. Once the phone starts to heat up though, focusing speeds dip, and the app begins to lag. Dual-camera mode offers the ability to manipulate focus after a shot has been taken, and even swap and merge objects from one image into another.

Focus manipulation doesn’t work nearly as well as it does on competing phones, or even the Refocus app on old Lumia phones. There’s also an AR mode, which you can use to add cats, dogs, and other virtual elements into a scene. It’s not new as Sony has been doing this on its Xperia phones for years now. Plus, Lenovo’s implementation is a bit clunky - switching to this mode opens another app. Again, the phone heats up while doing this.

Video recording maxes out at 1080p, but the Phab 2 Plus also has the option to record in HDR. We tested this out on an HDR TV and the differences, though slight, were noticeable. Video is recorded with Dolby 5.1 audio by default. Thanks to the three microphones, the captured sound is crisp and even small nuances are amplified and can heard clearly. The front 8-megapixel camera manages decent pictures in day/ under natural light, but doesn’t do so well under artificial lighting, though the front flash helps to an extent.

The first run of our HD video loop battery test lasted just 6 hours, 19 minutes. Even with regular usage, our review unit refused to run beyond 13 hours. However, we reset the device and ran the tests again, and managed to get better results of 8 hours of video playback and roughly 16-18 hours with actual usage. The 4050mAh battery thus delivered average performance. We observed that the battery holds its capacity very well at night when the phone is not in use, but begins to deplete quickly if we played a game or used the camera. There’s no official fast charging here, but the 10W charger manages to top up the phone within a couple of hours. 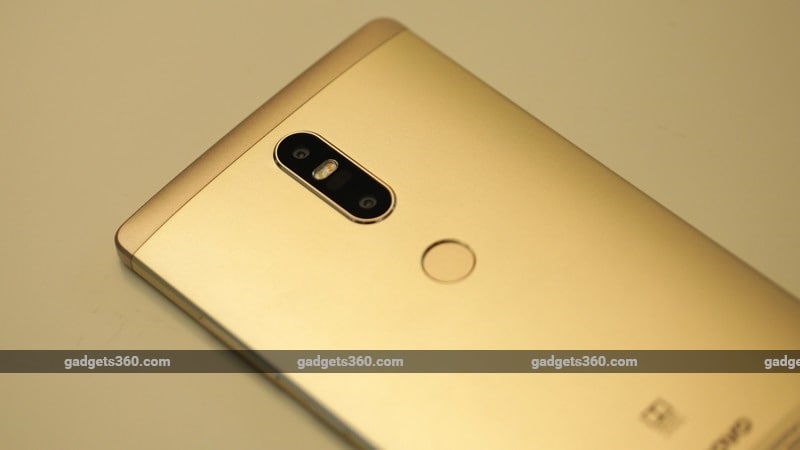 Verdict
The Phab 2 Plus should have had all the makings of a good, large-screened phone for media consumption, but in our opinion, a couple of poor choices stop it from being a viable alternative to Xiaomi’s Mi Max.

It does well enough in terms of build, display, software, and audio quality. The dual-camera setup is a bit unnecessary and the supplementary features feels a bit gimmicky, but image quality isn't too bad, especially for macro shots. We also like the fact that manufactures are incorporating HDR video recording. But a phone like this should have had a better SoC, and the one Lenovo has gone with simply lacks the power needed to handle things like augmented reality apps, heavy games, and even multitasking. The Phab 2 Plus heats up too quickly, which is quite annoying. We also expected great battery life but it turned out to be pretty average in our tests.

In our opinion, the only reason one would put up with the bulk and heft of a phone like this would be to consume a lot of content, and as such, the Xiaomi Mi Max would make a better choice thanks to its slimmer profile and much better battery life. If you don't need a huge screen and are just looking for a good all-rounder, you have plenty of options such as the Moto G4 Plus (Reivew) and Lenovo Zuk Z1 (Review), to name a few in this price segment . 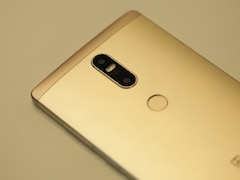 Lenovo Phab 2 Plus in pictures