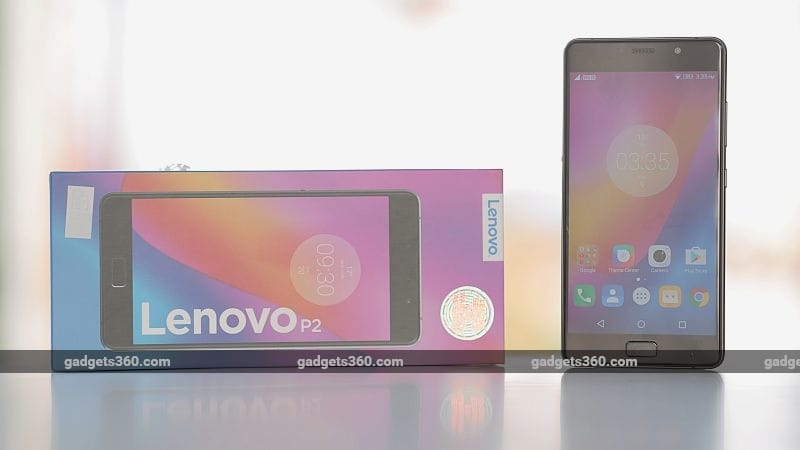 Lenovo ended 2016 on a high, as the second-place smartphone vendor in India in terms of market share. A new IDC study released recently shows that that Lenovo (now including Motorola) saw significant increase in sales during the holiday season around October 2016, thanks to high demand for the Moto E3 Power, Moto G4 series, and the Lenovo K5 series. Lenovo seems to be intent on maintaining its momentum in the new year.

After launching the Lenovo K6 Power (Review) and Lenovo K6 Note (Review) in December, the company has kicked off 2017 with the launch of the Lenovo P2 in India. The smartphone was first unveiled at IFA last year and is coming to India within four months of its global debut.

The main highlight of the P2 smartphone, much like its predecessor, the Lenovo Vibe P1, is a large battery. This time around, however, Lenovo is also promoting other aspects of the phone, including its design, camera, and security features. The Lenovo P2's pricing puts it up against some of the most popular mid-range smartphones. Will the company's first 2017 launch be as well received as last year's successful models? We try to find out in our review.

Lenovo P2 look and feel
The Lenovo P2 features an all-metal body, and the aluminium material certainly feels sturdy. There is nothing new in terms of design, but the P2's overall polish gives it premium feel. There's a lot of empty space above and below the display. The physical home button has an integrated fingerprint scanner, but there's nothing else on the phone's relatively thick chin.

The Lenovo P2 will be launching in Champagne Gold and Graphite Grey (which we got for our review) in India. At 177 grams, this phone is a bit heavier than most others in its class, but that's explained by the massive battery. Lenovo is stressing the fact that the Lenovo P2 at 8.3mm is thinner than the Lenovo P1 (Review), which measured 9.9mm thick. In everyday usage, the Lenovo P2 felt a bit too heavy, and we were more comfortable when using it with two hands, especially when typing.

The right side of the P2 is where you'll find the volume rocker and power button, while the hybrid SIM tray which accepts dual Nano-SIMs is on the left. The left side also has a slider switch that Lenovo calls a "power-saving key", which toggles the Ultimate Power Saver mode. In this mode, you see a countdown timer which actually tells you how much battery life you have remaining. The physical button placement is fairly ergonomic and there is decent tactile feedback for all buttons.

There is a Micro-USB port along with speaker grilles on the bottom, and a 3.5mm audio jack on top. The primary camera with dual-LED flash is on the back, and Lenovo branding can be seen lower down. The smartphone also sports a "Made in India" tag. The design of the P2's rear panel is a lot like that of Lenovo's other recent smartphones, and it fits in well with the range.

The 5.5-inch full-HD Super Amoled display on the Lenovo P2 is vibrant, with good visibility even under direct sunlight. Text and images appear really sharp, and the screen size makes the device well suited for media consumption. Viewing angles are decent, and colour reproduction is adequate. There is 2.5D curved glass covering the display. However, we were disappointed that there is no scratch protection, and we noticed minor nicks on the glass during our review.

In the retail box, you get a screen guard, a cover, a data cable, a 24W power adaptor, a SIM ejector, and an instruction booklet.

Lenovo P2 specifications and features
The Lenovo P2 is powered by an octa-core Qualcomm Snapdragon 625 (MSM8953) clocked at 2GHz, coupled with either 3GB or 4GB of RAM. Both versions of the phone have 32GB of built-in storage.

There have been a lot of smartphones launched in India with the same SoC, including the Asus ZenFone 3 (Review) and Moto Z Play (Review) - both of which are priced higher than the P2 smartphone.

To expand the 32GB of storage microSD cards of up to 128GB are supported. However, the hybrid SIM means that users will have to choose between a second SIM and a microSD card. There is a 13-megapixel camera with a Sony sensor and dual LED flash at the back, plus a 5-megapixel camera on the front.

Other specifications include Wi-Fi 802.11 ac/a/b/g/n, Bluetooth 4.1, NFC, FM radio, and GPS/A-GPS. The phone supports 4G as well as VoLTE on both SIMs, and we were able to make calls through the Jio network. Lenovo claims that the P2 supports LTE Cat. 6 with download speeds of up to 300Mbps and uploads at up to 50Mbps.

The Lenovo P2 runs on Android 6.0 Marshmallow with the company's Vibe Pure UI on top. The software is largely the same as what we have seen recently on the Lenovo K6 Power (Review) and K6 Note (Review). For the P2, Lenovo has gone with on-screen navigation keys rather than capacitive buttons. Lenovo told Gadgets 360 that the P2 is the first Lenovo phone to have on-screen navigation buttons, and this solves one of the big issues we faced on the Lenovo K6 Power and K6 Note, which was the lack of backlighting for their capacitive buttons.

Lenovo has added a System button option in the settings, which lets you choose the positioning of the on-screen buttons, or even hide the navigation bar altogether - users will have to swipe up from the bottom to show the hidden buttons if this is enabled. The P2 retains a lot of software features from the Lenovo K6 Power and K6 Note including the Dual Apps mode that allows apps to be used with two different accounts on the same phone. Knock to Light wakes the phone with double-tap on the screen while it is off; VR mode allows the smartphone to work with Ant VR headset; and Wide Touch offers one-touch shortcut access through a floating button. You can also quickly toggle the flashlight by long-pressing the Home button when the phone is in standby.

The Secure Zone feature is also present on the Lenovo P2 though users should note that it will only work when the Dual app profile feature is turned off. The Secure Zone lets users configure secondary accounts for apps such as Whatsapp. Much like with previous Lenovo handsets, you get the option to lock these apps with a PIN, pattern, or even fingerprint.

The Lenovo P2 also allows users to perform gestures using the fingerprint sensor. A single tap can act like the back button, touching and holding triggers the recent apps screen, and a single press takes you back to home screen. The fingerprint scanner can also be long-pressed to launch Google Now.

With its new UI, Lenovo has cut down the bloatware, though there are still plenty of third-party apps preloaded on the Lenovo P2 that can be uninstalled, if the user wants. These include Evernote, McAfee Security, Skype, Truecaller, and UC Browser. There are few Lenovo apps also on-board including Lenovo Companion, Shareit, and Syncit. Lenovo has once again not included any default gallery app though users can access all kinds of files through a File Manager app.

The dropdown notifications shade offers the usual quick settings toggles along with notifications. The Themes Center app, which comes preloaded on the P2, offers several customisation options for wallpapers, icons, lock screen settings, and more. We found the UI on the P2 really smooth and fast for everyday usage.

Lenovo P2 performance
The Lenovo P2 performs really well when it comes to multitasking and general app performance. With 4GB of RAM, there is ample memory for tasks at any given time. The 5.5-inch full-HD display is adequate for watching videos and looking at photos. We had a good time playing Asphalt 8 on the P2 and we didn't notice any frame drops during gameplay.

The smartphone was able to latch onto mobile networks at all times, and download speeds over 4G were decent as well. In terms of audio, the speaker located at the bottom was adequate for a small, empty room, though we noticed distortion at higher volumes. Lenovo once again disappointed us with its bundled earphones, and we recommend using a third-party headset rather than the awful one that comes in the box.

The 13-megapixel rear camera is really quick when it comes to focusing, thanks to its phase-detection autofocus capability. The P2 can click detailed macros in well-lit situations but landscapes appeared average. Details were passable, but noise is apparent at the corners of the image. The P2 can take decent low-light shots if there are light sources around. Without any light source, the shots get very grainy. We also found that the P2 was often unable to focus on subjects in low light, which was disappointing. The camera was able to reproduce accurate colours only with photos taken in conditions where there was a good amount of light. 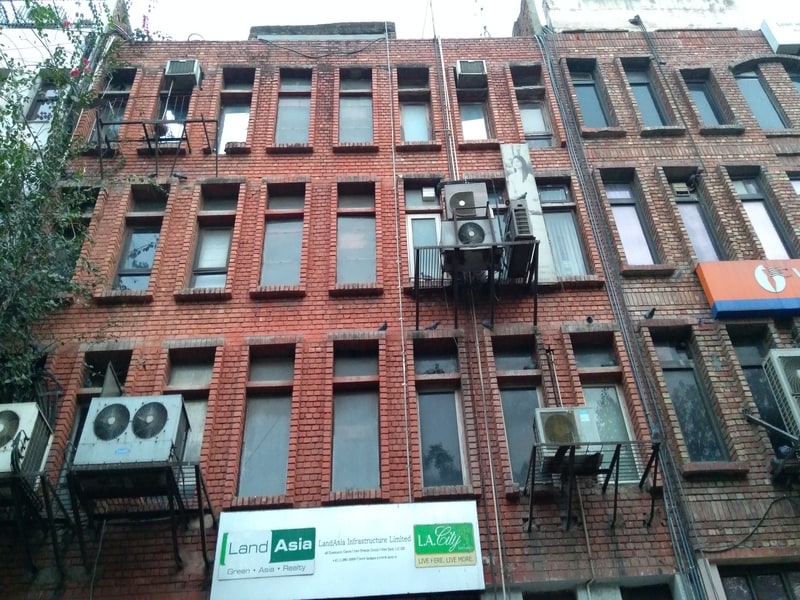 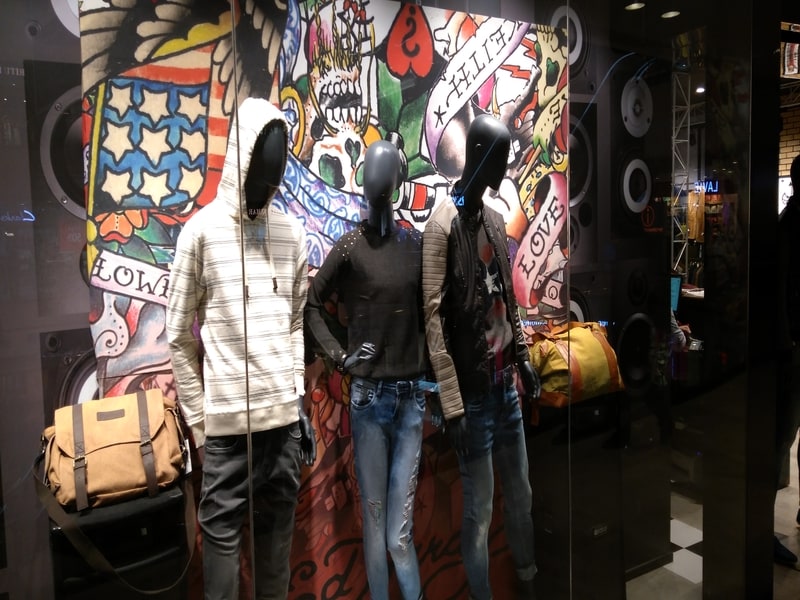 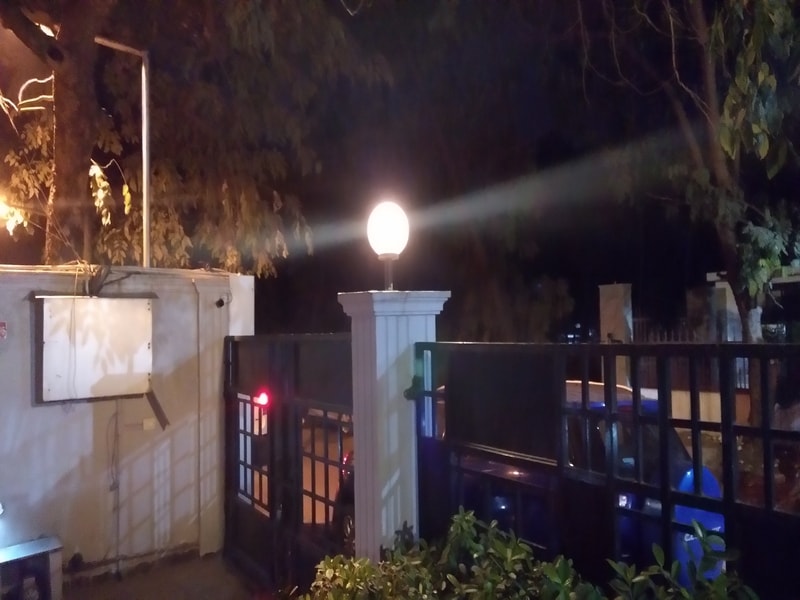 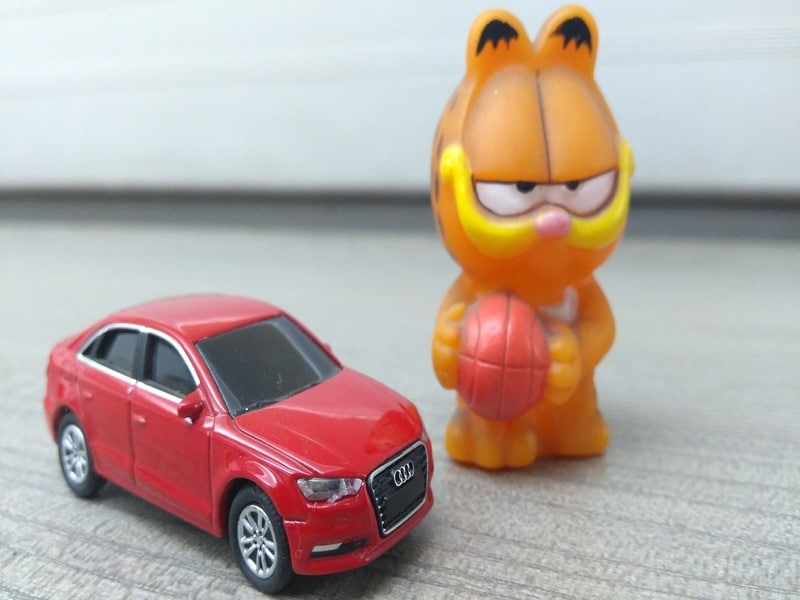 The camera app on the P2 is the same as what we've seen on the K6 Power and K6 Note, and it's easy to use. One can access camera modes with just one tap. The P2 can record full-HD videos with decent quality. Selfies are passable when taken in good light, but turn out really dark otherwise. Overall, the Lenovo P2 fares reasonably well in the camera department even though this is not its main feature.

That brings us to the 5100mAh non-removable battery, which managed to last for a phenomenal 21 hours, 40 minutes in our video loop battery test. With ordinary usage, the Lenovo P2 easily managed to last over two days.

Even with heavy usage including music streaming, continuous Google Maps use for navigation, and few hours of YouTube video streaming among other things, the battery on the Lenovo P2 lasted roughly two days. Fast charging support is a huge advantage, and we easily got to 30-40 percent charge in just 20 minutes. The phone can be charged fully in less than 90 minutes, which is again impressive.

One of the highlight features of the P2 is its Ultimate Power Saver mode which drastically extends battery life. The mode, as expected, kills a lot of features including cellular data connectivity and syncing. It only allows basic usage such as calls, text messages and the radio, but it could really come in handy in emergency situations. We switched on the Ultimate Power Saver mode at one point when we were down to 20 percent on the battery indicator, and the device stayed alive for almost 20 hours after that.

Verdict
The Lenovo P2 is a beast when it comes to battery performance. Power users who like to be online all the time without worrying about their battery level will be quite happy with the P2. This also makes it a good choice for frequent travellers. The P2 does well when it comes to overall performance, with its octa-core processor turning out to be adequate for everyday usage. For a phone that is focused on battery life, the Lenovo P2's cameras also perform well, and its software is easy to use.

The Lenovo P2 will come at a starting price of Rs. 16,999 for the version with 32GB of storage and 3GB of RAM, while the variant with 4GB of RAM will cost Rs. 17,999. The smartphone will be available exclusively online via Flipkart starting at midnight on Wednesday.

Smartphones like the Samsung Galaxy J7 Prime, Asus ZenFone 3 Max, and the now-dated Xiaomi Mi 5 can be considered alternatives at roughly the same price level.