With a telephoto camera, a big battery, and a fast SoC, is the Lenovo K10 worth considering?

After nearly a year-long hiatus, Lenovo is back with some new phones in India

After nearly a year of focusing its efforts on Moto phones in India, Lenovo is back to launching phones under its own banner here. The company has announced not one but three new models in the Indian market — the Lenovo Z6 Pro, Lenovo K10 Note, and Lenovo A6 Note. Of the three, Lenovo has sent us the K10 Note in advance, and now that we've been able to spend a little time with it, we can share our early impressions.

The budget smartphone segment in India is currently saturated, with plenty of good offerings to choose from. From what we've seen so far, the Lenovo K10 Note has one stand-out feature, which could appeal to a niche audience and set this phone apart. While it's common these days to see multiple rear cameras on phones at all price levels, an telephoto camera that's capable of optical zoom is still rare. Add to that the near-stock look of Android, a speedy Qualcomm Snapdragon 710 processor, and a big battery — all of this adds up to a tempting package, at least on paper. Here's what we think of the Lenovo K10 Note so far.

The design of the Lenovo K10 Note feels a little safe, and this really won't have people talking. Having said that, the plastic body feels durable, and the phone is quite slim and light. The back panel wraps around the sides, so there are fewer seams, making the phone comfortable to hold and use. The 'Knight Black' finish that we have is painful to keep clean though, as fingerprints don't wipe off easily. We hope the 'Stardust Blue' finish holds up better in this regard.

Ergonomics are good. All the buttons are on the right and have good tactile feedback. The rear capacitive fingerprint sensor is easy to reach too. You even get a notification LED hidden in the earpiece grille. The Lenovo K10 Note also has a headphone socket and a USB Type-C port at the bottom.

The 6.3-inch display on the Lenovo K10 Note looks good. Colours are punchy and viewing angles are quite decent. The brightness seems adequate too, although we'll need to do some testing outdoors to see how it holds up under direct sunlight. There's a dewdrop notch at the top, which we're all accustomed to by now, and the borders around the display are noticeable.The Lenovo K10 Note is powered by the Snapdragon 710 SoC. This is a power-efficient chip and we've already seen it in phones such as the Realme X (Review).

The variant that we have is configured with 4GB of RAM and 64GB of storage, but there is also one with 6GB of RAM and 128GB of storage. 64GB should be enough for most people, but if you need more, you can use a microSD card in the hybrid dual-Nano SIM tray. One surprising fact that we discovered, purely by accident, is that the K10 Note might just be a rebranded Lenovo Z6 Youth Edition, which launched in China earlier this year. The AIDA64 app detects the K10 Note as the Z6 Youth Edition, and other than swapping that model's wide-angle camera for a telephoto one, all other specs and the design seem very similar. 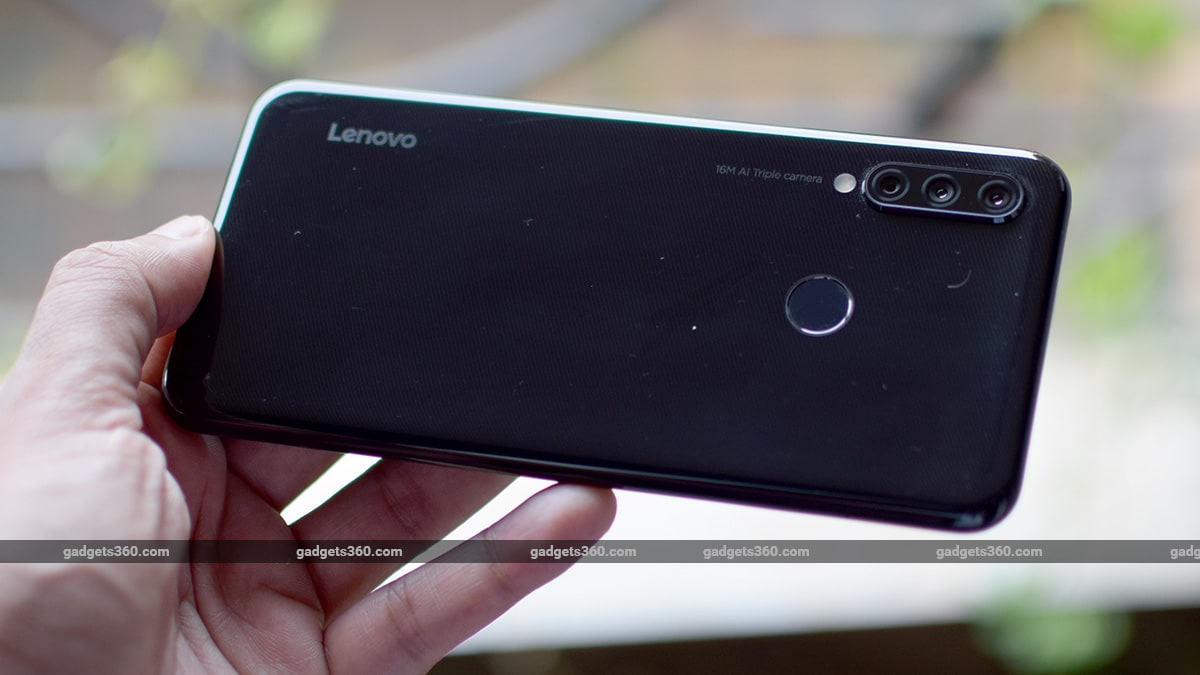 Lenovo has gone for a near-stock Android 9 Pie UI, but there are a few tweaks such as additional gestures for navigation, custom icons, and a redesigned notifications shade. The interface is mostly smooth, but we did notice a hint of lag every now and then in the animations. It's hard to pinpoint or replicate exactly what the issue is, but we definitely felt it. The battery seemed to hold up well enough in our limited experience, but it's still too early to say for sure how long it can last and how quickly it charges. We'll be running all our real-world as well as benchmark tests, and will report how this phone fares in our full Lenovo K10 Note review, coming up soon.

Coming to the cameras, the K10 Note has a 16-megapixel primary camera with a wide, f/1.8 aperture; an 8-megapixel telephoto camera with 2x optical zoom and a f/2.4 aperture; and a 5-megapixel depth camera. As for actual performance, the autofocus is pretty quick. The phone locks focus almost instantly when you tap the screen or simply move the phone around for re-framing. Image quality is fairly clean with good white balance. The telephoto camera captures decent details too, but sharpness seems a little lower than what you'd get with the main camera. Once again, we'll report our final findings once we test this phone fully.

The Lenovo K10 Note is not much to look at, especially in this black trim, and we are disappointed to see that the body is a big smudge magnet. Looking past these cosmetic shortcomings, it is the only phone in this segment with a telephoto camera, which is a feature that could often come in handy. We'll be testing the phone over the next couple of days, so don't forget to check back here soon for our full Lenovo K10 Note review.

Further reading: Lenovo, Lenovo K10 Note, Lenovo K10 Note price, Lenovo K10 Note price in India, Lenovo K10 Note specifications
Roydon Cerejo Email Roydon Roydon Cerejo writes about smartphones and laptops for Gadgets 360, out of Mumbai. He is the Deputy Editor (Reviews) at Gadgets 360. He has frequently written about the smartphone and PC industry and also has an interest in photography. With over a decade of experience covering the consumer technology space, he is also an avid sci-fi movie and TV show geek and is always up for good horror flick. Roydon is available at roydon@gadgets360.com, so please send in your leads and tips. More
Good Things Come in Three: vivo Z1x - The Camera, Design and Technology
Samsung Galaxy Fold to Launch in South Korea on September 6