It looks like all brands are now slowly waking up to the reality of battery-life issues with Android smartphones. We saw how Sony managed to squeeze life out of the batteries inside the Xperia Z3 Compact (Review | Pictures) and Xperia Z3 (Review | Pictures). And, by the virtue of its colossal 5000mAh battery, the Gionee Marathon M3 also managed to last longer than a lot of other smartphones in its price range. There was also the low-cost Intex Aqua Power we tested recently which had a 4000mAh battery and unsurprisingly - a stellar battery life.

Continuing this trend is the Lava Iris Fuel 60, the second phone in the 'Fuel' series after the Iris Fuel 50. Lava has fitted the phone with a 4000mAh battery, which may not be as big as the one inside the Marathon M3, but it is still big by any standards. We put the Iris Fuel 60 through a battery of tests to find out if it can last longer than your regular smartphone and not sacrifice on the performance at the same time. 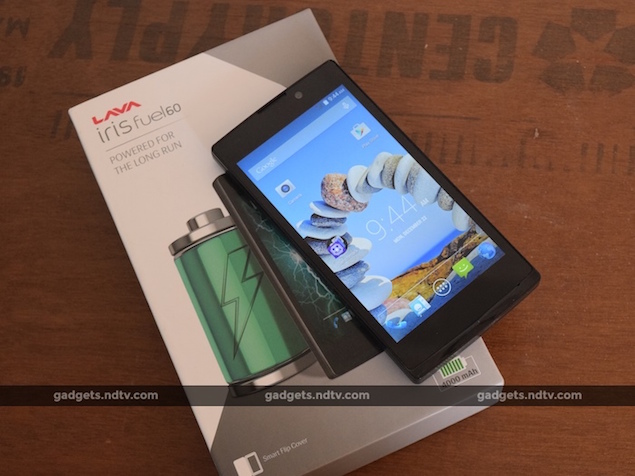 Look and feel
It isn't entirely surprising that the Lava Iris Fuel 60 is a chunky piece of hardware thanks largely to the battery inside the phone. The Iris Fuel 60 is thick at 10.2mm and also weighs a hefty 174g. While all this girth might put some people off, it actually makes it reassuring to hold and improves the overall ergonomics. Thanks to the soft matte rear, it also grips pretty tightly in one hand.

There are normal-sized bezels around the 5-inch screen on the front of the phone. However, the screen is slightly recessed and the edges are raised. While the raised edges may not really be an eye-sore visually, it becomes annoying to swipe across the screen for certain functions because the flow of the swipe is abruptly obstructed. 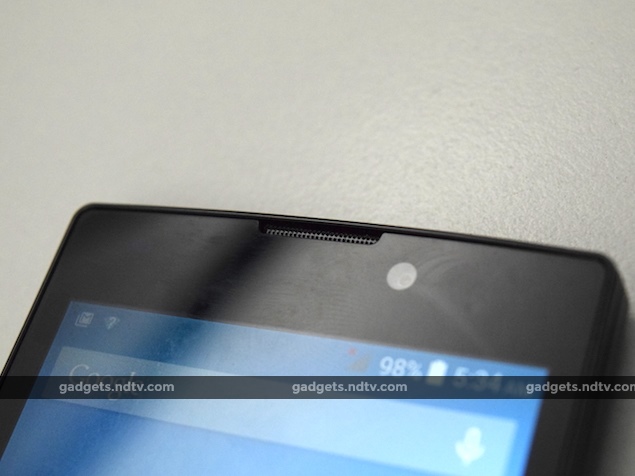 A row of backlit capacitive buttons below the screen can be used to navigate through the operating system. The front-facing camera and the earpiece lie above display. The power button and the volume rocker are on the right edge of the phone. These buttons are almost flush with the edges of the phone which makes blindly locating them a bit of a hassle. In fact, we ended up hitting the power button quite a few times when we wanted to lower the volume. Moreover, the tactile feedback of these buttons is not too great. The plastic cover on the rear can be removed off easily and feels flimsy. One can find the battery under this cover but it is non-removable. Underneath, there are also two slots for regular-sized SIM cards and a microSD card slot.

Specifications, software and camera
Sitting under the hood, apart from the battery of course, are a pretty standard set of hardware components. The phone runs on a 1.3GHz Mediatek MT6582 quad-core processor with a Mali-400 graphics processing chip. There is 1GB of RAM and 8GB of internal storage, of which around 3.63GB is available for apps and 2.49GB is available for users after taking into account the pre-installed apps. In case the storage space isn't enough, which is quite likely, one can increase it by up to 32GB using a microSD card. The phone also has support for USB On-the-Go but unlike the Marathon M3 it cannot charge other phones.

There is a 10-megapixel primary camera with flash and support for full-HD recording, and a 2-megapixel front-facing camera for selfies. With respect to the cellular connectivity, only one of the SIM cards can connect to a 3G network. The other connectivity options include Wi-Fi a/b/g/n and Bluetooth. 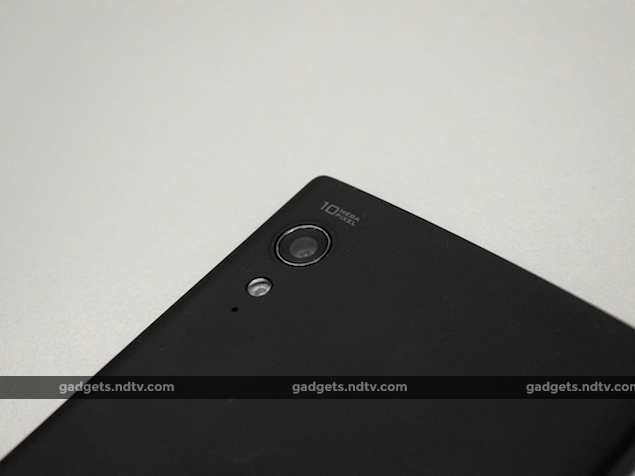 The 5-inch IPS display outputs a resolution of 720x1280, which translates to a pixel density of approximately 294ppi. Text and images look crisp on this screen and the colours are not too saturated either. The protective glass is rather reflective, as a result of which the visibility under direct sunlight takes a beating. That said, the viewing angles are pretty good.

As is with other Lava phones, Iris Fuel 60 uses almost stock Android 4.4.2 with very few customisations. There is a Gesture Play mode that allows users to wave a hand over the ambient light sensor to trigger few functions like changing music, scrolling through pictures etc. or draw a symbol on screen to open any specified app. These features function as advertised.

Lava also adds an option where users can double tap to wake up the screen and we found ourselves using it often. Lava Iris Fuel 60 has very few third-party apps like Twitter, WhatsApp and Office Suite - all of which are useful. If for some reason you don't want to use these apps, there is an option to uninstall them. 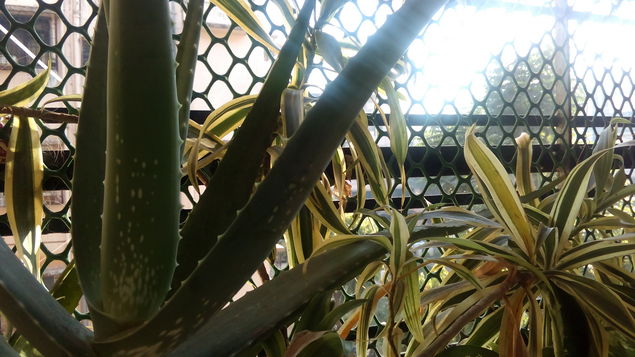 As usual, Lava makes use of the unintuitive camera app from Android Gingerbread days, which doesn't blend well with the material design of Android apps these days. On top of that, quite a few functions are hidden inside and not easy to access. Looking past the camera app, the 10-megapixel camera is a fast shooter in normal mode and can capture some decent images in ideal lighting conditions. The colours were natural and there was a good amount of details as well. However, the lens does blow out the highlights. The HDR mode manages to salvage the situation somewhat but the camera is really slow to focus and capture an image in this mode. The captured 1080p video, on the other hand, does not live up to the quality of the still images. Also, in what might come as bad news for selfie lovers, the 2-megapixel front camera tends to soft focus on subjects and loses out on details in the process.

Performance
In daily usage, the Lava Iris Fuel 60 is no slouch and we could swipe through screens, open apps and perform tasks fairly easily without any holdups. However, gaming on this phone should only be limited to playing casual games as graphically-intensive games like Asphalt 8 stuttered. 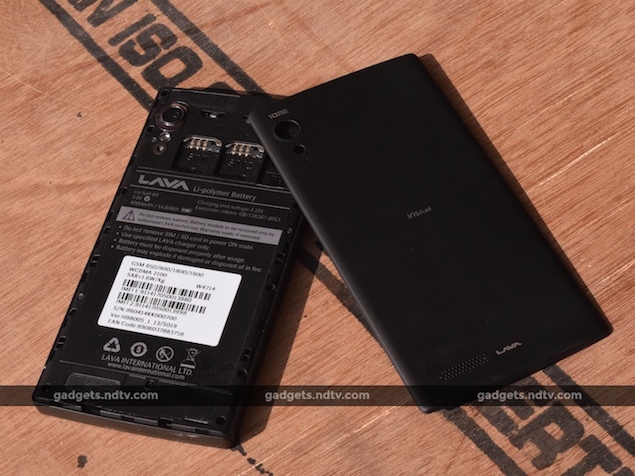 In our AnTuTu and Quadrant benchmark tests, the Iris Fuel 60 scored 17,449 and 7,134 respectively. These numbers are quite respectable. Although, in the more intensive 3D Mark Ice Storm test the phone only scored 3,134 points, which isn't too great. We tried our test videos and the Iris Fuel 60 managed to play all of them without skipping frames. The loudspeaker is adequately loud but tinny. The bundled headset is of average quality and the sound quality improves drastically if better earphones are used. The sound quality in calls is not bad but the phone did drop a few calls.

Coming to what Lava calls the piece de resistance of the Iris Fuel 60 - the battery life; it is not as good as the other phones we mentioned in our introduction. It lasted us 11 hours and 49 minutes in our video loop test, which is much lower than Intex Aqua Power's 14 hours and 11 minutes of endurance. That said, the Iris Fuel 60's battery life is much better than most other regular Android smartphones.

We also noticed that it lasts much longer than other phones in standby mode. In regular usage, the battery lasted us one and a half day on heavy usage, which should be more than enough for most people. Lava claims that using the default charger and the proprietary Quick Charge technology the Iris Fuel 60 can charge from 0 to 100 percent in 3 hours and 15 minutes. We tested this and it took us around 3 hours 27 minutes to completely charge the phone, which is pretty close to the claim made by Lava. 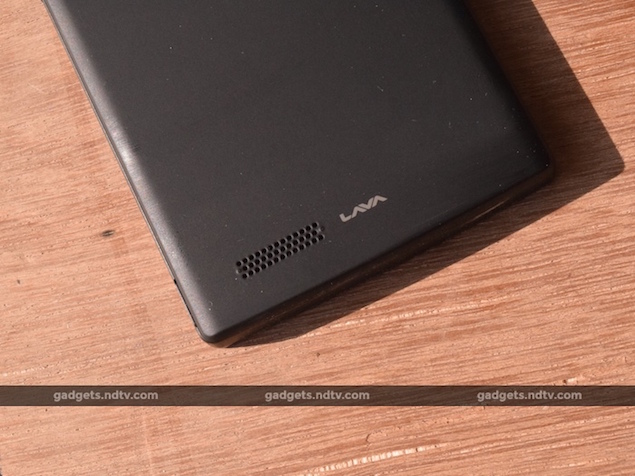 Verdict
The Lava Iris Fuel 60, as advertised, does have a good battery life but it falls short of being great. This is a bit of a letdown considering it has a massive 4000mAh battery inside. However, despite its shortcomings in ergonomics, we think that overall, the Lava Iris Fuel 60 performs well. Moreover, the 10-megapixel camera can capture decent images in ideal lighting conditions. Add to that, the asking price of Rs. 8,888 for the phone is not too bad either. There are two other options for prospective buyers to consider: the Intex Aqua Power (Review | Pictures), which is cheaper than the Iris Fuel 60, and the Gionee Marathon M3 (Review | Pictures), which has a higher capacity battery with the ability to charge other smartphones using USB OTG. 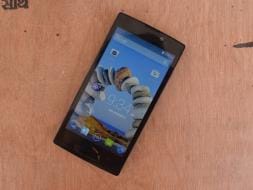