iVoomi i2 Lite price in India is Rs. 6,499 but is it worth your money? Read our review to find out

Chinese smartphone maker iVoomi has been launching phones in the sub-Rs. 10,000 segment, such as the iVoomi i1 which we reviewed some time ago. We also put iVoomi's first fitness tracker, the iVoomi Fitme, to the test. Now the company has launched yet another budget smartphone to target an even lower price point. The iVoomi i2 Lite is the more affordable sibling of the iVoomi i2, which was launched a few months ago. Priced in India at Rs. 6,499 and exclusive to Flipkart, is the iVoomi i2 Lite worth considering on if you're a budget? We put it to the test.

The iVoomi i2 Lite, as you would expect, looks like a smaller version of the iVoomi i2. The phone is made of plastic and feels light in the hand. It has curved sides and rounded corners that make it comfortable to hold. We found the back to be quite glossy, and it picks up fingerprints easily. iVoomi has gone with the new 18:9 display format which is now quite common for new smartphones. The 3.5mm headphone jack and Micro-USB port are positioned on the top of the iVoomi i2 Lite. It has two grilles at the bottom, but only the right one houses a loudspeaker. 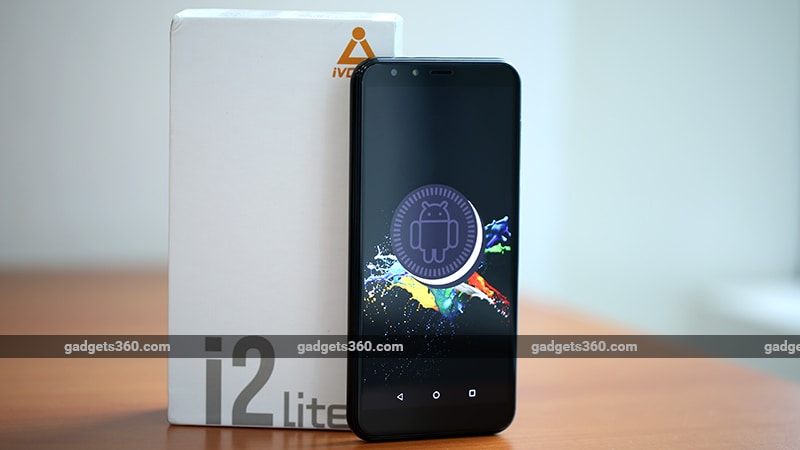 At the back is a vertically stacked dual camera setup along with an LED flash. The iVoomi i2 Lite also has a selfie flash on the front next to the selfie camera, which isn't a common feature in this price range. The back cover of the smartphone is removable to give you access to the SIM slots and has a 4000mAh non-removable battery. This phone doesn't have a fingerprint sensor so you will need to use a PIN or pattern lock to secure it. iVoomi ships a 10W charger in the box along with a plastic screen protector.

The 5.45-inch display sports an HD+ resolution and an 18:9 aspect ratio. It has decent viewing angles but it is reflective outdoors. Powering the phone is a quad-core MediaTek MT6739 processor clocked at 1.5GHz. There is 2GB of RAM and 16GB of storage. You do have the option to expand storage up to 128GB via a microSD card.

The iVoomi i2 Lite is a dual-SIM device and you will need to pop the back cover to access the SIM slots which are positioned one above the other. The slot on the top is the hybrid one and you can use a Nano-SIM or a microSD card in it. The iVoomi i2 Lite supports 4G and VoLTE on both SIMs, letting you use one for data while the other can still receive calls on a VoLTE network. It isn't dual active, but we observed that this phone automatically forwards incoming calls to the active SIM. 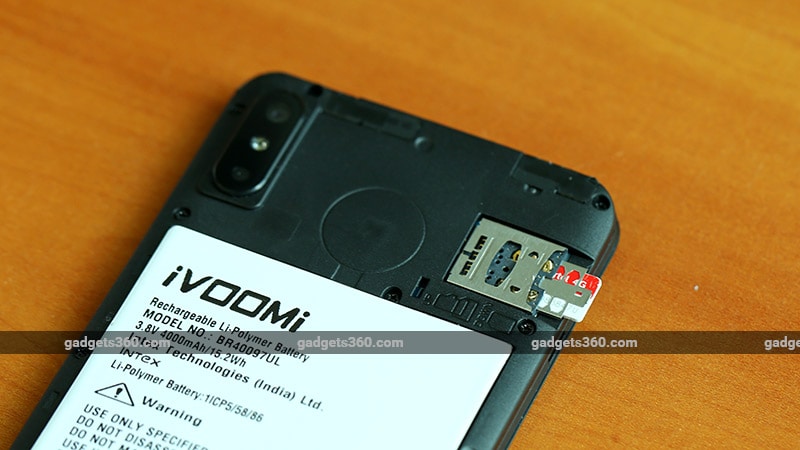 The dual camera setup at the back of the iVoomi i2 Lite consists of a 13-megapixel primary sensor and a 2-megapixel depth sensor. At the front, it has an 8-megapixel selfie camera and a selfie flash. The iVoomi i2 Lite has support for Bluetooth, dual-band Wi-Fi 802.11 b/g/n, and GPS. We could connect to a 5GHz Wi-Fi access point, which is surprising for a phone at this price point.

On the software front, the iVoomi i2 Lite runs on Android 8.1 Oreo with minor additions to the UI. iVoomi has preinstalled a few apps including iVoomi Care Center, H5GameBox, Flipkart, Opera News, and UC Browser. You can uninstall these apps if you don't use them or want to reclaim some storage space.

iVoomi has also added a few gestures such as a three-finger swipe down to capture a screenshot, and a three-finger swipe up to launch the camera. You also get a double-tap to wake the phone, and a two-finger swipe up or down to set the phone to loud or vibrate-only respectively. Additionally, hover gestures let you change audio tracks and scroll between photos. The iVoomi i2 Lite does not have any face recognition feature but can use the default Trusted Face feature that is available with stock Android.

The MediaTek MT6739 powering the iVoomi i2 Lite is an entry-level processor. We did not experience any lag while navigating through the Android UI, though apps did take longer than usual to load. We even saw longer load times for the camera app. There's enough power for basic usage including WhatsApp, taking calls, and handling emails. A Game Mode keeps only your frequently used instant messaging apps in the background, stopping every other app from consuming RAM when gaming.

Clash Royale ran with occasional stutters. We also had to deal with long load times, choppy video, and unresponsive controls when playing Asphalt 8 at its highest settings. We also noticed the phone getting hot after playing a couple of races, but reducing the graphics quality to the Low setting improved the overall experience. We ran benchmarks and found that the phone scored 648 and 1,759 respectively in Geekbench's single-core and multi-core tests respectively. It scored 46,668 in AnTuTu, and 3,177 on PCMark Work 2.0.

With our usage, which consisted of playing a few games and using WhatsApp actively, we managed to get through one day of use. We did observe heavy battery drain when gaming. In our HD video loop test, the phone ran for 10 hours and 5 minutes. iVoomi has implemented power saving modes to help the battery last longer. 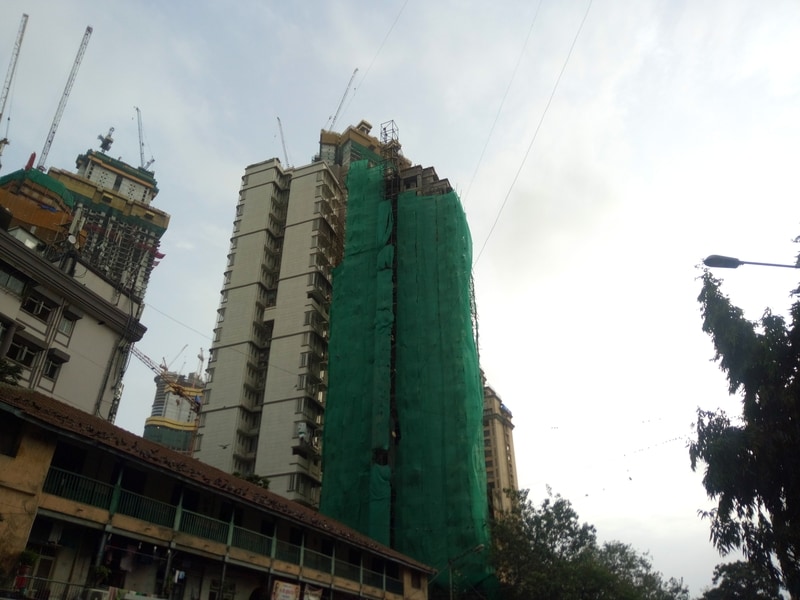 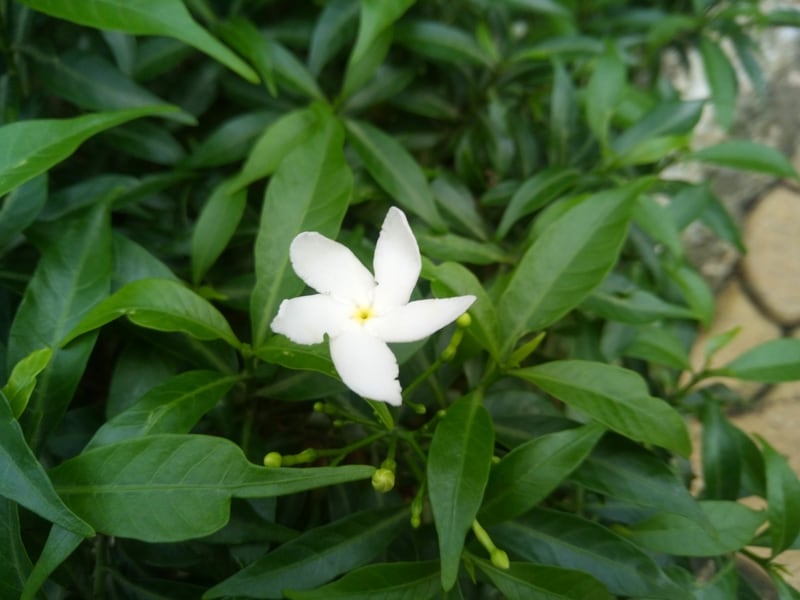 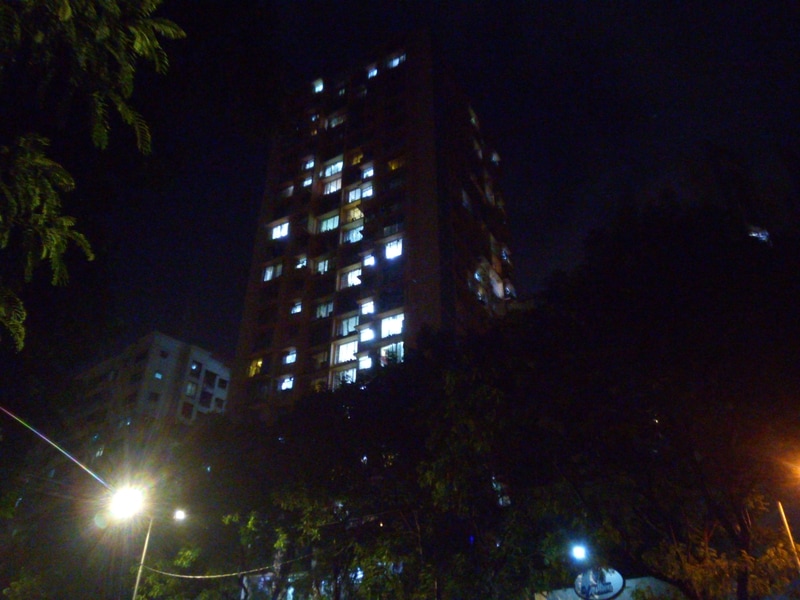 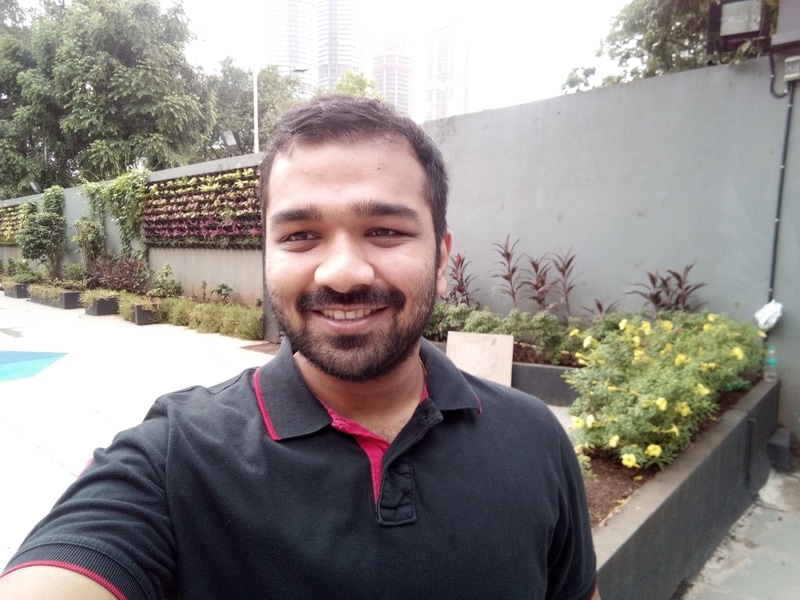 The camera app on the iVoomi i2 Lite launches a little too slowly. It has FaceBeauty, Blur, Mono, Panorama, and PRO modes, apart from the regular photo and video modes. The Blur mode makes use of the 2-megapixel secondary sensor to separate the foreground and background, and you can simulate different aperture values. You can also apply filters before taking an image. There is an HDR mode but it needs to be enabled manually. There's also a quick 2X zoom toggle but this is digital zoom only.

Photos taken with the iVoomi i2 Lite aren't great, which is no surprise given its price point. In shots taken during the day, you will notice fine grain. The camera also tends to overexpose the sky when shooting outdoors. Zoom into the images and you will notice a lack of detail. We also observed chromatic aberration under bright sunlight. The app is a little slow to lock focus when shooting macros, and most images appeared flat.

Low-light camera performance is below average as well. We observed a lot of chroma noise in photos taken at night. Shots with a light source nearby had slightly lower chroma noise. The selfie camera takes average photos, but the background was often slightly overexposed. You can use these photos on social media, but nothing beyond that. Video recording maxes out at 1080p for the rear camera and 720p for the front one. There is electronic stabilisation which manages to reduce shakes to some extent.

Verdict
The iVoomi i2 Lite is a budget smartphone priced at Rs. 6,499 and is exclusively available via Flipkart. Its entry-level processor can is enough for basic usage, and the battery should last you one day. We were impressed with the support for VoLTE call forwarding and dual-band Wi-Fi at this price. If you won't use the camera very often, you can consider the iVoomi i2 Lite.

We have seen better smartphones in the sub Rs. 10,000 segment but they are priced higher in comparison. If you are willing to spend a little extra, the Xiaomi Redmi 5 (Review) has better cameras, a fingerprint scanner and a powerful processor priced at Rs. 7,999. If you are on a strict budget, the Redmi 5A (Review) and the 10.or D (Review) are good alternatives at a similar price point.

Shenmue 3 PC System Requirements Out, 100GB Storage Space Needed
Apple Maps to Be Rebuilt 'From Ground Up', but Will Still Tap TomTom