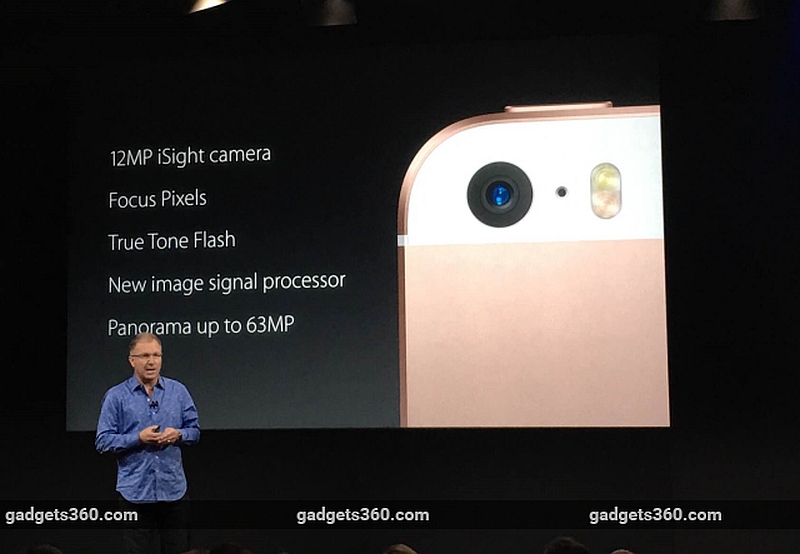 In what was perhaps the worst kept secret in company history, Apple on Monday announced the 4-inch iPhone SE, a phone that looks similar to the now nearly four-year old iPhone 5, but boasts innards that are identical to the current flagships iPhone 6s and iPhone 6s Plus.

The launch event was held at the Apple campus at 1 Infinite Loop in Cupertino, and compared to most iPhone launches of the past, it was a relatively small affair. Gadgets 360 was there at the event and we hope you enjoyed the live updates that we brought you from the event. We got some chance to spend some time with the iPhone SE and other new launches like the smaller iPad Pro at the hands on area after the event and here are some quick thoughts worth sharing.

If, like us, you've been using a big phone like the iPhone 6s Plus as your primary device, the iPhone SE feels really light by comparison. We were really surprised at how light the device felt when we first held it in hand - the feeling was like holding a smartphone where someone hadn't put the battery in yet. When you consider that at 113 grams the SE is a gram heavier than the iPhone 5s, the feel is more a testament to how we've gotten used to bigger, heavier phones, than anything truly new or revolutionary about the iPhone SE's design. 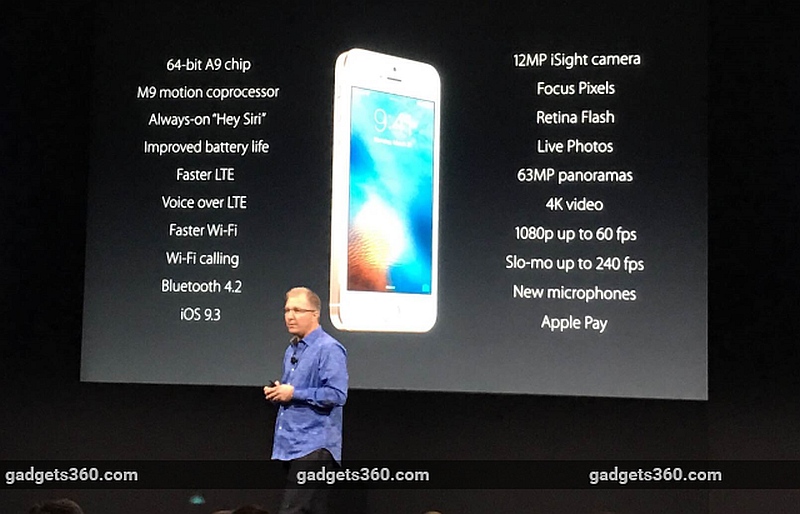 Having said that, the iPhone SE feels just as premium as you would expect of an Apple device, and unlike the iPhone 5c - Apple's last attempt at creating an affordable iPhone - there's nothing plastic about the iPhone SE. It feels just great in the hand, and while metal finish and good design are now not as rare in the budget and mid-range segment as they were a couple of years ago, it's safe to say that the iPhone SE is miles ahead of its competition as far as build quality is concerned.

In terms of physical dimensions, the iPhone SE is virtually identical to the iPhone 5s as well, which brings familiarity but it also means that the screen-to-body ratio continues to be a problem for Apple. All Android manufacturers manage to fit in bigger screens on phones with bodies the size of various iPhone models, but the iPhone needs to live with constraints like a physical home button with Touch ID sensor, and as we said in our iPhone 6s and iPhone 6s Plus review as well, we look forward to seeing how Apple overcomes this constraint in future models.

One concern we had with the iPhone SE is that with the smaller screen, the keyboard might fill most of the screen while typing, leaving too little space for the actual content. As the image below shows, this isn't really a problem with the new smaller iPhone. 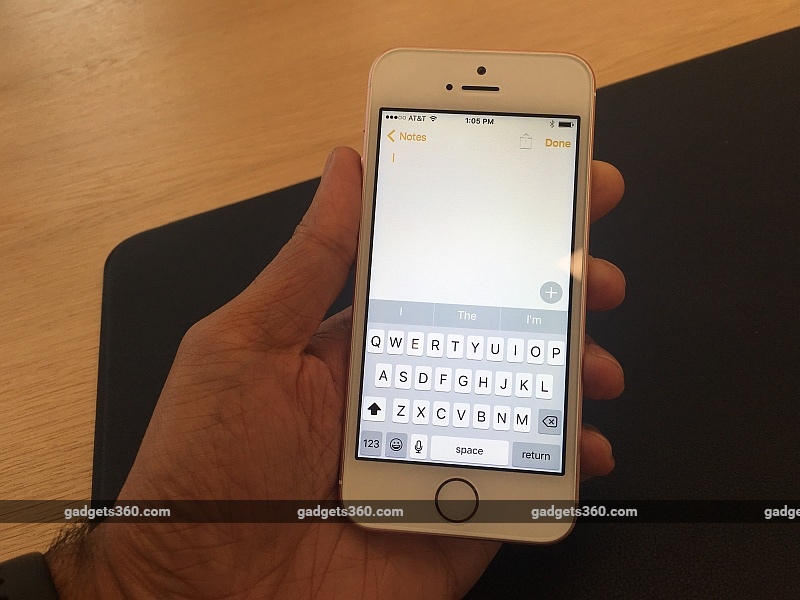 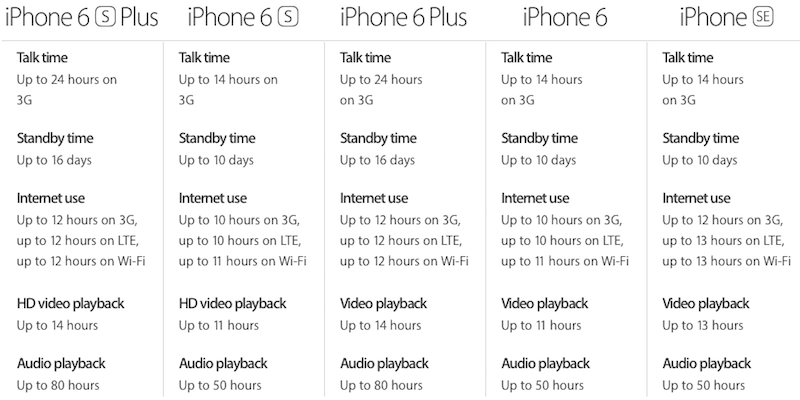 Apple says the iPhone SE is designed for one-hand use, and it's hard to argue against that. It's easy to reach all corners of the screen with one hand, and it will be interesting to see how many people will be willing to give up their large screen phones with big batteries for a more compact device. Consumers, especially in Asian markets, seem to have overwhelmingly voted with their pockets in favour of big screen 'phablets', and it will be interesting to see that if the iPhone SE can convince them to make the switch back to a device that's easier on the pocket in more ways than one.

The iPhone SE is priced at Rs. 39,000 for the Indian market, and headed to the country in "early April". Earlier, the company had announced the price as Rs. 30,000 which made the iPhone SE a pretty attractive option, but at the 'new' price tag, the phone might face an uphill battle especially early on its life when there may not be many discounts on offer. Stay tuned for a detailed review of the iPhone SE on Gadgets 360.

Disclosure: The correspondent's accommodation for the iPhone SE launch event in Cupertino was sponsored by Apple.