One of the best things about Apple's latest iPhones is the slick new iOS 7 software that runs the devices. But that souped-up operating system could end up hurting sales because the free software upgrade will also work on iPhones released since 2010, giving owners of the older models less incentive to buy Apple's newest products.

Perhaps unwittingly, even Apple's software boss Craig Federighi alluded to this potential problem while he was bragging about iOS 7 at the company's unveiling of its new phones Tuesday. He predicted that anyone who elects to install the software will feel "like they're getting an all-new device."

I understood what Federighi meant once I was able to see the iOS 7's improvements in action on Apple's two new iPhones, the iPhone 5c and the iPhone 5s. Although Apple announced iOS 7 at a conference three months ago, Tuesday marked the first time the company allowed reporters to experience the software hands-on.

Although the iPhone 5c is less expensive than its predecessor, the iPhone 5, iOS 7 almost made it look fancier than previous generations. As an iPhone 5 owner, I was feeling a bit envious until I remembered that I'll be able to spiff up my device, too, when the software is released on Sept. 18. The operating system will work on the iPhone 4 and later models, iPad 2s and subsequent versions, and the iPod Touch that came out late last year.

iOS 7 looks much different than previous versions of the operating system because it no longer displays iPhone apps as three-dimensional, embossed objects meant to mirror their real-world counterparts. The icons instead are flatter and more colorful. 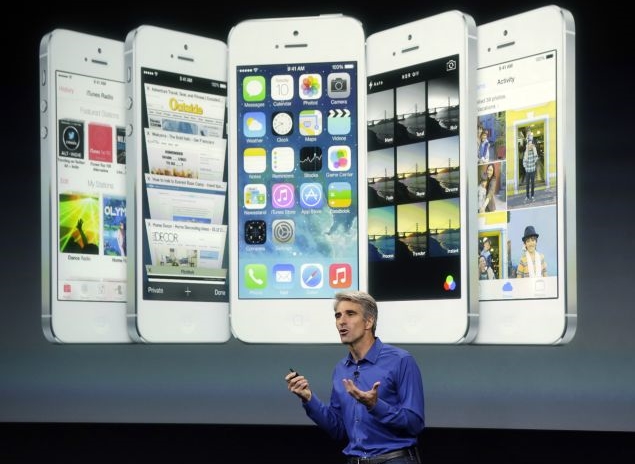 Any significant change in design typically upsets users familiar with the old way of doing things, but I suspect the complaints about iOS 7 will be muted unless there are some terrible bugs in the software that weren't evident during the brief time that I was given to experiment.

I am fairly certain most people who download iOS 7 are going to be pleased. The software makes it easier to navigate around an iPhone and adds some compelling new features.

The additions include the ability to stream music through an advertising-supported service called iTunes Radio and five free apps that used to cost consumers anywhere from 99 cents to $4.99 apiece. The free apps are Apple's photo-editing tool, iPhoto, and video-editing program, iMovie, as well as work-oriented apps called Pages, Numbers and Keynote.

Apple doesn't appear to be removing any popular apps built into the operating system, as best as I could tell. The company did that last year when it replaced Google's mapping app with its own navigation system only to be ridiculed for misguiding users with shoddy directions. Apple isn't bringing back Google Maps with iOS 7, but it is promising that its alternative is getting better.

The software upgrade also will make it easier to take better pictures on the iPhone and automatically sort photos into different categories to denote particular events. I particularly liked a feature that lets you control how the camera operates by toggling between options at the bottom of the screen with the swipe of a finger. Once the camera is open in IOS 7, the choices include taking a square, panoramic or standard photo. The bottom-of-the screen controls also include an option to switch to video mode. 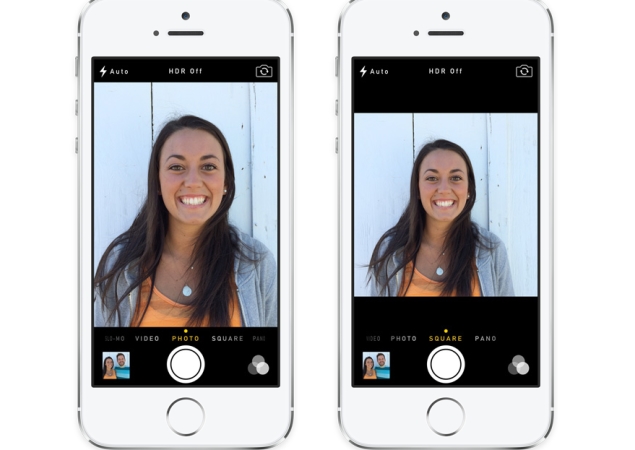 When taking a picture in iOS 7, photographers can also choose a filter to use as they snap the photo rather than waiting to touch up the shot later. When shooting video, shots can be zoomed in while recording. I can't do any of that on my iPhone 5 because it is still powered by iOS 6.

The new system also empowers users to access other open apps more easily by clicking twice on the home button. When you do that, the apps are displayed as tiles that can be scrolled across horizontally so you can more easily see and choose several of them.

Apple is also making it easier to access frequently used controls such as and airplane mode by enabling users to pull up the panel from the bottom of the display screen instead of finding and pressing a settings option.

Other than the new software, the iPhone 5c isn't anything special, as one might expect from a cheaper phone.

The only thing that really distinguishes the 5c from the iPhone 5 is that it's housed in plastic instead of aluminum. Some consumers will no doubt like the plastic alternative because it comes in five colors: green, blue, yellow, pink and white. The price also may be more appealing, with the 5c starting at $99 with a two-year wireless contract, a $100 discount from iPhone models released in previous years.

A higher-end iPhone dubbed the 5s boasts several advantages that aren't available on any other model. The coolest innovation allows you to use your fingerprint to unlock the iPhone 5s instead of relying on a four-digit code that has to be repeatedly typed in. The fingerprint reader can also be used to access Apple's apps and iTunes store instead of a password.

Apple CEO Tim Cook thinks the fingerprint scanner will revolutionize technology security. "There is going to be a whole new generation of kids who grow up not knowing what a password is," Cook predicted during a brief discussion with a small group of reporters after he left the room where Apple was demonstrating its new iPhones. 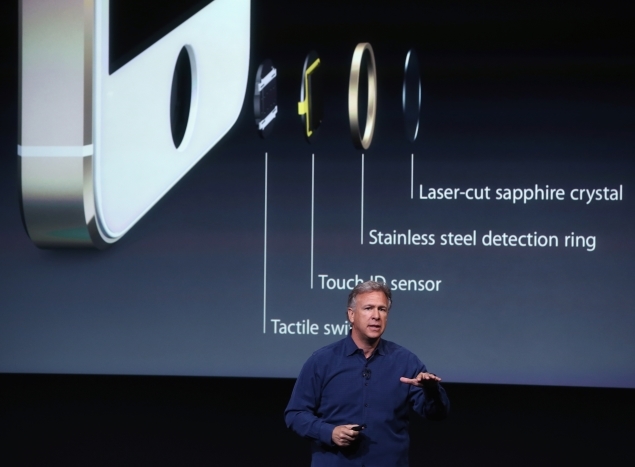 I found the fingerprint scanner, called "Touch ID," simple to use during my brief test of the 5s. It just took less than a minute for the phone to record the fingerprint on my thumb, instructing me along the way. Once my prints were in the phone's memory bank, all I had to do was lightly press on the home button when the 5s was locked in sleep mode and it quickly opened.

The 5s also contains a faster processor and technological wizardry designed to take sharper pictures and even record slow-motion video.

Best of all, though, the 5s comes with the iOS 7. I am already looking forward to downloading the software next week so I can simulate what it's like to have a new iPhone for free.