Firefox phones are finally reaching the Indian market and the first one to hit the shelves is the Intex Cloud FX.
Apart from claiming it to be "India's lowest priced smartphone," Intex also stressed that the Cloud FX is targeted at those who want a smartphone experience at the price of a feature phone.

There's no doubt that entry-level Firefox OS smartphones will be compelling for those who cannot afford even the most basic Android devices. The aggressive price of Rs. 1,999 will force Android handset vendors to reduce prices or launch new ultra-budget handsets.

The Intex Cloud FX is a frontrunner for the new platform that not just in India, but on the global stage as well. We spent some time with the new Intex Cloud FX, and here are our first thoughts.

Design and features
At first glance, the Intex Cloud FX looks like any budget Android smartphone, mostly thanks to its plastic body. The handset is designed to fit easily in a hand. The new Firefox OS smartphone is also pretty light in weight with just 104 grams. 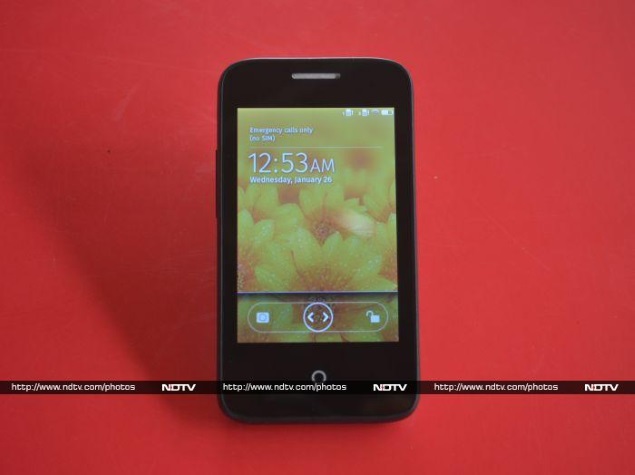 The 3.5-inch screen on the front is surrounded by a black bezel. There are no physical buttons on the front. The rear is textured and includes the rear camera, alongside Intex and Firefox OS logos. The rear panel is removable, and covers a battery compartment, below which you'll find the two SIM slots and microSD card slot.

The Cloud FX features a 3.5-inch HVGA (320x480-pixel) capacitive touch display - a huge advantage for a device in this price segment. There is a 2-megapixel rear camera without flash.

The Intex Cloud FX hits the right notes as far as appearance goes. Instead there is a circular capacitive touch button that acts as a home button and also doubles as an app switcher. The placement of power and volume rocker buttons is like that on any budget Android handset. The volume rocker is on the left, while the power button is on the top.

The dual-SIM (GSM+GSM) Intex Cloud FX is powered by a 1GHz Spreadtrum 6821 processor coupled with 128MB of RAM.

There is a meagre 46MB of storage on the handset, although this can be expanded by up to 4GB using a microSD card. Connectivity is in the form of GPRS/ EDGE, Wi-Fi, Micro-USB, Bluetooth, FM radio, and a 3.5mm audio jack. The Intex Cloud FX does not support 3G connectivity. There is 1250mAh battery powering the device. 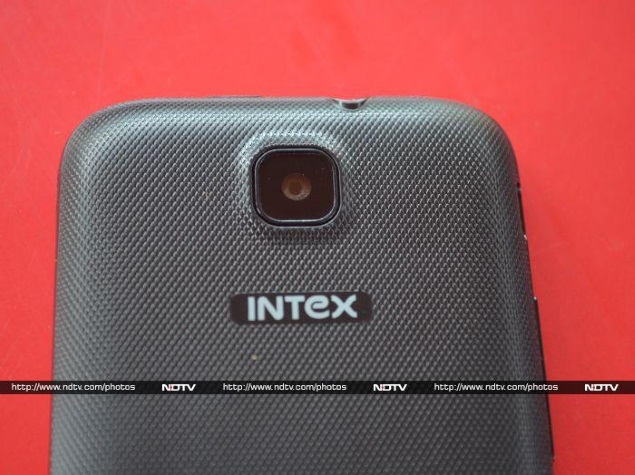 The Intex Cloud FX is still surprisingly slow. Navigation through the homescreen is laggy. Preloaded apps take some time to launch, and at times we couldn't tell whether our touches had been registered or not.

Firefox OS
The Intex Cloud FX is the first smartphone running Firefox OS, which is being promoted as an alternative to Android by both Mozilla and Intex.

For regular Android users, Firefox will initially appear as a departure from the usual setup of homescreens and preloaded apps. The lockscreen of the Intex Cloud FX offers options to either unlock the device by sliding right or launch the camera by swiping left on the screen. 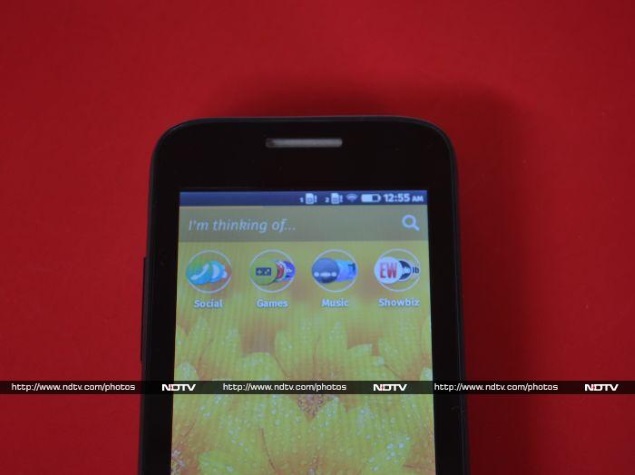 The homescreen comes with a search bar similar to Google Now, which is being promoted by the company as "Adaptive App Search." The default homescreen also includes folders called "Smart Collections" divided in four categories: Social, Games, Music, and Showbiz. For example, the Music folder includes apps for music, video and FM radio. One can find also basic apps such as a calendar, a camera, an email client, a photo gallery, and the settings.

Users can swipe down to access the notifications, which appears inspired by Android. The notifications area also has quick shortcuts for toggling Bluetooth, Wi-Fi and Airplane Mode, and jumping to the Settings app. 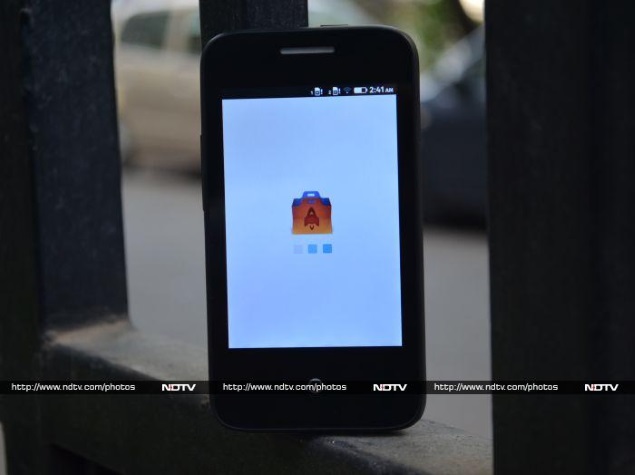 Nothing about the looks or features of Firefox OS will surprise Android or iOS users. During our time with the Cloud FX, Firefox OS mostly felt like an older version of Android with fewer options.

Final words
The Intex Cloud FX sends a message that smartphones can come at any price now. However, it is yet to be seen how well the Indian consumers respond to the new OS, when compared to the likes of Android or even Microsoft's almost dead Asha platform.

If we consider the price of the Intex Cloud FX and the features that it offers, it still is a good deal. Intex's first Firefox handset hits the right notes for first-time smartphone adopters.

You can expect more detailed observations and a final verdict on the phone will be reserved for our detailed review, when the Cloud FX arrives in our lab for testing.