Intex Aqua Power Review: It's All About the Battery 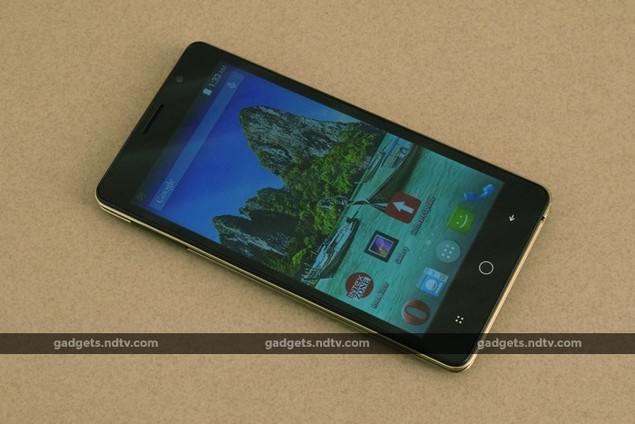 We've seen a spate of low-cost phones with large batteries launching in the past few weeks, and it's a trend we're very happy about. For too long, the emphasis has been on cutting phones down to make them as slim as possible, which has meant major compromises in terms of battery life. At least customers can now choose utility over style.

The Intex Aqua Power is a surprisingly affordable phone which boasts of not only a 4,000mAh battery but also an octa-core processor. We put it to the test to see just how Intex has managed to put its latest device together, and if it's worth buying. 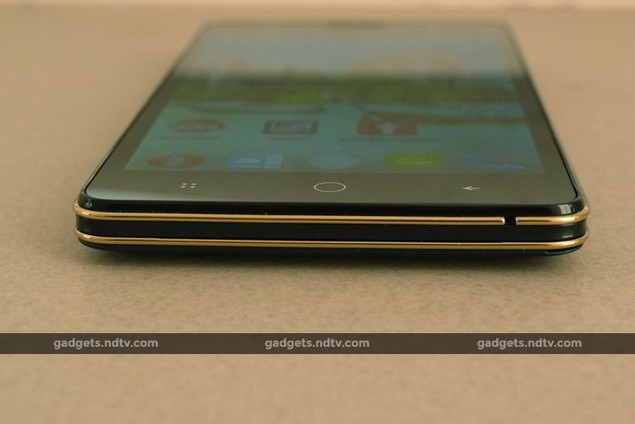 Look and feel
Aesthetics are of course a subjective matter, but we personally find the Aqua Octa to be far too garish. It really stands out thanks to two bright gold bands running around its edges, and gold accents on the unusual navy blue back. This phone is of course thick and heavy in comparison to others of its class, but it's the gold bands that make it uncomfortable to hold. Without those, the slightly curved back would have been easier to work with.

There isn't much wasted space around the screen on the front panel, but the printed buttons on the bottom are unusually loud. They aren't backlit, but they also don't use the standard Android icons. With the screen off, you wouldn't be able to tell what OS this phone runs.

The volume buttons are on the left and the power button is on the right, sandwiched between the gold bands. They stick out quite a bit but don't get in the way. The 3.5mm headset socket and Micro-USB port are both on top, while the bottom is blank except for a small mic hole. 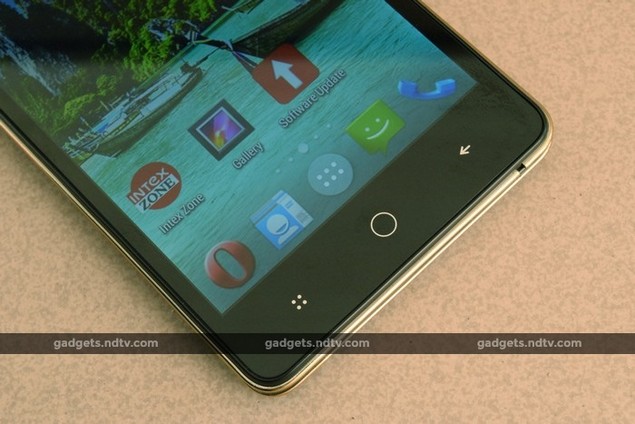 The plastic rear panel is coated with a soft-touch material which feels as though it might wear out over time. There's a small gold Intex logo in the centre, and the gold-rimmed camera lens with its flash are in the top left corner.

The Aqua Power reminds us somewhat of Nokia's Bold collection of art-deco-inspired phones from 2004 - yes, it really has been a decade since then. Those phones experimented with form as well as function, while today's monoblock smartphones have much less leeway in either department. Still, this is a phone that will stand out, and you'll have to decide if that's what you want. 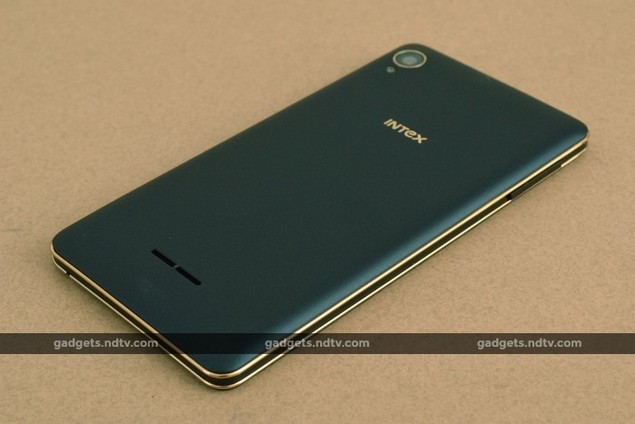 Specifications and software
The octa-core processor in question is a MediaTek MT6592M, the low-power variant of the popular MT6592. It runs at 1.4GHz and has an integrated Mali-450 MP4 GPU. The phone also has 1GB of RAM and 8GB of internal storage, along with unspecified versions of Wi-Fi and Bluetooth.

Corners had to be cut somewhere and sadly in this case, the screen bears the brunt of that. It's the lowest resolution we've seen in a long time - 480x854 pixels, which is so far below today's standards that jagged edges are instantly visible on icons and text. The screen also isn't very good, with colours looking artificial and everything washing out in sunlight. 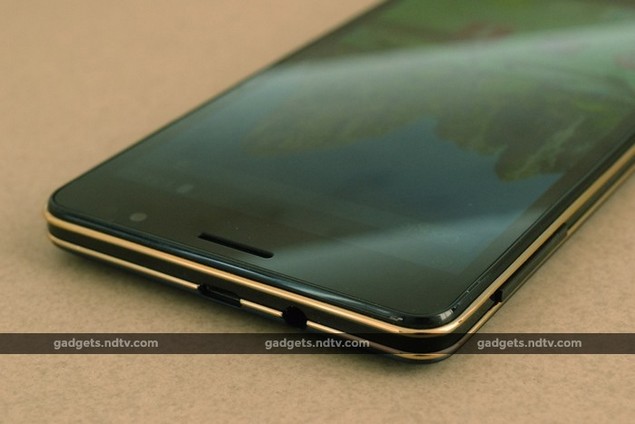 There are two SIM card slots beneath the rear cover - one for a regular-sized SIM and one for a Micro-SIM. There's also a microSD slot and you can use cards up to 32GB in capacity. The huge battery is visible but not removable - Intex has covered it with a sticker to discourage you from trying to pry it out.

Interestingly, Intex uses Android 4.4.2 with very little customisation, but does throw in a whole bunch of apps. Intex Zone contains information about the company's customer support lines along with shortcuts to a strange selection of mini-apps: Intex Care lets you find service centres by city, Important Day only stores one birthday and one anniversary, and Auto Call Record does what its name suggests. 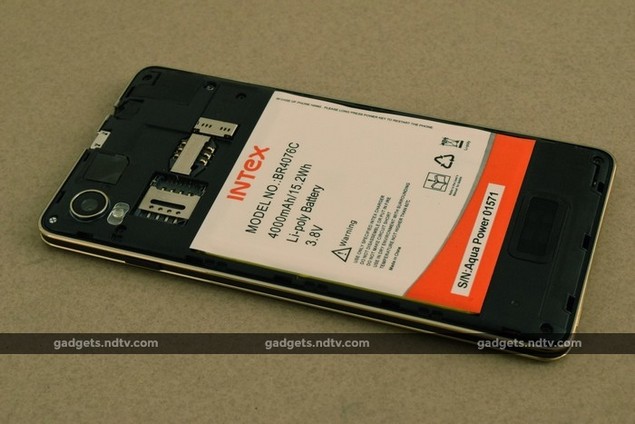 An app called Battery Doctor gives you details of how much time you have remaining to perform various tasks. There are redundant shortcuts to functions such as Wi-Fi and GPS, and a "super saving" mode that just turns everything off. The app can be set to kill tasks in the background or turn on the super saving mode at predefined times.

Beyond that there is tonnes of bloatware, only some of which can be uninstalled. The apps include AskMe, Dr Safety, Hungama, Instagram, Myntra, Newshunt, OLX, Opera Mini, PayTM, Runtastic Pedometer Pro, Snapdeal and Xender. The games 2048 and Empire Defense are also included but you get only five free plays after which you have to pay to unlock them. 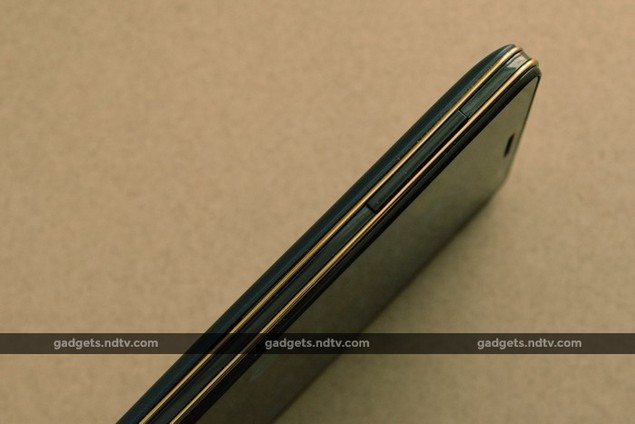 Performance
The Intex Aqua Power was pretty responsive in the time we spent with it, and there wasn't much lag when switching between apps. For basic everyday tasks and apps, there's no problem at all. However, we weren't surprised to see very low performance in our benchmark tests. This is after all a budget phone, and even eight CPU cores can't lift it out of mediocrity. The AnTuTu score of 24,018 and Quadrant score of 7,099 were the lowest we've seen in a while. Graphics performance as measured by 3DMark Ice Storm was also below par at 5538 points, although the low screen resolution helped propel GFXBench to a surprisingly decent 16.5fps. Games won't look good, but at least they won't stutter.

We did notice that the rear got a bit hot when heavy apps such as benchmarks and games were running. It wasn't too uncomfortable, but definitely something we could feel. Videos didn't look or sound too great, but we were happy with the screen's viewing angles. HD videos struggle a little but 720p samples seemed fine. The speaker is quite loud but sound is thin, tinny, and distorts even at low volumes. The bundled headset is quite comfortable but also distorted, and its sound is hollow and lifeless. Switching to our own headphones did nothing to reduce distortion. 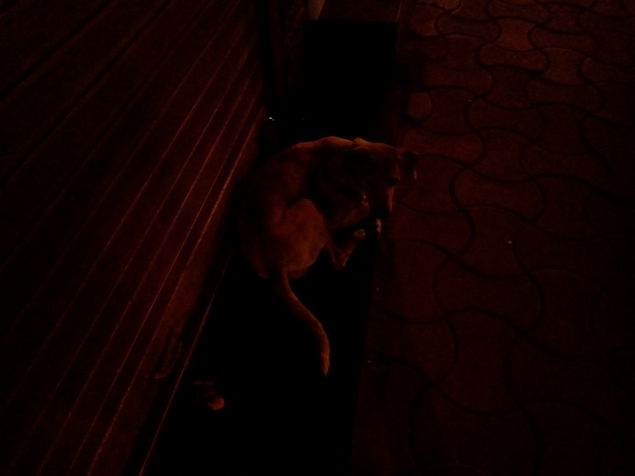 The camera is absolutely atrocious. It takes a long time to lock focus and there's a bit of shutter lag as well. Shots are pretty much unusable unless they were taken in bright sunlight. Indoor photos had poor detailing and definition, though they seemed okay when reduced to thumbnail size or seen only on the phone's screen. Night shots were barely acceptable, but these actually do look a lot better on a PC screen than on the phone.

And that brings us to this phone's real redeeming feature: battery life. All of Intex's efforts and budget resources must have been poured into the battery, because for all its other failings this phone lasted an amazing 14 hours, 11 minutes in our video loop test. 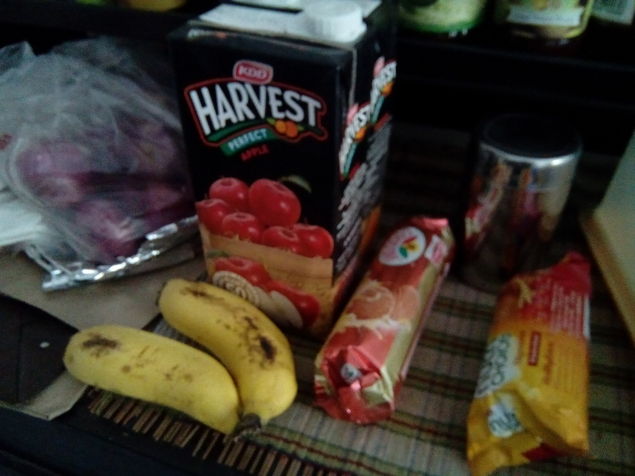 Verdict
The Intex Aqua Power is only really suited for those on a shoestring budget who need a phone with a fantastic battery. It's already selling for much less than its launch MRP of Rs. 8,444 and competes with the likes of the Xiaomi Redmi 1S (Review | Photos) Motorola Moto E (Review | Photos) and Android One models from various manufacturers.

If you buy this phone, you'll be able to get through a day or maybe even two days with moderate usage. You'll have to forget about games and entertainment, but you should be able to use all modern apps, surf the Web, and stay in touch.

A Look at North Korea's Cyber-Warfare Capabilities
Broadband for All Panchayats by 2016 Too Ambitious a Target: Trai