Indian consumer electronics brand has been in the smartphone market for quite some time now, but like other domestic brands, it's been struggling to keep up with the onslaught of the Chinese brands. In order to grab some attention, Intex has come up with the Aqua Lions X1+, a budget smartphone with a shatterproof display. We have had phones that claim to be shatterproof in the past, but only a few were in the affordable category. A durable display at an affordable price might tempt buyers, but is this phone's performance good enough to keep them happy? We find out.

The design of the Aqua Lions X1+ is quite generic and there are very few things about it that stand out. The Lions X1+ is available in three colours: Glossy Black, Champagne, and Blue. We got the Glossy Black version for review, and it is a fingerprint magnet. It has "antenna bands" at the back just like the Apple iPhone 7 but a closer look reveals that these are just design elements and are completely non-functional. The plastic back panel is removable to give access to the battery, microSD card slot, and SIM slots.

At the front, the smartphone has a 5.2-inch HD display. Intex claims that the glass covering it is shatterproof, and the company also offers a one-time screen replacement warranty for a year. Below the display are non-backlit capacitive touch buttons which are hard to hit in the dark. The front camera gets a selfie flash, which is now becoming common on phones in this price range.

The device is curved around the edges which makes it comfortable to hold. Intex has positioned the Micro-USB port and 3.5mm headphone jack at the top, leaving the bottom blank. Thanks to the compact size of the phone, the power and volume buttons are easy to reach. While the dimensions of the Aqua Lions X1+ make it easy for one-handed use, the overall construction is plasticky and doesn’t feel premium.

It isn’t surprising that Intex has picked the MediaTek MT6737 to power the Aqua Lions X1+. A large number of budget smartphones are powered by the same processor, which is a quad-core chip clocked at 1.3GHz. There is 3GB of RAM and 32GB of storage, out of which around 24GB is available to the user. Storage is expandable via the dedicated microSD card slot, and you can add up to 128GB. Powering the phone is a removable 2800mAh battery that does seem slightly smaller than average. 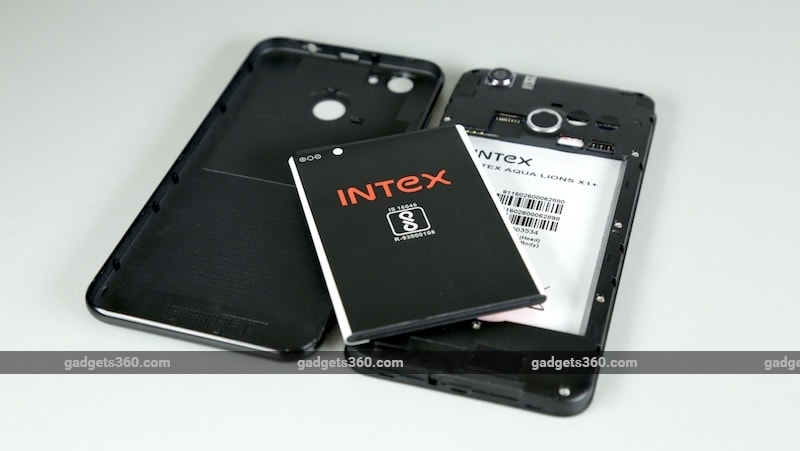 Intex is shipping the phone with stock Android Nougat but there are quite a few preinstalled apps including Gaana, NewsPoint, Opera Mini, UC Mini, and Xender. A lot of these apps generate notification spam which can get annoying. Thankfully, you can go ahead and uninstall or disable most of the bloatware.

You also get demo versions of games called Temple Paradise Dash, Cupcake Dreamland, and Motocross: Trial Extreme. There are also two game store apps called IndiGamez and Fun Club, which curate and show games that you can download. Like most other Intex phones, the Aqua Lions X1+ also has the MiFon security app. 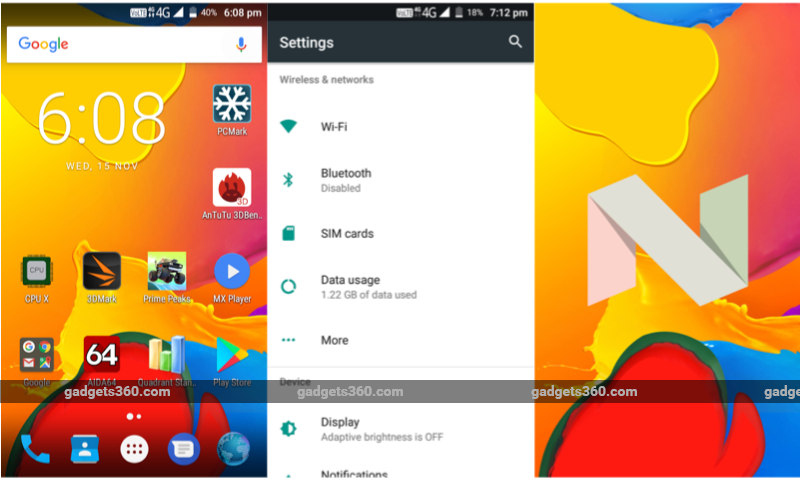 An added security measure is the fingerprint scanner at the back that can be used to unlock the phone. It isn’t as fast to wake the device up and unlock it as many others we've tested, and the unlock animation doesn’t help. This phone supports 4G and VoLTE but only one SIM can access a 4G network at a time. You also get Bluetooth, Wi-Fi b/g/n, GPS, FM Radio, and USB-OTG.

We found the performance of the smartphone to be average. When navigating through menus, you might need to pause before the next screen comes up. App loading times are a little longer than we'd like as well. In Antutu, the Aqua Lions X1+ managed to clock 29,693 points, and it managed 536 and 1,514 in Geekbench 4's single-core and multi-core tests respectively.

Gaming on the phone isn’t great either, but it can handle light games. With heavier titles you are greeted with longer load times and some frozen frames. We played Clash Royale and Prime Peaks which are light games that ran fine with occasional stutter. The device ran cool and did not feel too warm even after brief gaming sessions.

Battery life is below average and the phone only lasted 7 hours and 42 minutes in our HD video loop test. Basic usage doesn't seem to cause any trouble, but demanding apps drain the battery at a much higher rate than expected. You should be able to get through one working day with light to medium usage, but if you play games often, you might need to keep the charger handy. 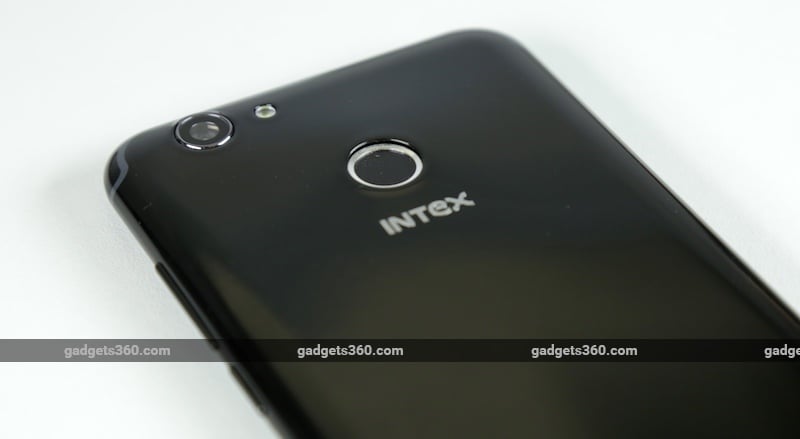 The Intex Aqua Lions X1+ has a 13-megapixel primary camera and a 5-megapixel front one with a selfie flash. We found the camera app to be bare-basic, with only Beautify and Panorama modes to play with. You have a few options in the settings that let you add colour effects and select scene modes as well. The auto scene detection option is switched off by default under the camera settings. Switching it on did introduce considerable lag in the viewfinder. 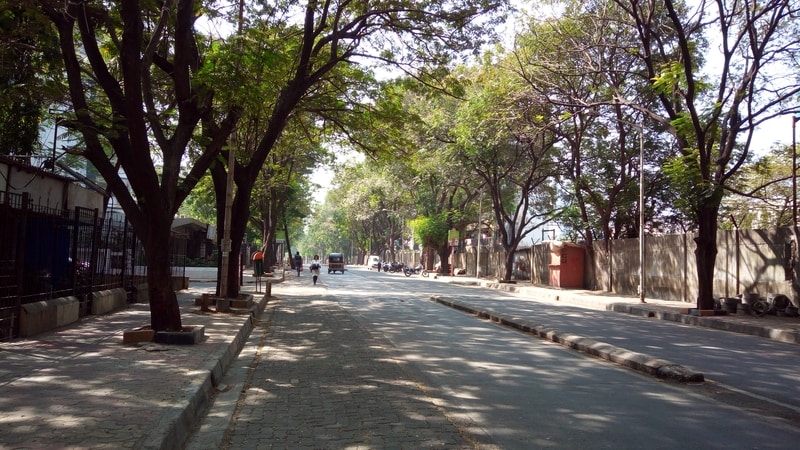 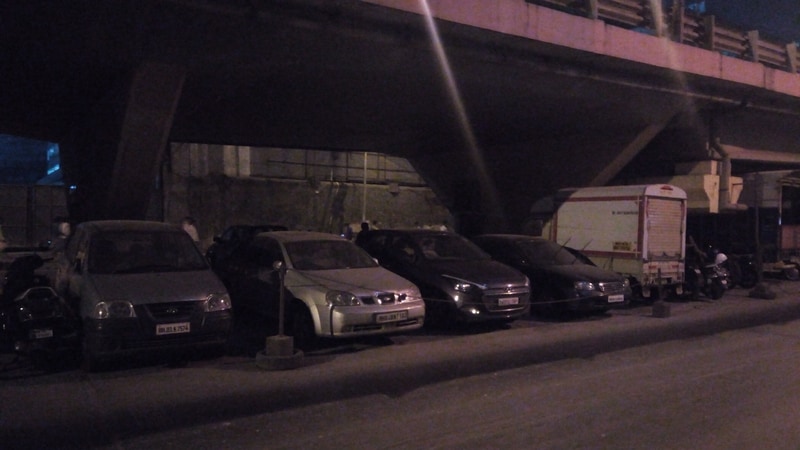 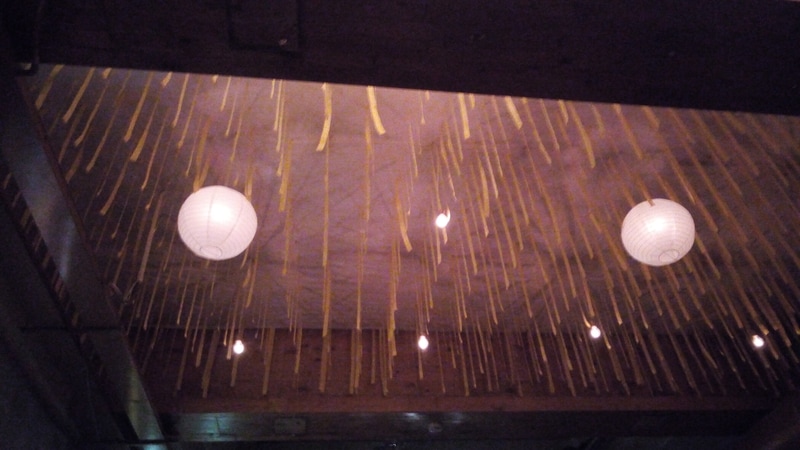 Photos taken with this smartphones are strictly average. In daylight, objects at a distance lack detail. We also found chromatic aberration is a few shots that were taken against the light. Macros are better but the device needs time to focus. Low-light shots have aggressive noise reduction and images don’t appear as sharp. We also saw chroma noise in a few images. Selfies appear grainy on zooming in a little but are good enough to be shared via messaging apps. Video recording maxes out at 720p with both the front and rear cameras.

With the Aqua Lions X1+, Intex is offering a shatterproof display and a one-time screen replacement warranty. We did put the shatterproof claim to the test by dropping this phone from waist height, arm level and ear height. The phone survived all these tests and the display was intact at the end of it. The highest drop managed to dislodge the rear cover and the battery popped out, but once put back together, the device worked normally. The body had scuffs but they were barely visible on the shiny back cover. Of course survival will depend on how often you drop this phone and onto what surfaces.

If you are a little clumsy with your devices or have a history of cracked phone screens, the Aqua Lions X1+ could mean that you have one less thing to worry about. However, battery life isn’t the best and there are phones with more powerful hardware available at roughly the same price. If a shatterproof display is what you need then the Lions X1+ makes some sense, but if you want more value for money then the Xiaomi Redmi 4 (Review) is still the one to pick.

product The Intex Aqua Lions X1+ claims to have a shatterproof display and buyers also get a one-time screen replacement warranty, but is performance good enough to back that up?