Innelo 1 is the first phone under iVoomi's "premium" sub-brand but is it any good? Read on to find out

Chinese smartphone brand iVoomi hasn't had as much of an impact on the Indian market as some of its competitors, but it hopes to change that with its “premium” sub-brand called Innelo. The company launched the Innelo 1 back in September, claiming it was the first smartphone under Rs. 8,000 to sport a notch. Since then, we've had a number of phones with notches well below that price level It's now time to see how good the Innelo 1 really is.

The Innelo 1 is being sold exclusively on Amazon for Rs. 7,499 at the time of this review. The competes with phones such as the Asus ZenFone Max M1 (Review) and the Xiaomi Redmi 6A (Review) at around the same price.

The Innelo 1 was built on a tight budget, and one look at it clearly shows this. There's no noticeable flex in the body but the texture given to the plastics makes this phone look a bit cheap. The body has a semi-gloss finish which does attract fingerprints and smudges, but not too much. It's fairly slim at 7.4mm, and at 154g, it's not too heavy. 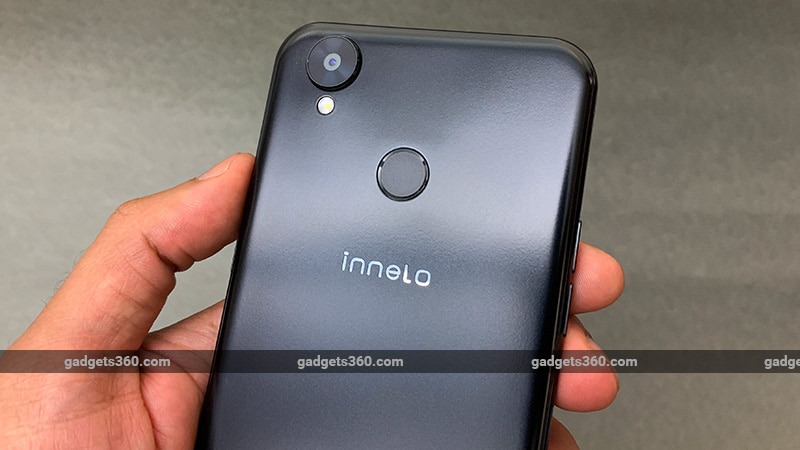 The Innelo 1 has a 5.85-inch HD+ display with a resolution of 1520x720 pixels, but there isn't any form of scratch protection, such as Corning's Gorilla Glass. The brightness is good and content is easily legible even under bright lights. The auto-brightness setting isn't very accurate though, as indoors, we often found the brightness to be a little higher than necessary. You can manually adjust it, but in order to do so, you'll have to disable auto-brightness, which is inconvenient.

There's a pretty wide notch on the top, due to which certain elements like the battery percentage are only visible when you pull down the notification shade. The Innelo 1 also has noticeably thick borders on all sides of the display, and one of the biggest chins we've come across on a notched display. This asymmetrical design looks a little odd and you have quite a bit of wasted space at the bottom.

The buttons are placed on either side of the phone but they feel flimsy and there's a lot of play in the power button. The SIM tray is placed on the right and is upside down for some reason, if you have the display facing you. This is a hybrid tray, which can accommodate two Nano-SIMs or a microSD card (up to 128GB) in the second SIM slot. The listing on Amazon suggests dual 4G is supported, but in our experience, only one SIM connects to 4G at a time while the second defaults to 2G. 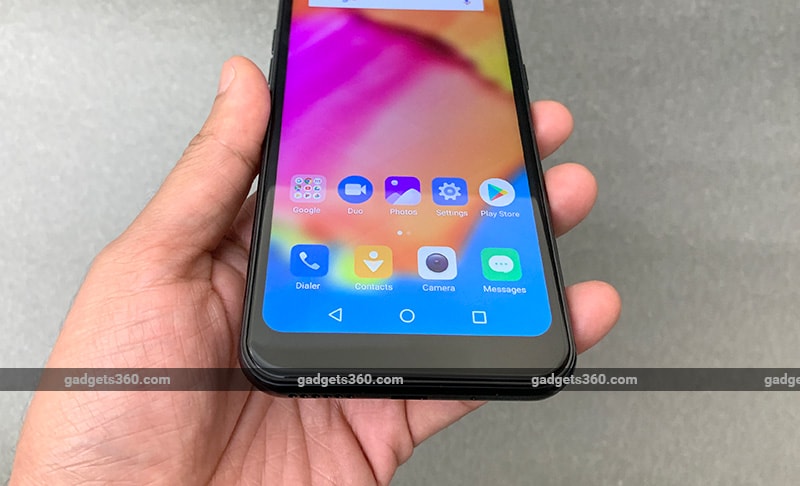 Shockingly, there isn't any 3.5mm headphone socket on the phone. The Innelo 1 ships with a headset that has a Micro-USB plug — something we haven't seen ship with any smartphone in recent memory. There isn't any Micro-USB-to-3.5mm dongle in the box either and the ones that are available online don't come cheap.

The bundled headset sounds terrible, and if you lose it or if it stops working, you're pretty much stuck. We asked Innelo about the reasoning behind this, and according to the company, “the hardware structure” prevented it from adding a headphone socket.

There's a sizeable camera bulge at the back, which makes this phone rock about when placed on a flat surface. Below that is a single-LED flash and a fingerprint sensor placed in the middle. There's some Innelo and iVoomi branding embossed here too, along with a sticker which has SAR and IMEI information. The latter is a bit of an eyesore, but removing it left some nasty glue residue on our review unit, so we suggest leaving it as is.

In the box, the Innelo 1 is accompanied by the Micro-USB headset, a Micro-USB cable, a 10W charger, a SIM eject tool, and a screen guard.

Powering the Innelo 1 is a rather old MediaTek MT6737H quad-core CPU, which is considerably slower in benchmarks than competing silicon such as the Qualcomm Snapdragon 430 and even MediaTek's current Helio A22 SoC. The phone posted some of the lowest scores we've seen in a while for this price segment, with only around 40,307 points in AnTuTu and just 15fps in GFXbench's T-Rex gaming test. The rest of the specifications aren't anything to shout about either. There's just 2GB of RAM and 16GB of storage. You get roughly 8GB free for apps and other files, and that fills up quickly if you download bigger apps, like games. There is an option to format a microSD card as part of the internal storage, which is good to see.

Other specifications include Bluetooth, Wi-Fi 802.11 b/g/n, GPS, an accelerometer, an ambient light sensor, and a proximity sensor. The phone lacks a compass, which means you can't tell the direction you're facing in Google Maps, and there isn't even support for USB-OTG.

The Innelo 1 runs on Android 8.1 Oreo with a custom skin called SmartMe OS 3. The security patch was dated August 2018, which is now a bit old. This single-layered interface comes with a custom set of icons for the default apps and a theme store for changing the look of the UI.

Some of the preloaded third-party apps can't be uninstalled, such as Amazon, NewsPoint and Gaana. Even trial games like Cupcake Dreamland and Bean Counter are treated as system apps and can't be removed.

The Innelo 1 didn't get too hot with regular use, but when playing games, the area around the fingerprint sensor got quite warm. Most apps always run in fullscreen mode, filling up the spaces around the notch. However, this happens with games too, so the notch tends to obscure content or controls.

There's no way to set the scaling behaviour of individual apps, but after some digging around in the Settings app, we found a master switch to enable or disable fullscreen scaling in the System sub-menu, of all places. 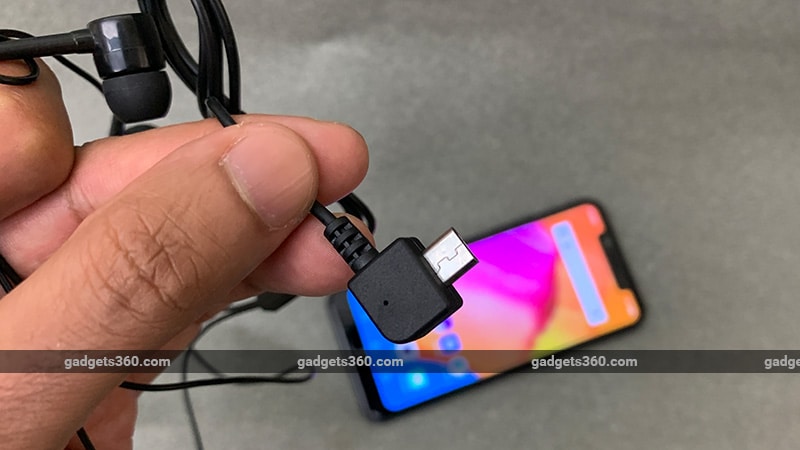 The rear fingerprint sensor isn't the fastest but it's fairly accurate. It takes a second or two from the time your fingerprint is detected to when the display actually switches on, which makes it seem slow.

There's face recognition too, but this method failed quite often and was slower than the fingerprint sensor when it did work. It doesn't work in low light, and at times, even under good light, it would fail to detect our face.

The Innelo 1's UI skin isn't too heavy but it does get laggy when trying to switch between apps. This is also noticeable when performing opening two apps in split-screen mode. Basic apps work well, but at times even simple things like typing can feel laggy if you have many apps open in the background.

The Innelo 1 can handle basic games such as Alto's Odyssey well enough, but Asphalt 9: Legends or even PUBG Mobile ran very sluggishly, even with the settings cranked all the way down.

There's a 13-megapixel rear camera which has decently quick autofocus under good lighting. Images shot in daylight were passable but colours were muted and details weren't very good. Macro shots lacked good sharpness and clarity. There's no portrait shooting mode, which is odd considering that there is one for the front camera.

The ‘FaceCute' shooting mode lets you vary the level of beautification on your subjects' faces. The ‘Smart Photo' toggle automatically engages HDR if needed and sets up the scene based on available light. 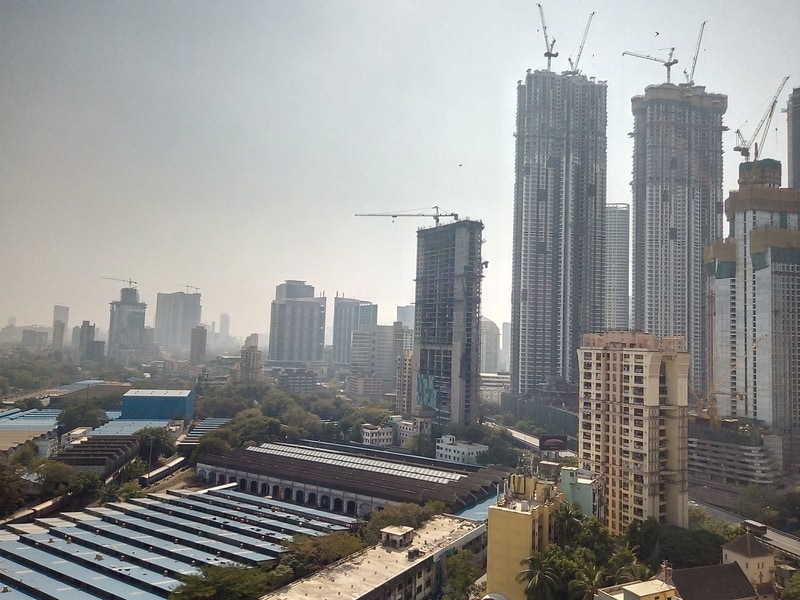 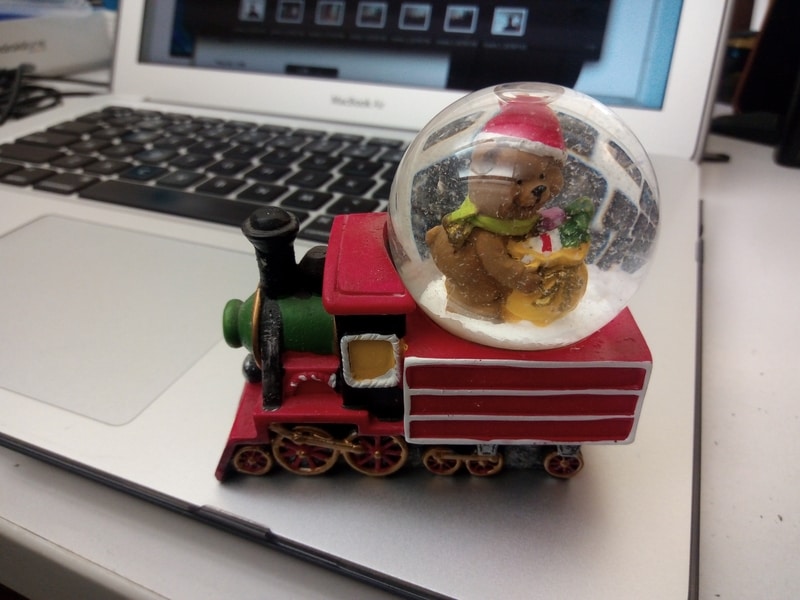 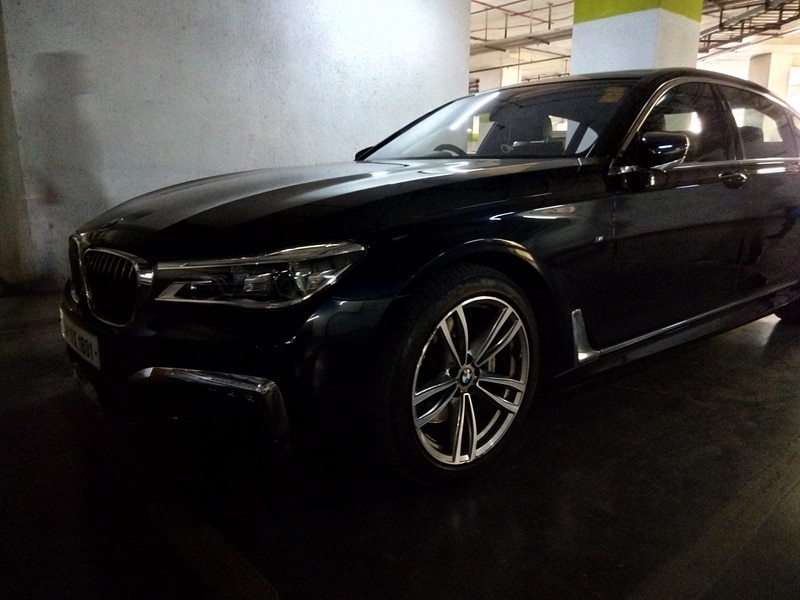 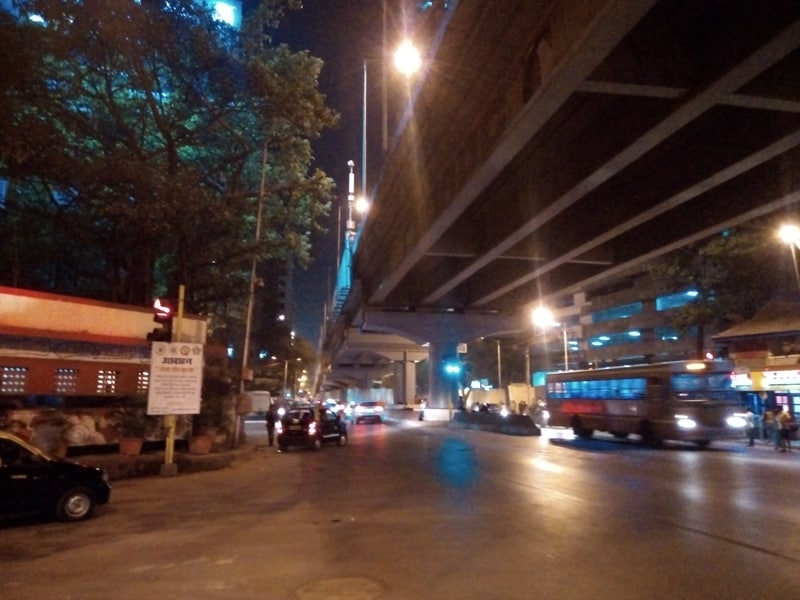 In low light, focusing speeds dip drastically and it takes a good couple of seconds to lock focus. Details were soft and there's there was visible noise and grain in dark regions of the photos we shot at night.

Video recording maxes out at 1080p but there's no stabilisation and the framerate varies depending on the available light. During the day, we generally got about 15-20fps (which is too low) but in low light, it dropped all the way down to 10fps, which resulted in blurry and unusable footage. We noticed this inconsistency across resolutions.

Battery life is quite weak too. The 3000mAh battery lasted for just 6 hours and 15 minutes in our HD video loop battery test. With actual usage, the phone just about lasted an entire workday, but we had to charge it before going to bed. The bundled charger charges the phone completely in about two hours.

Verdict
The Innelo 1 is iVoomi's debut offering for its sub-brand, but we think the company has completely missed the mark here. The phone lags behind the competition on pretty much every count, making it hard to give it any sort of recommendation. Its biggest failings are the weak processor, lack of a headphone socket, poor battery life, and thick bezels and chin on the display. The cameras are quite underwhelming too, and the software isn't as up-to-date or feature-rich as what you'd get with many other offerings at this price level.

We recommend giving the Innelo 1 a miss. You'd be much happier with phones like the Asus ZenFone Max M1 (Review) or even the Xiaomi Redmi 6A (Review).

Affiliate links may be automatically generated - see our ethics statement for details.
product Innelo 1 is the first phone under iVoomi's "premium" sub-brand. But does it do enough to compete with offerings from Asus and Xiaomi? Read our review to find out.