The InFocus Turbo 5 was recently launched in the sub-Rs. 10,000 smartphone segment, which has lately seen a lot of new models. Companies are fighting it out, trying to offer more for less, and Indian consumers are spoiled for choice. InFocus, the US-based company, made its debut in India almost two years ago and has mostly focused on the budget segment. Its latest smartphone is yet another low-cost device. At a starting price of Rs. 6,999, the new InFocus Turbo 5 will be competing against some very popular options like the Xiaomi Redmi 4, among others.

Under the hood, the new InFocus Turbo 5 packs a massive 5000mAh battery which is its biggest highlight, and it also lets you charge other devices. Is this enough to make the InFocus Turbo 5 worth your money and time? We find out in our review.

The InFocus Turbo 5 differentiates itself from the rest of the budget smartphone crowd with the narrow borders to the sides of the screen. It looks good for a phone at this price, and there's less distraction when watching videos. However, there are thick bezels above and below the display. Even with a 5.2-inch screen, this phone is comfortable to use with just one hand, which is what we did for most of our review period.

The standard capacitive navigation buttons are placed right below the screen, and they don't light up which means that you could have trouble finding them in the dark. The InFocus Turbo 5 is available in Mocha Gold, which we received for our review, and Pure Gold. 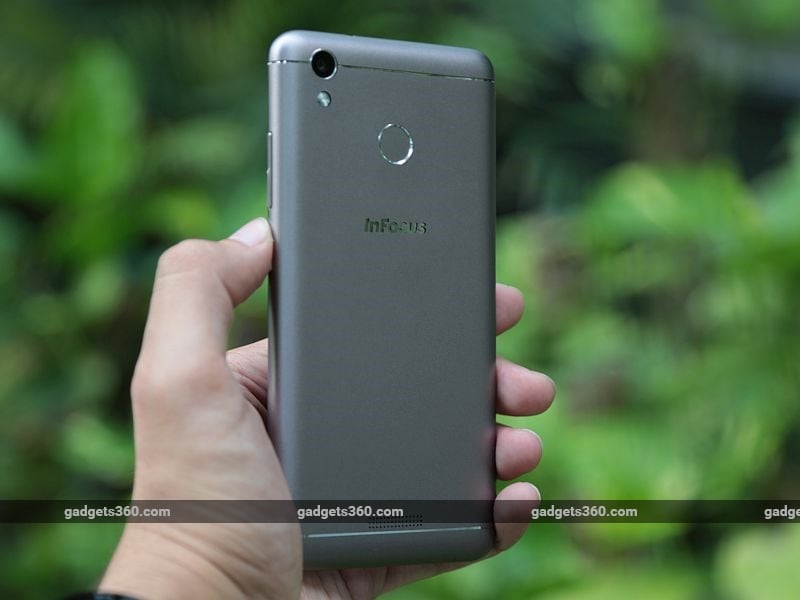 There's 2.5D curved glass on the front, and the rounded corners help with grip. Unfortunately, the back of the device mimics many phones that are already available in this segment. The antenna bands running across the top and bottom look very common now. InFocus has used faux metal on the back, and it definitely doesn't feel solid compared to the body of the Xiaomi Redmi 4. There's an InFocus logo in the middle at the back, with a fingerprint scanner above it.

At 8.95mm, the Turbo 5 is slightly thicker than the competition, though the 5000mAh battery beneath the hood makes up for that. The 164g weight isn't too much either. The power and volume buttons are on the right while the 3.5mm audio socket and charging port are on the top and bottom respectively.

Overall, the InFocus Turbo 5 doesn't offer a lot of new things in terms of design, but the narrow screen borders do help it score in terms of visual appeal. 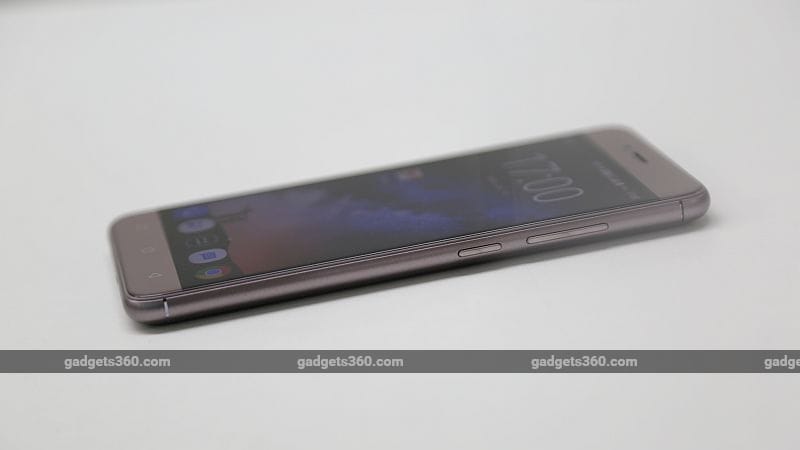 You get a large 5000mAh battery which the company promises will last for almost two days on a single charge. It's also rated to deliver up to 34 days of standby time, 50 hours of continuous music playback, or 23 hours of video calling time. We'll find out how the battery actually performs in the next section.

One useful feature that InFocus has implemented with the Turbo 5 is that it supports reverse charging, which means it can be used as a power bank to charge other devices.

There's a 13-megapixel rear camera with an LED flash, and a 5-megapixel front-facing camera. Both feature f/2.2 apertures. Connectivity options on the InFocus Turbo 5 include 4G with VoLTE, Wi-Fi b/g/n, Bluetooth, GPS, and FM radio. 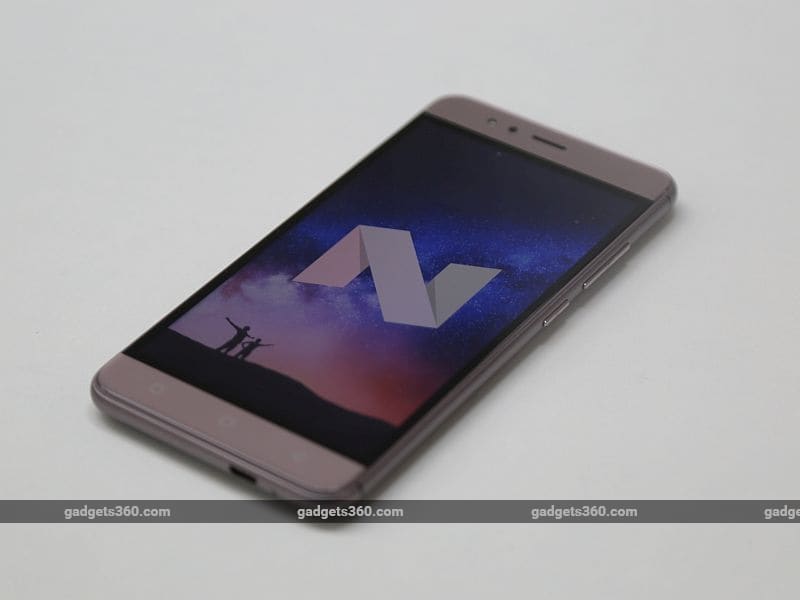 The InFocus Turbo 7 runs on Android 7.0 Nougat and is one of only a few phones priced under Rs. 10,000 to do so. Many higher-priced models sold in the market also still run outdated version of Android.

With Android N, the phone gets many OS-specific features such as split-screen multitasking. You can reply to messages from within their notifications, and you also get better management options including bundled notifications and the ability to disable or silence alerts for a specific app by long-pressing on a notification. You also get a new Settings app and Quick Settings toggles, and can quickly switch between your two most recently used apps by double-tapping the Overview button.

The InFocus Turbo 5 managed to handle everyday usage and multitasking with ease. We received the version with 2GB of RAM for review, and we found that it had its limitations. If you plan to buy this phone, we suggest that you go for the higher-spec variant if you can spend a little extra, though it's hard to comment on its performance without having actually tested the unit.

In terms of gaming, the InFocus Turbo 5 felt sluggish, and we noticed that it struggled with graphics-heavy games such as Marvel: Contest of Champions, Dead Effect 2, and Need for Speed: No Limits. However, it was able to run Subway Surfer and Angry Birds with ease. 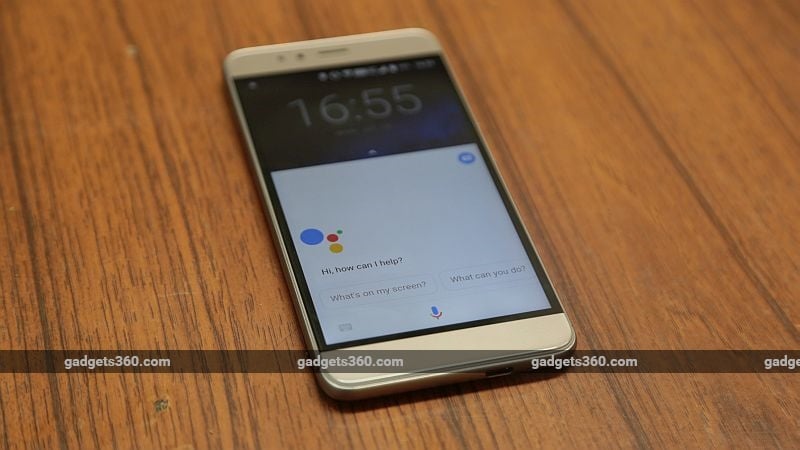 Our review unit had 16GB of storage, but less than 10GB was user accessible which means buyers might have to rely on removable storage. The hybrid SIM slot supports two Nano-SIMs or one Nano-SIM and one microSD card. In our standard benchmark tests, the InFocus Turbo 5 managed pretty average scores. It gave us 18,683 in AnTuTu, 16,550 in Quadrant, and 10fps in GFXBench.

The 5.2-inch HD display is fairly good in terms of brightness, and we didn't have any major issues with sunlight legibility or viewing angles. The pixel density is 320ppi, and text appeared sharp. Colours are vibrant, but the display on the Turbo 5 isn't the best we have seen in this segment.

Photos captured with InFocus Turbo 5's 13-megapixel rear camera   in daytime and outdoors had decent colour reproduction and details, though we noticed that they lacked sharpness when seen zoomed in. We also noticed that our photo samples had a lot of noise in areas that weren't well lit. At night, photos also lose texture quality and have a lot of noise all over.

Autofocus didn't work well in low-light situations either. It was hard to lock focus on any subject when there were wasn't enough light around, and struggled when we repositioned a frame. Based on our time spent with the Turbo 5, we can safely say that its camera struggled to perform well. Overall, we feel that this is one of the phone's weakest points. The Xiaomi Redmi 4 and Lenovo Vibe K5 Plus performed better in their respective reviews. 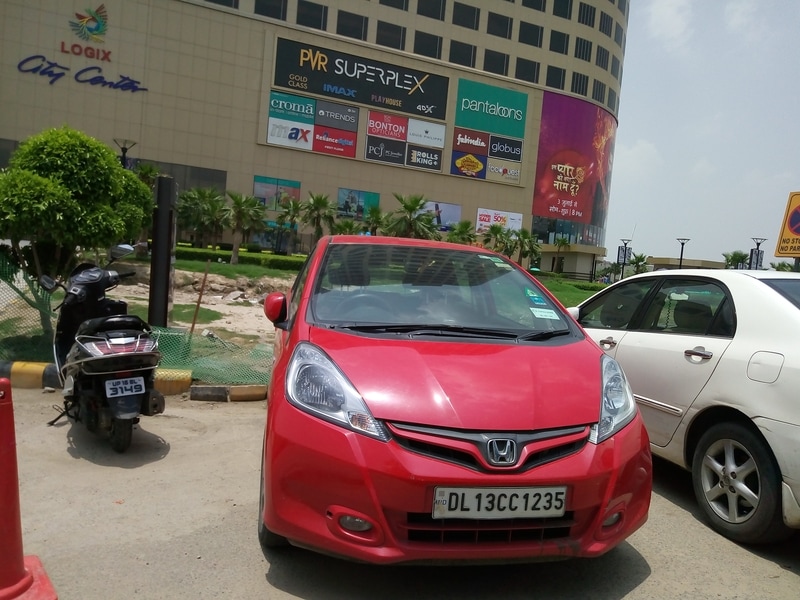 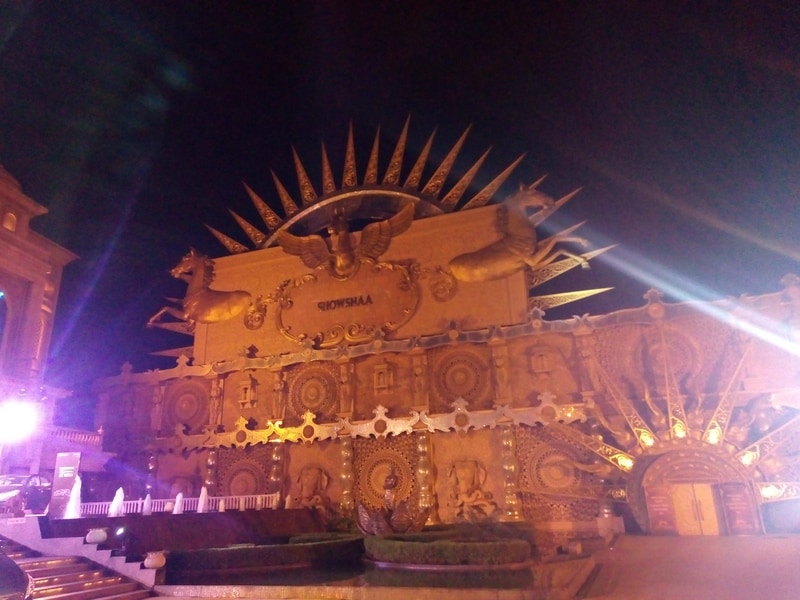 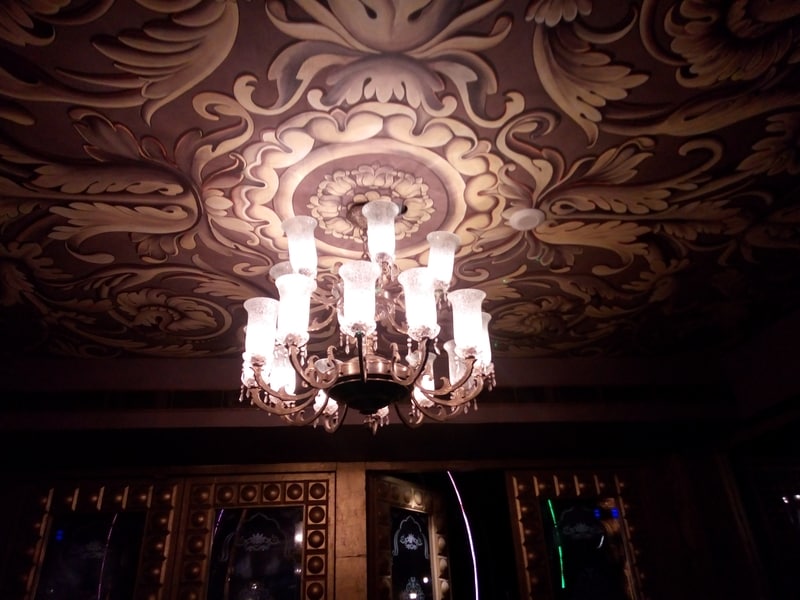 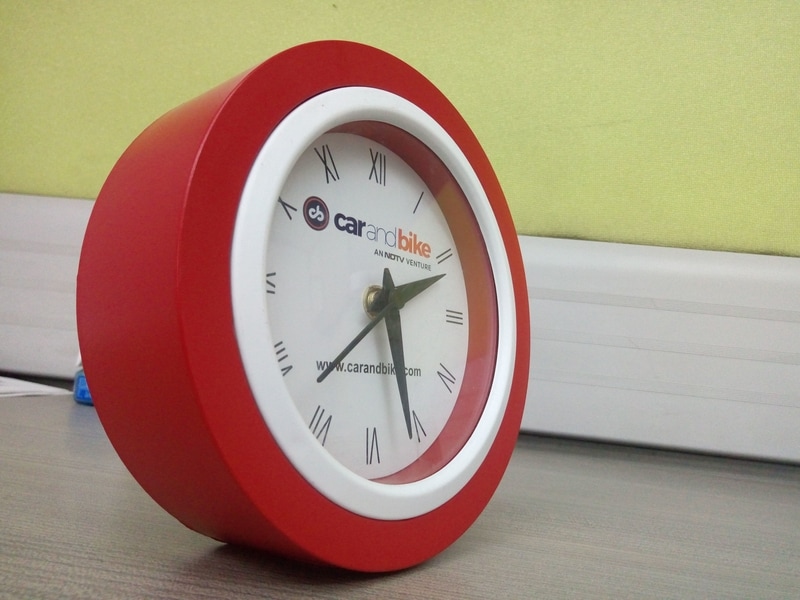 The 5-megapixel front camera does a good job when it comes to selfies. There's a screen flash to help users click selfies when it's dark. Photos taken with the front camera can very well be passable for social media uploads, but don't expect the Turbo 5 to compete with higher-priced models in this regard.

The InFocus Turbo 5 packs a large 5000mAh non-removable battery which impressed us during the review period. We were able to use the phone heavily for two days, which matches the company's claims. The phone managed to run for 15 hours, 10 minutes in our HD video loop test which is quite good.

We also tested the reverse charging feature of the Turbo 5, and it worked smoothly. This could be handy in emergency situations, as long as you have the right cables with you. Though it officially doesn't offer fast charging support, it took less than two hours for the phone to go from zero to 100 percent charge.

We also have to point out that the InFocus Turbo 5 did not get warm during our continuous video loop test and when using GPS navigation for extended periods of time.

Verdict
We used the InFocus Turbo 5 for almost a week, and can safely say that this phone is a powerhouse when it comes to battery life. You can rely on it to last for around two days, or more, depending on your usage. The HD display and other specifications are fairly standard compared to other phones at this price today, but the fact that it runs Android Nougat makes it stand out.

Unfortunately, overall performance is weak, and the camera, in particular, might be a dealbreaker for many people. If you don't plan on using the camera for anything important, or multitasking often, you might be happy with this phone.

The lower-end variant of the InFocus Turbo 5 that we've reviewed here is priced at Rs. 6,999, but if you can spend Rs. 1,000 more, you'll be better off with 3GB of RAM and 32GB. The Turbo 5 is an Amazon India exclusive and will be going head-on with some other popular smartphones including the Lenovo Vibe K5 Plus (Review), Xiaomi Redmi 4 (Review), Panasonic Eluga Ray, and Moto C Plus.