Infinix has been catering to the budget segment for quite some time now. The Infinix Note 5 offered good value for money when it was launched and even made its way to our list of the best budget phones of 2018. The formula was simple: a power-efficient MediaTek Helio P23 processor, clean stock Android, and a beautiful crisp display. This gave it an edge over its competitors.

Just like the Infinix Note 5 (Review), the Note 5 Stylus has a flashy paint job that caught our attention. Infinix calls this Bordeaux Red and it will turn a few heads. If you prefer subtle shades, you can go for the Charcoal Blue option. The Note 5 Stylus has a metal unibody which gives it a premium look and a solid feel in the hand.

The front is dominated by a 6-inch full-HD+ display that has thin bezels on the sides. It does not have a notch, like many other recently launched smartphones, and sticks to the 18:9 aspect ratio. You'll find the selfie camera and a selfie flash at the top along with the earpiece. The bottom bezel is bare since the phone makes use of onscreen buttons for navigation.

Turn the phone around and you will notice a single camera along with a dual-LED flash and a fingerprint scanner. The fingerprint scanner is convenient to reach when holding the phone in either hand. The back panel is flat but curves at the sides making the Note 5 Stylus comfortable to hold in the hand. 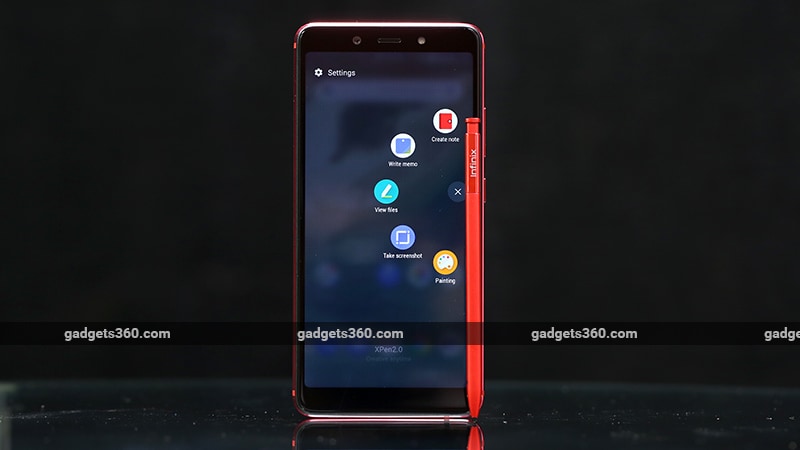 The stylus is handy if you like taking notes the old-fashioned way.

At the bottom, you will find the 3.5mm headphone jack, a Micro-USB port, loudspeaker grille, and the highlight feature, the stylus. You need to press the stylus to release it from its lock, and a firm pull is then enough to take it out of the smartphone. It resembles the stylus you get with the Samsung Galaxy Note series, and has a button on it.

Samsung had a debacle with its Galaxy Note 5 (Review), because the stylus could get jammed inside the phone if inserted the wrong way around. This was fixed with later Galaxy Note models. Infinix hasn't taken any such precaution and the stylus can go it the wrong way. We didn't push it all the way in fearing irreversible damage, but this could be a problem for some users with day to day use.

We found the position of the textured power button to be convenient, but the volume buttons do require a bit of a stretch. The top of the phone is bare and the SIM tray is on the left. Infinix ships an 18W charger in the box but you don't get extra stylus tips like you do with the Galaxy Note series.

Infinix has opted for the octa-core MediaTek Helio P23 processor to power the Note 5 Stylus. There's 4GB of RAM and 64GB of storage which is expandable by up to 128GB thanks to the hybrid dual-SIM design. The XPen stylus has 4,096 levels of pressure sensitivity.

The Note 5 Stylus has two Nano-SIM slots and support for dual 4G as well as VoLTE. Connectivity options include Wi-Fi 802.11 b/g/n, Bluetooth, USB-OTG, and GPS. It packs in a 4000mAh battery which is smaller than the 4500mAh battery in the Infinix Note 5. 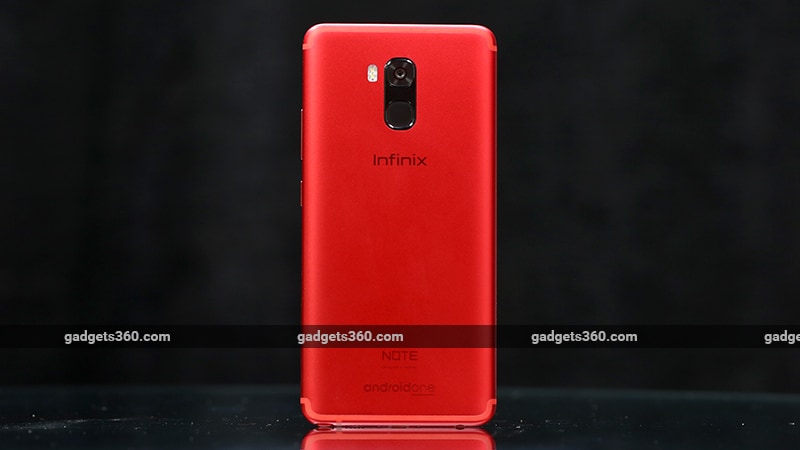 Since the Note 5 Stylus is a part of Google's Android One programme, it runs pure stock Android but there are still a few tweaks. Some of the additions over stock Android include the XPen software for the stylus, XNote (a note-taking app), and the FM radio app. Our review unit ran Android 8.1 Oreo with the November 2018 security patch, which is acceptable at this price point. Since its a part of the Android One, it should get an update to Android Pie, but Infinix hasn't announced a timeline for this.

The Infinix Note 5 Stylus has enough grunt to offer a smooth experience. We did not notice any lag or stutters when multitasking or navigating through the menus. The fingerprint scanner was quick to recognise our fingers and unlock the phone. Infinix hasn't provided its own face unlock software and relies on Google's Smart Unlock method.

The stylus is what makes this phone different from the Infinix Note 5. Pop it out, and the phone provides haptic feedback, as it launches the XPen app. You get the option to create notes, memos, take a screenshot, and open a painting app. It also has a lock screen notes feature that lets you scribble notes when the phone is locked. Sliding the stylus back into its silo saves these notes automatically. 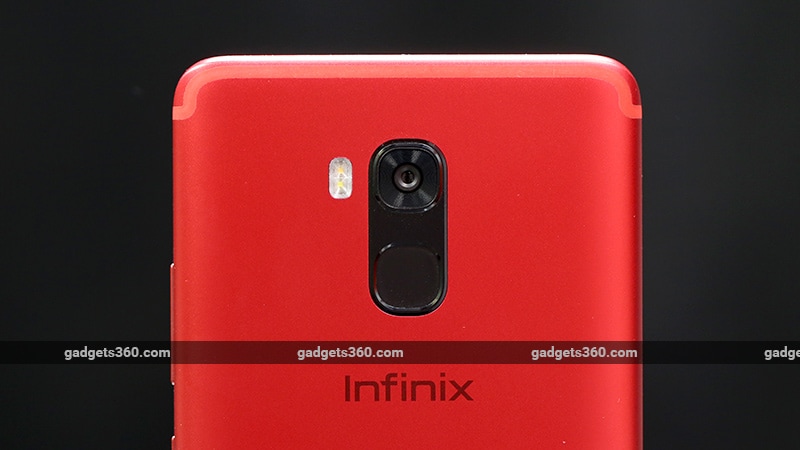 The single camera setup on the Infinix Note 5 Stylus.

We found the stylus to be useful for taking notes and sketching, but there is a slight hint of lag. Infinix also advertises a notepad calculator as well as handwriting recognition, which isn't available at the moment. If you leave the stylus out of the phone for a long time, you'll get a pop-up reminding you to put it back in. The button on the stylus is only useful to open the XPen App and cannot be used like a remote shutter release to take photos like you can on the Samsung Galaxy Note 9 (Review).

We ran a few benchmarks, and the Note 5 Stylus returned 84,828 in AnTuTu, and 4,475 in PCMark Work 2.0. It scored 832 and 3,509 respectively in Geekbench 4's single-core and multi-core tests. It also scored 20fps in GFXBench T-Rex. These scores are lower than those of similarly priced phones such as the Nokia 6.1 Plus (Review), Motorola One Power (Review), and Asus ZenFone Max Pro M2 (Review).

In our HD video loop test the phone managed to go on for 13 hours and 37 minutes. This is considerably higher than the 9 hours, 40 minutes that the Infinix Note 5 clocked. With our relatively low usage which consisted of taking a few photos, running a few of our benchmarking apps, and doodling using the stylus, we were left with 46 percent power at the end of the day. Heavier usage will require the device to be plugged in a little earlier. The supplied 18W charger is capable of charging the battery from zero to 42 percent in 30 minutes.

We played PUBG Mobile on the Note 5 Stylus, which suggested the Medium graphics setting at startup. We noticed lag and stutters during gameplay, forcing us to turn the settings down to Low. Playing for a little over an hour resulted in an 18 percent battery drop. The device got slightly warm to the touch after this gaming session.

The cameras on the Note 5 Stylus are similar to what we saw on the Note 5. It has a single 12-megapixel shooter at the back and a 16-megapixel selfie shooter along with a selfie flash. The camera app has Panorama, Night, Time-lapse, Professional, Beauty, and Portrait modes to choose from, apart from the usual Photo and Video modes. It lacks auto HDR but you get a toggle to manually switch it on and off. Google Lens is also integrated into the camera app. 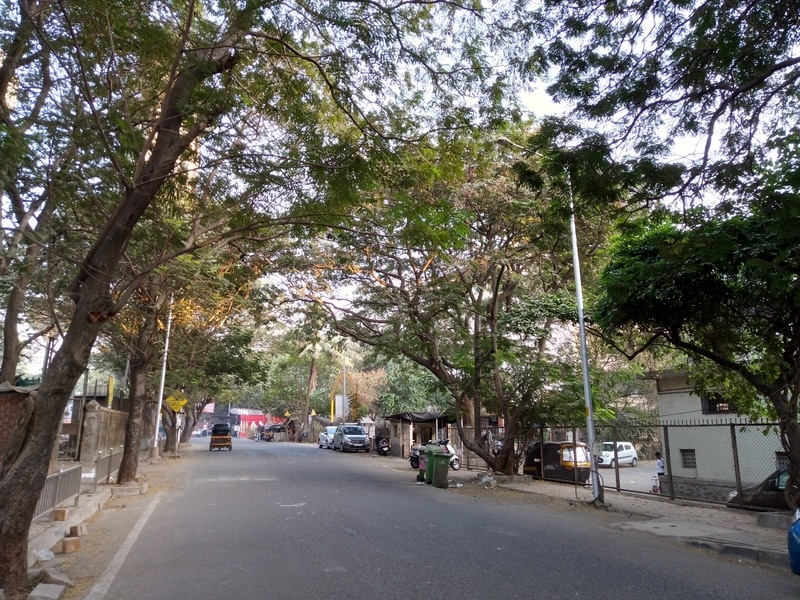 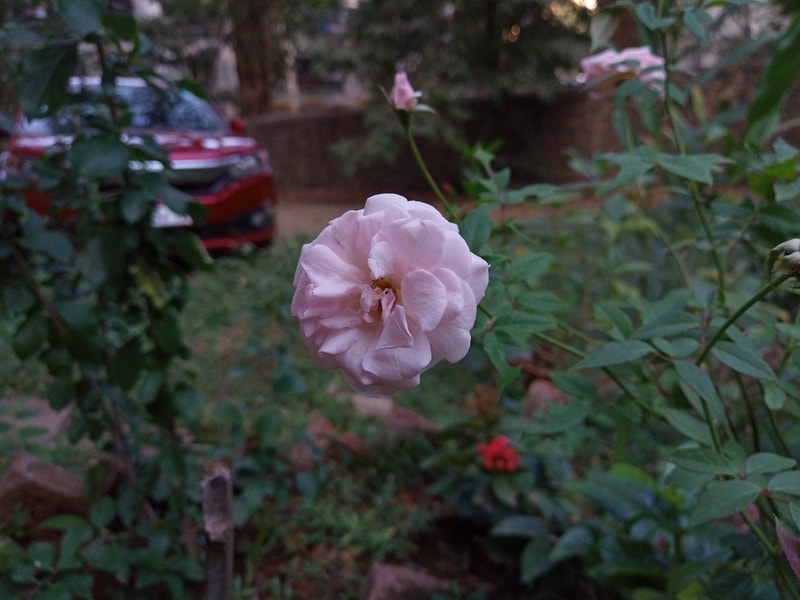 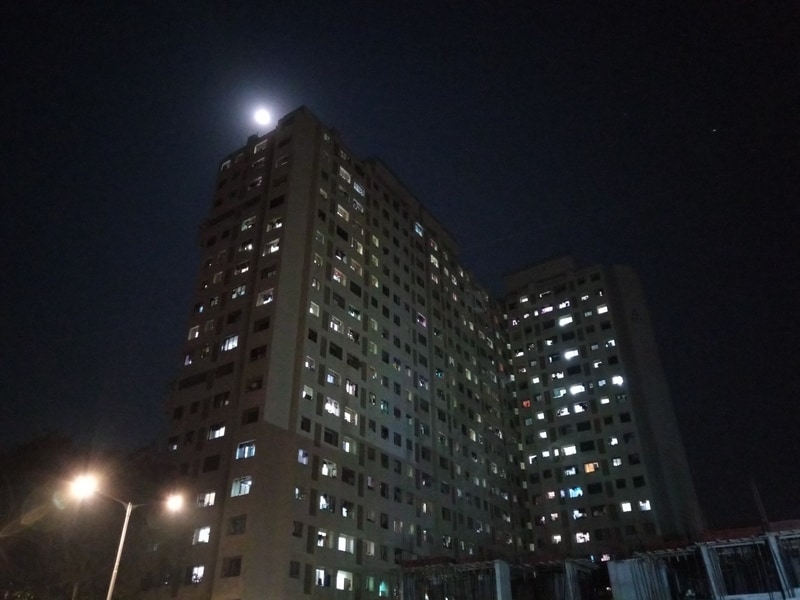 Photos taken with the Note 5 Stylus were average. In daylight, the phone was able to meter light correctly but was slow to lock focus. You will walk away with a blurry shot if you aren't patient. When shooting against the light, we did observe a bit of chromatic aberration. The slow focus was a little annoying when taking macros. We had to check the output after every shot to ensure that the camera had focussed where it wanted it to.

Macro shots had good detail, and the phone managed good separation between the subject and the background. Portrait mode adds a good depth effect to the output but the edge detection was a hit or a miss when we tried it. The camera performance drops in low light and you can see visible grain in the output. In order to capture more light, the shutter stays open for longer. This results in motion blur if the subject you are shooting moves. You also need a steady hand to get a sharp shot.

Video recording maxes out at 1080p for both the primary and the selfie cameras, but there's no video stabilisation, resulting in shaky video.

You can get some decent selfies, and the selfie flash is handy in low lighting conditions.

Verdict
Being a part of the Android One programme, the Infinix Note 5 Stylus is guaranteed to receive timely software and security updates. It has a good, vivid display and the stylus is useful. Go for the Note 5 Stylus only if you loves taking notes (or scribbling) the old-fashioned way.

What doesn't work in the Note 5 Stylus' favour is its price. Yes, it is significantly less expensive than the Samsung Galaxy Note series, which also features a stylus. However, if that isn't the most important feature for you, then the likes of Asus ZenFone Max Pro M2 (Review), Realme U1 (Review), or other great smartphones under Rs. 15,000 would be better alternatives.