Infinix entered the smartphone market last year and has been consistently launching devices in India. We have reviewed multiple models from this company, including the Zero 5 Pro (Review), Hot S3 (Review), and Hot 6 Pro (Review), as well as a pair of noise cancelling headphones, the Infinix Quiet X. In a short span of time, the company has managed to build a presence for itself in different price segments.

Now, Infinix has launched yet another smartphone, called the Infinix Note 5. What is interesting is that it is a part of Google’s Android One programme, which translates to a stock Android experience and a guarantee of regular updates. The price starts at Rs. 9,999, making this the most affordable Android One smartphone in the market today. Should you consider it if you are on a budget? We find out 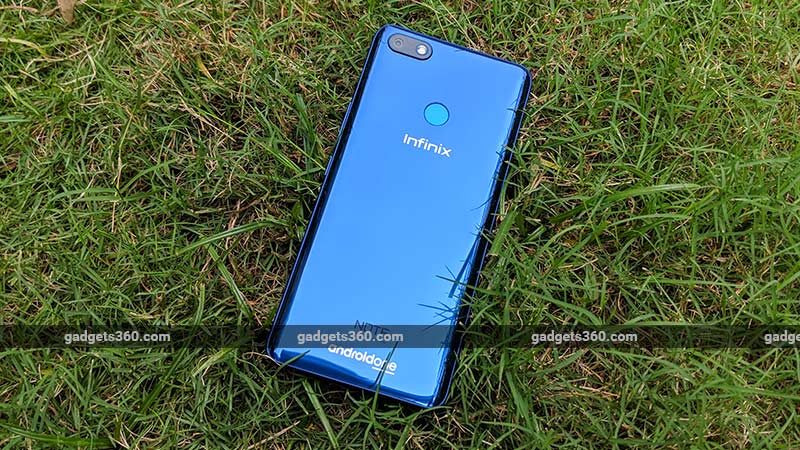 When we unboxed the Infinix Note 5, the first thing that caught our attention was its colour. We got the Ice Blue version for review, and it looks unique compared to other smartphones at this price point. If you don’t want a flashy colour, it is also available in black. The Note 5 is made primarily out of plastic and feels light when you hold it. It has a 5.99-inch display with the 18:9 aspect ratio making it tall and narrow. All the buttons and the SIM tray are on the right of the device, while the left is completely blank. The Infinix Note 5 uses a Micro-USB port for charging, which is at the bottom, along with a downward-firing speaker, and a 3.5mm headphone jack.

Turn the phone around and you will find a single camera along with an LED flash, housed in a module that makes it look like there are dual cameras. The fingerprint scanner is also positioned at the back, but it's higher than where either index finger rests naturally. Infinix has curved the sides of the phone slightly, which makes it easy to grip. The glossy back is made of plastic and picks up fingerprints quite easily. Infinix ships a case in the box, which you can use to reduce smudges. 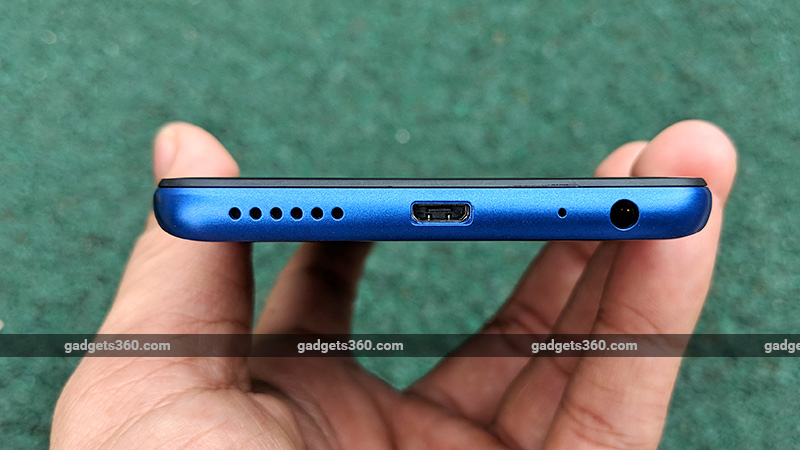 The Note 5 is a budget smartphone and features modest hardware. Powering it is an octa-core MediaTek Helio P23 processor clocked at 2GHz. The smartphone has 3GB of RAM and 32GB of storage which is expandable by up to 128GB using a microSD card in the dedicated slot. It has a 6-inch IPS display with a resolution of 2160x1980 and an 18:9 aspect ratio. Just like other Infinix smartphones, the display is one of the best panels we have seen in this price range.

There is support for Wi-Fi 802.11b/g/n, Bluetooth, USB-OTG, and GPS. The Note 5 also has a gyroscope, proximity sensor, ambient light sensor, and e-compass. This is a dual-SIM device and has two Nano-SIM slots. It has support for 4G as well as VoLTE on both SIMs. The Note 5 has a big 4500mAh battery, this makes it slightly heavy at 175g. There's a 12-megapixel camera at the back and a 16-megapixel selfie shooter at the front, and both have their own flashes to help in low light. 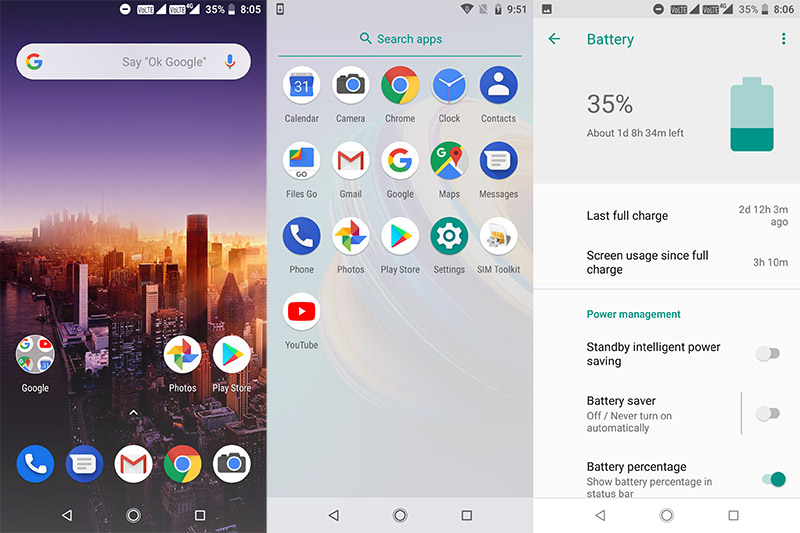 Infinix has adopted Google’s Android One programme, which means that this smartphone runs pure stock Android. Carlcare, a customer support app, and XClub, a forum app from Infinix, are preinstalled. You also get the usual Google apps but we did not find any third-party bloatware. The Note 5 runs on Android 8.1 Oreo and was running the August security patch when we reviewed it. Unlike HMD Global, which has added a few useful gestures to its Android One smartphones, Infinix hasn’t customised anything.

While using the Note 5, we found the fingerprint scanner to be a little difficult to use. It would unlock at the first instance a few times, but it usually needed us to reposition our finger. Unlocking wasn't quick, but the experience is acceptable at this price point. We did not have any lag when using the smartphone, and it was capable of delivering a usable experience. Strangely, we had the Google app crashing once a day during our review period.

When we benchmarked the Infinix Note 5, it returned 83,908 points in AnTuTu, and 1,348 and 5,305 respectively in Geekbench's single-core and multi-core tests. It also scored 723 in 3DMark Slingshot and managed 19fps in GFXBench T-Rex. In our HD video loop test, the smartphone went on for 9 hours and 40 minutes. With our daily use consisting of an hour of navigation on Google Maps, an active WhatsApp account, and an hour of gaming, the phone let us end the day with close to 50 percent of its power remaining. 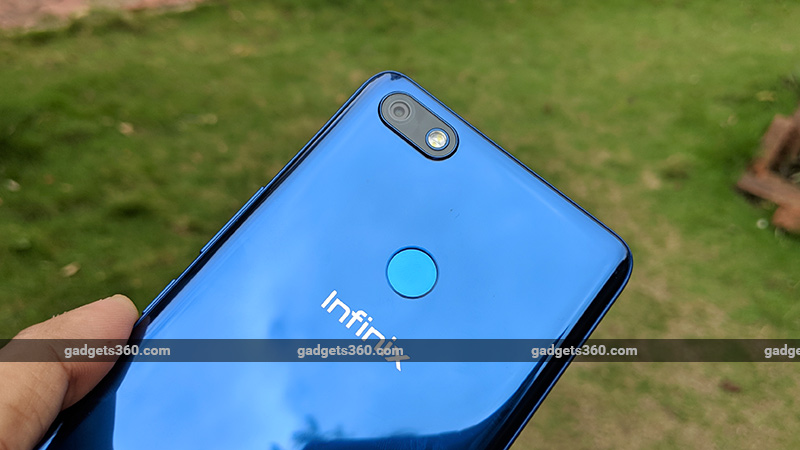 We played PUBG on the Infinix Note 5, and it defaulted to medium quality settings. We noticed stutters, and switching to the lowest setting gave us a playable framerate with only occasional frame drops. We observed a 12 percent battery level drop after playing PUBG for 50 minutes. The phone did get warm near the top when we played for extended durations, but it was not unbearable at any point. Infinix ships an 18W charger in the box that is quick to charge the phone. We were able to get up to 50 percent in 47 minutes, and to 100 percent in a little over 2 hours.

The Infinix Note 5 has a 12-megapixel camera at the back. Infinix has tweaked the stock Android camera app, and you get more features including Beauty, Portrait, Night, Panorama, and Professional modes. Infinix claims that the Note 5 uses AI for its camera but we did not see any indication of this in the viewfinder when taking photos. There is a manual toggle for HDR, and there are filters that you can apply before you take a shot. The camera has Google Lens integration which helps you identify what you are pointing at.

Photo quality with the Note 5 is average. Photos taken in daylight exhibited mixed results. Some had good amounts of detail while a few had lower detail in comparison. Colour reproduction was fairly accurate. The phone is quick to meter light but since it doesn’t have Auto HDR, you’ll need to toggle that manually. When shooting macros, the phone failed to focus on tiny objects. We had to tap to focus multiple times to get it to lock on to what we wanted. With portraits, the camera managed decent edge detection but did not blur the gaps between our subject's arms and body. Selfies taken with the Note 5 had good details but were oversaturated. Portrait mode for selfies did not have good edge detection. 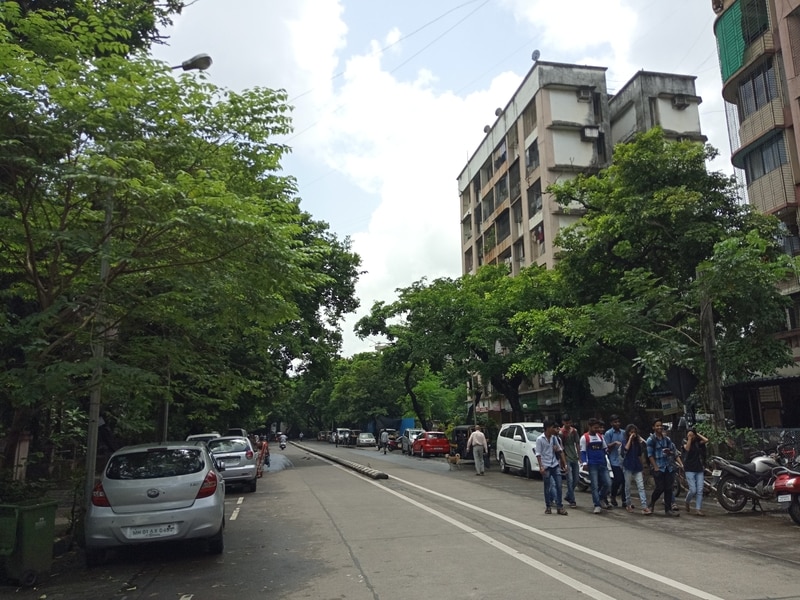 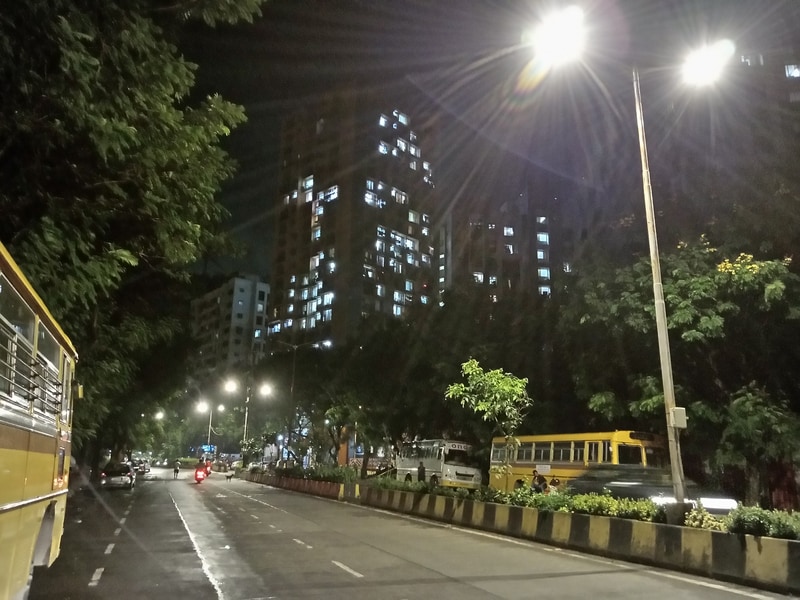 The camera performance took a hit in low light. It did not switch to night mode automatically and we had to do so manually. These shots look good as is, but zoom in to each one and you’ll notice a lack of detail. Video recording on the Note 5 maxes out at 1080p for both the front and the rear cameras. There is no stabilisation, so you’ll need to keep your hand steady while recording.

Verdict
The Note 5 is the first Android One smartphone from Infinix. It runs stock Android with guaranteed updates, and does not have bloatware. Like other Infinix smartphones, the Note 5 packs a high-quality display. The big 4500mAh battery offers good battery life, and the included quick charger helps top it up quickly. Camera performance is where the Infinix Note 5 delivers only average performance. Overall, this is a good phone for casual use and to enjoy content on. If you are a power user, the Helio P23 processor will feel inadequate, and you would be better off with devices such as the RealMe 1 (Review) or the Asus ZenFone Max Pro M1 (Review) instead.