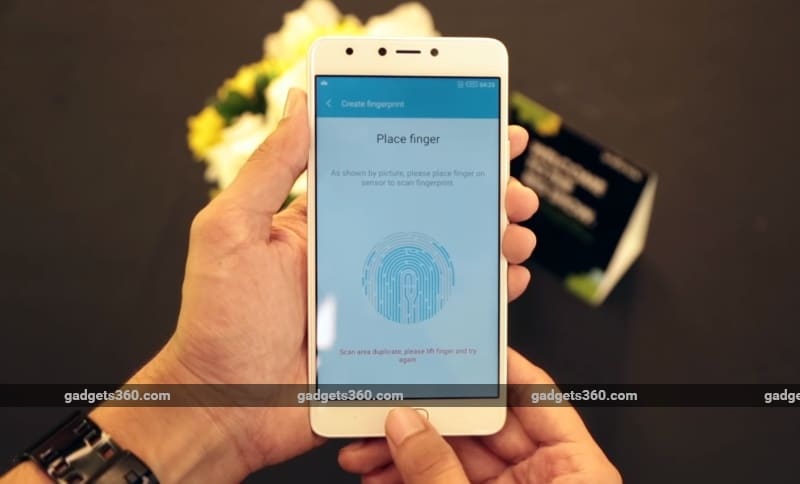 Chinese conglomerate Transsion Holdings enjoys a moderate foothold in India's mobile phone market through its Itel and Tecno brands, and it also recently entered a joint venture with Spice Mobility to expand its portfolio in the country. Now, the company's Infinix brand has made its debut here as well, with the launch of two budget smartphones - the Infinix Note 4 and the Infinix Hot 4 Pro. Both fall within the budget smartphone segment, with features that seem to match the current competition.

The Infinix Note 4 is priced at Rs. 8,999 while the Hot 4 Pro costs Rs. 7,499. Both smartphones will go on sale exclusively on Flipkart starting August 3, however at different times - 12 noon and 11:59pm respectively. We got to spend a brief time with both models at the company's launch event, and here are our first impressions.

When we first got our hands on the Infinix Note 4, it felt sturdy and well built. It features a plastic body with glossy metallic paint instead of a metal body, which seems a little disappointing for a device competing with the likes of the Xiaomi Redmi 4. It has a 5.7-inch full-HD display with 2.5D glass contoured around the front edges. We found that the display was bright enough for indoor use and there was also no difficulty with outdoor legibility. We could also use the phone one-handed without much difficulty.

Unlike most smartphones available today, the Infinix Note 4 has dual SIM slots (Micro+Micro) along with a separate microSD slot. To access them, the shiny back panel needs to be removed. We struggled with this a bit because it felt as though the back panel was going to get a crack. On the top of the phone, there is a 3.5mm audio jack, while the USB charging port and speaker grilles can be found at the bottom. The volume and power buttons are on the right, while the left side is blank. The fingerprint scanner is embedded into the home button at the front of the device.

The Infinix Note 4 gets its juice from a non-removable 4300mAh battery. Considering the size of this battery, the smartphone doesn't feel bulky at all. Under the hood, it is powered by a 1.3GHz octa-core Mediatek MT6753 SoC paired with 3GB of RAM. It has 32GB of storage with the option to expand that using a microSD slot (up to 128GB). It runs Infinix's own custom UI called XOS, based on Android 7.0 Nougat. During our brief time with the phone, we found that it was snappy and that apps opened quickly. However, there is a lot of bloatware on this smartphone. In addition to the usual Google apps there are a number of Chinese counterparts, which don't seem necessary in India.

There is nothing exceptional about the cameras. The Infinix Note 4 sports a 13-megapixel rear camera and an 8-megapixel front-facing one. There are LED flashes on both sides. We managed to take some indoor and outdoor photos with this phone and we found that photo quality was decent enough. Photos taken indoors seemed to have natural-looking colours but not very much detail, and unfortunately photos taken outdoors seemed a little overexposed. Videos looked good to us until we started panning the phone while recording, which caused lag. We were underwhelmed, but we will reserve our final opinion until we can conduct a full review.

The less costly model launched by Infinix is the Hot 4 Pro. This phone has run-of-the-mill looks for a device that costs Rs. 7,499. Competitors at this price level such as the Xiaomi Redmi 4A look better. The Hot 4 Pro has an all-plastic body with a glossy finish. It has its volume and power buttons on the right side, the 3.5mm audio jack the top, and the charging port at the bottom. One of the biggest highlights of the Hot 4 Pro is its Dirac-powered stereo surround speakers on the back. We could not really test the speakers at the noisy launch event, but this will be covered in our detailed review.

The Infinix Hot 4 Pro sports a 5.5-inch HD (720x1280) display. It also has dual SIM slots (Micro+Micro) along with a separate microSD slot, and its back panel also needs to be taken off to access them. It has a non-removable 4000mAh battery but is also light and easy to use with one hand. Performance-wise, Hot 4 Pro is very basic. It also runs XOS but this time based on the older Android 6.0 Marshmallow. Unsurprisingly, there's a lot of bloatware on this phone as well.

The Hot 4 Pro has a 13-megapixel camera on the rear and 5-megapixel one on the front. Image quality indoors and outdoors is again underwhelming and the samples we took lacked details. Photos also looked washed out at the edges. The camera app supports Professional, Beauty, and Normal modes for the front camera that somehow improve selfies. However, we suggest that you wait for our full review to see how the camera fares in a variety of conditions.

There is nothing particularly special about the Hot 4 Pro, and it remains to be seen whether it will be able to stand out against its rivals.

Conclusion
The Infinix Note 4 and Hot 4 Pro have been launched in a price range that is dominated by stalwarts including the Redmi 4, Redmi 4A, and Moto E4 Plus. Battery life could be a significant USP, but batteries this size are becoming more common. We will have to see if the features that Infinix is offering can tempt Indian consumers. Stay tuned to Gadgets 360 for our in-depth reviews of the Note 4 and Hot 4 Pro where we examine their performance, build quality, camera quality, and battery life in detail.

Google Says Its Robots Identify Extremist Content on YouTube Better Than Humans
111.45 Crores Worth of Digital Payment Transactions Made in May 2017: Chaudhary