It's been about a year since smartphone brand Infinix came to India. As an online-only player, it has dished out some pretty interesting offerings so far, the most recent being the Infinix Hot S3 (Review), which also won a coveted spot in our list of best phones under Rs. 10,000.

That particular segment is already pretty crowded, with Xiaomi pretty much dominating it. Infinix now has a new model called the Hot 6 Pro, which targets users who are looking for a large display to enjoy content on. It’s priced pretty aggressively at Rs. 7,999, which pits it right against the Xiaomi Redmi 5 (Review). Big display aside, is the Hot 6 Pro a good all-rounder? We review to find out.

Inifinix sent us a Sandstone Black unit of the Hot 6, which looks really slick. The matte finish of the back offers a good grip, and doesn’t attract fingerprints too much. It also contrasts well with the 2.5D curved-edge display. The Hot 6 Pro is available in Magic Gold and Bordeaux Red colour options as well. 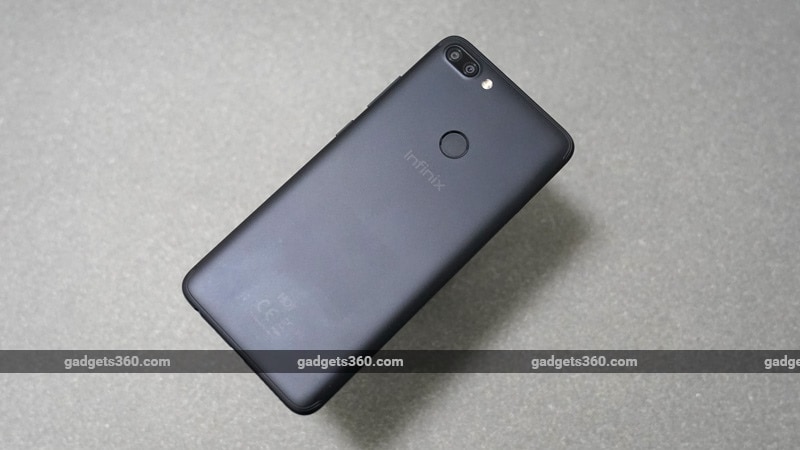 The Infinix Hot 6 Pro feels fairly light at 158g, with good weight distribution across the entire body. The sides aren’t very slim but that means there's more surface area to grip the phone. The highlight of the phone is of course the display, which measures 5.99 inches diagonally and has an HD+ resolution (720x1440). The display follows the 18:9 aspect ratio, so it's taller with slim borders on the left and right. The screen is bright with a claimed brightness of 500 nits, and colours are vivid and punchy. Text and the edges of icons aren’t the sharpest since the pixel density is only around 268ppi. There’s scratch resistant glass too, by NEG.

The power button on the Infinix Hot 6 Pro has a textured surface, making it easy to distinguish it from the volume rocker. There’s a notification LED near the earpiece. On the bottom there's a 3.5mm headphones socket, a Micro-USB port, and a mono speaker. There’s a SIM tray on the left which supports two Nano-SIM cards and a separate microSD card (of up to 128GB).

The back of the Infinix Hot 6 Pro is not removable, even though the design seems to suggest otherwise. There’s a centre-mounted fingerprint sensor which is easy to reach, although authentication isn’t very quick and it takes a full second (or a bit more) before the screen actually wakes up. Infinix offers dual cameras at the back, which is something we don’t see too often in this segment. The cameras are horizontally aligned and sit nearly flush with the rest of the body.

In the box, you get the usual assortment of accessories such as a Micro-USB cable, power adapter, case, screen guard, and SIM eject tool, but no headset. The guts of the Hot 6 Pro are based around the Qualcomm Snapdragon 425 mobile platform, and herein lies one of the biggest issues with this phone. This quad-core SoC is typically found in lower-budget Android phones and is simply no match for what the competition is offering these days. Xiaomi’s Redmi 5 gives you a Snapdragon 450. Other specifications of the Infinix Hot 6 Pro include 3GB of RAM, 32GB of storage, single-band Wi-Fi 802.11 b/g/n, Bluetooth 4.1, USB-OTG, FM radio, and proximity, compass, Hall and ambient light sensors.

Infinix uses its own custom OS skin called Hummingbird XOS v3.2, which is based on Android 8 Oreo. There’s a fairly recent May 2018 security patch applied too. The custom OS looks quite different from stock Android but thankfully, Inifnix hasn’t messed with the functionality too much. For instance, the notifications shade and quick toggle switches can be accessed from the top; a swipe up opens the app drawer; and it’s easy to find what you’re looking for in the Settings app. 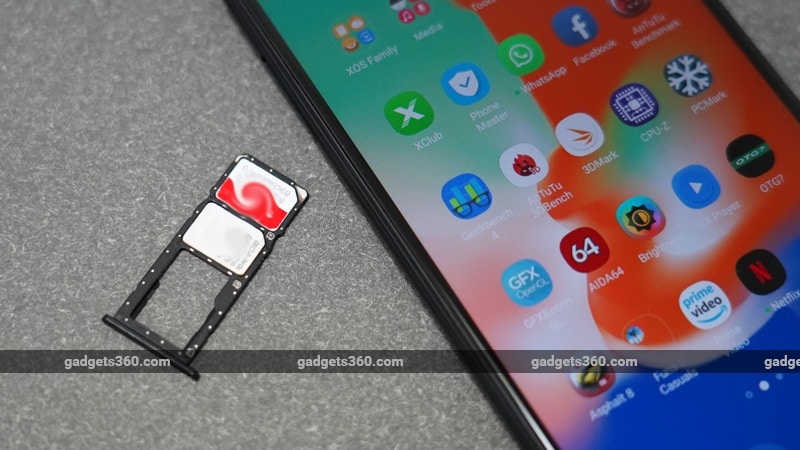 The Infinix Hot 6 Pro also has some extra apps: a Web browser, a forum app, a 9Gag-style video app, etc, that come pre-loaded and aren't particularly useful, but you can uninstall most of them. XOS also includes some convenience features including a one-handed mode, screen recording, scrolling screenshots, and a Game DnD mode. There isn’t much in terms of gestures as you only get double-tap-to-wake, 3-finger screenshot, and the ability to silence the phone by flipping it over. There’s something called eye-care mode, which is essentially a toggle for Android’s night mode.

The Infinix Hot 6 Pro comes with face recognition support for unlocking the phone, but it’s slow and only works under good lighting. If the light isn’t ideal, it simply refuses to work well, and even the fill light from the front LED flash doesn’t help much.

The interface runs quite smoothly most of the time, even with various transition animations. There’s some lag when you’re switching between apps, and scrolling through heavy webpages in Chrome can get jerky.  Overall, the performance is strictly average and this reflects in benchmarks too. In AnTuTu, we got a score of 44,681, while in gaming benchmarks such as GFXbench’s T-Rex test, we got a frame rate of only 13fps.

Apps take a little longer to load than usual, especially games. We tried popular titles such as Asphalt 8 and PUBG, but the experience wasn’t great. The games automatically dropped graphical details to the lowest settings, and even then, the frame rates felt a bit choppy.

However, Infinix has a clear focus for the Hot 6 Pro which seems to be watching videos, and in this regard, it does a decent job. The display is bright and produces saturated colours. It looks good even outdoors under bright light. It can handle 1080p video playback well. Videos streamed from Prime Video and Netflix at high quality looked good, but weren't as sharp as we would have liked. This cannot be helped though, due to the relatively large display and low pixel count. The speaker gets quite loud and dialogue is audible but bass is lacking and and the mid-range isn't very clear. But the placement of the speaker grille is an issue because your hands may end up blocking it when you hold the phone horizontally.

The Infinix Hot 6 Pro features a 13-megapixel primary sensor and a secondary 2-megapixel depth sensor on its rear. Focusing is fairly quick when light is good, but we had better results when we tapped to focus manually rather than leaving that up to the software. Even taking into account the slightly overcast outdoor conditions during our review period, the pictures we were able to capture weren't very good.

The details of nearby objects in landscape shots were alright, but pretty much everything else had grainy details, blurry edges, and subdued colours. HDR mode has to be triggered manually and the result was often terrible. Macros weren't much better either, lacking sharpness and detail. There's a portrait mode but despite the depth sensor, edge detection often missed the mark. 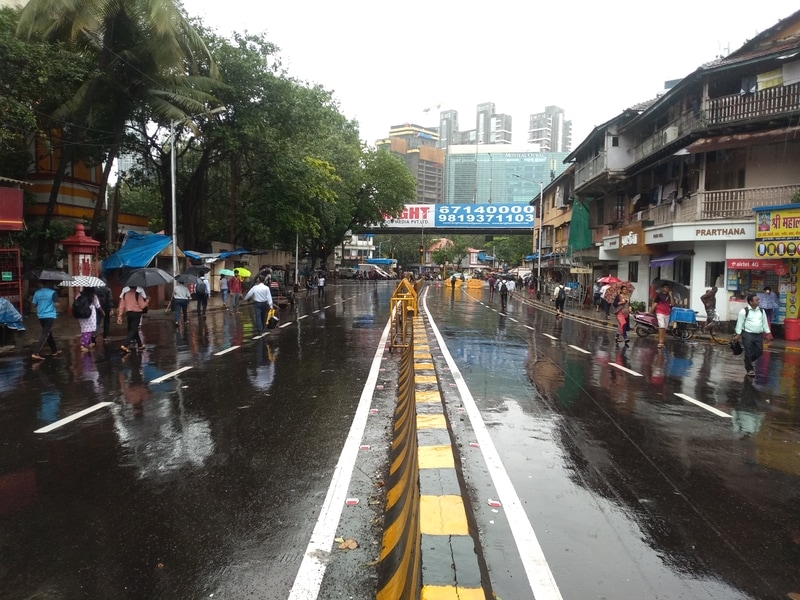 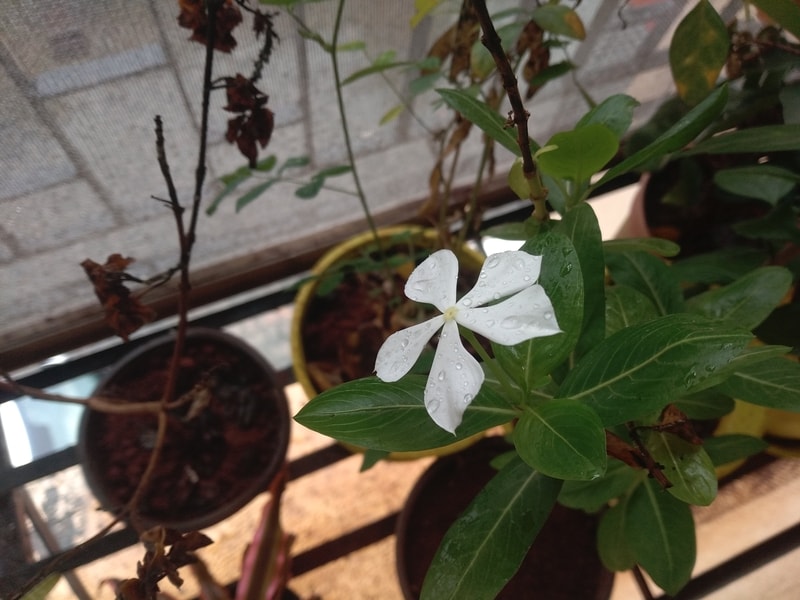 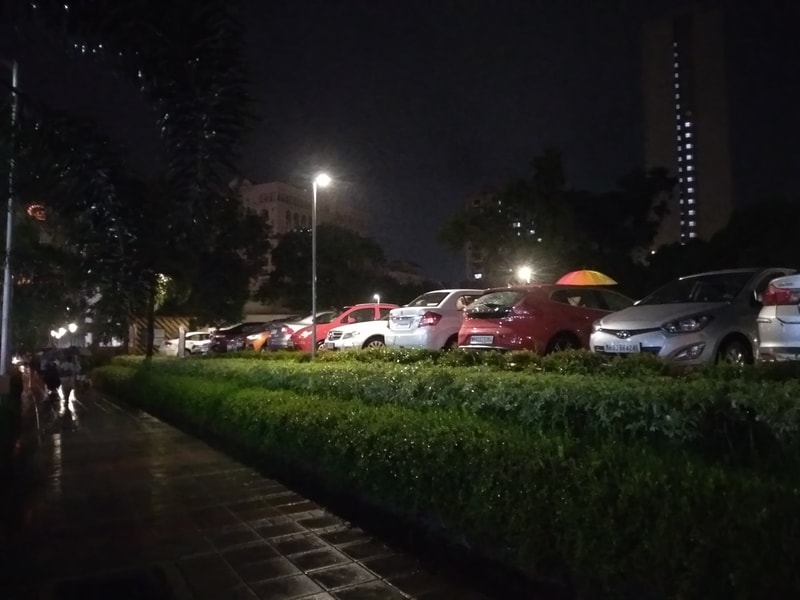 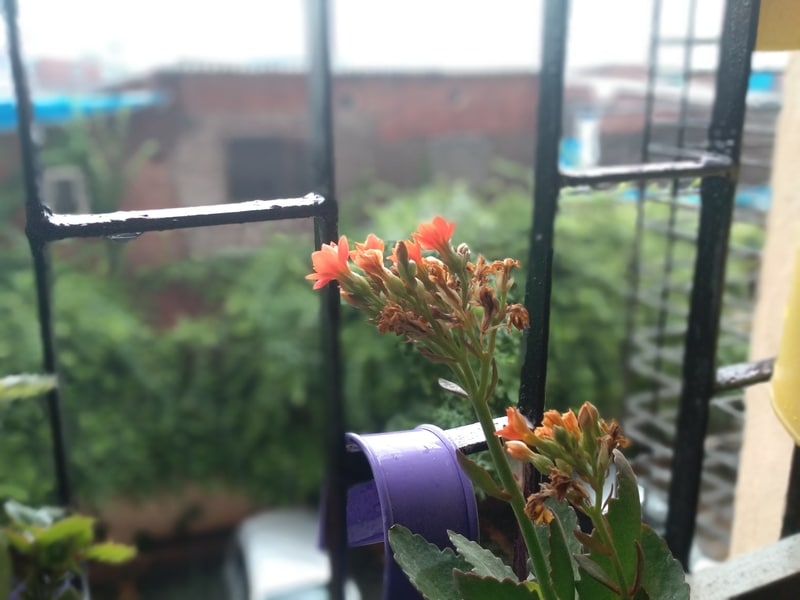 In low light, the camera hunts for focus and doesn’t lock on very easily. Images mostly turned out grainy and under-exposed. The phone has a 5-megapixel front camera, which surprisingly shoots 1080p video, but the quality of stills and video was strictly average. You get a fill light in the front, which is of some help in the dark. Other shooting modes include panorama, time-lapse, and a professional mode that lets you change the shutter speed, white balance, etc.

The Infinix Hot 6 Pro packs in a 4000mAh battery, which typically gave us a full day’s worth of usage on one charge. Oddly, it didn’t fare too well in our internal battery test, lasting for just 7 hours and 25 minutes with continuous video playback. With the bundled 6W charger and even with our own higher powered ones, it took nearly three and half hours to fully charge this phone.

Verdict
Infinix might have some gems in its portfolio but the Hot 6 Pro doesn't look like one of them. With all the focus on delivering a large display, the company seems to have neglected other aspects of the phone. The main issue is the SoC, which simply doesn’t cut it at this price anymore. The cameras are underwhelming, security features like face and fingerprint recognition feel sluggish, and battery life, while decent, could have been better for video consumption.

For Rs. 1,000 more, you can get the Xiaomi Redmi 5 (Review) or even the Infinix Hot S3 (Review), which offer much better all-round performance.