The name iBall will be familiar to pretty much any Indian who has bought or used a PC in the last decade or so. The company's keyboards, mice, webcams and speakers are extremely popular thanks to their low prices, even if they aren't exactly known for the highest standards of quality. The number of product categories offered by the company has grown over the years, and it has of course jumped into the Android smartphone and tablet space.

iBall's phones are much like the rest of its products - blinged out and budget-friendly. The Andi 5K Panther is priced pretty low and has quite a few interesting features to boast of. Can it find a place for itself in the market, or will it be drowned out by its competition? 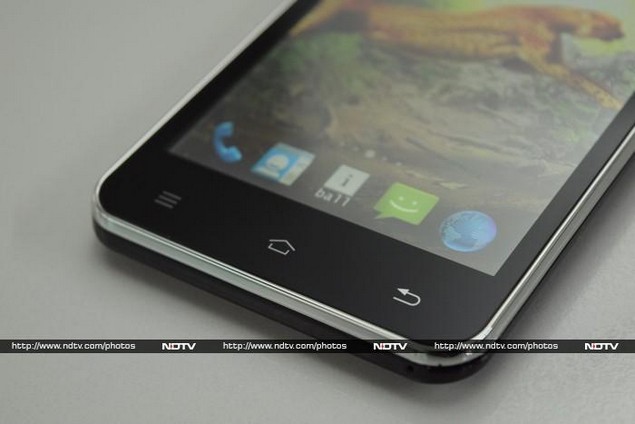 Look and feel
The Panther stands out thanks to its thick silver rim and accents. The three capacitive buttons aren't backlit, and are thus always visible. The earpiece is like the one on any Samsung phone, but other than that, the Panther has the unmistakable vibe of the iPhone 3G when seen head-on.

The Micro-USB port and 3.5mm socket are both on top, along with the power button. It isn't common to find the power button here on larger phones these days, and in this case it's a bit too shallow and inset to be comfortable. The volume buttons are on the upper left edge. 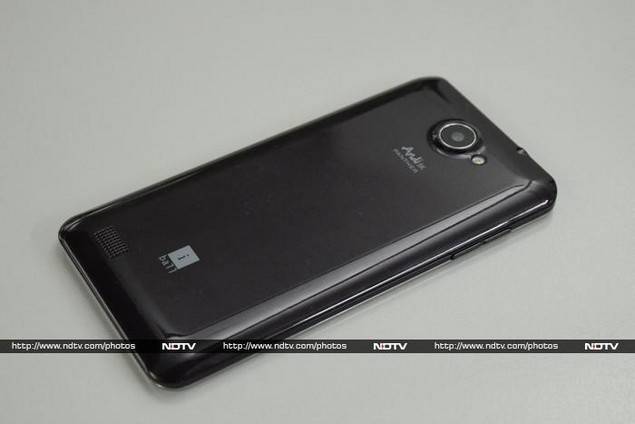 The rear panel is an uncommon burgundy colour with a metallic finish, which actually looks quite unique (iBall calls the colour "wine", and the Panther is also available in "milky silver"). There's a large round protrusion to house the camera, but the phone is otherwise quite unremarkable. The rear shell pops off to reveal a removable battery, two regular-sized SIM card slots and a Micro-SD card tray. You'll need to remove the battery in order to swap SIM cards, but the Micro-SD tray is accessible either way.

The Panther is a bit bulky and isn't very easy to use with just one hand, thanks to its blunt corners and thick frame. The rear panel is also a bit slippery. The capacitive buttons do not produce a vibration when touched, which is something we now take for granted on all devices. 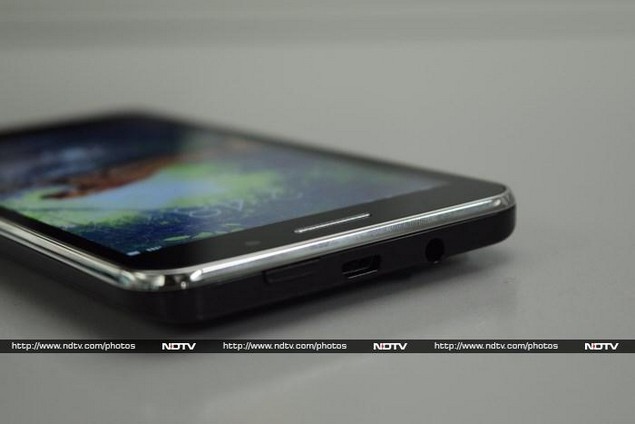 Specifications and software
The iBall Andi 5K Panther might be one of the cheapest phones with an octa-core processor. It's our old friend, the MediaTek MT6592, but in this case it runs at only 1.4GHz. Graphics are handled by an integrated Mali -450MP GPU, and there's 1GB of RAM alongside. The phone claims to have 8GB of internal storage, but this is awkwardly partitioned, and barely 2GB is available to the user. Thankfully, microSD cards up to 32GB in capacity are supported.

The screen is a lowly qHD (960x540-pixel) panel, which is disappointing for a 5-incher. Still, considering this phone's price and the rest of its configuration, this seems like the tradeoff we have to make. The screen is definitely below par - it's blurry, and colours seem to shift when you look at it from different angles.

Basic connectivity standards are up to date, so you get Wi-Fi b/g/n and Bluetooth 4.0. The handset supports USB-OTG, tethering, and Wi-Fi direct. However, don't expect anything beyond that. 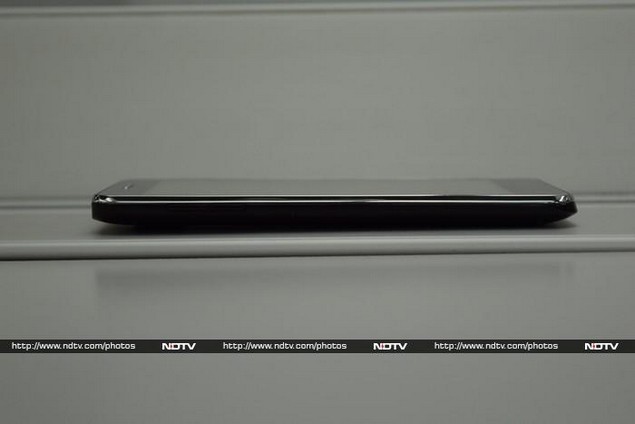 You get a flimsy headset, charger and USB cable in the box with the Panther. The charger that came with our test unit appeared to have a grounding problem which made the touchscreen digitiser go haywire when the phone was plugged in.

One of the Panther's biggest draws is the fact that it comes running Android 4.4.2. We aren't fans of iBall's implementation though. The first customisation you'll notice is that the unlock control on the lock screen has been replaced with an iBall logo. There are no shortcuts at all - not even to the camera - which is a bit surprising. We have to make a special mention of the truly awful default wallpaper, which features a crudely drawn cheetah - a species not related at all to any kind of panther.

iBall didn't bother updating its hardware design for Kitkat, so there's still a useless Menu button where the Recents button should be. The homescreens are all blank - there isn't a single widget other than the compulsory Google search field - not even a clock. The app drawer shortcut on the homescreens has also been replaced by a logo, and there aren't even any shortcuts other than the most basic ones in the dock. 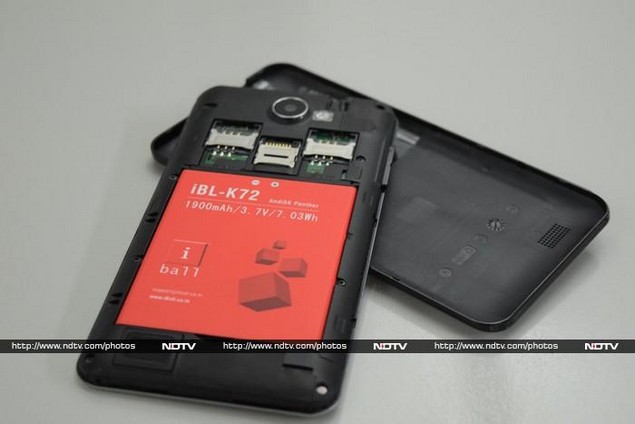 Anyone who knows his or her way around Android will be able to fix these little annoyances, but considering the device's target market, we wish iBall had paid more attention to detail.

There are quite a few preloaded apps in addition to the regular Google selection - Bookmyshow, Trend Micro Dr Safety, Facebook, Flipkart, Hungama, OLX, Opera Mini, Quickr, WeChat and Whatsapp are the more recognisable names. There's also a shortcut labelled 'Kamaal Dhamaal' which is nothing but a link to a website which offers assorted wallpapers, ringtones and video clips for download. Finally, there's also Eyewatch Basic, a crude-looking app which stores emergency contacts and lets you call them, deliver your GPS coordinates and record audio and video in case of an emergency. 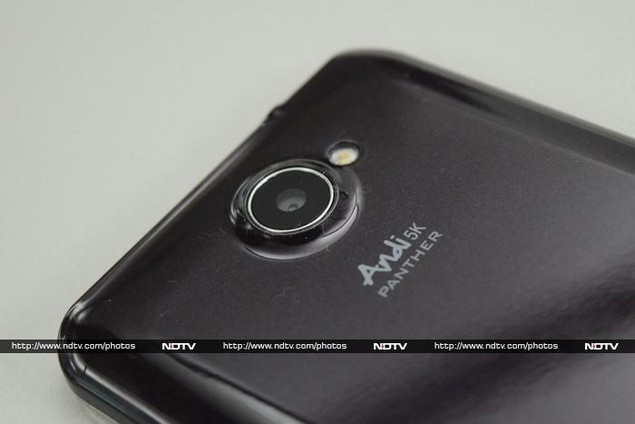 Camera
We were pleasantly surprised by the Panther's camera. Shots were generally grainy and noisy when seen at full size, but they're actually quite good on any normal screen. Even in low light, the Panther managed to produce decent enough results for a quick Facebook post now and then.

You'll have to deal with considerable shutter lag and autofocus delays, but then again, this is a very affordable phone. We were mostly happy with the colour reproduction and levels of detail in our test shots. Videos were okay, but nothing special. The phone's camera interface is just bare-basic Android. There is an HDR mode, a self timer, continuous shooting, and face detection. For some reason, all our test photos had hideous blue timestamps in their upper left corners - we noticed only too late that this option is enabled by default. 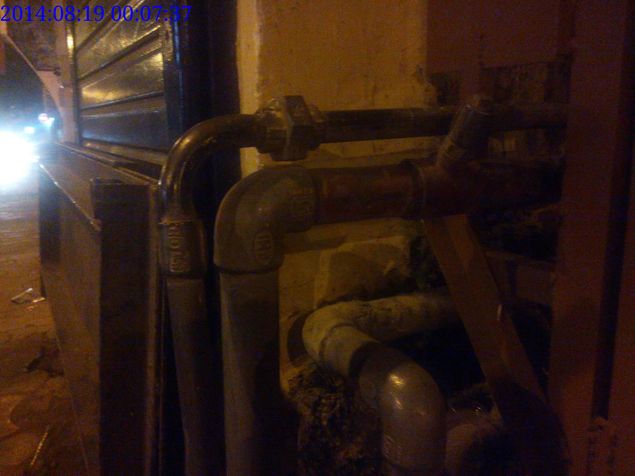 Performance
The Andi 5K Panther is pretty snappy in day-to-day use. We didn't face any stuttering or slowdowns in our time using it. There were other usability issues though. For example, several apps which are perfectly well behaved on hundreds of other phones kept on asking for the same permissions over and over again. Checking the 'Do not remind again' box didn't seem to matter.

Benchmark scores were pretty high all around - we had to remind ourselves how low this phone is priced, because its scores were only poorer than those of the Karbonn Titanium Octane Plus (review|photos) another octa-core phone with a slightly higher price and beefier specifications. 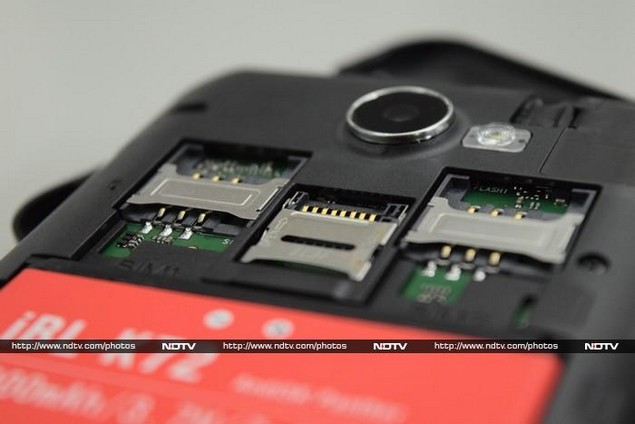 We achieved 23,819 and 14,347 in AnTuTu and Quadrant, respectively. These numbers mean the Panther edges out even our current favourite budget offering, the Asus Zenfone 5 (review|photos). Graphics scores weren't too exciting, with 15.5fps in GFXbench and 6,379 in 3DMark Ice Storm. These numbers were probably boosted by the fact that the screen has such a low resolution - the Zenfone comes out ahead even with its 720p screen.

We had trouble playing heavily encoded video clips, but our lighter 1080p clips did work. Sound wasn't lound enough, and there was another strange problem: whenever any sound was played, an odd hiss started coming from the phone's speaker or any headphones we used. This happened even when volume was all the way down, and persisted until the app playing the sound was quit. Needless to say, this was incredibly annoying. By the way, the bundled headset is probably the worst we've ever had to endure and we would never voluntarily use it for listening to music.

The battery lasted a relatively decent 5 hours, 32 minutes in our video loop test. We weren't expecting this much, but again, the low-resolution screen allowed for considerable power savings. On the other hand, the phone seemed to take forever to charge. Call quality was just about okay. Verdict
The iBall Andi 5K Panther is an impressive and surprising phone considering its price, but its features and specifications are highly unbalanced. The processor is strong, but the screen is weak, which means you never get to really enjoy what this phone might be capable of, other than really smooth menu navigation. Overall, the number and variety of usability issues we encountered prevent us from being enthusiastic about it - the cons just outweigh the pros.

As we've said dozens of times in the recent past, it's a crowded and fiercely competitive market with no dearth of options for buyers at any price point. The Asus Zenfone 5 is a better choice at the same price, and is much more polished and therefore easier to use. If you can invest a little more money (and have enough patience to deal with Flipkart's lottery process), the Xiaomi Mi 3 (review|photos) is better on every count.

Noke is a Bluetooth Padlock You Can Take Anywhere
Beyond Mugs: Personalised Gifting Gains a Foothold in India