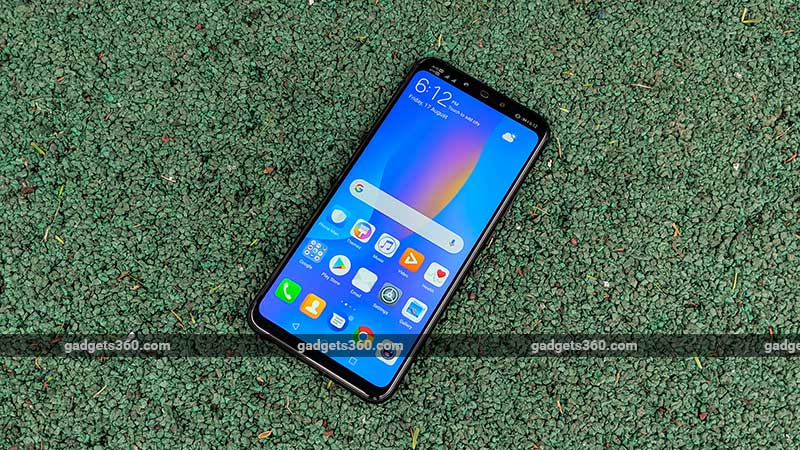 Huawei is a popular smartphone brand around the world but we haven’t seen a big presence here in India. One of the main reasons for this has been the company's focus on promoting its sub-brand Honor in the Indian market. Now that Honor has made a mark for itself in the market, Huawei seems to have started improving its own presence.

The Chinese smartphone maker recently launched its flagship device, the Huawei P20 Pro (Review), which managed to impress us with its camera performance. Following that it launched the Nova 3 (Review) and the Nova 3i, bringing in its Nova series to cater to more price-conscious buyers. While the Nova 3 goes up against the likes of the OnePlus 6 (Review) and Asus Zenfone 5Z (Review), the Nova 3i is priced at Rs. 20,990 where it faces a lot more competition. Can this affordable Huawei device stand up against the competition? We put it to the test.

Smartphone manufacturers are now opting for premium materials even in the mid-range segment. While most devices in this price range sport metal unibodies, the Huawei Nova 3i is among the rare few to have a glass back. This gives it a premium look and feel, and we wouldn’t be surprised if you mistake it for one of its more expensive siblings. The frame and buttons are made of metal, adding to the overall impression of quality of this smartphone. All the buttons are on the right and offer good feedback. The power button placement is convenient, but the volume buttons need you to shuffle the phone in the hand.

The left side of the phone has the SIM tray. You can see antenna lines running along the side and the bottom, along with a Micro-USB port, a headphone jack, and a speaker grille. The top of the device only has the secondary microphone. At the front, the 6.3-inch display has a notch at the top which houses the dual-camera setup and the earpiece.

Turn the phone around and you’ll notice the rear dual camera module which protrudes a little. It isn’t as bad as the one on the Xiaomi Mi A2 (Review), but it’s enough to make this phone rock when placed on a flat surface. The glass back picks up fingerprints easily so you can put the case supplied in the box to use. Huawei has positioned the fingerprint scanner on the back in such a way that it’s easy to reach when holding the phone.

The Nova 3i weighs 169g and comes in two colour variants, Black and Iris Purple. While the Black review unit we had looked understated, we like the Iris Purple finish since it looks unique.

Like most other Huawei and Honor devices, the Nova 3i is powered by an in-house processor. The Huawei Kirin 710 SoC makes its debut with this smartphone. It is an octa-core processor with four ARM Cortex-A73 cores clocked at 2.2GHz, and four Cortex-A53 cores clocked at 1.7GHz. There is 4GB of RAM and 128GB of internal storage, which can be expanded using a microSD card in the hybrid SIM slot. The phone has a 6.3-inch display with full-HD+ resolution. It has decent viewing angles and is legible outdoors. However, Huawei hasn’t stated whether there is any form of protection for the display.

The Nova 3i is a dual-SIM device and has support for dual 4G and VoLTE. It can also automatically forward incoming calls on the inactive SIM to the active one if you’re on a call. You get support for Bluetooth 4.2, WiFi 802.11 b/g/n, a Micro-USB port, and a 3.5mm headphone jack. Huawei has opted for a 3340mAh non-removable battery for the Nova 3i, and ships a 10W charger in the box.

In terms of software, the Huawei Nova 3i runs Android 8.1 Oreo with Huawei’s custom EMUI 8.2 on top. There are multiple modifications to the stock Oreo interface. Install apps and they all show up on the homescreen. This UI has support for themes to let you customise your phone. Huawei has preinstalled quite a few apps which includes Google apps, Facebook, Messenger, and a couple of games. An app called Party Mode lets you sync music between different smartphones. Ride Mode lets you manage calls while driving. You can set it to answer calls with your voice or decline them automatically. It also disables Bluetooth and the headset, and answers call in loudspeaker mode. We found this feature to be helpful while driving, but not while riding a bike.

Like several other smartphones with tall screens, you have the option to switch to gesture navigation. This needs some time to get used to. There’s also a face recognition feature that uses the selfie camera to scan your face and unlock the smartphone. It isn’t the fastest we have used, and we preferred unlocking the phone using the fingerprint scanner.

There are features like Voice control and Motion Control that help you interact with the phone using gestures. HiTouch is a visual assistant that comes built-in, and lets you quickly search for products by holding down two fingers on the screen. This feature uses the Amazon Assistant which you’ll need to install from the Play Store. It was also available on the Huawei Nova 3, and we got similar results when using it on the Nova 3i.

Normal operations such as scrolling through the homescreens and menus are smooth. Thanks to the 4GB of RAM, the phone does not kill apps in the background saving some reload times and making it easier to multitask. We played Asphalt 9: Legends and PUBG, which fine without issues at their default settings. PUBG is set to Medium graphics by default and was playable. We bumped it up to High and found it to be a little choppy but playable. Asphalt 9 had good graphics at the default setting and did stutter. We observed that the phone tended to heat up when we started gaming on it, and got hot to the touch as we kept playing.

In our HD video loop, test the phone went on for 10 hours and 42 minutes which is less than the Xiaomi Redmi Note 5 Pro (Review) managed. The Nova 3i did seem to keep idle battery drain quite low, and there are multiple battery saving modes as well as a smart resolution option that lowers the screen resolution to HD+. With our usage which consisted of active WhatsApp account, playing PUBG and Asphalt 9, and an hour of navigation, we were still left with some power at the end of a full day.

Huawei boasts of AI camera features on the Nova 3i. The camera app is completely redesigned and is similar to what we saw on the Nova 3. It has Aperture, Portrait, AR Lens, Panorama, and Pro modes among others to choose from, and you can download more. You also get toggles for AI, Moving picture, and a Google Lens-like feature called Visual Shopping, just like the Nova 3 that is powered by the Amazon Assistant.

We shot photos with the AI mode enabled and saw that it could detect what the camera is pointed towards and adjust parameters accordingly. When shooting plants, we saw that the AI mode boosted greens aggressively making them look artificial. In daylight, the camera was quick to focus and meter light correctly. Shots had good detail and colour reproduction, but there was aggressive post-processing when AI was enabled. This led to the edges of objects being slightly distorted. Macros were good and the phone managed good separation between the subject and the background. Here too, the post-processing made shots pop, but at a cost of details.

In low light, the Nova 3i switches to Night mode automatically and keeps the shutter open longer to capture more light. Photos captured with AI had better details compared to those shot without. The camera app also sharpend every low-light photo before saving it. The shots appeared good at first, but we noticed a lack in detail after zooming in. The aggressive noise reduction also caused images to lose sharpness. Portrait shooting mode puts the secondary sensor to use to get a nice bokeh effect. The app also has an aperture mode that you can use to simulate different apertures. Photos had good edge detection and the camera managed good separation without making shots look artificial.

The 24-megapixel front camera takes good selfies in different light conditions. The Nova 3i doesn’t have a selfie light or flash, and uses a screen flash instead. Beautification mode helps deliver a smooth output and you can set the level of beautification. In Portrait mode you can enable and adjust the level of bokeh. There’s a 3D lighting mode just like on the iPhone X (Review), which lets you change lighting. An HDR Pro toggle for the selfie camera prevents bright backgrounds from being overexposed. We took some shots outdoors with HDR Pro enabled and it worked quite well.

The AR Lens feature lets you use 3D AR objects with the rear camera or use effects and backgrounds with the selfie camera. 3D Qmoji is similar to Apple’s Animoji feature. You have six different characters that mimic your head movements, but aren’t as accurate as Animojis. Video recording maxes out at 1080p and you can record in 30fps or 60fps, but this phone lacks stabilisation, which results in shaky footage. The Nova 3i is also capable of 480fps super-slow-mo capture.

Verdict
The Nova 3i is Huawei’s first step into the budget segment, in which its sub-brand Honor has been fairly popular. The Nova 3i competes in the same price range as the Oppo F7 (Review) and the Vivo V9 (Review) but feels premium compared to them thanks to its glass and metal body. However, it also has to go up against the Honor Play (Review) which has gained popularity for offering the powerful Kirin 970 SoC in the sub Rs. 20,000 segment.

While the Nova 3i offers better performance than its competition from Oppo and Vivo, its sibling isn’t an easy device to take down. The Honor Play offers higher performance and is a better option for gamers. With the recently launched Poco F1 (Review) and the Nokia 6.1 Plus (Review), things have changed in the sub Rs. 20,000 segment. The Nokia 6.1 Plus is powered by the Snapdragon 636 processor, offers similar build quality as the Nova 3i, and runs stock Android, at a much lower price. The Poco F1, on the other hand, has a much more powerful Snapdragon 845 processor and a big 4000mAh battery. Xiaomi has priced the Poco F1 quite aggressively, making the Nova 3i and all other phones at this price look less appealing, but you'll have to deal with flash sales.