HTC Desire 820: Hands On With the New 64-Bit Octa-Core Smartphone

HTC might not be a dominant player in the Indian market right now, but it has been making some inroads in the mid-range segment with its Desire range of smartphones.

Now, the HTC Desire 820 has been launched in India alongside its "lite" variant, the Desire 820q, and the Desire 816G, which is a new variant of the popular Desire 816 minus the LTE support. Unfortunately, the company will not be revealing the price of the new Desire 820 until the device goes on sale in early November.

HTC stresses that the Desire 820 is its top model in the Desire family, and so its main highlight is the octa-core, 64-bit Qualcomm processor with integrated LTE modem.

We had just about enough time to get a basic feel of what HTC's new Desire 820 offers at the Delhi launch event. We'll have even more detailed coverage and formal review of the smartphone soon.

Build, design and display
At first glance, the white Desire 820 that we played with looked very similar to the Desire 816 (Review | Pictures), and it sports the same plastic body.

HTC has adapted its One series design philosophy for the higher-end Desire 820 and 816 smartphones, both of which feature thin bezels around their LCD screens and dual front-firing speakers above and below the screen.

The curved edges of the Desire 820 give it a good overall feel and make it easy to hold.At 155 grams, it is lighter than the Desire 816 (165 grams). The new Desire handset is long and wide like its predecessor, which can be put down to the large screen. The power button has been moved to the right panel, where it is accompanied by the volume rocker. The left panel has a flap covering the two Nano-SIM slots and the microSD slot.

The Desire 820, much like the Desire 816, features a 5.5-inch HD (720x1280-pixel) LCD display. In our limited time with the phone, colours looked vibrant and were reproduced well.Viewing angles were not a problem either. Typing on the 5.5-inch touchscreen of the Desire 820 should not be a problem for people, especially those with bigger palms.

Specifications and performance
The most unique feature of the HTC Desire 820 is its 64-bit octa-core Qualcomm Snapdragon 615 SoC that has integrated 4G LTE. The 16GB of internal storage space on the Desire 820 is expandable by up to 128GB using a microSD card. 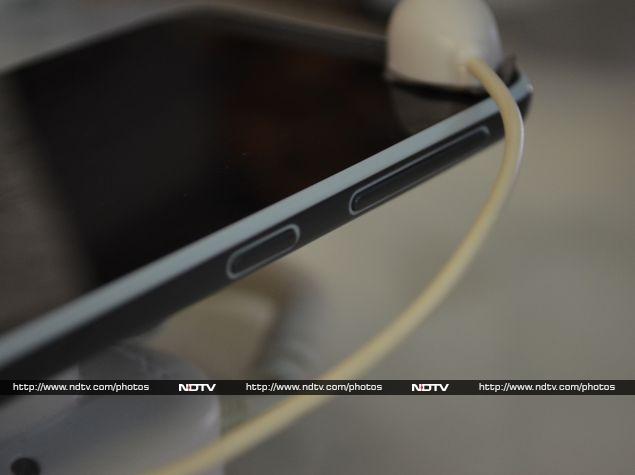 In our limited testing, the Desire 820 easily handled everything we threw at it, and did not lag while launching and switching between apps, or scrolling through Web pages.

While we didn't get a chance to run benchmarks on the Desire 820 at the event, you can expect to read more about the smartphone's 64-bit octa-core processor when we review it.

Camera and software
The Desire 820 sports a 13-megapixel rear camera with an f/2.2 aperture, LED flash and BSI sensor, as well as an 8-megapixel front camera.

The rear camera comes with features such as geo-tagging, touch focus, face detection, HDR, HD video and image recording. The rear camera can record 1080p videos at 30fps, while the front camera can also record 720p videos at 60fps. In our limited time with the device, photos taken with both cameras looked impressive in both well-lit and low-light conditions. 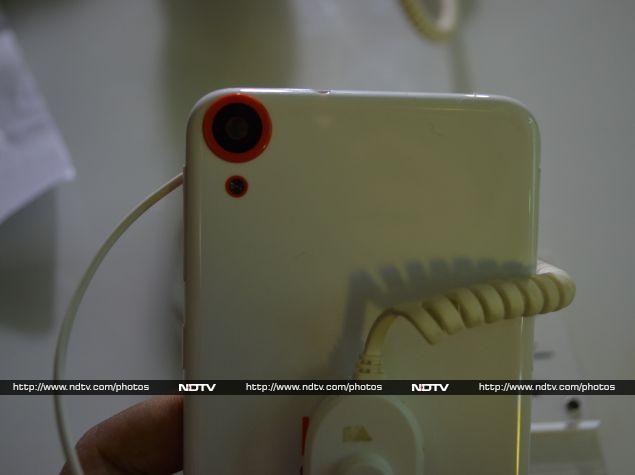 HTC is also positioning the Desire 820 as an ideal device for taking selfies with. It has a feature that lest you merges your image with someone else's; Live Makeup, which allows you to set the level of skin smoothing before taking a photo, and Photo Booth, which arranges multiple moments into a single image. 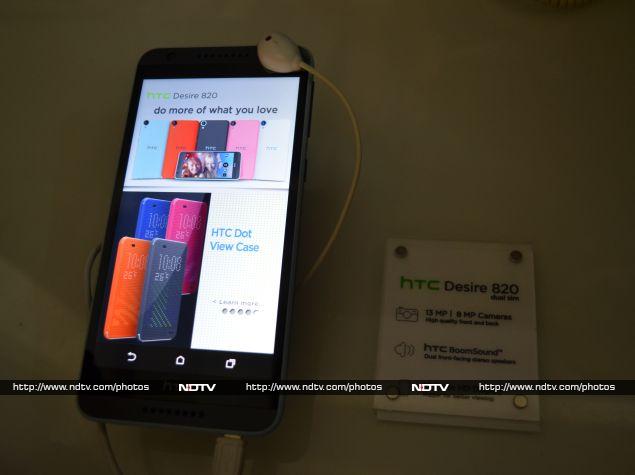 The Desire 820 runs Android 4.4.2 KitKat with HTC's Sense 6 UI, which first debuted on the HTC One (M8). The interface on the new smartphone looked identical to the software running on the company's flagship. It comes with software customisations including BlinkFeed and Zoe.

Final words
The HTC Desire 820 is an incremental upgrade to the Desire 816. It will be quite impressive for a mid-range phone if priced between Rs. 25,000 and 30,000. The company has announced that it will go on sale in early November, and the price will only be known then. We will wait for the price to be confirmed before making any comments about value for money.

Martian Notifier Smartwatch up for Pre-Order via Flipkart at Rs. 9,999
iPhone 6 Plus Bending in Pocket, Some Users Report