Many reports are now suggesting that the sales of the HTC One M8 and the Desire 816 are helping to revive the Taiwanese phone company's declining fortunes. Latching on to this positive outlook, HTC announced the Desire 616 Dual SIM along with the One (E8).

The HTC Desire 616 Dual SIM is the company's great hope in the sub-20k market, and to keep costs low, HTC has opted for a MediaTek processor to it. The Desire 616 Dual SIM was launched at a price of Rs. 16,990, which looked like a good bargain at that time. However, there has been a sudden tectonic shift in the smartphone market created by Xiaomi and Asus. With powerful new competition and cutthroat pricing to deal with, HTC will have to do a lot of work in order to stay relevant. 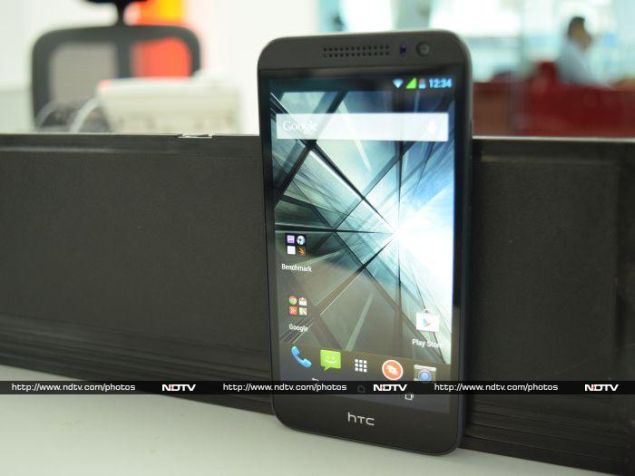 Look and Feel
HTC's smartphone designs of late have followed a trend which started with the One (M7) (review). The HTC Desire 616 Dual SIM adheres to this design language but changes things around a bit, though we don't think it works favourably this time. The Desire 616 Dual SIM is made entirely of plastic and its glossy back looks cheap. There is a good looking strip of matte plastic above the screen which continues around the device's sides; a design cue borrowed from the Desire 816. It feels inconsistent here because there is no matching strip on the bottom. The toughened glass protecting the screen flows till the lower edge.

Thankfully, the curved back makes the phone look slimmer than its actual girth of 9.15mm. The Desire 616 Dual SIM feels comfortable to hold and our thumbs could reach the top of the screen with ease.

The microphone and Micro-USB port for charging/data transfer are on the bottom of the phone, while the top has the 3.5mm audio jack. The right edge of the Desire 616 Dual SIM has the volume rocker and power button, both made of plastic. The tactile feedback of these buttons is pretty good. Above the screen is the earpiece grill which looks like the front-firing speakers on the Desire 816. Beside the earpiece are the array of sensors and the front camera. On the rear are the loudspeaker, an HTC logo, and the primary camera with its flash.

Features and Specifications
HTC has gone with the octa-core MediaTek MT6592 SoC clocked at 1.4GHz with Mali-450MP4 graphics. Supplementing it is 1GB of RAM, and there is 4GB of internal storage space with the option of adding up to 32GB more using microSD cards. The 32GB limit is a bit of a downer since even cheaper phones support higher capacities. 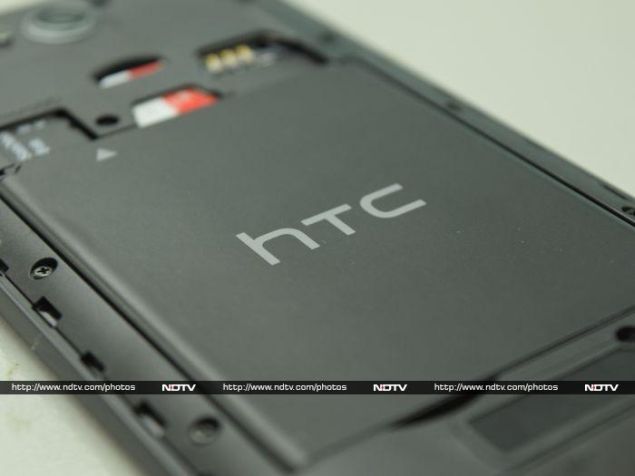 The phone has a Dual-SIM setup - one regular (Mini) SIM and the other Micro-SIM. The primary SIM card (regular) can connect to 3G networks while the secondary (Micro) cannot. The phone can connect to Wi-Fi a/b/g/n networks. It also has an 8-megapixel primary camera which can shoot 1080p videos. The 2-megapixel front camera can shoot 720p videos. HTC has added FM radio as an option for entertainment.

The Desire 616 Dual SIM's 5-inch screen has a resolution of 720x1280 which translates to a pixel density of 294ppi. On-screen capacitive buttons take up a bit of the display real estate but we don't think it is too much of a problem. The colours on the screen have a pleasant warm tone, and the saturation level and the maximum brightness level are decent too. Unfortunately, when viewed at an angle there is very evident discolouration, and sunlight legibility isn't great either. 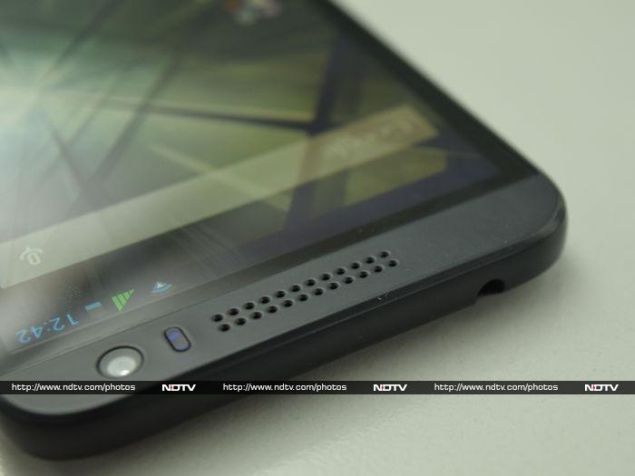 Software
Unlike the HTC One (M8) and its younger sibling One (E8), the Desire 616 Dual SIM doesn't have either Android 4.4 KitKat or HTC Sense 6 UI slapped on top of it. Instead, HTC has decided to go with Android 4.2.2 Jelly Bean and Sense 5.5. The company has promised an update to Android Kitkat, though. 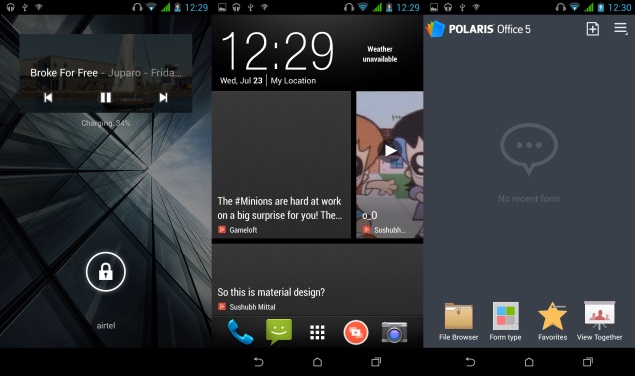 The software is no different from what we saw running on the Desire 816. BlinkFeed occupies the left-most homescreen, and it still showcases content from various social networks and any feeds you want to add. It is a good thing that BlinkFeed can also be turned off. There is the competent Polaris Office 5 app for viewing, creating and editing documents. Also present is the regular suite of Google apps.

Camera
After a wonderful experience with the 13-megapixel shooter on the HTC Desire 816 we had a lot of expectations from the 8-megapixel camera on this phone. We came away disappointed. 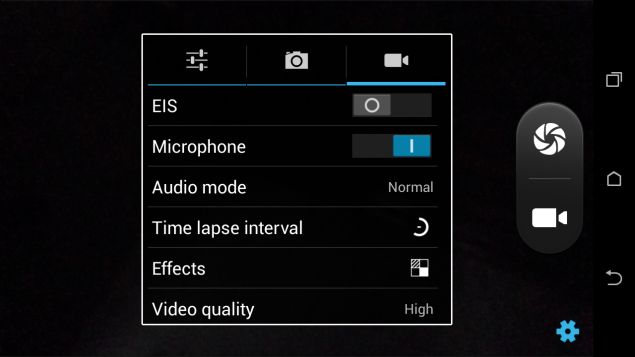 The camera app itself is not a patch on the minimalistic app used by the HTC Desire 816. It is chunky and does not have a lot of features. For example, the depth of field feature is missing.

Coming to the quality of captured images, those we took even in daylight were low on detail and there was noise as well. However, the colours were natural. Images shot in low light were not usable. Videos captured at 1080p also suffered in our daylight testing. The 2-megapixel front camera isn't good for much either. 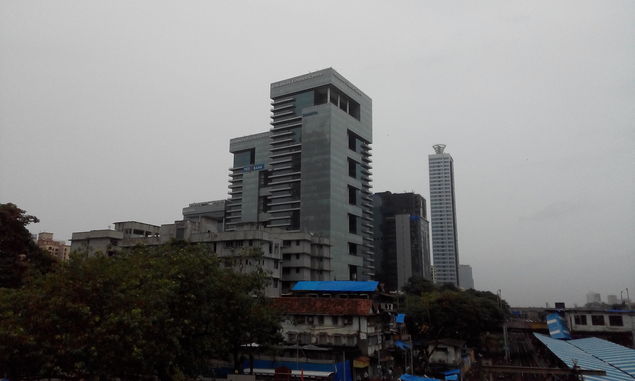 Performance
Aided by its powerful octa-core processor, the phone performs really well in day-to-day usage. You can easily navigate around the UI and switch between multiple apps without any stutter.

The phone scored 23,272 and 12,185 respectively in our AnTuTu and Quadrant benchmark tests. The AnTuTu score is higher and the Quadrant score is lower than what the Snapdragon-400-toting Desire 816 achieved. The Desire 616 Dual SIM also slightly edged out its bigger sibling in our graphics benchmark tests, with scores of 7,981 in the intensive 3DMark Ice Storm test and 13.1fps in GFXbench. We played a little bit of Asphalt 8 and the phone didn't lag during the gameplay. 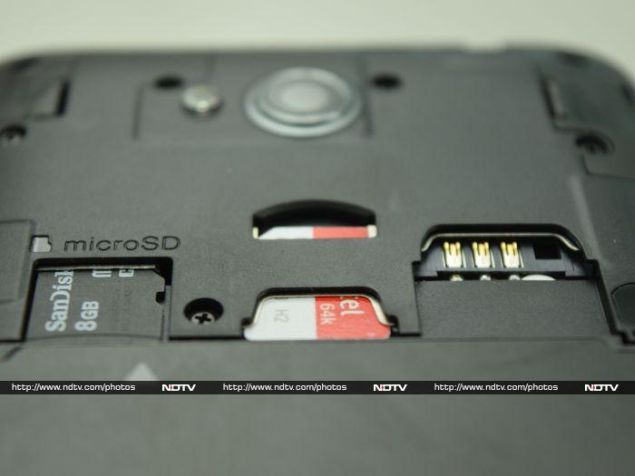 In our video tests, the Desire 616 Dual SIM managed to play even our higher bit-rate Full-HD videos, but it skipped a few frames. We put the phone through our intensive battery test and it managed to last us 6 hours, 55 minutes before it died. This should translate to a day's worth of battery life in real world usage.

The loudspeaker volume is really low and lacks clarity. We were also completely surprised that the sound quality through headphones was not that good either. The earpiece volume is low and as a result, we had to stress to hear the person on the other side of phone calls.

Verdict
As we've already stated, the arrival of the Xiaomi Mi 3 (Review I Pictures) at a throwaway price has changed the entire market's dynamics. The Mi 3, with its blazing fast performance, looks like it offers better value at Rs. 13,999 than the Desire 616 Dual SIM does at Rs. 16,990. 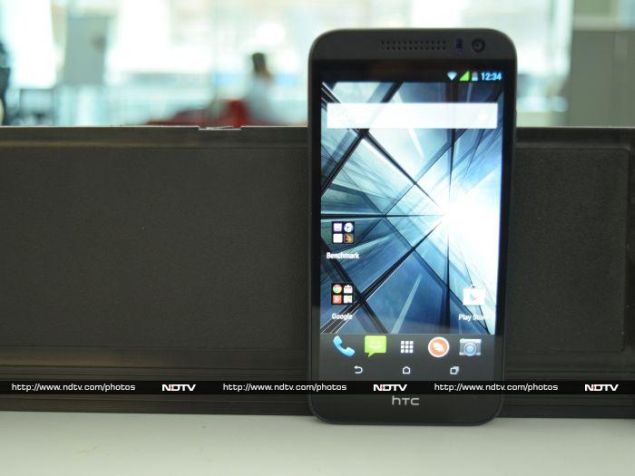 The only silver lining for HTC is the fact that Xiaomi's stocks are limited and the Mi 3 is sold only during flash sales on Flipkart. Snagging one is bound to be a hassle, which might put off lots of potential buyers. On the other hand, the HTC Desire 616 Dual SIM can be found at any retail store right now. 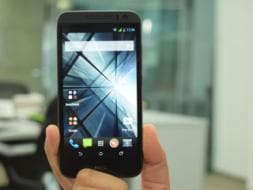 Indian Mobile User Base to Hit 815 Million Connections in 2014: Gartner
Google Under Fire on Handling of 'Right to Be Forgotten' Ruling