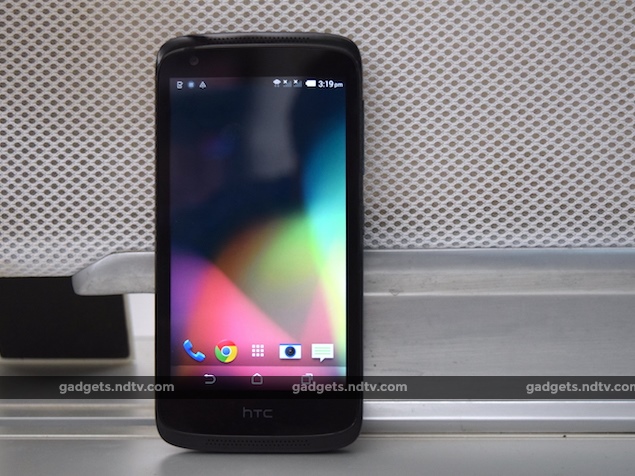 If there is one part of the market that HTC hasn't managed to crack yet it is the budget segment. It is not like the company hasn't made any effort. The Taiwanese smartphone giant launched the HTC Desire 210 Dual SIM and the Desire 310 in the sub-Rs. 10,000 price range last year but they were overpriced compared to the competition. 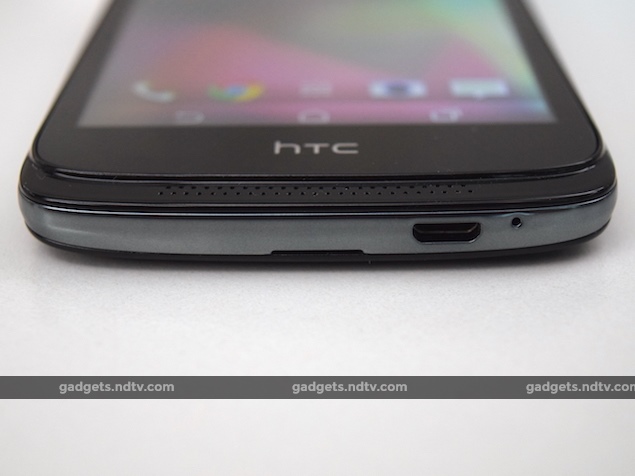 Look and feel
The Desire 526G+ Dual SIM has a candybar design like most smartphones these days but at the same time it has a distinctive character to it. The Desire 526G+ Dual SIM, inspired by HTC's One range of flagship smartphones, is longer than other phones thanks to the two grilles on the top and the bottom - one for the earpiece and the other for the speaker (the phone doesn't have two speakers, let alone BoomSound). These grilles lie on a recessed rim and thus the front of the phone isn't entirely flat, lending it a very unique look.

We got the Lacquer Black variant of the phone for review, which has a glossy back panel. This panel is a fingerprint magnet and attracts smudges quite easily. Thankfully, the phone is also available in matte colours as well, which should help alleviate some of the problems. At 154g, the Desire 526G+ Dual SIM is not exactly light but the weight is distributed across the device evenly. Also, handling the device with one hand is easy owing to its compact dimensions - 139.8x69.8x9.8mm. 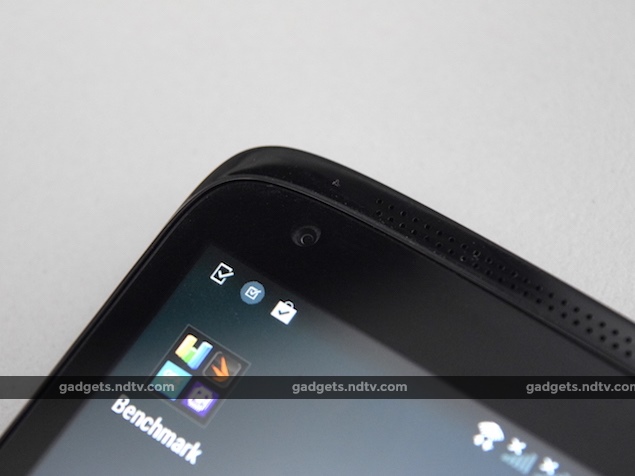 The Micro-USB port and the microphone are on the bottom whereas the 3.5mm jack is on the top of the phone. A front-facing camera sits above the display. The primary camera and the flash module are placed in a small bump in the rear. Removing the rear cover reveals the battery, two slots for Micro-SIM cards, and one microSD card slot.

The 4.7-inch IPS LCD screen has a resolution of 540x960. While the resolution might seem outdated for a lot of people, we still think that HTC has done a good job of keeping the image quality crisp. Even the sunlight legibility and viewing angles are above average. The Desire 526G+ Dual SIM has accurate colour reproduction, which is actually common with other HTC phones.

Specifications, software and camera
The Desire 526G+ Dual SIM has a MediaTek MT6592 octa-core processor running at 1.7GHz with a Mali-450MP GPU. The phone has 1GB of RAM and 16GB of internal storage space. One can add additional storage up to 32GB using a microSD card.

Both the Micro-SIM cards work in dual-standby mode and support 3G networks. The Desire 526G+ Dual SIM can also connect to Wi-Fi a/b/g/n. The phone also has Bluetooth v4.0 with support for the latest aptX audio codec, which is great. The primary camera can capture 8-megapixel images and 1080p video. On the other hand, the front camera shoots 2-megapixel stills and 720p video. 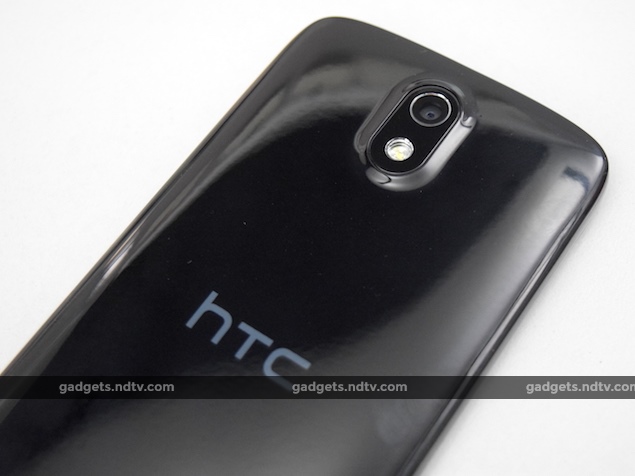 The Desire 526G+ Dual SIM runs Android 4.4.2 with Sense UI 5.0 on top of it. It is the same skin we've seen on other HTC phones and includes Blinkfeed, a Flipboard-style magazine, taking up the first homepage. The app drawer scrolls vertically. Not much is new here, except for the camera app. HTC uses the slightly modified version of the Gingerbread camera app that we've seen on much cheaper phones. This app's unintuitive and aged design is its major weak point. Thankfully, there are many third-party camera apps which can be used as a replacement for the default camera app.

Since, we used a pre-release version of the phone we can't be sure which third party apps will eventually be bundled with it but our review unit came with just Facebook and Polaris Office 5. Both these apps can be uninstalled. 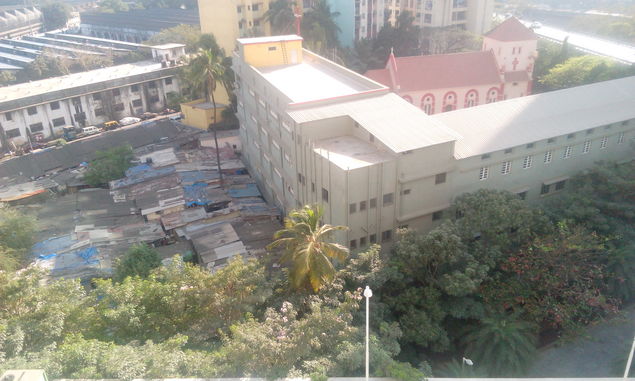 Looking past the bad camera app, the performance of the primary camera itself is pretty good. We captured some really good details with very little noise. The colours are slightly oversaturated and the sensor struggles with bright light sometimes, but the anomalies are not so bad that it renders resulting images unusable. In low light, the performance of the camera takes a hit and we captured images with a lot of noise.

The camera cannot capture good quality video despite the 1080p resolution. Compression is way too high due to the .3gp recording format. The 2-megapixel front camera gets its job done in normal lighting conditions and should be alright for selfies. All things considered, we think that the cameras of the Xiaomi Redmi Note and the Yu Yureka are much better.

Performance
The Desire 526G+ Dual SIM screams through all tasks in daily use. From playing graphically intensive games such asAsphalt 8 to performing multiple tasks at the same time like listening to music while composing an email, this phone can handle anything you throw at it. We didn't notice any slowdowns or stutters. 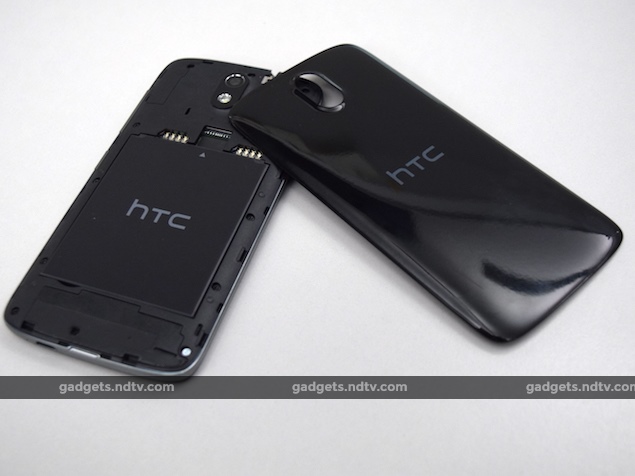 The benchmark scores of the Desire 526G+ Dual SIM are pretty high and they are similar to the results we achieved with the Yu Yureka and the Xiaomi Redmi Note. In AnTuTu and Quadrant, the phone scored a healthy 31,159 and 14,357 points respectively. The graphics benchmarks are skewed in favour of the Desire 526G+ Dual SIM considering it has a screen with a low resolution. It scored 18.1fps and 7,224 points in our GFXbench and 3DMark Ice Storm graphics benchmark tests.

The phone managed to play all the videos we tried with it. Even our heavily encoded 40mbps video played back without skipping frames. We couldn't test the quality of the bundled headset because our review unit didn't come with one but the sound quality on our reference earphones was really good. However, the speaker doesn't get loud enough and it sounds tinny too. Additionally, at maximum volume the sound crackles.

In our battery test, the 2000mAh battery inside the phone lasted 6 hours and 3 minutes which is fairly average. It should last any user at least one full day on a single charge. 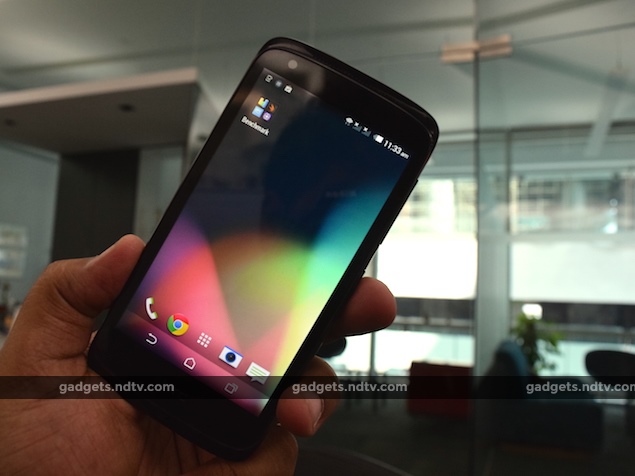 Verdict
Overall, we are satisfied with what the HTC Desire 526G+ Dual SIM has to offer. It has a unique design, great performance, decent rear camera and good media performance as well. It is a complete package.

Let's take a look at the competition. The Yu Yureka is only available via the flash sale model. The Xiaomi Redmi Note is not on sale anymore. The Moto G (Gen 2) costs a good two thousand rupees more than the Desire 526G+ Dual SIM. One thing the Desire 526G+ Dual SIM has going for itself against the competition is the fact that it will be easily available for purchase and costs Rs. 10,400.