Honor has had some pretty interesting budget offerings in the past but none of them have stood out quite like last year’s Honor 7 (Review). It was a well-crafted phone with good performance across the board, except in the battery department.

A year later, the company has launched a successor called the Honor 8. Unlike its predecessor though, the new model is positioned in the upper mid-range smartphone segment, which puts it in the crosshairs of the OnePlus 3 (Review) and the Asus ZenFone 3 (ZE553KL) (Review), both of which have proven to be excellent choices.

The OnePlus 3 has been our de facto recommendation around this price segment for a while now, but can the Honor 8 change that? More than ticking specifications boxes, does it offer the kind of good experience which has earned the other two such high praise?

Honor 8 design and build
Honor has overhauled its design completely, and the new model looks striking. There are elements of Samsung’s 2016 A-series aesthetic here with a metal frame sandwiched between two sheets of curved glass. It makes the Honor 8 look incredibly premium, but as a side-effect, fingerprints are a nightmare. It’s also quite slippery and it does slide off most surfaces if you’re not careful.

The display measures 5.2 inches diagonally, and thanks to the full-HD resolution, text is razor sharp. Honor has used a good quality panel here, as colours are punchy, viewing angles are good, and sunlight legibility is also strong. You can adjust the colour temperature and toggle a blue light filter from the Settings app. There are also very thin borders on either side of the display which makes the phone very manageable for one-handed use. At 153g, it’s also quite light. 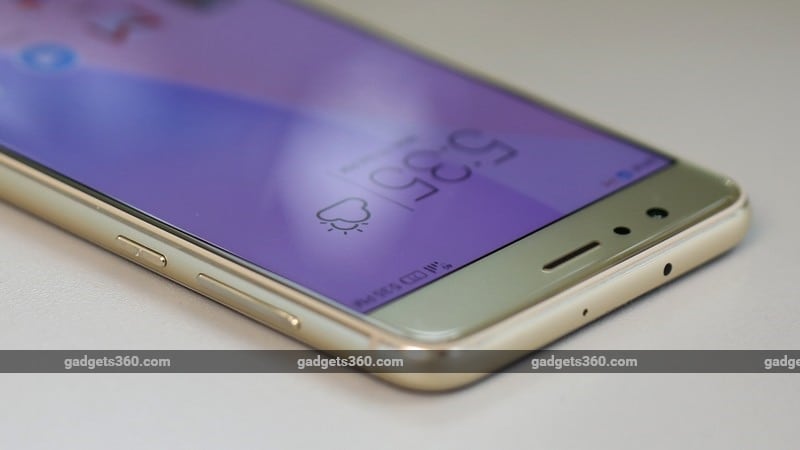 Button placement is ergonomic with good tactile feedback. There’s a notification LED neatly hidden in the earpiece grille; an infrared emitter on the top; a USB Type-C port on the bottom (USB 2.0 speed); and a SIM and microSD card tray (up to 128GB) on the left. Although the SIM slot has a physical cutout for a second Nano-SIM, the phone won’t recognise it.

Around the back, we have the dual cameras, laser autofocus sensor, and dual-tone LED flash unit. The fingerprint sensor below is very sensitive and unlocks the phone quickly. You can also use it to lock apps, access hidden files, and perform gestures such as answering a call, taking a selfie, or even pulling down the notifications shade. Honor takes this one step further and has placed the sensor on a physical button which it calls Smart Key. Depending on the type of press (single, double or long), you can trigger various functions such as voice recording, toggling the flashlight, taking a screenshot or simply launching an app. 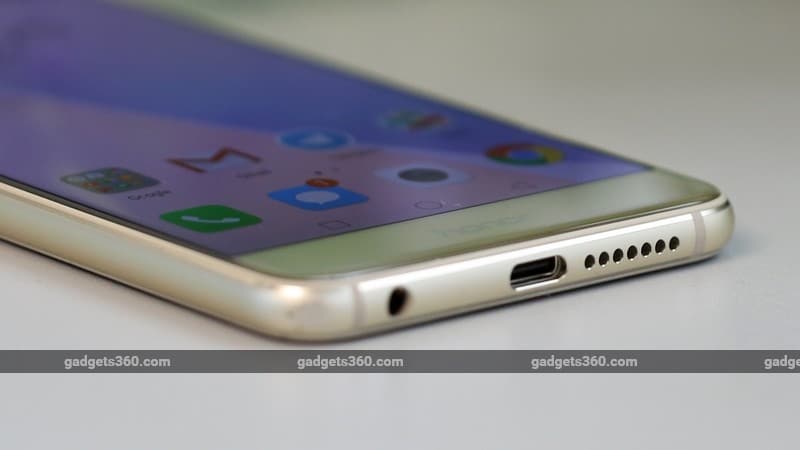 The Honor 8 ships with an 18W charger, data cable, SIM ejector tool, and instruction leaflets. We’re missing a headset here but the rest of the accessories are built well and should last.

Honor 8 specifications and features
Honor has gone with Huawei’s in-house silicon for the CPU. The Kirin 950 octa-core SoC is a beast of a performer for even demanding apps. We got 92,353 points in AnTuTu, 41fps in GFXbench, and 18,083 in 3DMark Ice Storm Unlimited. These numbers are still well behind those of a Snapdragon 820 powered phone, but for real-world usage, it would be hard to tell the difference. 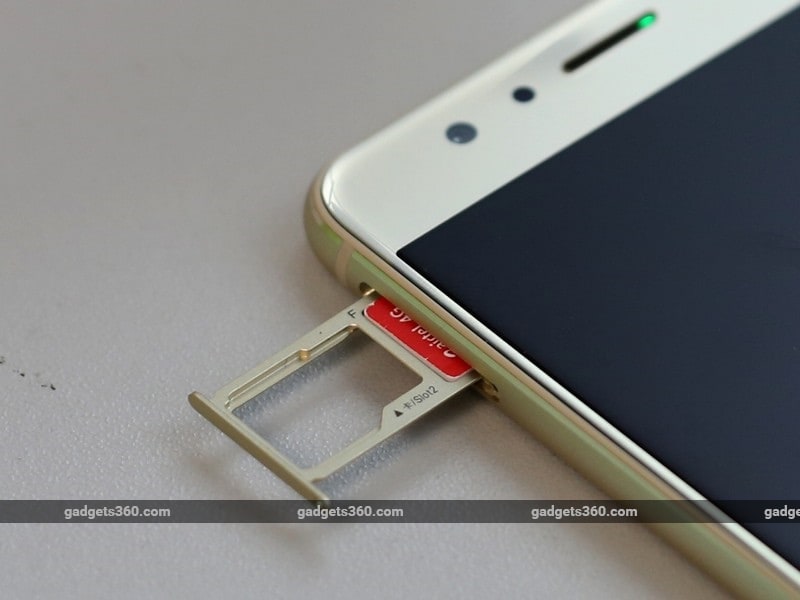 The Honor 8 also has 4GB of RAM, 32GB of storage, dual-band Wi-Fi b/g/n/ac, Bluetooth 4.2, USB OTG, and NFC. The one thing that’s missing is FM radio, which might be an issue for some. The Honor 8 supports 4G LTE for FDD and TDD bands. VoLTE is currently not supported in India but the company says it should be enabled by a software update in the future.

One of the highlights of the phone is Honor’s custom fork of Android Marshmallow called Emotion UI or EMUI. The latest version (4.1) retains features like Now-on-Tap from Android but also adds a bunch of new customisations. It’s a single-layered interface with its own icons, Settings app, and notifications shade. The layout of the onscreen buttons can be changed if needed, which is always nice. 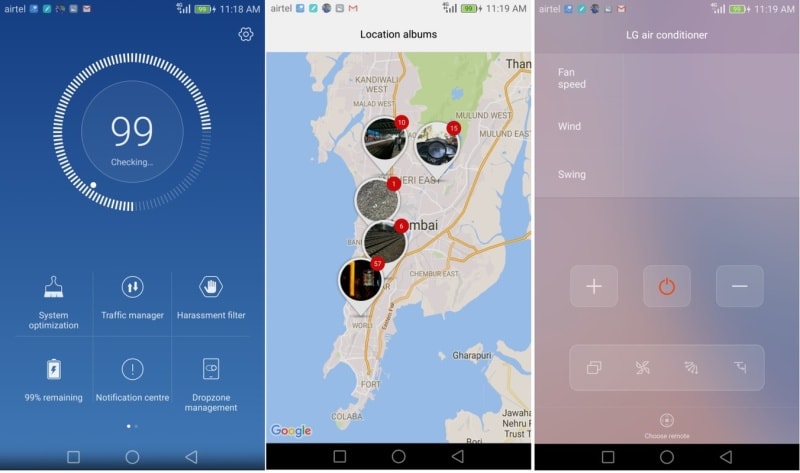 Link+ in the ‘Wireless and Networks’ section offers enhancements for improving signal reception when on the move; quicker connections to networks while roaming; enabling auto-updates; and Wi-Fi+, which automatically switches between Wi-Fi and mobile data. Having said that, it's hard to actually verify how effectively each of these features actually works, so you'll need to take Honor's word on the subject.

EMUI also packs in several gesture-based actions and voice control features that are found under ‘Smart assistance’ in Settings. Single-handed mode can be engaged for the dial pad or the entire display with a quick swipe to the right on the navigation keys; and voice control lets you ask the Honor “Where are you” and the phone will ring, vibrate, and flash its LEDs to help you find it. You can also call other people, but that’s the extent of the voice control. It works decently well and recognised our commands most of the time. 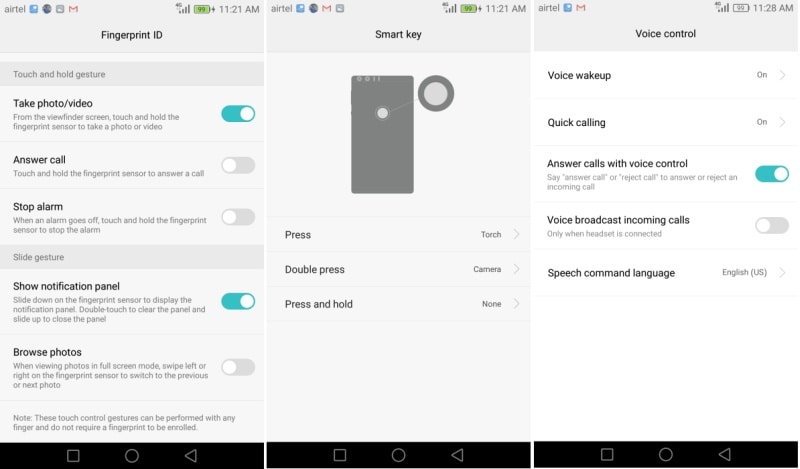 There’s also one more gesture called Knuckle Sense, which lets you take a screenshot or start a screen recording by either drawing a circle or knocking the screen with your knuckles, which we found quite gimmicky. Tapping the display with your knuckles works but we found it awkward to draw that circle as we needed to apply lots of pressure. Then, there’s Floating Dock for shortcuts to common actions, which is similar to MIUI’s Quick Ball.

The Honor 8 isn’t burdened with too many pre-installed apps. You have Google’s app suite; Smart Controller, which works well for basic functions with IR appliances; and Phone Manager for system maintenance, managing blocked calls and setting permissions for apps.

Honor 8 performance and battery life
The Honor 8 aces most mundane jobs and easily handles multitasking. Even visually demanding games like Mortal Kombat X work smoothly. We didn’t face any heating issues, even during gaming, but our review unit had a bug which made the phone scalding hot every time we fired up the camera. Honor tells us that it’s most likely an isolated incident since ours was a pre-production unit, and that retail devices should work normally. 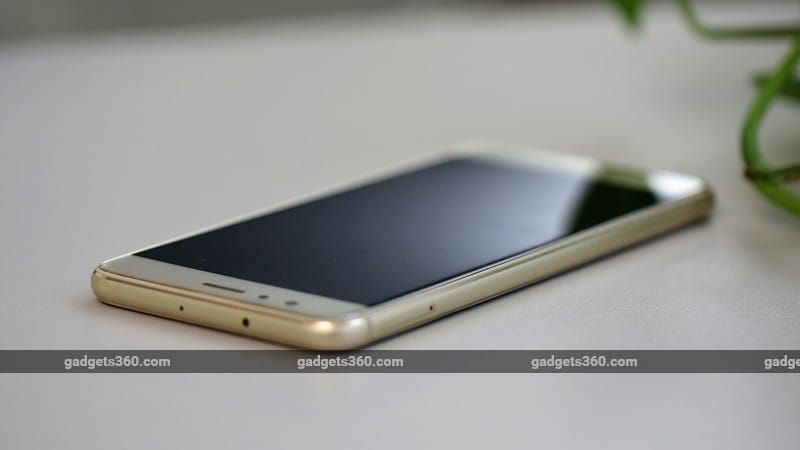 The phone is also very good for media playback thanks to the excellent display and support for high-resolution video files, including 4K. The stock music and video player have a slick design and support DTS audio (only for headphones). The mono speaker at the bottom is decently loud but feels a bit weak in some apps, like YouTube. Audio quality is good through the headphones but the sound lacks good definition and feels a bit flat, even with good earphones. 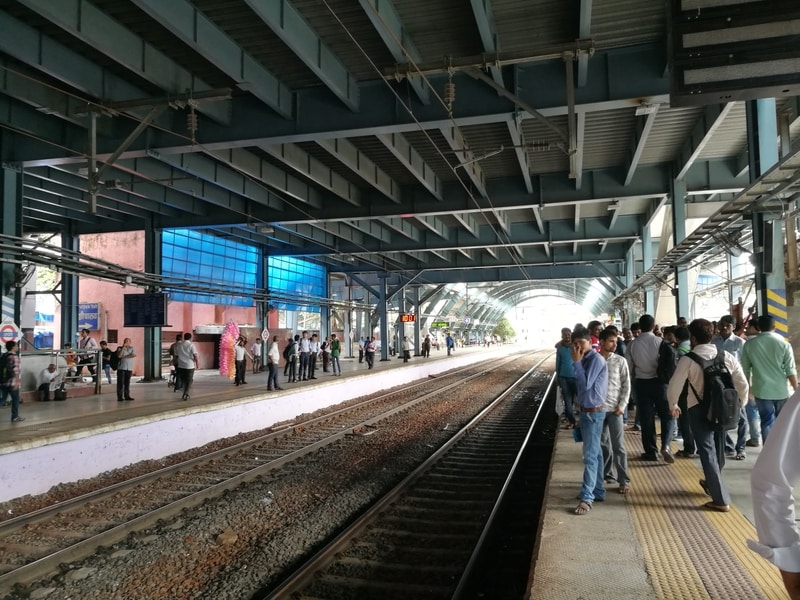 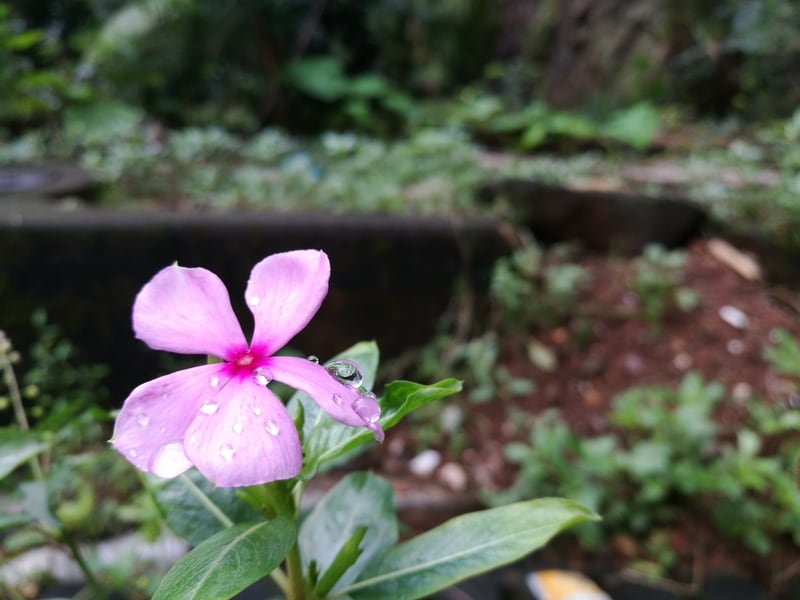 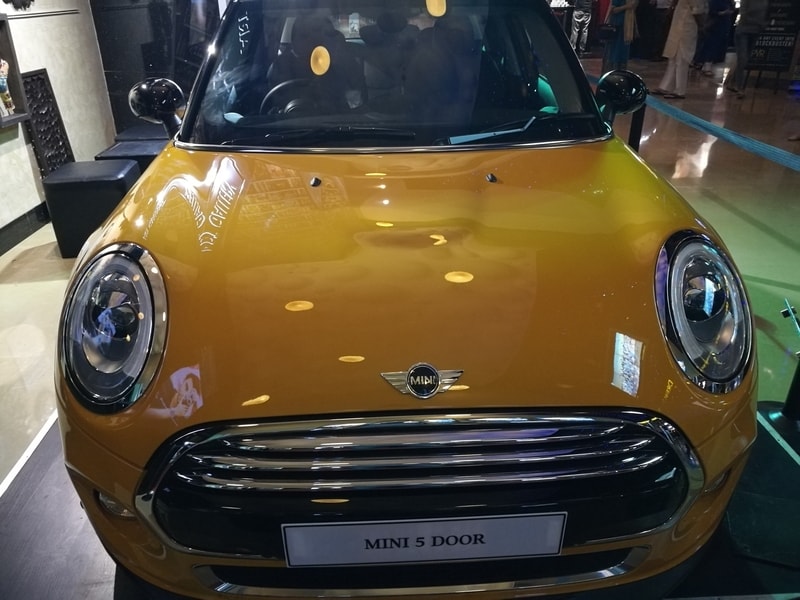 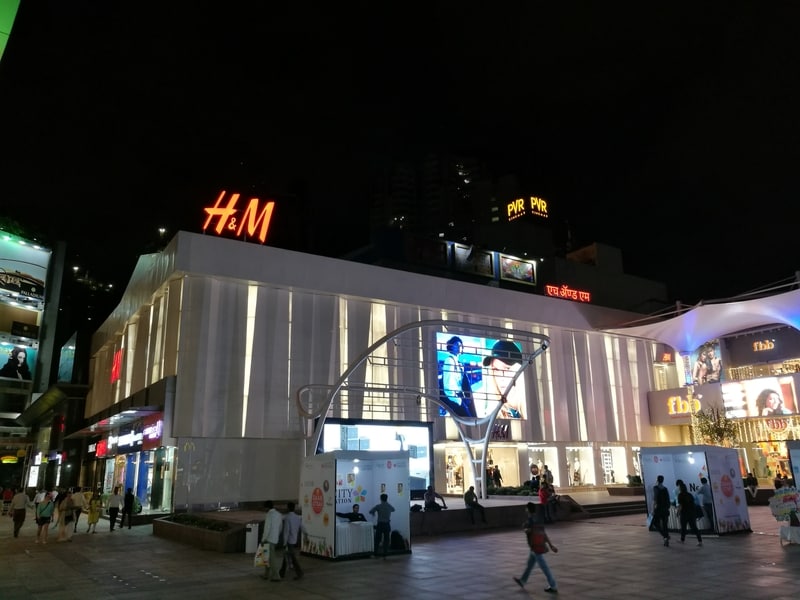 The dual cameras on the Honor 8 make up one of the highlight features which Honor is pushing. The dual-camera setup consists of individual 12-megapixel colour and monochrome sensors. The rear sensors have an aperture of f/2.2 while the front 8-megapixel camera has an f/2.4 aperture. Landscapes and macros pack in good detail with near-accurate colours under natural light. The sensors produce good background blur but you can take this one step further with ‘Wide aperture’ mode. Here, you can adjust the amount of background blur using a slider near the focus reticule, from f/16 to a simulated f/0.95. It does a decent job as long as your subjects are in one plane, otherwise some edges of the subject might also get blurred in the process. Low-light stills exhibit a small degree of noise and detail level is a bit less, but quality is still well within bounds. 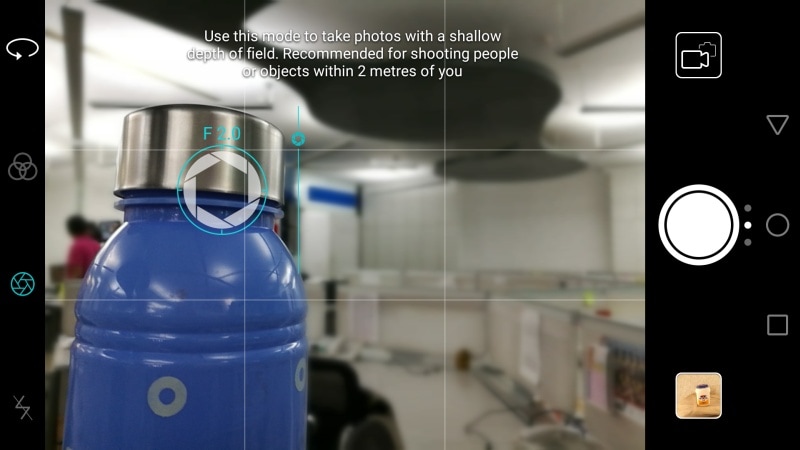 The controls are intuitively placed around the camera app, and don't take a lot of getting used to. Pro mode is available for video and photos. Controls include HDR, Panorama, slow motion, light painting (slow shutter), Time-lapse and Beauty. The quality of recorded video is also pretty good. The maximum resolution here is 1080p at 60fps and 4K video capture is missing. We also quite liked the quality of the front camera, which captures good detail under appropriate lighting.

The Honor 8 is fitted with a non-removable 3000mAh battery with support for fast charging. Using the bundled adapter and cable, we managed to get to around 45 percent after just half an hour. We also easily got an entire day’s worth of usage on a single charge. In our video loop test, we clocked in 11 hours and 7 minutes of runtime. One battery feature that we found particularly handy was the ROG power saving mode, which renders the display at 720p to save power. 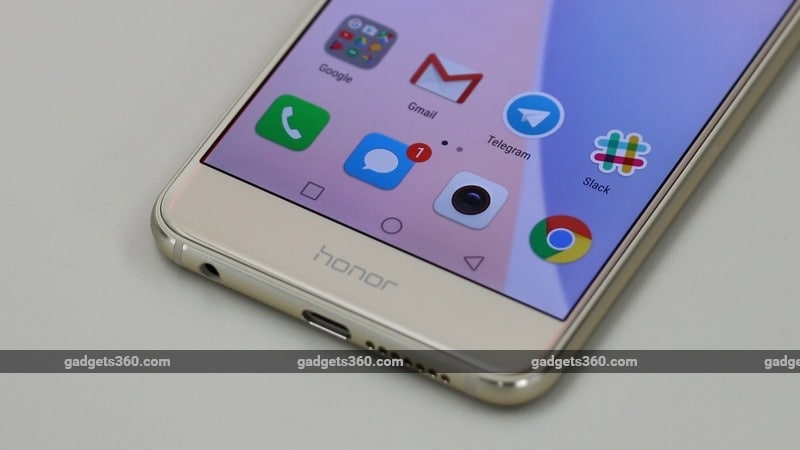 Verdict
If you’ve read through the entire review then it’s pretty clear that the Honor 8 is nearly as good as it looks on paper, with the only exceptions being the lack of VoLTE support (for now), the missing FM radio, the slippery body, and slightly underwhelming low-light camera performance. However, on the whole, it’s very compelling.

As for the pricing, Rs. 29,999 is a bit on the high side when you consider that the OnePlus 3 and Asus’s Zenfone 3 are selling for a little less and offer a bit more oomph. But, as is the case with most launch prices, we hope to see this one normalise soon.

The Honor 8 is a great all-rounder and is worth considering over the OnePlus 3 or Zenfone 3, if you’re looking for something different. It has a solid processor, useful software tricks, very good display, capable cameras and enough battery power to last you a day.

Further reading: Honor 8 review, Honor 8 specifications, Honor 8 price, Honor 8 price in India, Honor 8 features, Huawei Honor 8 review, Huawei Honor, Android smartphone
Roydon Cerejo Email Roydon
Roydon Cerejo writes about smartphones and laptops for Gadgets 360, out of Mumbai. He is the Deputy Editor (Reviews) at Gadgets 360. He has frequently written about the smartphone and PC industry and also has an interest in photography. With over a decade of experience covering the consumer technology space, he is also an avid sci-fi movie and TV show geek and is always up for good horror flick. Roydon is available at roydon@gadgets360.com, so please send in your leads and tips. More
Samsung Galaxy Note 7 Production, Global Sales Completely Halted