The Honor 7X is the newest smartphone to sport an 18:9 aspect ratio screen, and has been launched at a starting price of Rs. 12,999. It is the successor to the Honor 6X (Review) and comes shortly after the launch of the Honor 9i (Review), which was the brand’s first phone with a FullView display. The Honor 7X brings this feature to the more affordable X series, making it accessible to a lot more people. One look at the spec sheet and it is evident that Honor has loaded this phone up with loads of features, but is that enough to give it an edge in this competitive price segment? We'll answer that question and more in our Honor 7X review.

We like smartphones with big displays, and the Honor 7X ticks this box. The front is dominated by a 5.93-inch screen with thin borders on the sides but comparatively thicker ones at the top and bottom. The metal earpiece sits above the screen, with an 8-megapixel front camera alongside. Just like the Honor 9i, the fingerprint scanner on the 7X is at the back. We found it easy to reach and it was quick to unlock the phone in our experience. Honor has used a metal unibody for this smartphone which gives it that premium look and feel. It has antenna bands running along the top and the bottom which remind us of the Honor 8 Pro (Review).

The metal body curves on the sides and along the edges, giving this phone a good in-hand feel. The power and volume buttons are positioned on the right and we found that we had to stretch to hit the volume buttons. The loudspeaker, 3.5mm headphones socket, primary microphone, and Micro-USB port are all on the bottom. The dual camera setup at the back is accompanied by a single-LED flash. Honor has gone with two distinct rings instead of a single unit like we’ve seen on most phones recently. The camera arrangement protrudes a little. 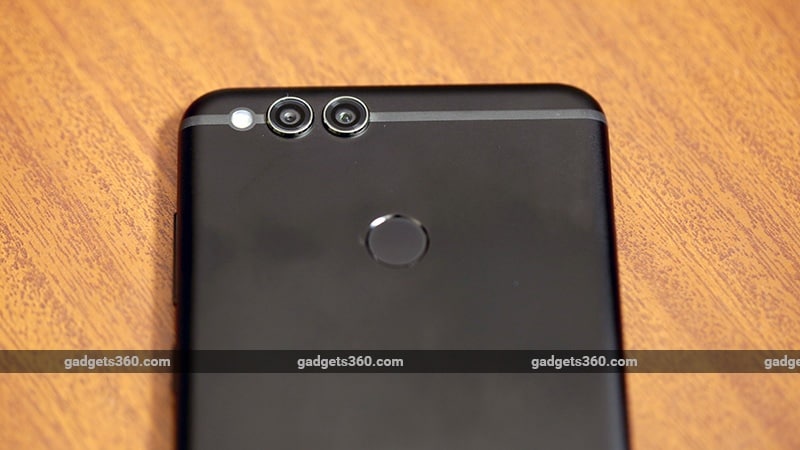 The Honor 7X weighs 165 grams which feels about right in the hand. It measures 7.6mm in thickness while packing in a 3340mAh battery. Honor supplies a 10W charger in the box that is capable of charging the phone completely in two and a half hours.

Many Honor phones are powered by Huawei-made processors, and the 7X packs in a HiSilicon Kirin 659 SoC, the same processor powering the Honor 9i. It is an octa-core chip with four cores clocked at 2.36GHz and the other four clocked at 1.7GHz. With the Honor 7X, you get to choose between 32GB and 64GB of internal storage, but both variants have 4GB of RAM. Both also let you expand storage up to 256GB using a microSD card in the Hybrid dual-SIM slot. If you aren't using that capability, the 7X can accommodate two Nano-SIMs. There is support for 4G and VoLTE on both SIMs, but only one can access the 4G network at a time.

The Honor 7X's screen boasts a full-HD+ resolution with 2.5D curved glass, but there is no mention of any type of protection. Viewing angles are good and Honor lets you tweak the colour temperature to suit your preferences. Brightness is good indoors but we had to bump it up all the way or shade the screen with one hand when using this phone outdoors. 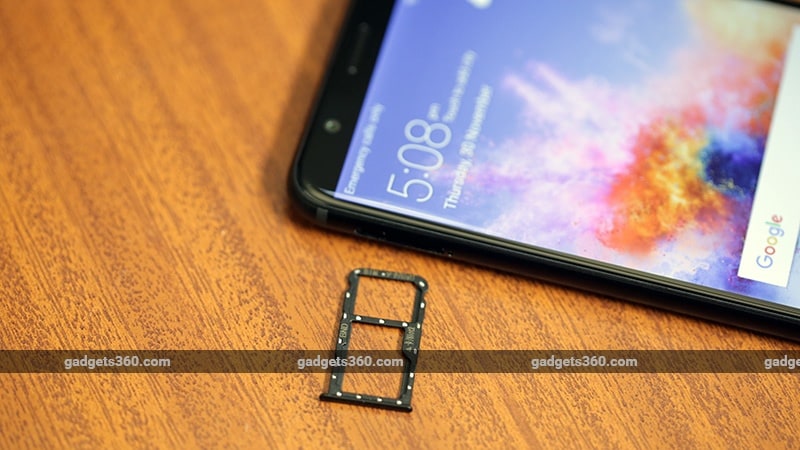 Like all other Honor devices, the 7X runs on Huawei's custom EMUI skin, specifically EMUI 5.1 on top of Android Nougat. You get the option to choose between layouts with and without an app drawer. The UI also includes theme support for a degree of customisation. Honor has been thoughtful enough to include a single-handed mode which makes the phone easier to use despite its big screen. You can also force apps to run at the 18:9 aspect ratio if they aren't scaling automatically.

Along with the essentials, you also get a fair share of bloatware. The Honor 7X comes with Honor’s support app called HiCare, and HiGame, a gaming app store. There are also Web shortcuts called Hi Honor and Honor Community. You get demo versions of Spider-Man: Ultimate Power, Asphalt Nitro, Bubble Bash 3, Modern Combat 4 Zero Hour, and Danger Dash preinstalled, but you can get rid of them to free up space.

The Honor 7X sports the same combination of procesor and RAM as the Honor 9i and scores similarly in benchmarks. In Antutu, it managed to score 62,504, and we got 906 and 3569 points in Geekbench's single-core and multi-core tests respectively. GFXBench returned 18fps which is just about average. We tried playing Shadow Fight 3 which is a graphics-intensive game, and while it ran without any lags, it did take while to load. 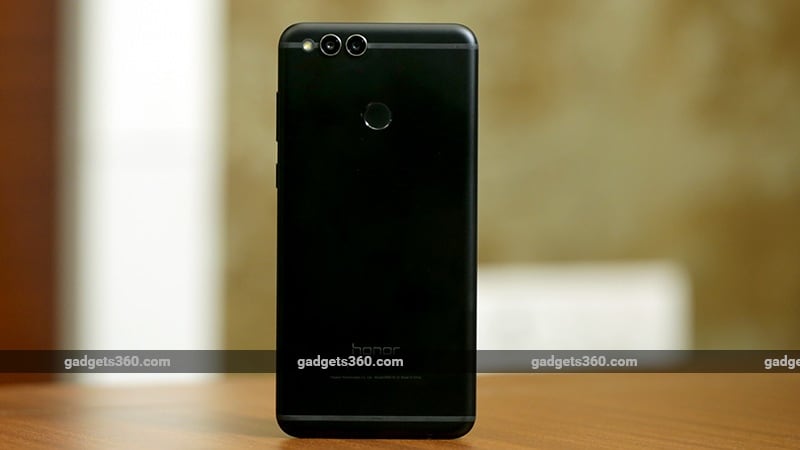 Movies and games are immersive thanks to the big display. However, we did notice that the phone would get warm after a long gaming session, and there would be significantly higher battery drain. With light to medium use, the phone lasted us one working day, but playing games and watching videos had a big impact on battery life. The phone lasted only a little over 8 hours in our HD video loop test, which is under-par for a battery of this size. Honor has baked in a few battery saving software tweaks which could come in handy, but we shouldn't have to use them all the time.

The camera app is fairly easy to use and apart from the default auto mode, you can select between wide aperture, moving picture and portrait modes. You get a lot of other modes to choose from as well, including a Pro Photo mode that lets you fine-tune camera parameters before taking a shot. You also have the option to download additional features if required.

Photos taken with the Honor 7X look good at first glance. However, zoom into landscape shots and you can see that the 7X misses out on details and delivers slightly grainy shots. Macros are good and there is decent separation between subjects and backgrounds. The wide aperture mode gives you better depth of field by digitally adding blur based on the aperture value you select. 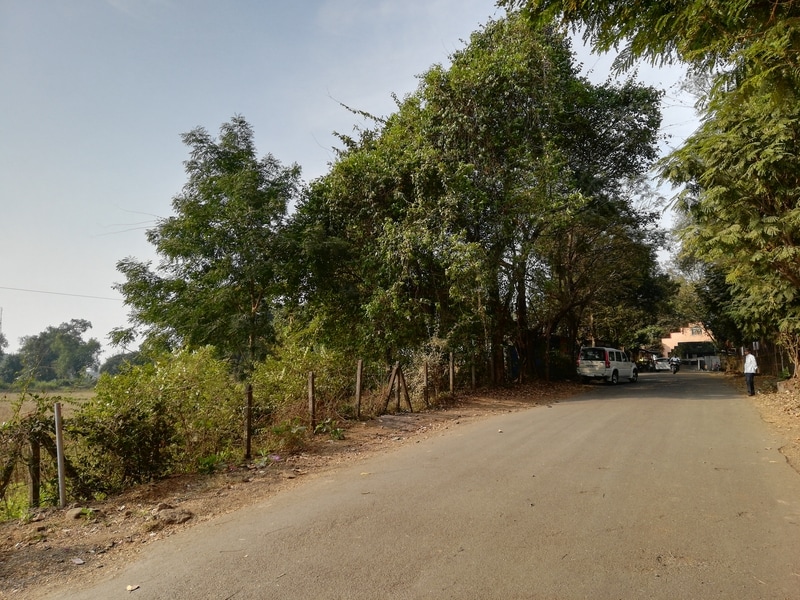 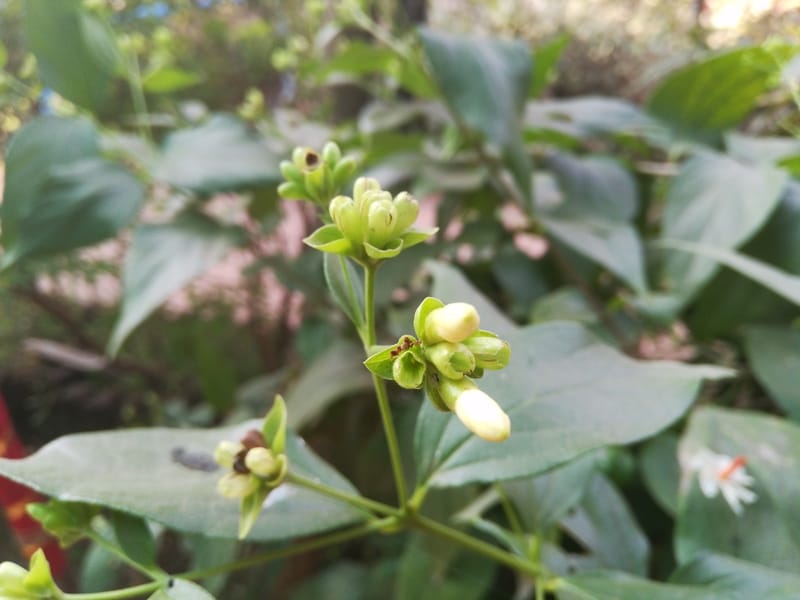 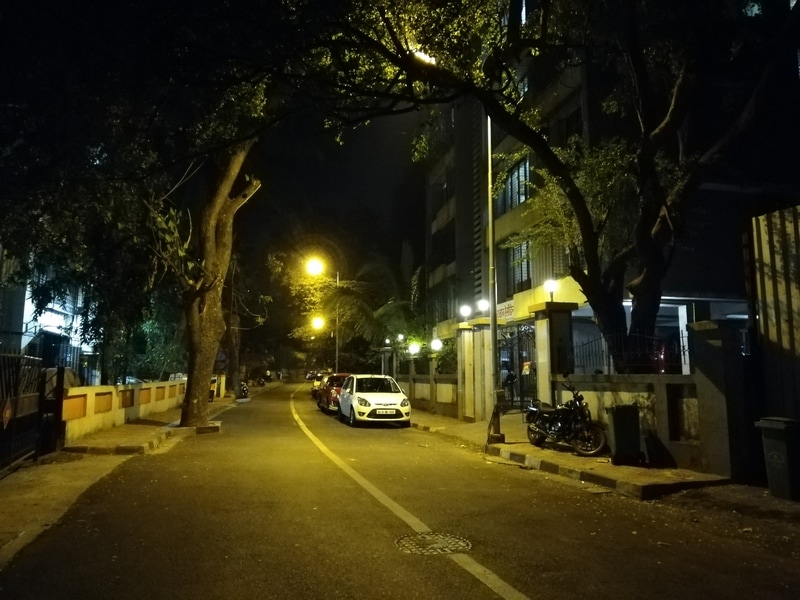 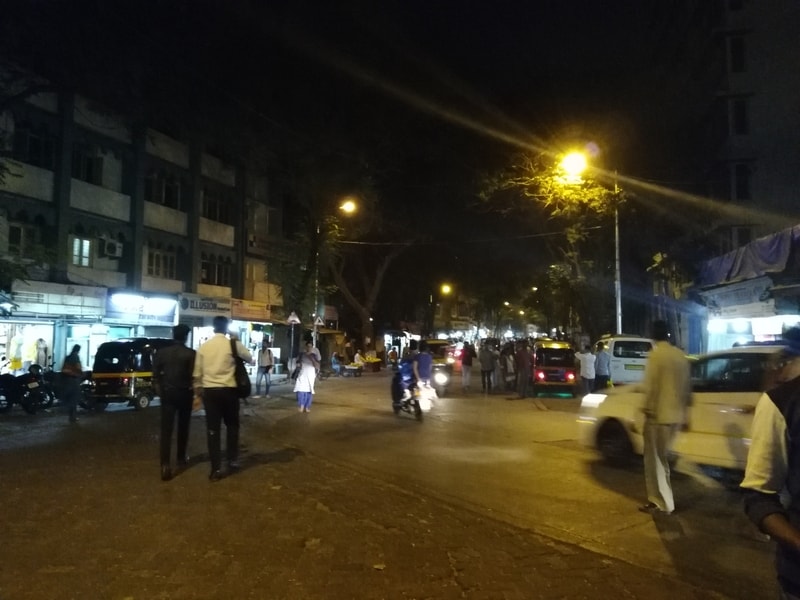 Shooting at night needs a steady hand. In auto mode, the phone takes shots but then pauses to sharpen the output. The result is less noise but at the cost of overall detail. Selfies are grainy as well, but are good enough to be shared on social media. The primary camera is capable of 1080p video recording while the selfie camera maxes out at 720p.

Verdict
With the Honor 7X, the X series has been brought up to date with the latest trends. You get a big display with the 18:9 aspect ratio and powerful hardware which should keep you happy. We found that camera performance isn’t really impressive, and battery life could have been a little better. If you want a modern-looking phone, then the Honor 7X is a good choice, but if you want an all-rounder the Xiaomi Mi A1 (Review) would be a better pick.