Honor 7A and Honor 7C are the latest budget smartphones from Huawei's youth-focused brand to hit the Indian market. They have been launched within months of the Honor 7X (Review) and Honor 9 Lite (Review) coming to the country. As per a Counterpoint report, Honor was the fifth-biggest smartphone brand in India in Q1 2018 with around 3 percent market share, almost all of which comes from the sub-Rs. 15,000 price bracket. The Honor 7A and Honor 7C are the brand's first smartphones to bring features such as face unlock, dual rear cameras, and 18:9 displays to the sub-Rs. 10,000 segment. 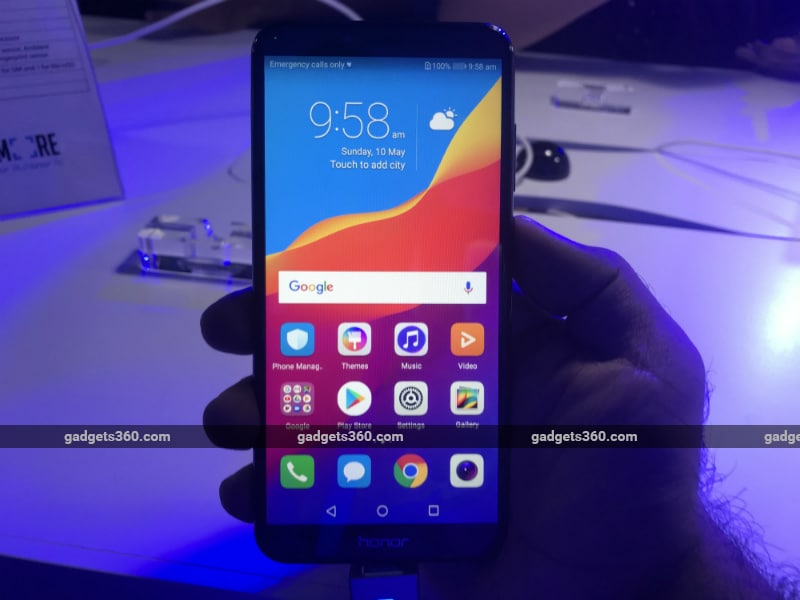 The Honor 7A will be available starting at 12 noon on May 29, exclusively on Flipkart. The Honor 7C will be available starting 12 noon on May 31, exclusively on Amazon.in. Alternatively, users can also purchase the handsets at Honor India's own online store. Both smartphones have a premium design and decent specifications, and the company hopes to take on the likes of the Xiaomi Redmi 5 (Review), Xiaomi Redmi Note 5 (Review), and Oppo Realme 1 (Review). We got a brief look at Honor's latest budget smartphones, and here are our first impressions.

With a smaller 5.7-inch HD+ (720x1440 pixels) IPS LCD panel, the Honor 7A is definitely much sleeker and is easier to fit in your hand. On the front, the phone has an 18:9 display with onscreen controls for Android navigation. Above the display are the front camera sensor, earpiece, ambient light sensor, and proximity sensor. On the back of the smartphone, you can spot the dual rear camera setup with an LED flash to one side. There is also a rear-mounted fingerprint sensor and Honor branding on the back. On the right, you get the volume keys above the lock/ power key. The of the handset has a slot to house two Nano-SIMs and one microSD card. Finally, on the bottom of the phone, is a Micro-USB port, a 3.5mm headphone socket, and the speaker grille. 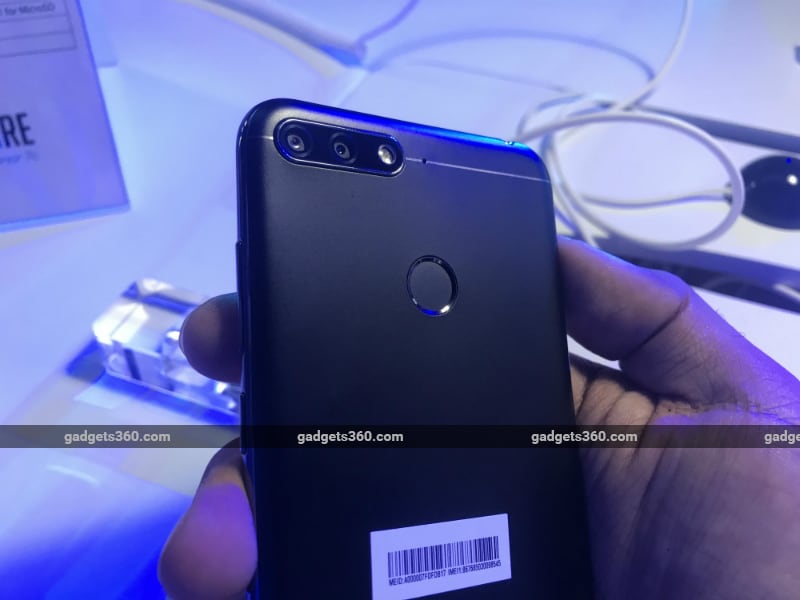 On the inside, the Honor 7A sports an octa-core Qualcomm Snapdragon 430 SoC, coupled with 3GB of RAM. These two budget handsets are, in fact, the only Honor-branded phones in recent times to sport Qualcomm Snapdragon SoCs. A variant with 2GB RAM and a single rear camera exists abroad but has not been launched in India. Performance with EMUI 8.0 seems fluid but you will have to wait till we finish our full review to see how this phone stacks up against the current competition at this price level.

Now, let's talk about the Honor 7C. The larger 5.99-inch HD+ (720x1440 pixels) IPS LCD panel is one of the first things you'll notice about the Honor 7C. Its design is largely similar to that of the Honor 7A. The rear has a similar dual-camera module, plus the fingerprint sensor and Honor branding in the same spots. The placement of the buttons, sensors, and connectors is also the same. This phone is powered by the Qualcomm Snapdragon 450 SoC, which is the same one that powers the Xiaomi Redmi 5.

Both smartphones run EMUI 8.0 on top of Android 8.0 Oreo. With multiple feature additions over the years, the EMUI Android skin has somewhat matured and can be considered among the most versatile currently available. It has a few nifty features such as Huawei Histen for better audio quality, Ride Mode for bikers, and single-touch fingerprint access to Paytm. It also has knuckle gestures, a one-handed mode, an intelligent messages app, and automatic toggles for Wi-Fi and mobile data. Our detailed review will list the pros and cons of the phones' software.

In our initial experience with both the Honor 7A and Honor 7C, we found the UI to be snappy.

However, bloatware is an issue. The Honor 7A and Honor 7C both have five preinstalled Gameloft games, social media apps such as Facebook Messenger, Instagram, and Truecaller, and others including Netflix and UC Browser. However, most of them can be uninstalled to clear up some storage space. The Settings menu is also a bit cluttered and could be better arranged.

For full details of both the Honor 7A and Honor 7C, including their performance, battery life, camera quality and ease of use, be sure to check out our full reviews of these devices, coming up soon on Gadgets 360.

product We spent some time with the Honor 7A and Honor 7C, and here are our first impressions of Honor's latest budget smartphones.