Killing off the Nexus lineup was a bitter pill to swallow for many Android fans, but in place of that, we got the Pixel series - two no-nonsense flagship smartphones that improved vastly upon the Nexus series' biggest shortcomings, build quality and camera performance. We found the Pixel XL to be an excellent Android device when we tested it. However, the Pixel phones have seen their fair share of issues, ever since their launch last October. These included a freezing camera , trouble with Bluetooth pairing, reports of spotty LTE connectivity and even audio distortion problems. The last of those turned out to be a hardware issue and the only fix was to get a replacement unit.

It's issues like these that made us wonder whether Google was committed to hardware, or whether this was yet another expensive experiment. As it turns out, the company is indeed serious enough to acquire a large part of HTC's smartphone operations.

This brings us to the brand new Pixel 2 and Pixel 2 XL, phones designed and built under Google's supervision. This new generation of flagships will take on the likes of the Samsung Galaxy S8 series, Galaxy Note 8, Apple's iPhone X and 8 series, and LG's V30. Oh, and let's not forget Sony's new Xperia XZ1 either. So, are they any good? We got to spend some time with both of them at the company's hardware event in San Francisco, and here's what we thought.

The Google Pixel 2 and Pixel 2 XL share many core features and and specifications, just like their predecessors, so lets get that out of the way first. Both phones are powered by Qualcomm's Snapdragon 835 SoC and have 4GB of RAM with either 64GB or 128GB of storage. You can't expand storage, just like with the original Pixels. They do have IP67 ratings for dust and water resistance, as well as stereo speakers, which brings them up to speed with the rest of today's flagships. Both feature aluminium unibodies, with fingerprint sensors on the back. Both also run on Android 8 Oreo and updates are guaranteed for a long time. There's a new feature called Active Edge, which works similarly to the 'squeeze' gesture on the HTC U11, and is set to trigger Google Assistant.

After using both phones for a while, we think its safe to conclude that the Pixel 2 is designed for more practical, everyday use while the XL version is for those who want to show off. That's because the Pixel 2 has a standard 16:9 full-HD screen whereas the XL boasts of a trendier 18:9 QHD+ panel. The Pixel 2 is easier to grip in your hand and feels really light. Its 5-inch full-HD OLED panel produces nicely saturated colours. On the other hand, the Pixel 2 XL features a 6-inch pOLED display, which is how Google is able to curve it around the edges of the device. This one produces equally good colours and saturation. 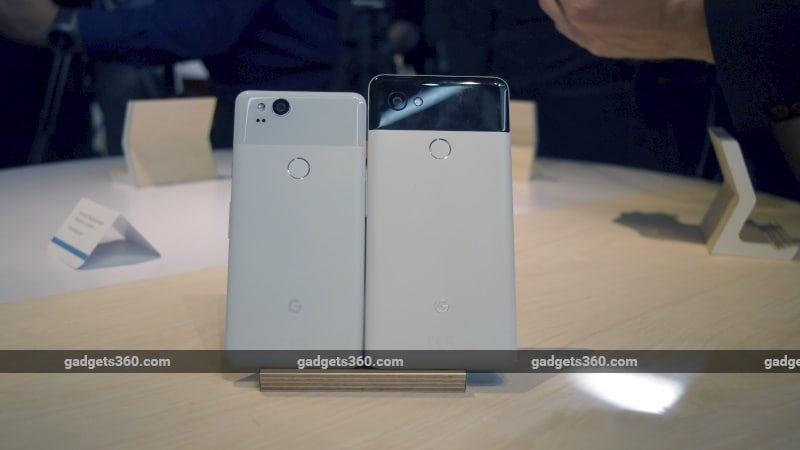 Since they are both OLED panels, there's an always-on display feature along with something called Now Playing, which taps into Google's AI capabilities to try to identify songs playing in the background, and you don't even need an Internet connection. We're told that Google stores an on-device library of tens of thousands of songs that are most likely to trend in your region, and this list is updated regularly. When we asked Google representatives how much storage space this database requires, we weren't given a specific number but only told "very, very little."

Button placement is comfortable on both phones, although reaching all of them requires a bit of shuffling your fingers on the XL. There's only a USB Type-C port at the bottom and a SIM tray on the left of each phone. There are no headphone sockets, which might disappoint some. However, Mario Queiroz, VP, Product Management, Hardware and Brian Rakowski, President, Android Platform, explained to Gadgets 360 that this was a long-term decision based on where smartphone design is headed. In order to fit in the larger displays and stereo speakers, and optimise battery size and antenna placement, the 3.5mm sockets had to go.

The software on new models is also tweaked a bit with a new homescreen. At the top, you'll see a snippet of your daily schedule, with reminders and appointments pulled from your calendar. The Google Search box has been moved to the bottom, where it's within easier reach of your thumb. It also stays in place as you swipe between homescreens. Google Assistant will be getting a lot more routines, which means you can program a set of tasks for it to perform automatically with a single trigger.

The Google Pixel and Pixel XL had one of last year's best smartphone cameras, and that continues with the Pixel 2 and Pixel 2 XL. In fact, these new phones have achieved a DxOMark score of 98, which beats the previously reigning iPhone 8 Plus and the Samsung Galaxy Note 8, which were tied at 94 points. That's a big jump, even compared to the original Pixels. Google managed this by breaking convention and sticking to a single camera. Rakowski told us that it's the combination of hardware and AI or machine learning, that has helped the Pixel 2 and Pixel 2 XL achieve this feat. Both phones have 12.2-megapixel sensors with wide f/1.8 apertures and Optical Image Stabilisation (OIS). During video recording, the phone uses a combination of OIS and EIS (electronic) to achieve more stability. While we didn't get a chance to try out how well this actually works outdoors, we did find that it only supports 4K at 30fps for now, which is a step behind the iPhone 8 which does 4K at 60fps. 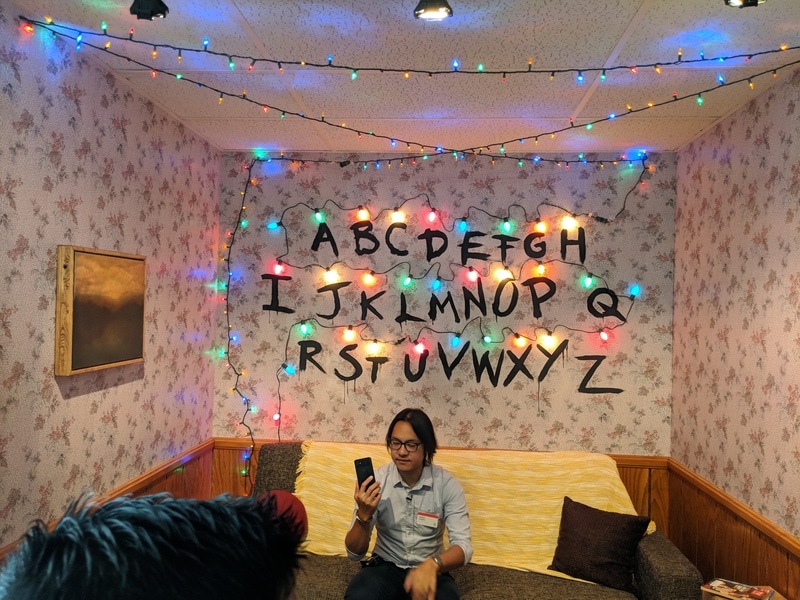 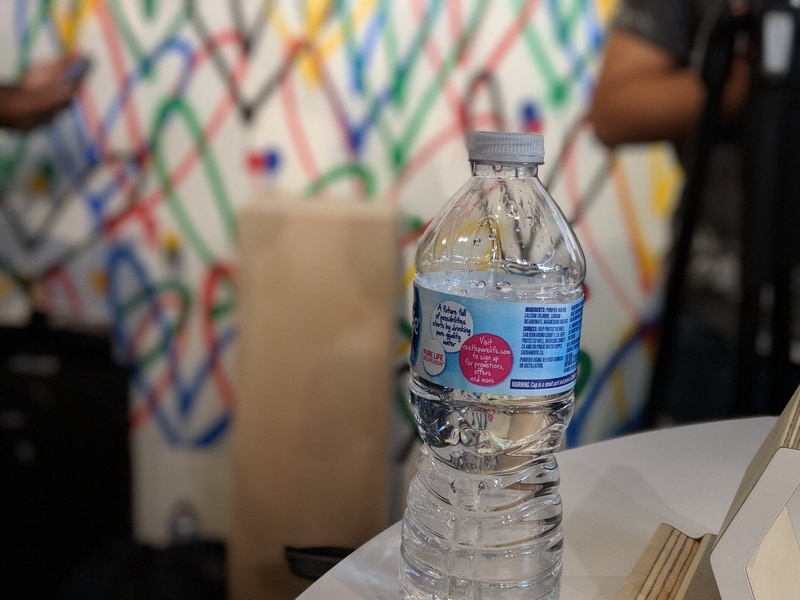 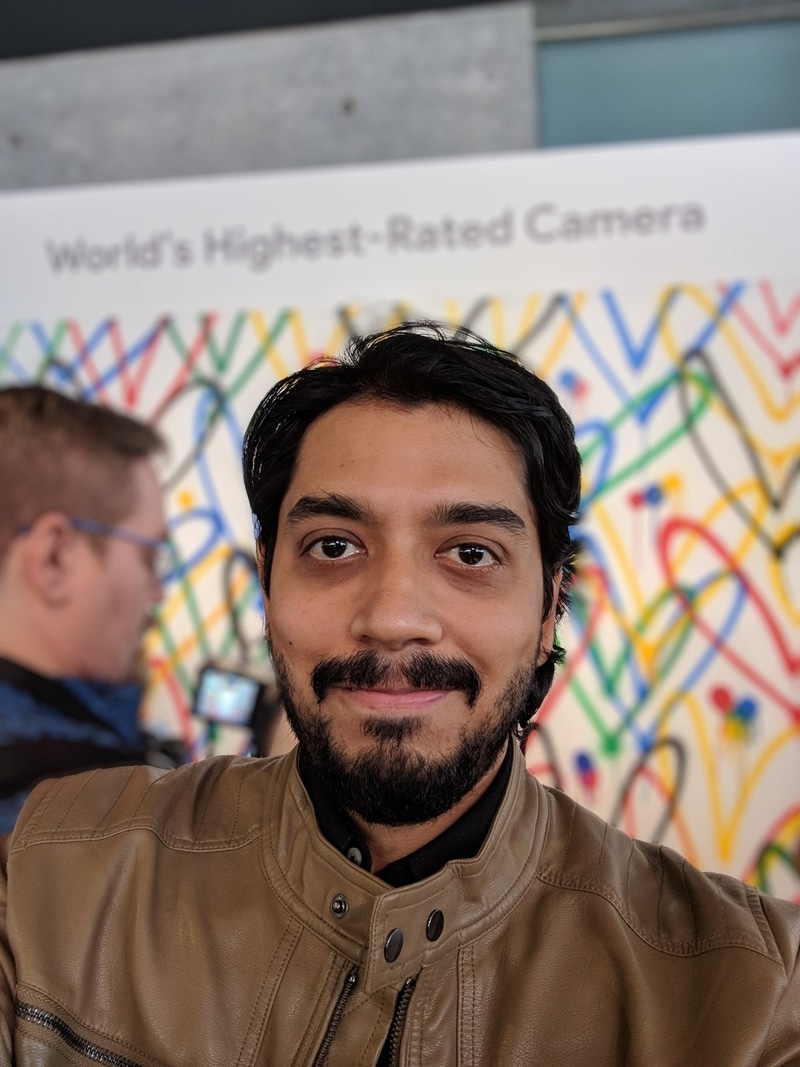 We did try out the single-camera portrait mode, which works with both the front and rear cameras. According to Google, machine learning is used in combination with the dual-pixel sensor to create a depth map and isolate subjects from their backgrounds. The result is pretty impressive when you consider that there's no secondary camera. We couldn't test out the camera too much but we'll be sure to put it through the ringer in our full review.

All of Google's new hardware announcements at its event were essentially a showcase of its prowess combining hardware, software and machine learning, with Google Assistant at the heart of it all. As CEO Sundar Pichai reiterated at the start of the keynote, we're all moving from a mobile-first world to an AI-first world, and Google is focusing on its ability to harness this. The new Google Pixel 2 and Pixel 2 XL are not the flashiest of smartphones to hit the market this year, but the company believes that they will set a new standard for user experiences which will be hard for anyone to match. 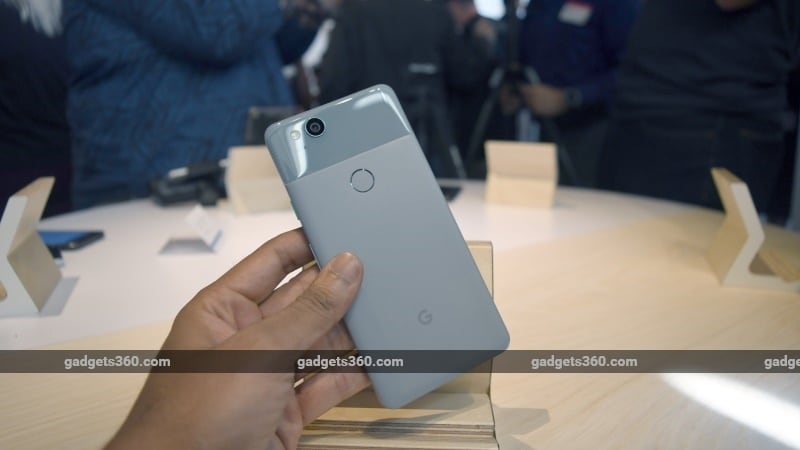 In India, you'll be able to buy the Pixel 2 and Pixel 2 XL from November onwards. Prices start at Rs. 61,000 for the 64GB Pixel 2 and Rs. 73,000 for the 64GB Pixel 2 XL, which makes them quite expensive. In a market dominated by Samsung and Apple, Google could have a tough fight ahead of it, especially considering that the first generation of Pixels didn't exactly fly off shelves. Queiroz told Gadgets 360, "We learnt quite a bit with the first Pixel in India and one of the things we're doing is increasing our marketing investment, really to explain the product. We've expanded the channel and from a go-to-market perspective, we'll be much more present this year compared to last year." Rick Osterloh, SVP Hardware at Google, added, "Our focus was online last year. People tend to not buy such premium products [online] so if people can see the device and experience it, it will help quite a bit."

This does mean that Google will be exploring the offline channel as well, which would partially explain the nearly Rs. 20,000 premium in India compared to the US pricing. Whether or not this will work out in Google's favour remains to be seen. The new phones look promising but we'll know for sure how they stand up against Apple and Samsung's top-end offerings only after we conduct our full review, which is coming up soon.