Gionee, a Chinese smartphone brand famous (or notorious) for pushing the boundaries of smartphone slimness, also makes affordable phones forbudget-conscious buyers. Gionee's Pioneer series of smartphones has been around for some time now and the latest entrant in this range is the Pioneer P6. It is the most expensive phone in the Pioneer range.

On paper, the Gionee Pioneer P6 has a mediocre set of specifications when compared to the competition but we have put the phone through a battery of tests to find out if the specs actually matter. Read on to find out the results. 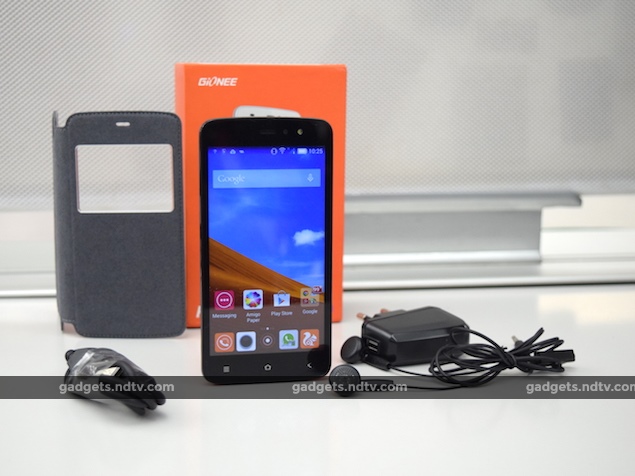 Design and display
The Gionee Pioneer P6 looks quite like any other Android smartphone with a candybar design. The plastic rear of the phone has a metallic finish similar to a few mid-range LG phones and its flagship from last year, the G3. This finish actually makes the Pioneer P6 look premium when compared to other phones in the same price range.

The Pioneer P6's thickness of 8.6mm combined with the weight of 150g makes it a hefty. But having said that, it is reassuring to hold. However, the glossy rear, more often than not, caused the phone to slip from our hands. The body of the Pioneer P6 is made entirely of plastic but Gionee adds a dash of character with a metal trim that runs along the edges of the phone.

A Micro-USB port sits on the bottom of the phone whereas the 3.5mm jack is on the top. The earpiece, front camera and a supporting flash are lined up above the display. Gionee has implemented a row of capacitive buttons below the screen for navigating through Android OS. The power button and the volume rocker are placed on the right edge, and both these physical buttons offer decent tactile feedback. The primary camera and the flash are on the rear along with the speakers. Removing the cover reveals an orange battery, two slots for Micro-SIM cards and a microSD card slot.

The Pioneer P6 has a 5-inch TFT screen with a resolution of 480x854. The display has no toughened glass for protection. We could see pixellation thanks to the low pixel density of 194ppi, the colours looked muted and the viewing angles were completely off. Even the sunlight legibility was not too great. Considering that Gionee generally makes good displays we think the company has missed a trick here. 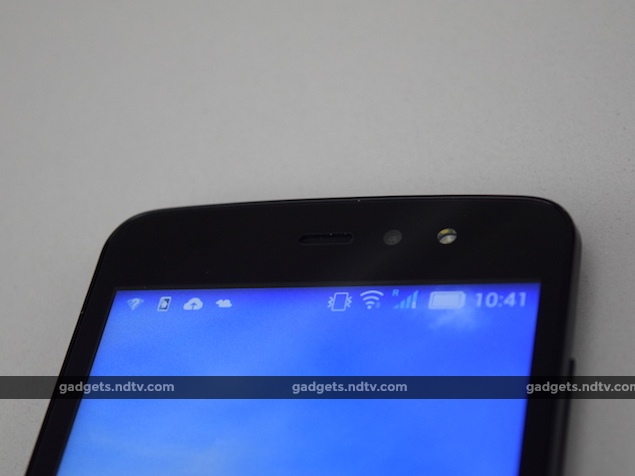 Specifications, software and camera
The Pioneer P6 is powered by a Mediatek MT6582 SoC, commonly found in budget smartphones these days. It includes a 1.3GHz quad-core processor and Mali 400 GPU. There is 1GB of RAM and 8GB of internal storage space for apps, documents and data in general. However, only around 4GB of the 8GB space is available for the user. One can add up to 32GB of more storage space using a microSD card. 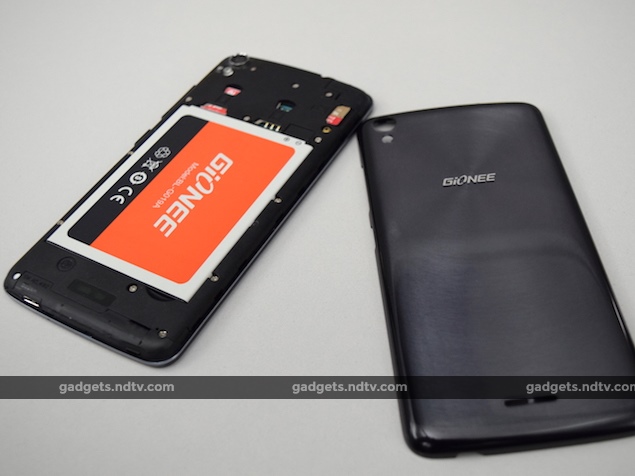 The phone has a 5-megapixel primary camera with a flash. Interestingly, even the 2-megapixel front camera has a flash. The Dual-SIM setup of the Pioneer P6 works in dual-standby mode. The rest of the connectivity options are Wi-Fi a/b/g/n, Wi-Fi Direct and Bluetooth v4.0 with A2DP. A 1950mAh battery inside the phone provides the juice.

Unlike Gionee's flagship devices, the Pioneer P6 doesn't use the Amigo UI skin with an app drawer. Instead, the Amigo UI skin on top of Android 4.4.2 running on the Pioneer P6 is similar to the implementation saw on the Marathon M3 (Review | Pictures). Head over to our review of the phone to read more about this UI in detail. In short though, we still think you'd be better off uninstalling all the bloatware Gionee bundles with the phone. 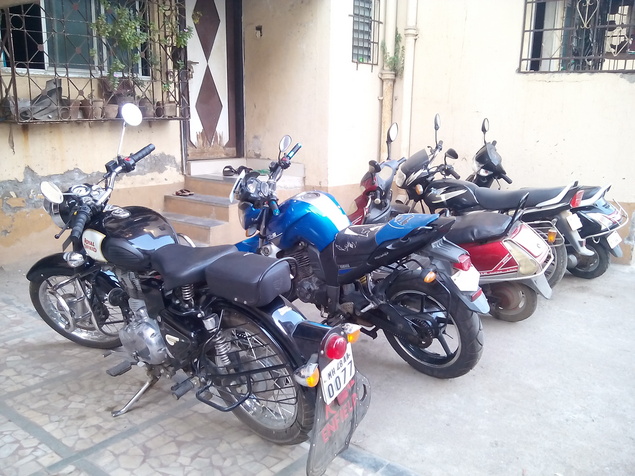 The 5-megapixel camera shoots images that look good when scaled down on the phone's screen. On closer inspection we noticed that there was some noise even in daylight shots. On the other hand, the images had natural colour reproduction. Surprisingly, the camera also handled bloom really well. In fact, the HDR mode ended up over-exposing images rather than improving quality. In low light, the camera tries hard but it struggles; our sample images were unusable due to excessive noise. The front camera takes serviceable selfies. The quality of the captured 1080p video wasn't too great either.

Performance
In daily usage, the Pioneer P6 used to stutter and hang on us frequently. We had noticed a similar problem with the Marathon M3's performance. Opening multiple apps stressed the processor and RAM so much so that the phone eventually gave up functioning. Heavy games like Asphalt 8 and Dead Trigger struggled to run without skipping frames or slowdowns. Casual games worked fine.

The benchmark numbers, on the other hand, were slightly better that what we've seen from other phones with the same processor, probably because the Pioneer P6 uses a lower resolution screen. In AnTuTu and Quadrant, the phone scored 19,790 and 6,956 points respectively. The phone also scored 9.6fps and 3,235 in the GFXbench and 3D Mark Ice Storm GPU tests. 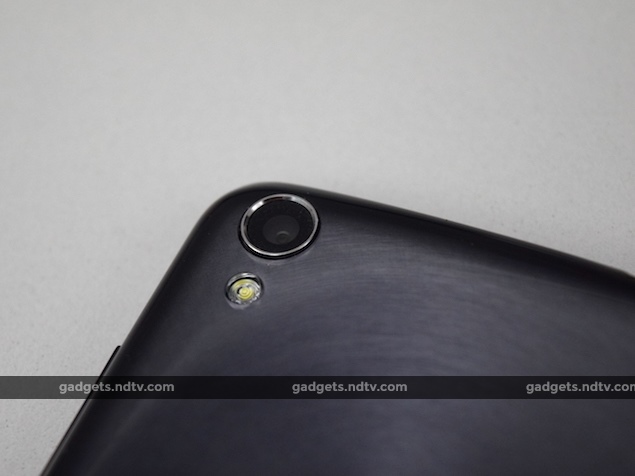 The phone played all the videos we threw at it without breaking a sweat and the sound quality of the loudspeaker was pretty decent too. The bundled headset has an uncomfortable fit and doesn't sound too great either. We tried our reference earphones and found that the sound quality improved drastically. The call quality of the phone was pretty good, and both the caller and the receiver sounded crystal clear. In our video loop battery life test the phone lasted 8 hours and 42 minutes, which should translate to a day's worth of real world usage.