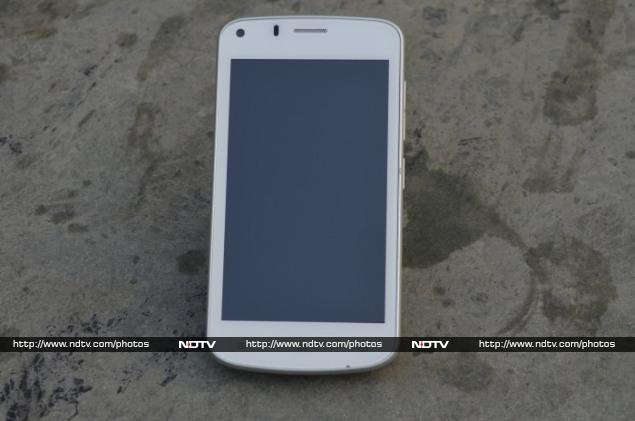 Chinese device maker Gionee has made a lot of buzz in the Indian smartphone market with its latest offerings in the premium as well as budget segment. This Chinese brand not only seems to be targeting brands like LG, Samsung, Sony, HTC with its premium offerings like Elife E7, Elife E6, but also it looks to be taking on Indian device makers like Micromax, Karbonn and Xolo with its budget smartphones.

Gionee is a known brand when it concerns the Chinese smartphone market. Here in India, it is trying to make a mark with its offerings for different price segments, offering decent hardware specifications offering at an economy price.

Gionee Pioneer P3 is the company's latest smartphone in the less than Rs. 10,000 segment. The quad-core offering by Gionee is priced at Rs. 7,499, and runs on Android 4.2.

Is the Gionee Pioneer P3 worth its asking price? We find out in our detailed review.

The Gionee Pioneer P3 is available in Black and White colour variants, and we had a chance to review the White variant. 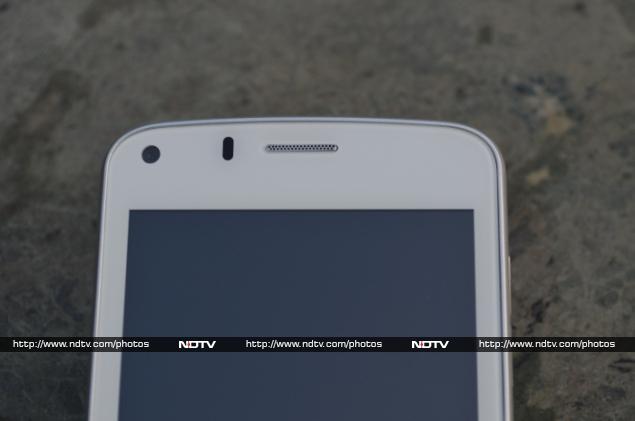 The Pioneer P3 with its candy bar form factor with rounded corners looks very similar to most of the smartphones available at this price.

The combination of the white and silver is something we see in almost all other smartphones these days. The Gionee Pioneer P3's body is completely plastic with the matte-silver metal finish on the rounded edges.

The plastic back of the Pioneer P3 is glossy and is prone to fingerprints. Since we only had the White variant with us, we are not sure about if the Black variant has the same glossy back panel, or a matte-finish one. 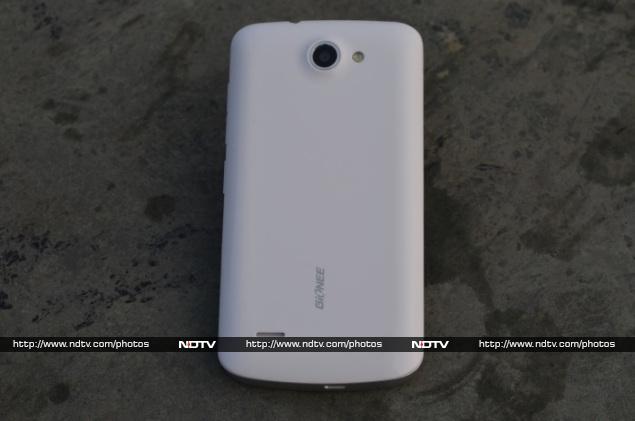 The front of the Gionee Pioneer P3 features a 4.3-inch display, with the sensor array near the earpiece grill alongside a 0.3-megapixel front-facing camera. The three capacitive touch buttons, namely the menu, home and back key, are located below the display.

The volume rocker key and the Power/Screen lock key are located at the right side of the Pioneer P3. The 3.5mm headset jack is located on the top edge, and the Micro-USB port for computer connectivity/charging is located on the bottom edge. 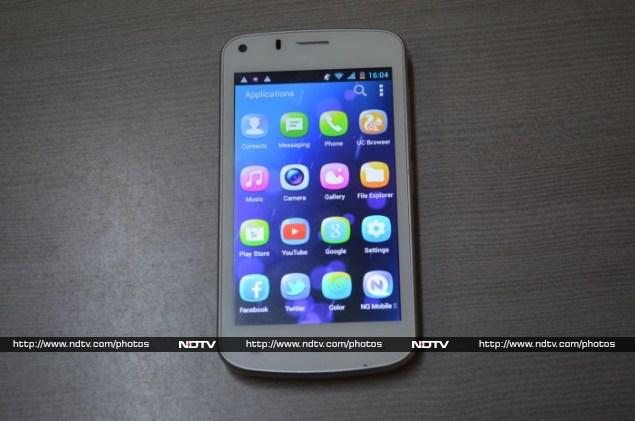 The Gionee Pioneer P3 features a 4.3-inch WVGA 480x800 pixels resolution display. The display and supports 16 million colours, but company doesn't specify the pixel density it offers, though a rough estimate puts it at 217 ppi.

The LCD display is very decent to look at, with a high contrast and decent brightness. Text is clean and sharp, so there is no problem there. The display reproduces colour well and had good deep black levels.

However, when it comes to watching videos, you can clearly see the pixilation, due to the low resolution. The viewing angles are not great either, but the sunlight legibility is good for the segment. The screen is not reflective, and on full brightness, it is quite sufficient.

Overall, the Gionee Pioneer P3 has an average display to offer, one that's not too bad at the price.

Gionee Pioneer P3 sports a 5-megapixel rear autofocus camera with LED flash and also includes a 0.3-megapixel front-facing camera. You can customise the volume keys for shooting pictures or for zooming purpose.

The phone comes with a customised camera app, which lets you play around different settings. The Pioneer P3's camera app also supports continuous shots, taking up to 99 shots in that mode, apart from supporting self-timer, gesture recognition, geo tagging and face detection. It lets you to capture photos in HDR and various other modes like eraser, best face, face beauty, best shot and EV bracket shot.

It also comes with a 'Phone Booth' setting that lets you superimpose fancy picture frames with photos. In addition to this, the Pioneer P3's camera app also features various white balancing preset and colour filters.

The Gionee Pioneer P3's camera takes decent quality images in daylight for a 5-megapixel camera. However, the pictures taken in low-light conditions did not come out well and remain grainy. 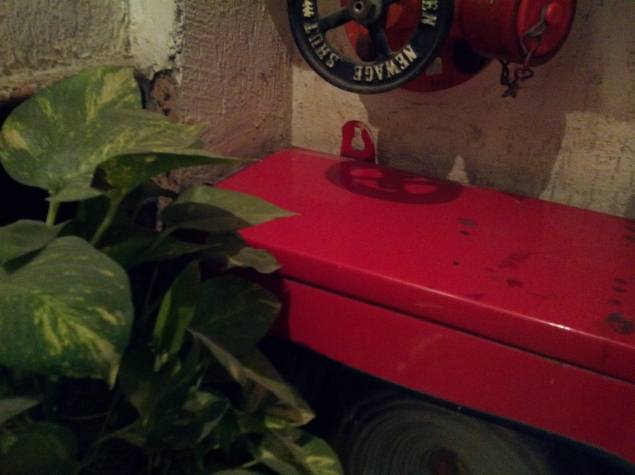 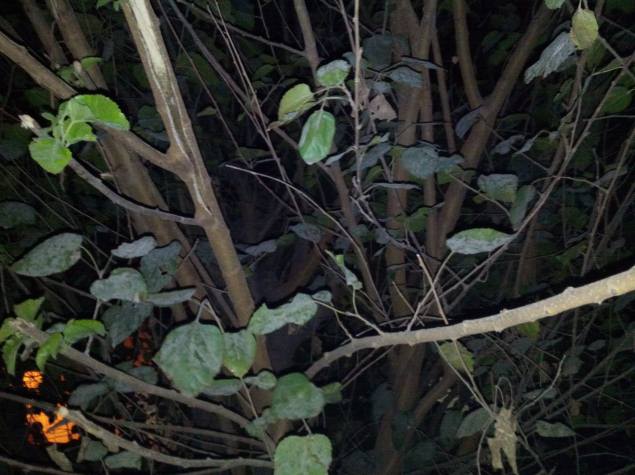 The quality of the captured video was average for the daylight condition, and it picked up ambient sound pretty well.

The 0.3-megapixel front camera on the Pioneer P3 is not something that should be used for selfies, but is okay for video calls.

So while the camera of the Gionee Pioneer P3 is not the USP of the device, it is an average offering overall.

The lockscreen on the Pioneer P3 is the basic Jelly Bean lockscreen, from where you can directly access the camera. Also the phone's lockscreen has five widget pages in total, out of which four are customisable and one is by default featuring the camera widget. You can set these screens according to what you need more often. 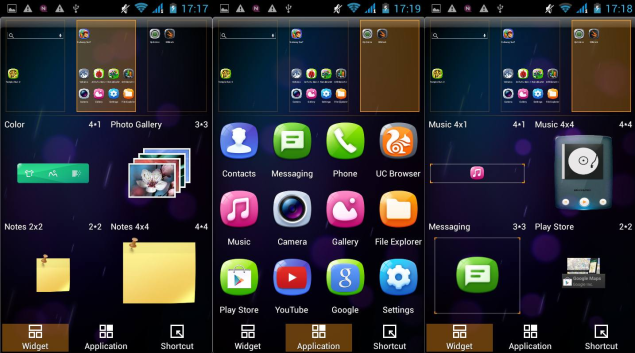 Few changes done to the Pioneer P3's interface by the company are first noticed with the dialler and the home screen customisations. The dialler is not stock Android. You can also add widgets, applications and shortcuts to the five home screens by touching any home screen for a little longer.

The music app on the Gionee Pioneer P3 is very colourful. The app comes with little settings like a sleep timer and shake function for changing the music, but misses the basic equaliser feature.

Along with the Play Store where you can download all apps, movies, books and games, there is an additional GameZone on the Gionee Pioneer P3, just like the Play Store, but only for games. You can choose from different categories like action sports shooting etc. or from the Top, featured, new and free games. A few games come pre-installed on the phone, such as Texas Poker, Wonder Zoo, Uno and Friends, and Little Big City, to name a few. 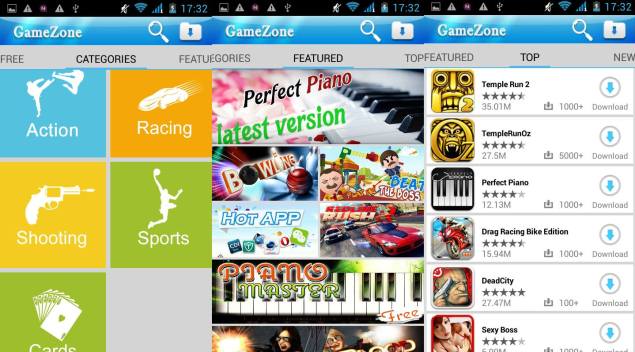 The Gionee Pioneer P3 is powered by a quad-core 1.3GHz Cortex A7 chipset, along with 512MB of RAM. The quad-core offering at this price point makes the phone stand out. Scrolling through the screens was quite quick and smooth. Applications loaded quickly as well.

Surfing the Internet on the Pioneer P3's native web browser was pretty decent and pages rendered quickly too. At times however, YouTube videos took a little longer to load, and froze more often than normal due to screen rotation.

Games like Temple Run 2, Subway Surfer played out very nicely expect sometimes the game minimised on its own, leaving you wondering what happened. In these cases, the game did not crash, but was only relegated to the background.

A constant complaint we had during our usage was multi-tasking, the meagre 512MB of RAM was quite definitely the bottleneck here, for the Pioneer P3's quad-core specifications.

The Pioneer P3 includes 4GB of inbuilt storage, out of which only less than 2GB is user-available, although it supports expandable storage up to 32GB via microSD card.

The phone supports dual-SIM (GSM+GSM) functionality. Call quality and headset speaker volume on the Pioneer P3 was decent both indoors and outdoors.

It packs in a 1700mAh battery that according to the company will provide 'exceptionally lasting usage'. Although the Pioneer P3's battery did not perform that well when it came to heavy usage and gaming, but it did last for a day with average usage. 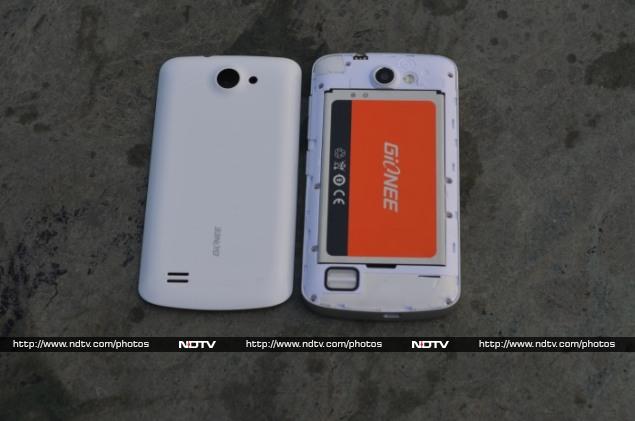 To be more specific, heavy usage entailed constant 3G connection, one and a half hours of gaming, full brightness, Wi-Fi running in the background, with push notifications from WhatsApp and Facebook. From a full charge, the Gionee's battery discharged to 10 percent in about five hours - not too bad. You could achieve better battery life if you varied your usage, such as auto-brightness, and constant 3G.

Another point worth mentioning, is that the Gionee Pioneer P3 heats up quite a bit during heavy usage/gaming, but it doesn't become uncomfortably hot.

The quality of audio on the Pioneer P3's headphones is decent, and the output via loudspeakers is not that bad either, but could have been a little better though.

The Gionee Pioneer P3 is a budget smartphone with a quad-core processor to flaunt. The phone is certainly capable of handling average routine multitasking and doesn't trouble you for that. With its decent plastic build and finish, it doesn't feel cheap, unlike many other products in the segment. Also with the average screen size, the phone will fit in most pockets.

Considering that the phone is less than Rs. 8,000, the Gionee Pioneer P3 is quick and smooth. While the camera is quite mediocre, it's not too bad an offering in this segment. We had our share of complaints over the average video playback quality. This is something that needs to be ignored if you are looking to purchase this phone. 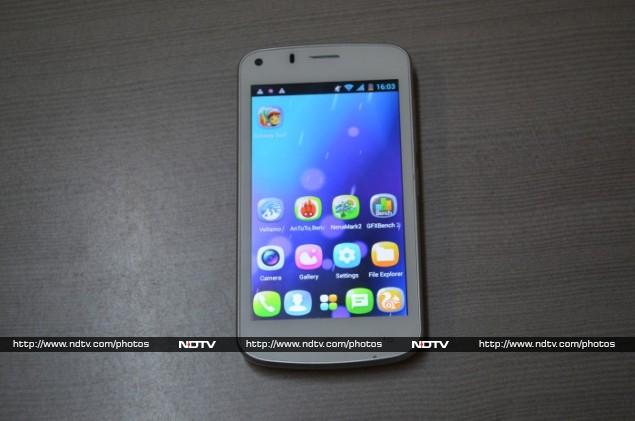 Overall with its minimalistic user interface customisation and a decent processor for multitasking, the device is something worth considering for a price of Rs. 7,499. If you are willing to extend your budget slightly however, you could look at the Zen Ultrafone 701HD, which is priced at roughly Rs. 8,500 in the market, and offers better overall performance.

If you are looking for a capable smartphone in the same price range, and don't mind the Windows Phone 8 platform, the Nokia Lumia 520 is a great offering at a similar price, offering better build quality, overall user experience, and camera.