No matter how big the battery on any smartphone, it degrades over time. If your smartphone lasts a whole day on a single charge when it's fresh out of its box, then one year later its battery life will be significantly less. The Gionee Marathon M5 Plus, which the company unveiled at a special event in Dongguan, China this week, tries to solve this problem. Gionee claims that the smartphone's battery will retain 90 percent of its capacity after 600 charging cycles, which translates to roughly two years of use.

The biggest challenge for Gionee's Marathon series is to ensure that the devices aren't too bulky or heavy for people to use. At 208g, the Marathon M5 Plus is lighter than the M5. Even though it will feel very heavy to those used to ultra-light phones, most phablet users won't find the weight unbearable. The tradeoff is battery life, so those who buy this smartphone should not expect it to be a featherweight.

The Marathon M5 Plus has a metal body, which lends it a sturdy, premium feel. On the right are the power and volume buttons, along with a tray for two SIM cards and a microSD card. The buttons are also made of metal, which is a plus. 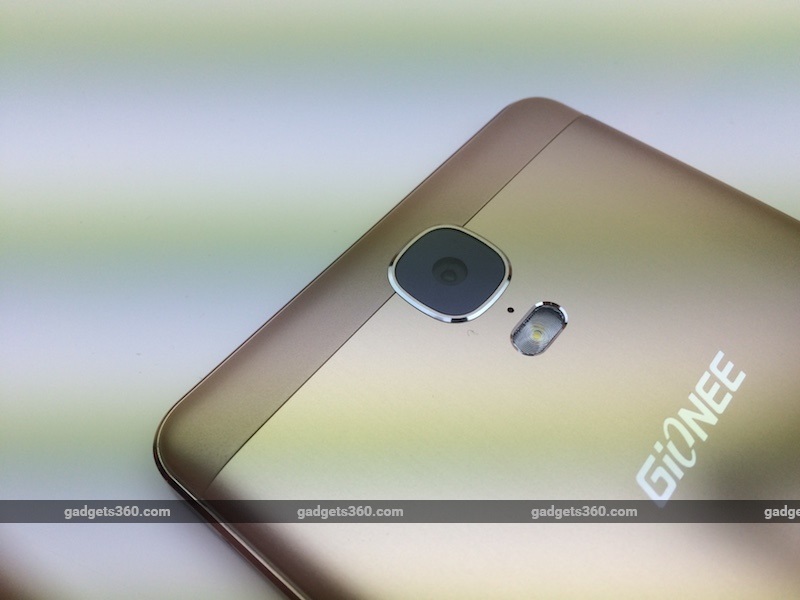 The fingerprint scanner is flanked by two soft buttons (back and app switcher). The base of the smartphone has a USB Type-C port. The new USB standard lets users plug their cables in either way, and a slew of Android handset makers have adopted it. 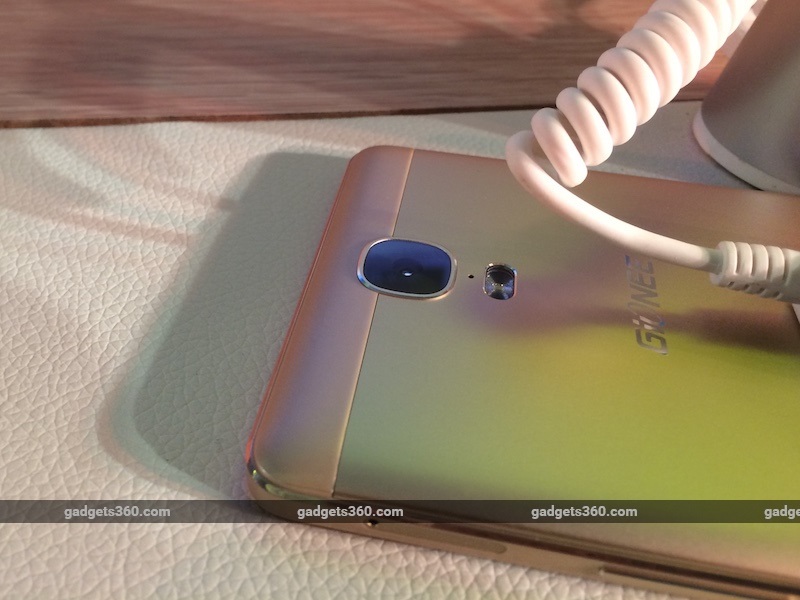 The 368ppi display on the Marathon M5 Plus, which has a resolution of 1080x1920 pixels, looked quite sharp to us. It's definitely an upgrade over the lower-resolution display on the Marathon M5. It has a 13-megapixel rear camera and a 5-megapixel front camera. While pictures taken with both cameras looked good on the smartphone's screen, we'd wait will we can conduct a full review before judging the camera. The Marathon M5 Plus ships with Amigo 3.1 OS, which is based on Android 5.1 Lollipop. It doesn't have an app drawer, so all apps are displayed on the home screens.

Gionee CEO William Lu said at the launch event that the smartphone will come to India only after the Chinese New Year, which falls on February 8, 2016. The final hardware and software specifications of the India variant of the Marathon M5 Plus might vary from those of the device we saw in China. Stay tuned to Gadgets 360 for a detailed review of this smartphone.