First, there was the Coolpad Note 3 (Review) in late 2015. Then, the Note 3 Lite (Review) and Note 3 Plus (Review) were launched. All three were fairly similar, with only a few specs changed in order to meet different price points and keep up with the competition. Now, however, Coolpad has decided to resuscitate this product line and launch the Coolpad Note 3S, which is quite significantly different, but aims to capture the same market.

A lot of time has passed since the first Note 3 model, so the company needs to offer much more than the fingerprint sensor which made the original something of a trailblazer for budget smartphones. This particular phone will take on some very tough competition from Xiaomi, Lenovo, Huawei, Asus and Motorola, amongst others.

The Coolpad Note 3S is available in gold and white. We had the gold version in for review, and we must say it looks more like brown in person. That doesn’t mean it’s bad – in fact it stands out in the very crowded market. The glass panels on the front and rear both taper slightly starting about 1cm from each edge, rather than right where they meet the phone’s frame. There are reflections no matter which angle you look at this phone from, which make this phone look like it’s bulging outwards when it actually isn’t.

The front face of the Coolpad Note 3S has a subtle dotted pattern that you can see only if you look at it really closely. Unfortunately, the Android navigation buttons below the screen aren’t backlit, and this makes them even harder to locate than usual. The rear is fairly plain, but is marred by a sticker with certification information that we’re sure most people will just peel off. We also wish that the camera hadn’t been protruding, because it detracts greatly from the curved glassy look. A single slit near the bottom replaces the usual speaker grille. 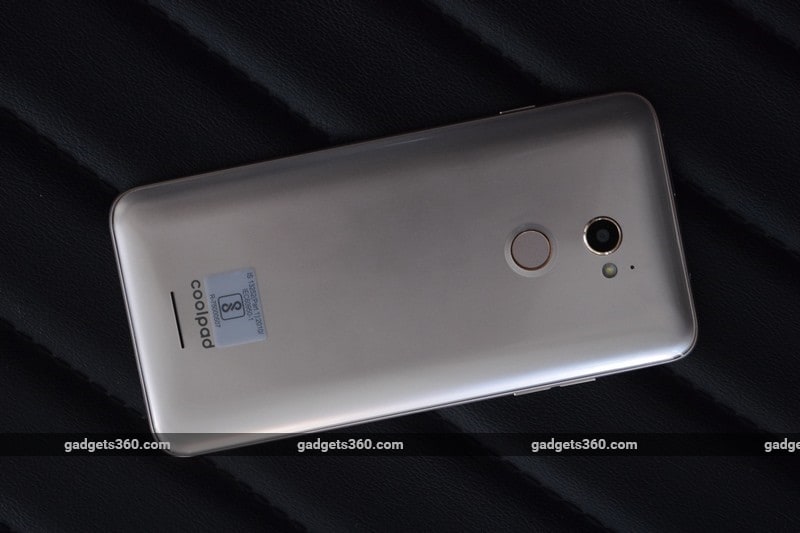 The power button is on the right, but the volume buttons are on the left, which is somewhat unusual for Android phones. There’s a Micro-USB port on the bottom, which is now starting to feel a bit old-school. There’s a 3.5mm audio socket on top, and a hybrid SIM tray which will take either two Nano-SIMs or one Nano-SIM and one microSD card.

Coolpad says that the sides of the phone are made of an aluminium alloy, and we’ve seen this kind of curvy shape plenty of times before. The phone fits nicely in a palm, but one-handed use is a bit tricky and unsure because the glass rear makes it a bit difficult to maintain a solid grip.

Coolpad does include a simple translucent plastic shell in the box to solve this problem, but it covers up the glass and makes using the recessed fingerprint sensor on the rear a bit awkward. Interestingly, the adhesive screen protector in the box has notches in its corners so that it can stick to the curved glass without getting pinched. There’s also a basic 1.5A charger, Micro-USB cable, and headset in the box.

While the Coolpad Note 3S doesn’t offer the triple-SIM functionality of the Mega 3 (Review), the rest of the specifications are somewhat improved. To start with, there’s a Qualcomm Snapdragon 415 SoC which has eight cores running at 1.36GHz. This is a fairly dated processor and represents nearly the bottom of Qualcomm’s stack of offerings, but it does have the relatively powerful integrated Adreno 405 GPU for graphics.

There’s 3GB of RAM and 32GB of storage, which can only be bumped up by a further 32GB, that too at the cost of a second SIM. The screen measures 5.5 inches and has a resolution of 720x1280, just like the Coolpad Mega 3. We’ve seen a few models with full-HD screens at this price, including Coolpad’s own Note 3 Plus which launched in the middle of last year priced at Rs. 8,999 but doesn’t appear to be available anymore.

There’s a 13-megapixel camera on the back and another 5-megapixel one on the front. As with the rest of the Coolpad Note 3 line, there’s a fingerprint sensor on the rear. The battery capacity is just 2500mAh, which seems a bit low. Other than these things, you get the standard Bluetooth 4.0, Wi-Fi b/g/n, LTE, and sensors. There are no perks like quick charging.

According to all of Coolpad’s launch materials, you’re supposed to get Android 6.0 with the CoolUI 8 skin; exactly the same as what we saw on the Coolpad Mega 3 which launched at the same time. However, our review unit appeared to be running stock Android – complete with its app drawer rather than a single-layer UI, and the quick settings in the notifications shade rather than an iOS-style panel at the bottom of the screen. We couldn’t find any mention of CoolUI even in the Settings app – the only non-stock touch we could find was the homescreen customisation controls, including the ability to change the icon grid spacing and scroll effects. While we prefer stock Android, it is true that custom skins have some features that people like having, such as shortcuts and customisation options. It remains to be seen whether Coolpad will ship units with CoolUI in the future.

We’re happy that there isn’t as much preloaded bloatware as usual. There’s still the spammy Cool Store and the non-functional Cool Service as with the Mega 3, but the only others are AppLock, which lets you secure individual apps using a fingerprint, and Reos Music, a fairly interesting music and video player with YouTube, FM and online radio, and even a track ID service built in.

If your needs don’t extend beyond voice calls, texting and a bit of social networking, you won’t find anything lacking about the Note 3S. However, if like us you tend to run a lot of apps and games and jump between them, you might feel that load times could be a bit snappier and transitions a bit smoother. Asphalt 8 ran fluidly enough, but there was a lot of waiting while the phone loaded individual races.

Benchmark tests showed that while the Snapdragon 415 isn’t exactly a heavy lifter, this phone can do more than some others at this price level which are based on even weaker MediaTek processors. AnTuTu returned a score of 38,313 while Quadrant gave us 12,628 and Geekbench’s multi-core score was 1,547. Graphics performance was particularly strong for this price segment, with an average of 20fps in GFXBench’s T-rex test and 4,636 points in 3DMark Ice Storm Extreme. 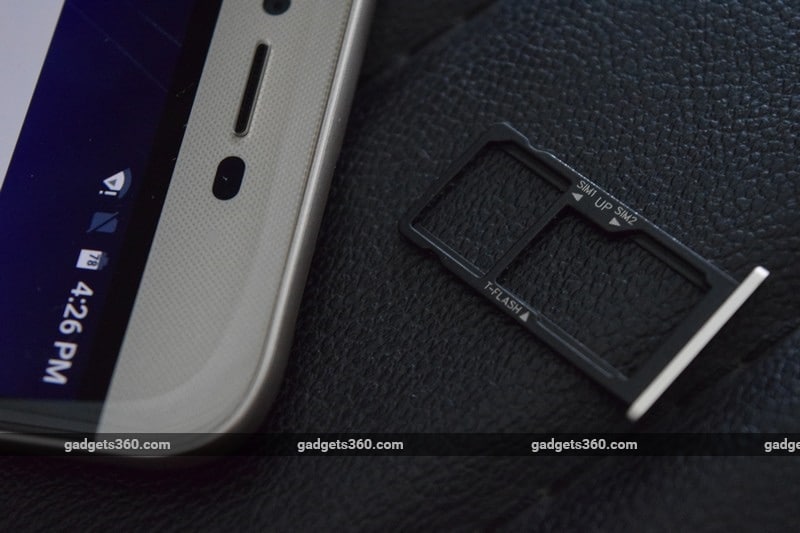 As expected, reflections were a pain throughout our test period. Viewing angles aren’t too bad, but you can’t always see the far edge of the screen because of this glass. If you’re serious about watching movies and playing games, this might be a problem. The screen itself is fairly good – colours could have been a little richer, but the sharpness and overall quality are more than enough. Sound through the speaker at the back is clear, but lacks bass. On the other hand, the bundled headset is honestly quite awful, making voices sound muffled and music unbearable.

Coolpad’s camera app is a clone of the iOS app, with the same look and button layout. In our experience with it, there was a tiny bit of shutter lag, and the phone had trouble focusing when we tried to take close-up shots. There’s an obligatory Beauty mode, though it works with both the front and rear cameras. There’s also a Pro mode in the app which lets you focus manually and set the white balance, ISO, exposure time and saturation, which allowed for some interesting results.

Photos were generally very crisp, with reasonably good detailing but somewhat muted colours. Nighttime shots varied a lot depending on the amount of ambient light there was available, and also tended to be noisy and soft in terms of focus. Video recording goes up to 1080p with 720p as the default, and quality was generally okay – just like stills, video taken in the daytime was far clearer and more useful. 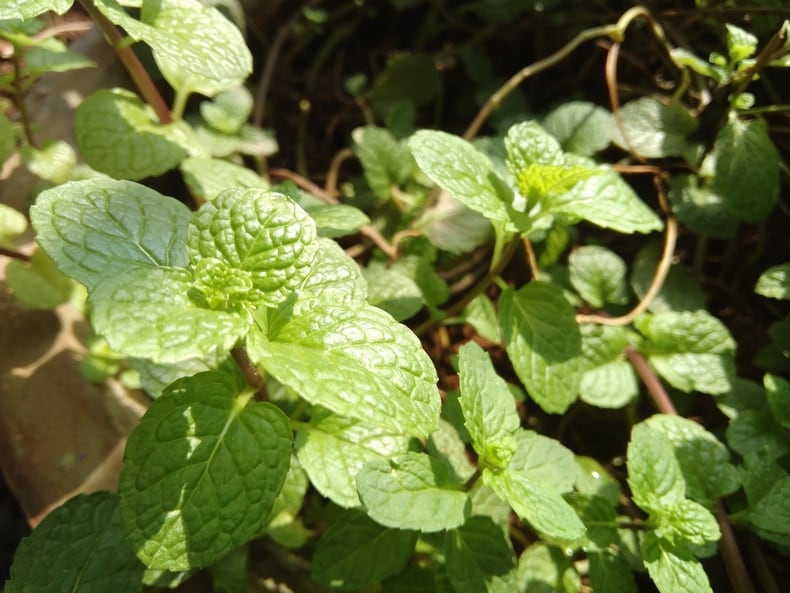 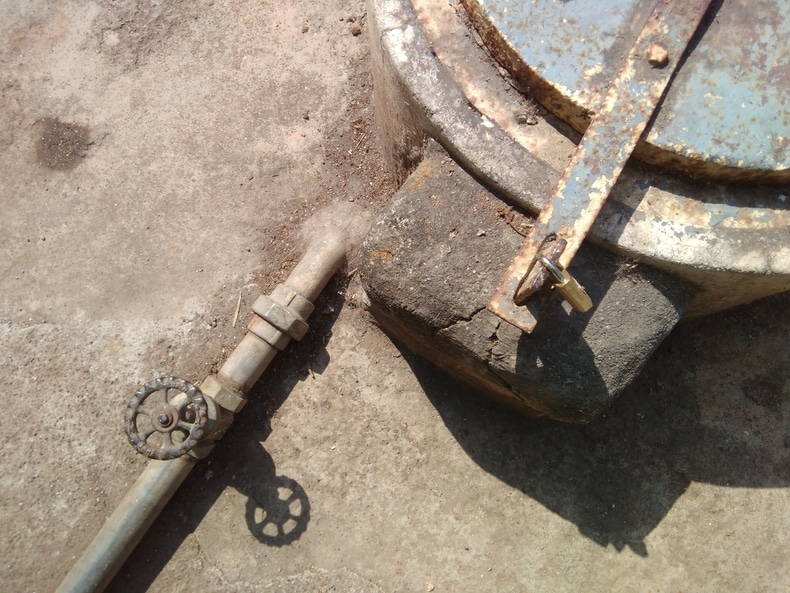 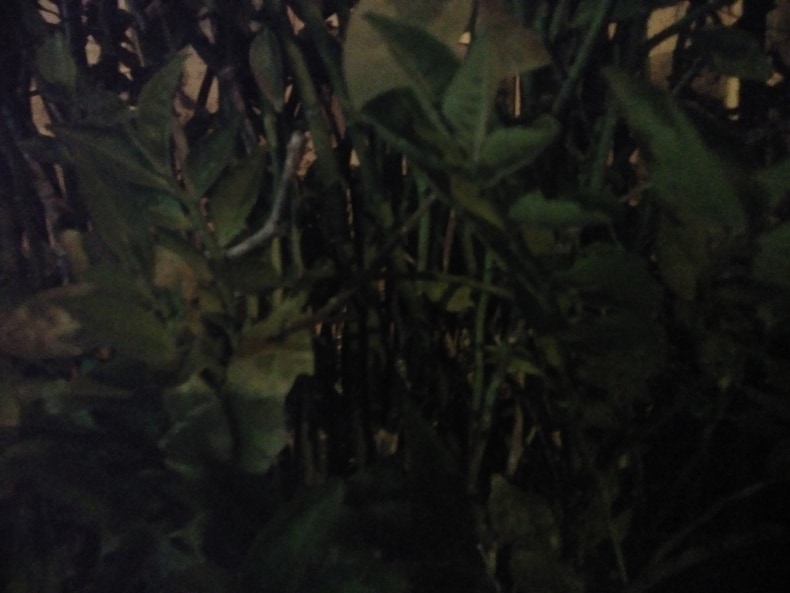 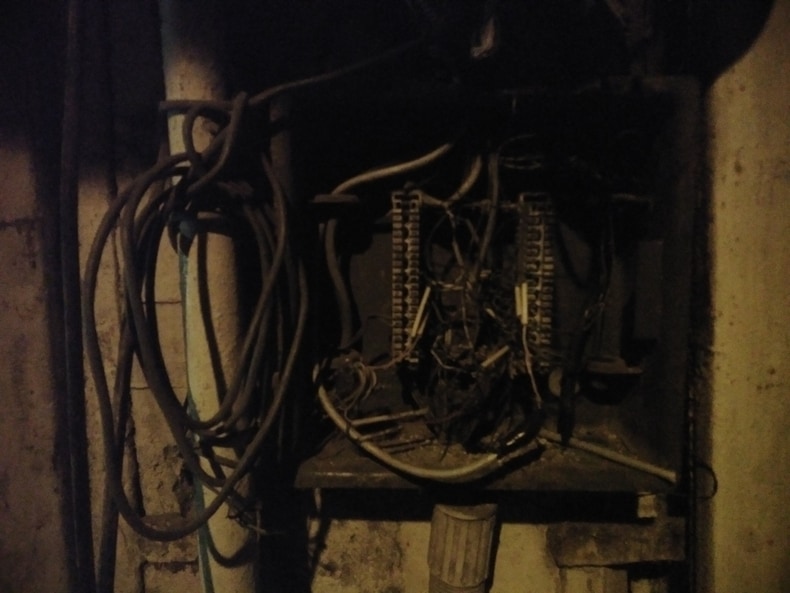 Battery life was underwhelming, as expected, because of the low battery capacity. We struggled to make it to the end of a day with basic usage involving a bit of video streaming and browsing the Web. Even charging was frustratingly slow – we could only get up to about 40 percent after being plugged in for two hours. Our HD video loop test lasted only 7 hours and 52 minutes.

Verdict
It’s interesting to note that the main differences between this model and the now-discontinued Note 3 and Note 3 Plus are all on the outside. In some ways, such as screen resolution, microSD card support and battery capacity, this phone is actually a step backwards from the Note 3 Plus – which even cost Rs. 1,000 less at launch. Either Coolpad has decided to prioritise looks over features with the Rs. 9,999 Note 3S, or inflation has taken a bite out of its spec sheets.

In terms of both features and performance, the Coolpad Note 3S doesn’t match up well against today’s category leaders, particularly the Xiaomi Redmi 3S Prime (Review). The only thing that really sets this phone apart is its rounded-edge glass, which admittedly gives it a unique look.