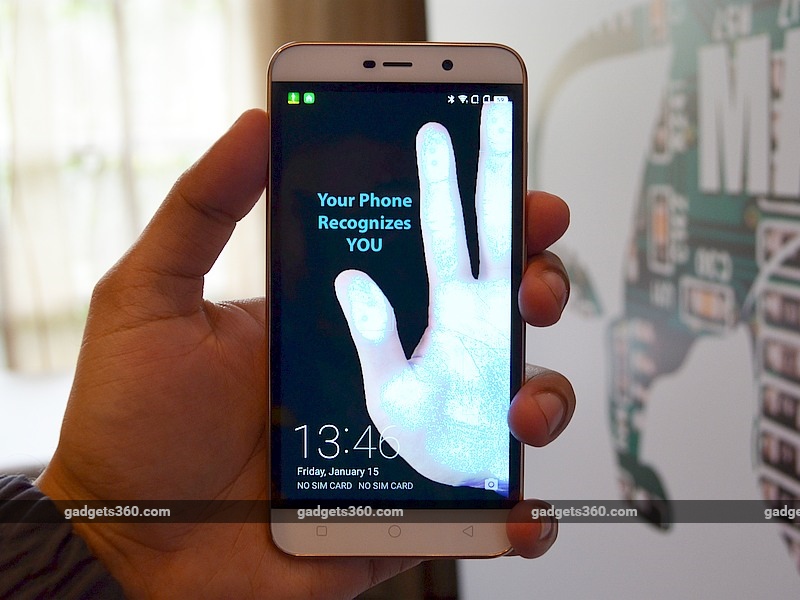 Coolpad, a tech company that is still taking baby steps in India, announced last year that it would soon launch its first 'Made in India' handset. As promised at the time of announcing the Coolpad Note 3, the company on Friday introduced a variant called the Coolpad Note 3 Lite, which is manufactured in India in partnership with Videocon. The Chinese firm continues its tie-up with Amazon for exclusive sales of the device. Priced at Rs. 6,999, the Note 3 Lite will be available through scheduled flash sales starting on January 28.

The Coolpad Note 3 Lite is a budget smartphone, but still packs a number of features and some specifications that customers look for in mid-range handsets. Although on paper it is not as powerful as its elder sibling, it does leave us with some overall positive first impressions. It is also one of the least expensive smartphones in India with a fingerprint sensor.

The design of the Coolpad Note 3 Lite is not ground-breaking and we have already seen similar things from several other budget smartphones. It has a white polycarbonate body with a golden rim running around the edges. Measuring 140.8x70.4x8.9mm, the device's power and volume buttons are easy to reach with one hand. Typing is also easy on the Coolpad Note 3 Lite's stock Google Keyboard. Although the white rear shell is removable, you cannot remove the battery. The grip is good not only because of this phone's compact size, but also due to the texture of the shell. The smartphone has two Micro-SIM slots and supports dual-standby and 4G LTE (Indian bands) on both. A single speaker is placed towards the bottom of the rear, and the fingerprint sensor is just below the rear camera. 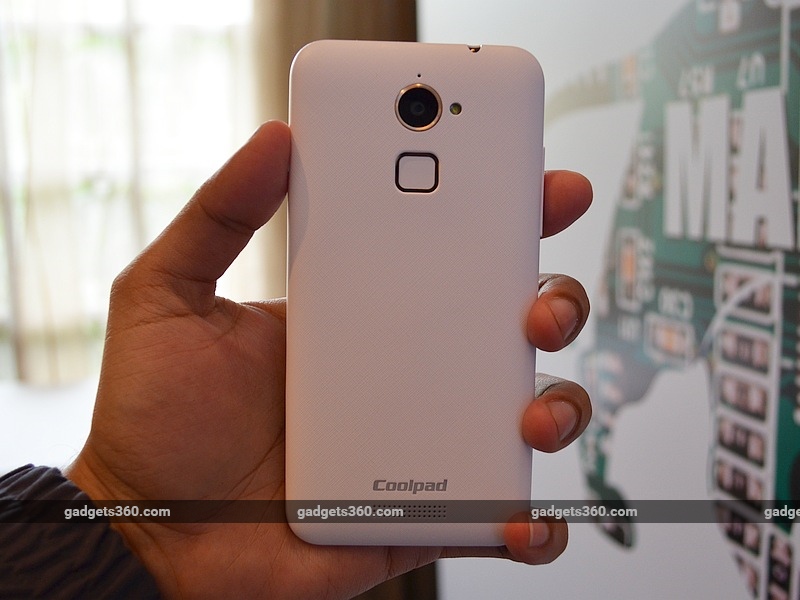 The Coolpad Note 3 Lite has a 5-inch IPS screen with HD (720x1280 pixels) resolution. The screen is bright with a reasonable pixel density of 293ppi and claimed 178-degree viewing angles, but is barely viewable under direct sunlight. Although the text and images are not as sharp as seen on phones with full-HD displays, this seems to be good deal given the price point.

As far as the performance is concerned, the Note 3 Lite runs smoothly. In our limited time with the smartphone, we tried several apps and websites, and encountered no lags. Switching between apps was also stutter-free. The device packs a 64-bit quad-core MediaTek MT6735 processor clocked at 1.3Ghz with an integrated Mali T-720 GPU, clubbed with 3GB of LPDDR3 RAM. Coolpad's Cool UI 6.0 software overlay is based on Android 5.1 Lollipop and is fairly straightforward. The company is already working on an update based on Android 6.0 Marshmallow. We will run the smartphone through our full test process to see how it fares in different situations. Stay tuned for our complete review of the Coolpad Note 3 Lite. 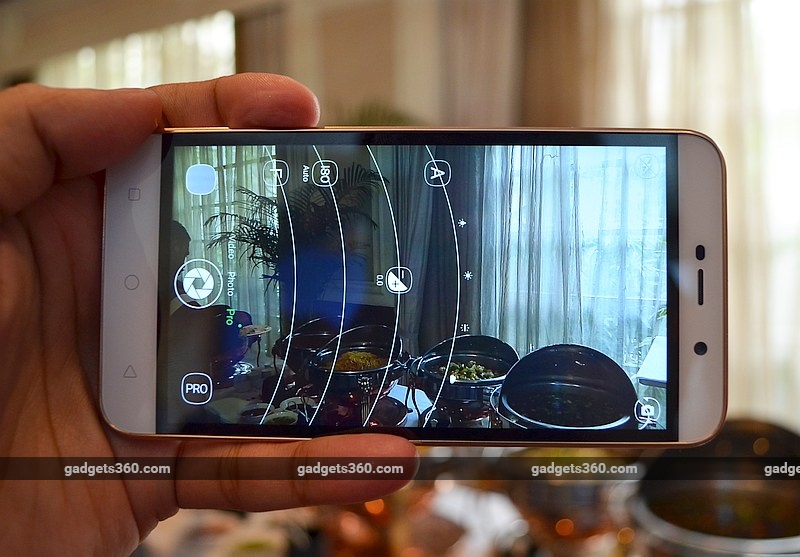 The device offers numerous features in the camera department. The 13-megapixel rear camera has a f/2.0 aperture lens and is quick to capture images, even in low light. Although the images shot in artificial light tended to have a jelly-like effect when zoomed in, this should not be much of a concern for very casual users. In addition to the usual Photo and a Video options, the Note 3 Lite also boasts of a Pro mode which gives users more control over the aperture, ISO level, brightness and colour settings. On switching to the Pro Mode, the screen shows circular dials much like we've already seen with Nokia smartphones. Image filters including Mono, Fresh, Calm, Memory and others are also included. You can even use the fingerprint sensor at the back as a shutter button, especially while taking selfie shots.

Talking about selfies, the front-facing 5-megapixel camera delivered decent results. While we found the front camera struggled somewhat in low light, it worked without any issues in bright outdoor environments.

The Coolpad Note 3 Lite has 16GB of inbuilt storage, out of which users would only get around 10.6GB for their apps and media. This won't be an issue as the smartphone also supports microSD cards of up to 32GB. Bluetooth 4.0, Wi-Fi, and Micro-USB (with OTG) connectivity are also featured.

The fingerprint sensor on the rear panel didn't let us down. Not only can it be used as a camera shutter button as mentioned above, but it can also be used to unlock different apps, which is good for privacy. Setting up the fingerprint sensor was hassle-free and the process took only a few simple steps. The Note 3 Lite also has a split-screen feature, which until now we've usually only seen in mid-range and high-end smartphones.

The Coolpad Note 3 Lite runs on a non-removable 2500mAh battery that is rated to deliver up to 10 hours of talktime and up to 200 hours of standby time. However, we cannot confirm that before we test the smartphone thoroughly for our full review. 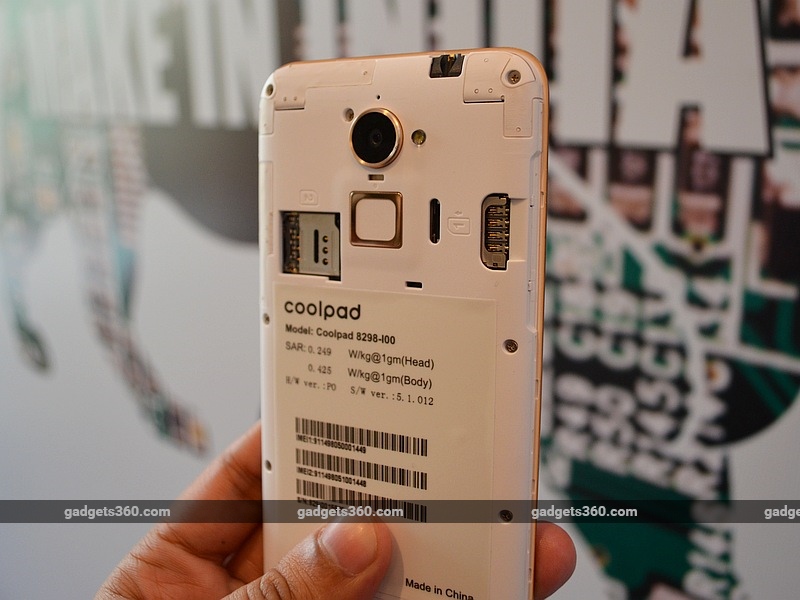 The latest smartphone from Coolpad does seem as though it will win some hearts based on the specifications and features it offers for well under Rs. 10,000. We faced no problems while using it. The Note 3 Lite is likely to match competition from the Lenovo Vibe P1m, Intex Cloud Swift, and Lenovo A6000 Plus along with Xiaomi's Redmi 2 Prime. Coolpad seems to be making a strong play for the budget smartphone market, which will help the company stay on track after selling 20 million units in Q1-Q3 last year. Stay tuned for our full review.