Is this entry-level Android phone worth a shot?

The entry barrier to Android is gradually getting lower, as new technology trickles even further down the pricing chain. We've recently seen good budget phones such as the Realme C2 (Review) and Redmi 7A (Review), which offer decent performance without costing a whole lot of money. Coolpad is attempting to compete in this space with its recent launch, the Cool 3 Plus.

This phone starts at a fairly low price of just Rs 5,999 and manages to offer a dewdrop notch display, a fingerprint sensor, and a decently sized battery. Considering the large number of entry-level Android phones we've recently tested, we're not expecting the Coolpad Cool 3 Plus to deliver a flawless Android experience, but we're hoping that it's at least good enough for casual use. Let's see if it can deliver on that front.

The Cool 3 Plus is light at just 135g and easy to handle thanks to its relatively small display and thickness of 8.2mm. All the corners are rounded, and despite the glossy finish of the rear, this phone offers a decent amount of grip. The Ocean Blue colour version that we have looks nice, but our unit picked up smudges very easily, and they don't wipe off easily. Coolpad has tried to go for a premium look with the glossy finish, but we're not sure this has worked in its favour. 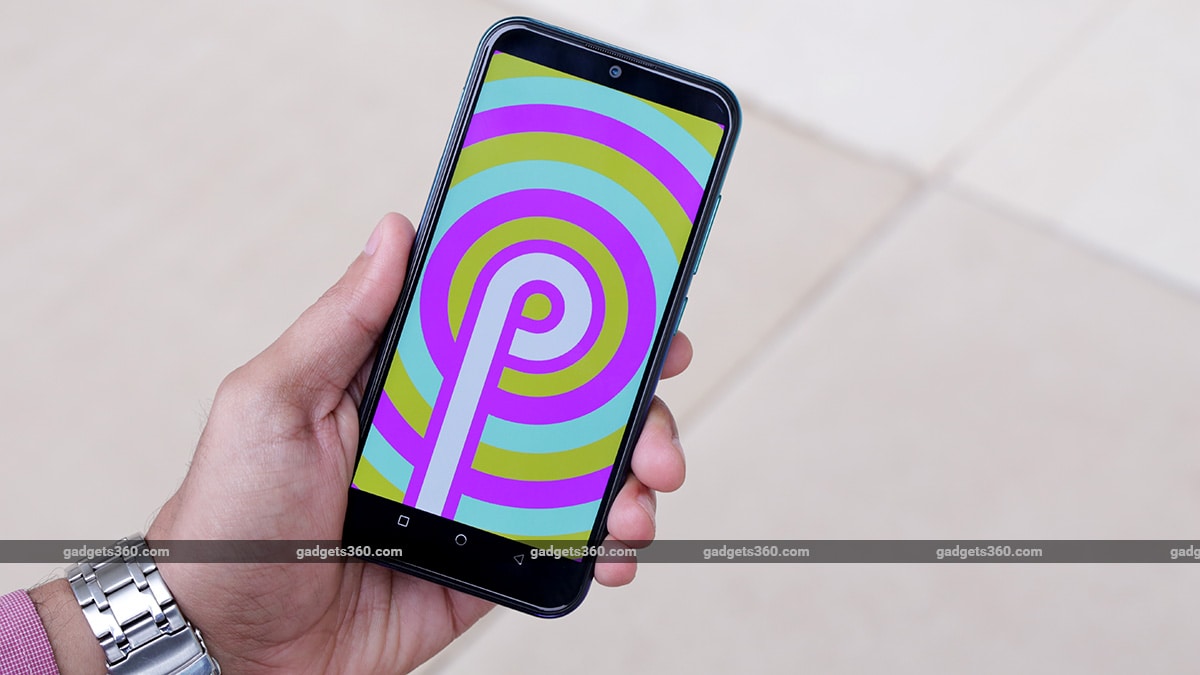 The Coolpad Cool 3 Plus runs on Android 9 Pie

The 5.71-inch display of the Cool 3 Plus has an HD+ resolution and noticeably thick bezels all around. There is a dewdrop notch at the top, which makes this phone look relatively modern. The upper corners of the display have a much wider curvature than the bottom corners, and as a result, some status bar text and the battery level icon nearly almost touch the edges of the screen.

You get a hybrid dual-Nano SIM tray on the left, and the Coolpad Cool 3 Plus supports dual 4G VoLTE. The second slot can also be used by a microSD card for storage expansion. With just 32GB of storage on the top-end variant, we would have liked a dedicated slot for a microSD card. The power and volume buttons on the right have good feedback and are easy to reach. The speaker and Micro-USB port are placed at the bottom, while the 3.5mm headphone socket is on the top.

At the back, there's a single camera with an LED flash as well as a fingerprint sensor placed in the centre. The latter does a good job at authentication, and we didn't encounter any failed attempts at recognising our finger, but it takes a good second for the screen to wake up. Face recognition is also available, but it's slower and doesn't work well in low light. 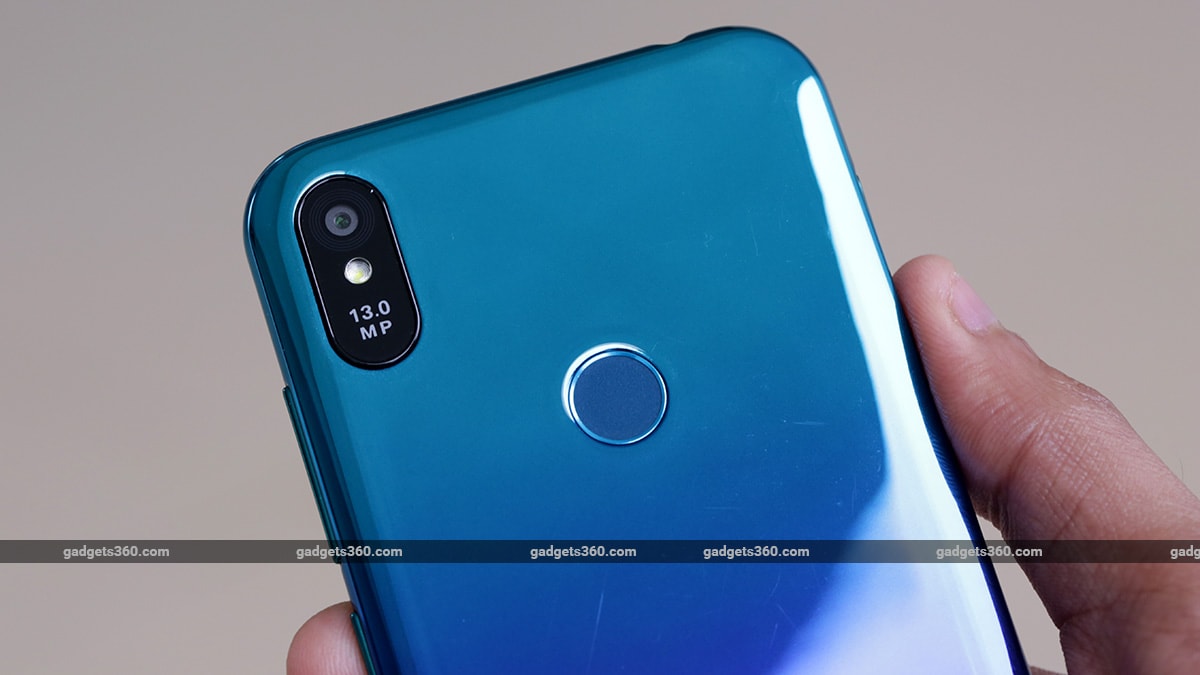 The Coolpad Cool 3 Plus has a single rear-facing camera

For a budget phone, you get a decent number of accessories in the box. Apart from the 5W charger and USB cable, you also get a transparent silicone case and a screen protector. You don't get a headset in the box though.

Coolpad Cool 3 Plus specifications and software

The Cool 3 Plus uses a customised version of Android 9 Pie. It's a single-layered interface with no app drawer and you can customise the look the icons and background with the Themes app. There are also some gestures and shortcuts for navigation, taking screenshots, etc. Some apps such as the dialler and SMS app have a stock Android look, but others such as the Settings app have been tweaked. 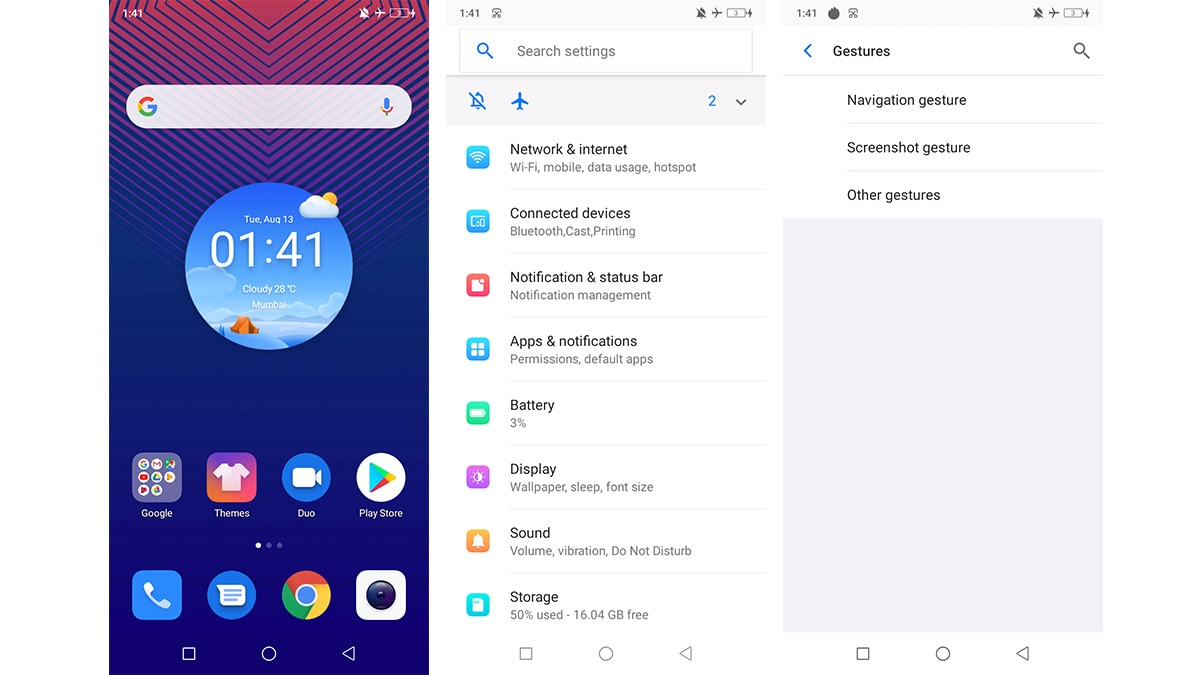 The interface is easy to use and looks clean

One thing we didn't quite like is that in order to uninstall any app, you have to long-press its icon, select ‘App info' and then uninstall it, rather than having the ‘uninstall' option in the pop-up bubble itself. The Android security patch on our unit was from April 2019, which is a bit dated.

There are some third-party apps such as Opera Mini, Opera News, UC Browser, etc, but these can be removed. Stock apps such as Game Booster will automatically free up memory and block notifications when you launch a game; Clone lets you create a second instance of an existing app; and there's something called Health Guard which keeps track of the number of times you pick up the phone and the time you spend on calls. It also offers relaxation exercises for your eyes and neck in case you're experiencing fatigue.

Even with 3GB of RAM on our review unit, the Coolpad Cool 3 Plus didn't run very smoothly. We often encountered little stutters and lags in the animations when trying to navigate around system menus. Apps did not load very quickly, which is mostly down to the limitations of the entry-level SoC. This weak performance is also reflected in benchmark scores. In AnTuTu, the Cool 3 Plus managed just 65,882 points, while GFXbench's T-Rex test gave us just 20fps. The vibration feedback for typing also feels harsh, so it's best to turn this off.

The area around the fingerprint sensor gets hot when using stressful apps, such as heavy games. We fired up PUBG Mobile Lite, which ran well, delivering very playable framerates. A couple of back-to-back matches, totalling around 40 minutes of playtime, resulted in a 10 percent drop in the battery level, which is not bad. 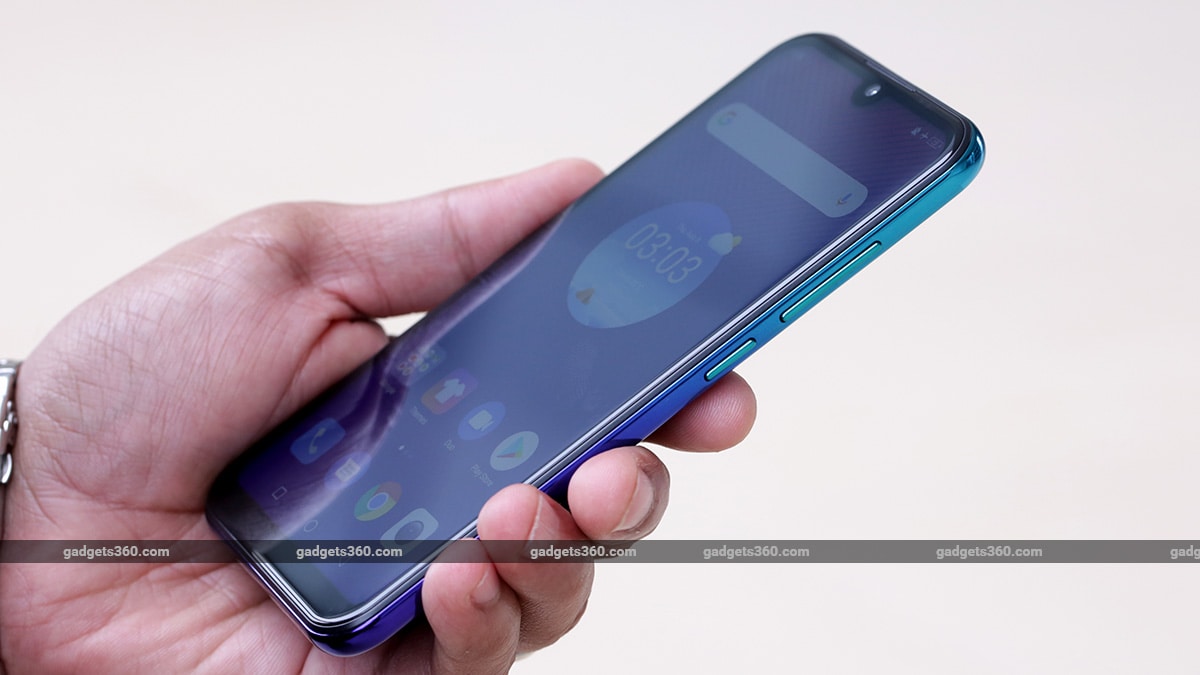 Even with 3GB of RAM, general Android usage isn't the most fluid

The display gets bright enough for outdoor use, although the ambient light sensor didn't always accurately adjust the brightness when using this phone indoors. The quality of the display is just average, and colours can look a little muted. The colour gamut isn't very wide either, and colour banding is visible even in some of the phone's default wallpapers. Due to this, watching videos isn't very enjoyable. The speaker sounds tinny and doesn't get too loud.

The Coolpad Cool 3 Plus has a 3000mAh battery, which is not a lot, but is enough to get you through most of one full day on a single charge. With light to medium usage, we managed to go nearly a full day before needing a recharge, although gaming or camera usage will take a bigger chunk out of your battery life.

In our HD video battery loop test, the Cool 3 Plus ran for 9 hours and 3 minutes, which honestly, isn't very good. Fast charging isn't supported, and you only get a 5W charger in the box. This can charge the phone from zero to 21 percent in half an hour; about 41 percent in an hour; and all the way to 100 percent in about two and a half hours.

The Cool 3 Plus has a single 13-megapixel rear camera with a very narrow f/2.8 aperture, and also an 8-megapixel front camera with the same aperture. The phone relies on contrast detection autofocus, so it generally takes a while to lock focus even in good light. It takes much longer in low light or when shooting in Bokeh mode.

There doesn't seem to be any HDR implementation which caused terrible imbalances in exposure for ordinary daylight landscapes. Dynamic range is also very poor, due to which darker regions were almost devoid of detail while bright areas were often overexposed.

You can enable the camera's AI in the viewfinder, but other than being able to recognise basic objects and scenes, it didn't do much to help with image quality. You can get some usable close-ups if you're patient enough, but colours are once again look oversaturated and details are average. 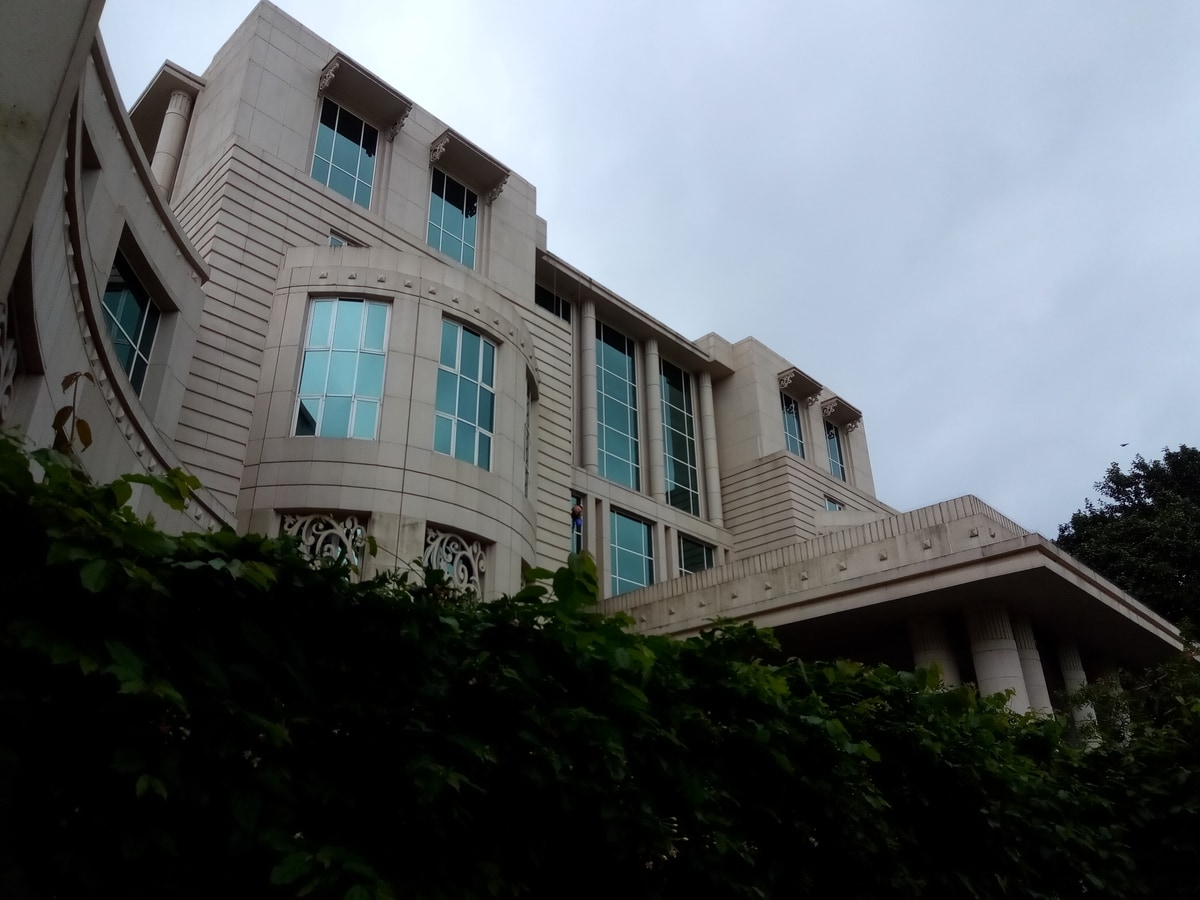 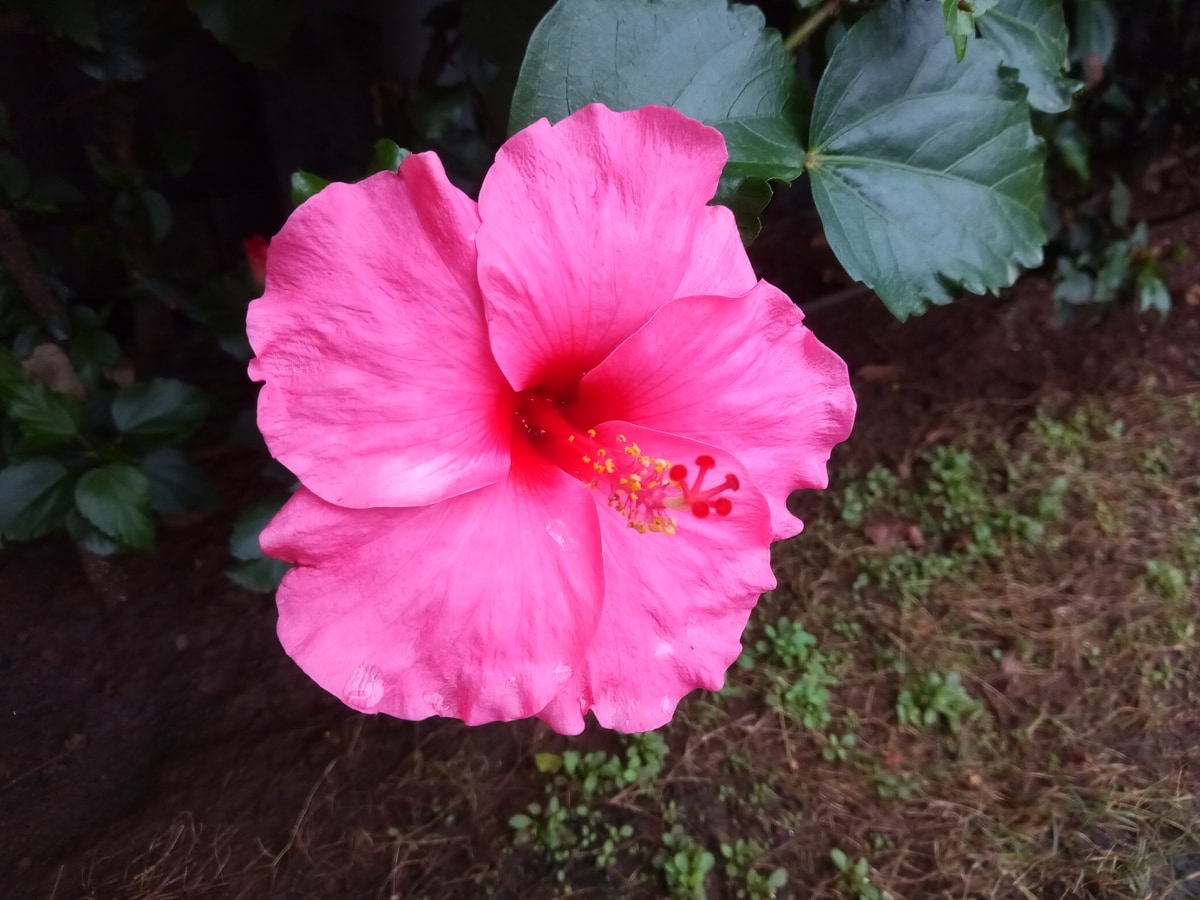 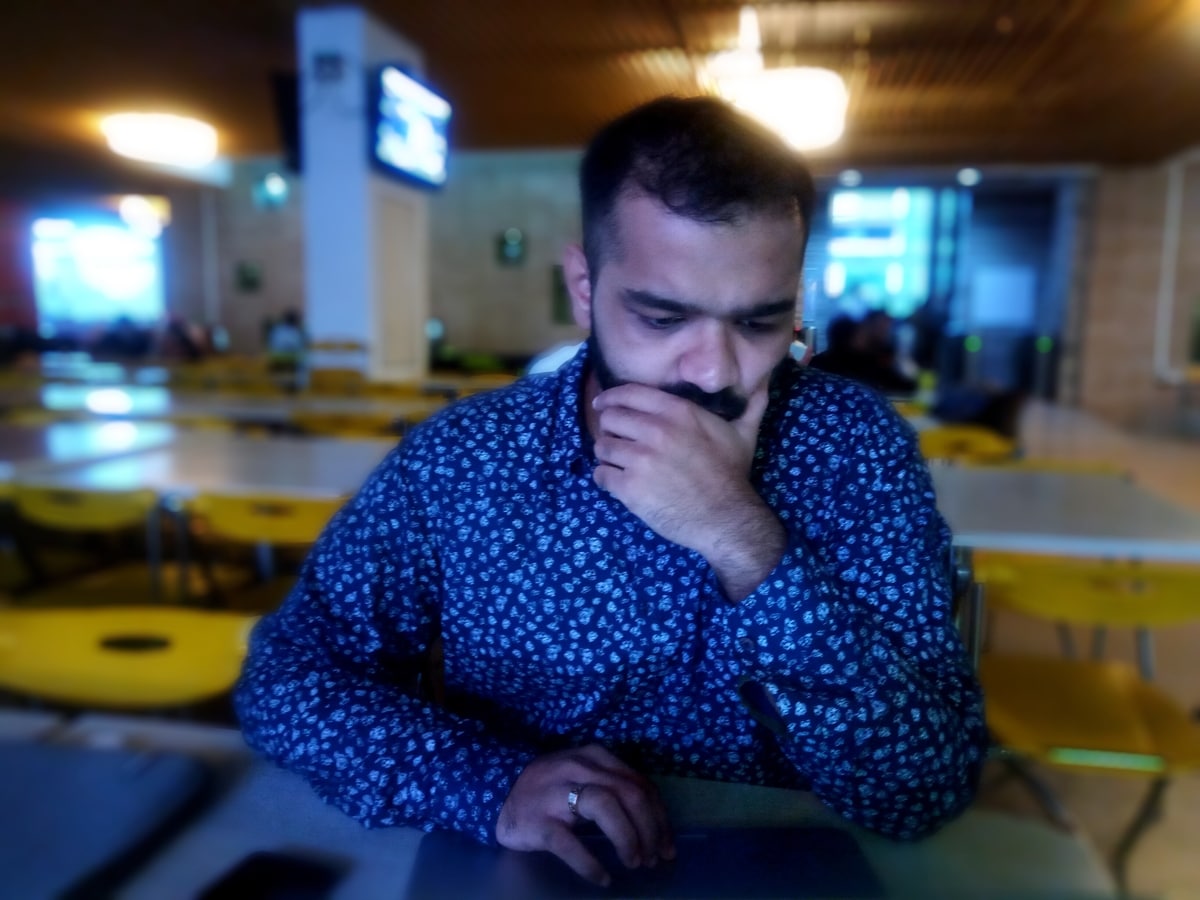 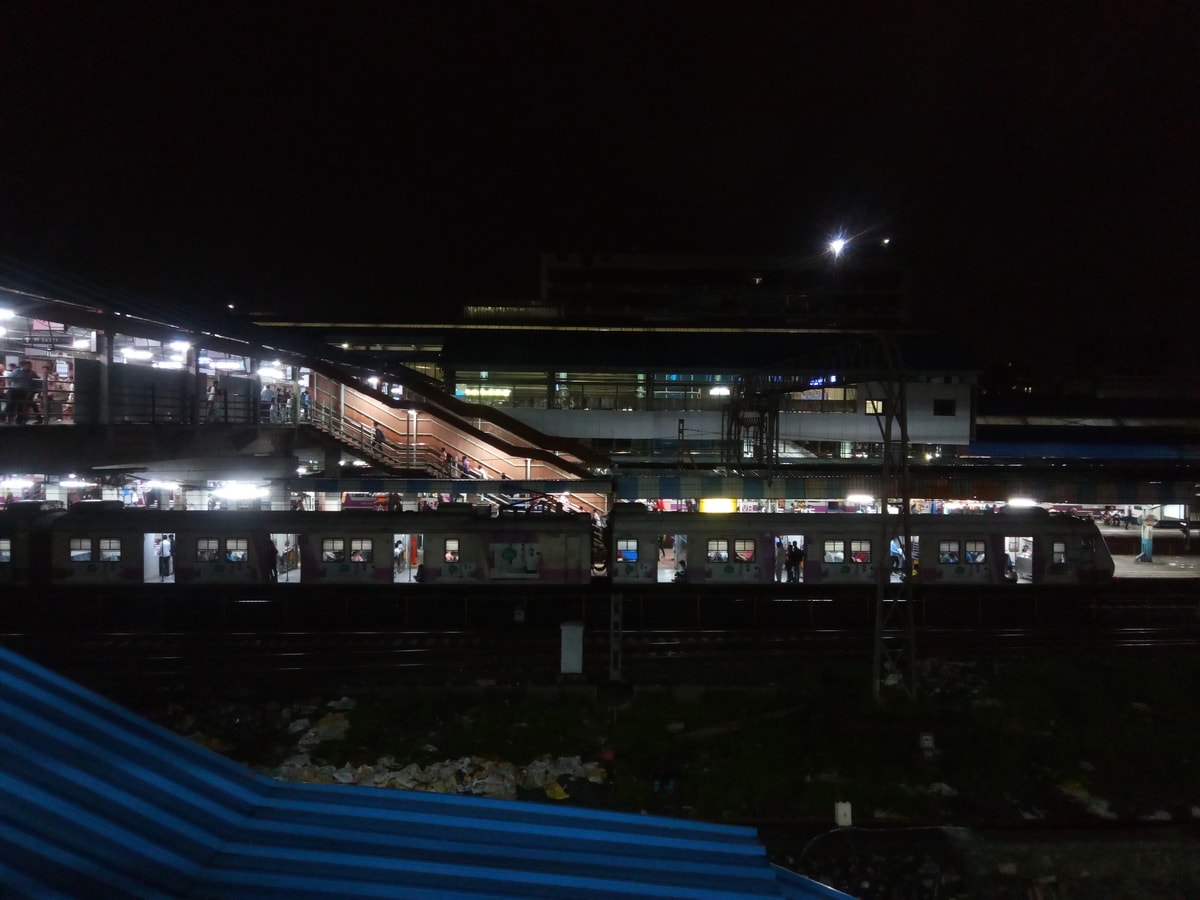 The camera really struggles to lock focus in low light, and if you're not very steady, you'll more often than not end up with slight motion blur. In the usable shots we managed to get, details were strictly average, although noise wasn't too bad. The phone's Bokeh mode is terrible. The blur effect looks artificial and edge detection is weak. Selfies are pretty average too, even ones shot in daylight.

You can shoot video at up to 1080p resolution, but image quality is below average and videos aren't stabilised.

Coolpad has tried to put together a decent low-cost package, and at Rs. 6,499, the higher-end variant of this phone is one of only a few options in the market which has 3GB of RAM and a fingerprint sensor. However, the overall system, camera, and battery performance leaves a lot to be desired. Plus, with just 32GB of onboard storage, we expected the phone to have a dedicated microSD card slot instead of having to compromise on using two SIM cards.

If you're not picky about design, the 32GB version of the Redmi 7A (Review) would be a better deal at Rs. 6,199. You get 1GB less RAM and no fingerprint sensor, but on the other hand, you get much better battery life, better performance, and slightly better cameras. If your heart is set on a dewdrop notch display, the Realme C2 (Review) would be another good option at Rs. 6,999 for the variant with 2GB of RAM and 32GB of storage.

Further reading: Coolpad, Coolpad Cool 3 Plus, Coolpad Cool 3 Plus price, Coolpad Cool 3 Plus price in India, Coolpad Cool 3 Plus specifications
Roydon Cerejo Email Roydon
Roydon Cerejo writes about smartphones and laptops for Gadgets 360, out of Mumbai. He is the Deputy Editor (Reviews) at Gadgets 360. He has frequently written about the smartphone and PC industry and also has an interest in photography. With over a decade of experience covering the consumer technology space, he is also an avid sci-fi movie and TV show geek and is always up for good horror flick. Roydon is available at roydon@gadgets360.com, so please send in your leads and tips. More
YouTube Premium, YouTube Music Premium 3-Month Free Trial Being Offered to Students
Jio GigaFiber Preview Subscribers Getting Access to Jio Fixed Voice Landline Service in Wider Rollout