As 2016 winds down, we still have a trickle of phone launches happening in the mid-range space. After Lenovo’s recent K6 Note announcement, Coolpad and LeEco's joint effort, called the Cool 1 Dual, has made its way to India. The phone was announced back in August, soon after LeEco's CEO Jia Yueting took over as Chairman of Coolpad.

The Cool 1 Dual retails for Rs.13,999 both online and offline. The online version will have 4GB of RAM while the one sold offline will have 3GB of RAM, but the rest of the specifications stay the same. The phone will compete against the likes the Moto G4 Plus (Review) and Xiaomi Mi Max (Review), to name a few. While there’s no one-size-fits-all in the world of tech, does the Cool 1 Dual manage to strike a good balance between pricing and features? We find out.

Coolpad Cool 1 Dual design and build
The design isn’t terribly original or inspiring to be honest, but the build quality is reassuring. The metal chassis feels sturdy and the matte finish doesn’t attract many fingerprints. The quality and placement of the buttons are good too. The Cool 1 Dual is a bit heavy and is on the thicker side at 8.2mm due to its large battery.

There’s a 5.5-inch IPS display with a full-HD resolution. Unlike the many renders of this phone circulating on the Web, the display does not have a thin bezel. It's actually fairly thick and runs all around the display. The panel itself offers good viewing angles, and colour reproduction and brightness levels are fairly adequate. Under harsh sunlight, the display can get washed out a bit but other than this, we didn’t face any issues. You also get Corning Gorilla Glass 3 to protect it against scratches. 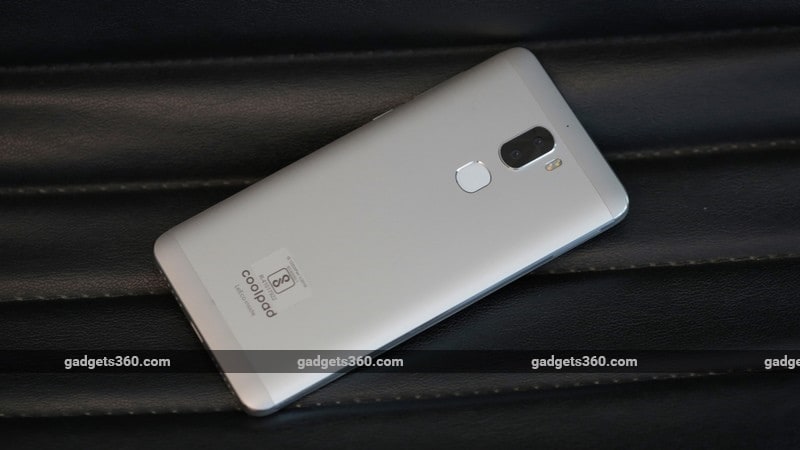 There are backlit capacitive buttons at the bottom for navigation, and a notification LED on the top. There is a dual Nano-SIM tray on the left, but it isn’t of the hybrid type so you can’t expand onboard storage at all. This wouldn’t have been so bad if the Cool 1 Dual had 64GB of storage space, but 32GB might not be enough for some in the long run. It’s a shame that there isn’t any higher capacity option available either.

The Cool 1 Dual gets an infrared emitter on the top, next to the 3.5mm audio socket. The phone features a USB Type-C port at the bottom, along with the speaker grille. There’s a fingerprint sensor at the back, which is quick to authenticate you. The shape and placement is ergonomic, making it easy to use. The Cool 1 Dual is yet another phone in this price segment to sport dual rear cameras, the most recent one being the Lenovo Phab 2 Plus (Review).

In the box, you get a screen guard, data cable, 10W power adaptor, SIM ejector, and instructions. Barring the generic looks of the Cool 1 Dual, the phone is built well and feels sturdy. We just wish there was a dedicated microSD card slot or at least a hybrid SIM slot to accommodate additional storage.

Coolpad Cool 1 Dual specifications and features
The Cool 1 Dual is powered by the octa-core Qualcomm Snapdragon 652 SoC, which is the faster version of the one found in the Redmi Note 3 (Review), with two additional ARM Cortex-A72 cores. Our review unit had 4GB of RAM, which is reserved for the online variant, and 32GB of storage, which is common to both units. Other specifications include Wi-Fi b/g/n, Bluetooth 4.1, USB-OTG, FM radio, and GPS. The phone also supports 4G LTE on both SIM slots, and there's a toggle in the Settings app to enable voice calls using VoLTE. Our unit wasn’t able to make voice calls over the Jio network, though data was working. 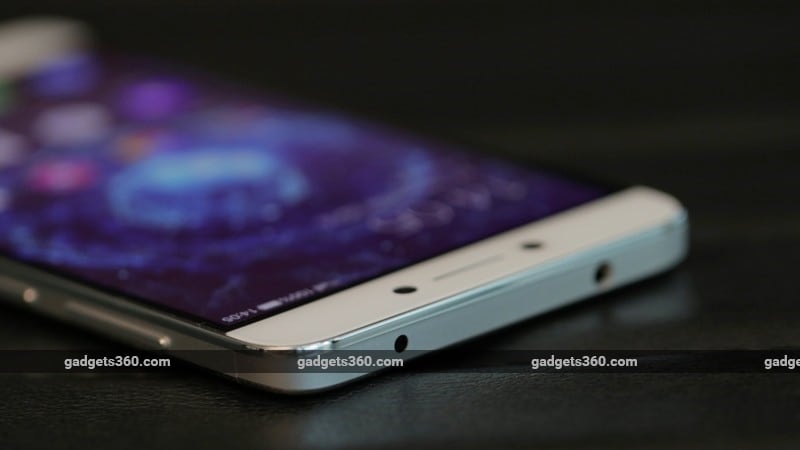 LeEco’s expertise comes into the picture when you turn to software. The Cool 1 Dual ditches Cool UI in favour of EUI, which we’ve seen running on LeEco phones in the past, such as the Le 2. It’s the exact same OS, just without LeEco’s ‘Supertainment’ streaming services. Now that Coolpad falls under the umbrella of LeEco, it makes sense to have a single custom version of Android rather than multiple different ones.

If you haven’t used a LeEco phone before, then EUI will take some getting used to as the layout is pretty different from stock Android. The functions and customisation options are the same as before. There are a couple of useful preloaded apps, plus the Amazon app, but apart from this, the interface is free of bloatware.

Coolpad Cool 1 Dual performance
The Cool 1 Dual handles multitasking and general app performance with great ease. The speedy octa-core SoC and ample RAM ensure that there are rarely any slowdowns when launching apps or playing games. Even demanding ones like Asphalt 8: Airborne run smoothly. We got 77,817 points in AnTuTu and 9,689 in 3DMark Ice Storm Extreme, which are good scores. There’s no worry of overheating here either, as apart from the expected warming up when charging or running intensive apps, the phone stayed cool for the most part.

Media playback is also good, as the SoC is capable of handling 4K video, and high-bitrate files are also a non-issue. There’s a single speaker at the bottom, and thankfully, it doesn’t get blocked when you hold the phone horizontally. The speaker can put out decent volume for media and alerts, but don’t expect too much in terms of quality here. You can get better audio with headphones. The stock music player is designed well and you even get a graphic equaliser and some presets to play around with. 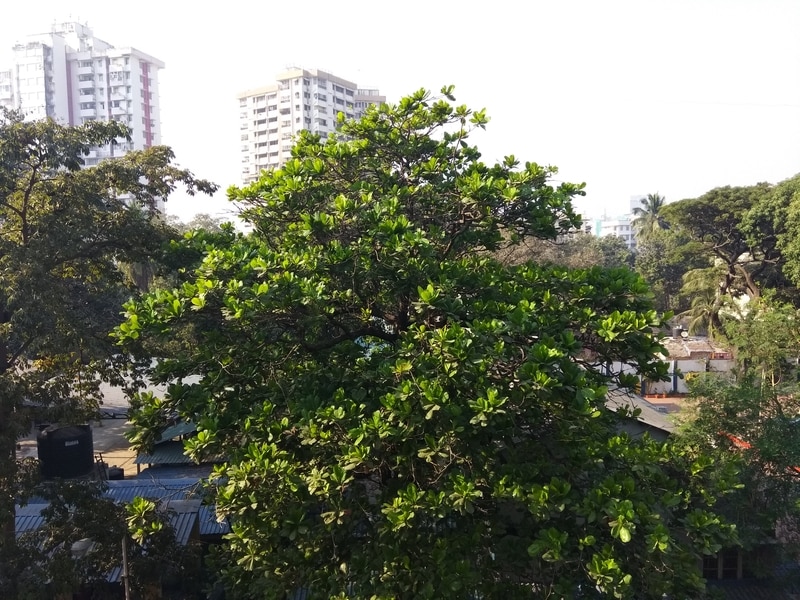 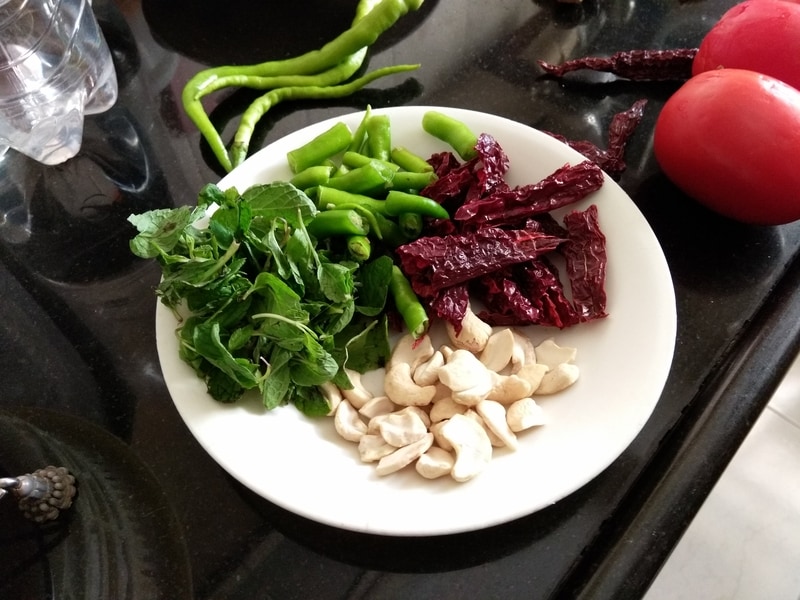 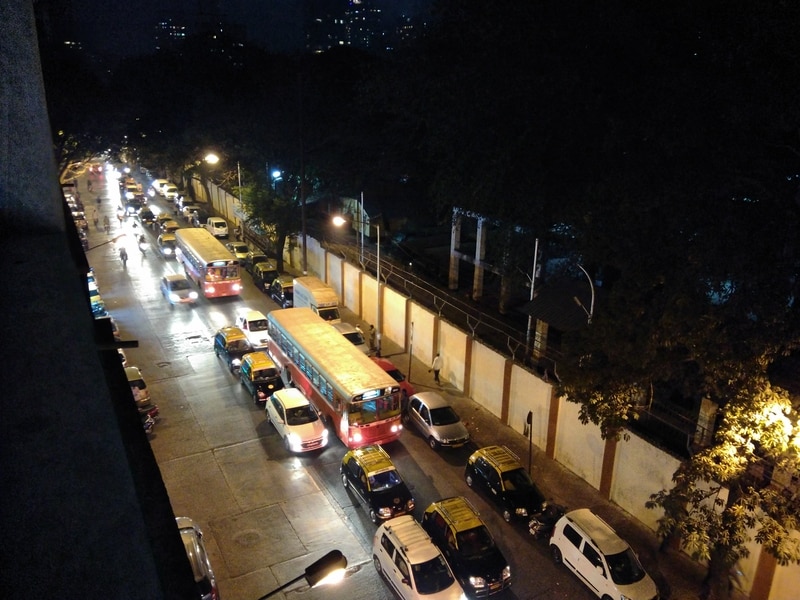 The Cool 1 Dual has a twin 13-megapixel cameras on the back. One has a colour sensor while the other is used for monochrome data, which when used in tandem, should offer better image quality and less noise in low-light pictures. In practise, this combination didn't really produce the desired results all the time. Low-light images had noticeable noise and detail was generally poor. The colours improved when we switched to ‘Night’ mode, but not by much. In daylight, the camera struggled a bit with light metering, and we often found overexposed areas in both landscapes and close-ups. Colours were captured better in daylight, but subjects in focus lacked sharpness and ended up looking flat.

Video recording goes up to 4K, and while footage looked good in daylight, it got a bit grainy and there was a lot of colour noise visible in low light. The front 8-megapixel camera is decent for selfies in good lighting but not so much under artificial or low-light.

Focusing speed is good and images are saved rather quickly, with little delay. Among the shooting modes, we have SLR, which attempts to simulate greater bokeh levels, but this doesn’t always work. The camera app is easy to use and there are a good number of options to choose from for shooting, including filters. It just needs a bit more polish as, for example, the menu labels don’t change orientation when you switch from portrait to landscape mode.

The Cool 1 Dual delivers excellent battery life. The 4000mAh battery lasted for 14 hours and 43 minutes in our HD video loop test. With normal usage, we were able to go a little more than a day and half. The phone charges fairly quickly too thanks to the 10W adapter. 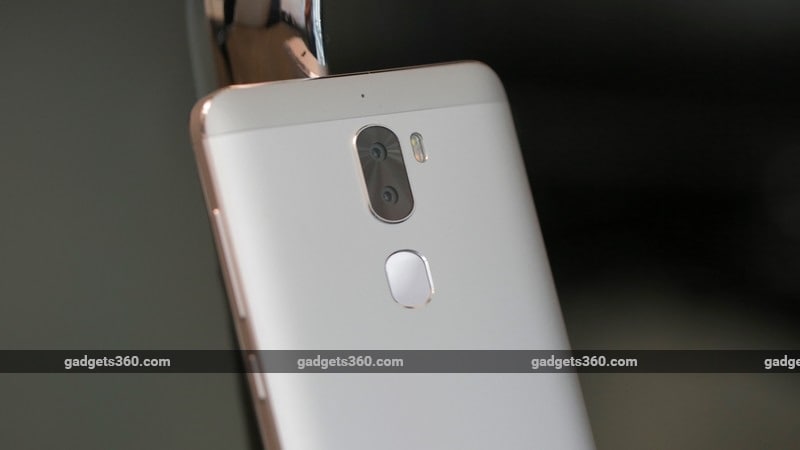 Verdict
The Cool 1 Dual offers good performance for its price. It’s built well, and it has a sharp display, very good battery life plus sufficient power for most tasks. The lack of expandable storage is our only major gripe here as 32GB might not be enough a year down the line. Given a choice, you should buy this phone online as you get more RAM at the same price. 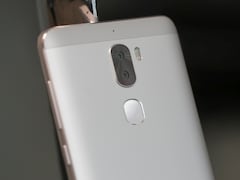 product The Cool 1 Dual is the first joint effort from Coolpad and LeEco, and offers a good mix of features as well as performance for its price.