Indian smartphone maker Comio recently launched its X1 Note smartphone in the sub-Rs. 10,000 market. It is positioned to take on the likes of the Redmi Note 5 (Review) and Honor 9 Lite (Review) which are priced similarly. Comio is a part of Topwise Communications, which has been in the mobile space since 2006. The brand made its way to the Indian market late last year with budget smartphones. It is positioning the X1 Note as its current flagship, and has priced it at Rs. 9,999.

When we see Note in a smartphone model name, we have come to expect a big display and a big battery. The Comio X1 does have a big display but surprisingly has only a 2900mAh battery, which isn't a lot compared to what is already on offer in the market. Has Comio still managed to deliver a good overall package in the sub Rs. 10,000 segment? We are about to find out.

The Comio X1 Note has a big 6-inch display with an 18:9 aspect ratio making the body tall and narrow. There’s an array of sensors above the display, while the space below it is blank, as the phone uses on-screen navigation buttons. The display on the X1 Note is average at best. Colours are decent, but there’s no option to customise the output. The display also does not get really bright, but we couldn't gauge outdoor performance since it wasn't sunny in Mumbai during our entire review period. 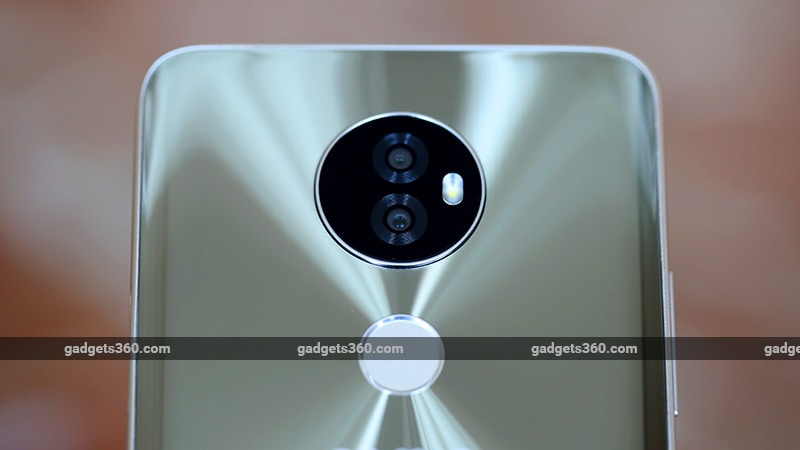 Looking at this phone from the front, it seems similar to some of the Xiaomi phones we have seen recently. Turn it around, and the circular camera module reminds us of the Moto G5 (Review) and Moto G5 Plus (Review). The module houses a dual camera setup and has a single LED flash next to it. The fingerprint scanner is positioned below the module, along with a Comio logo. We had the Sunrise Gold variant for review, and the colour looks a bit gaudy to our eyes. The back cover is made of plastic and flexes inwards when pressed. It also picks up scratches easily and we would recommend that you use the case provided in the box to prevent that from happening.

Comio has positioned the textured power button on the right side, along with the SIM tray while the volume rocker is on the left. We found that the power button is well placed, but the volume buttons aren't easy to reach without shuffling the phone in your hand. The Micro-USB port is at the bottom, with grilles on either side, out of which the left one houses the loudspeaker. Comio has put the 3.5mm audio socket at the top along with a secondary microphone.

Apart from the case, the Comio X1 Note ships with a 5W charger, a pair of in-ear headphones, and a plastic screen protector in the box. Comio is offering buyers quite a few incentives on the X1 Note. You get a 1-year warranty plus 100 extra days, a 30-day replacement guarantee, a one-time screen replacement, and a buyback offer for your current smartphone. There is also an upgrade offer that promises you 40 percent of the value of your existing Comio phone when you upgrade to another Comio device.

Comio has opted for a MediaTek MT8735 processor to power the X1 Note. This is a quad-core processor clocked at 1.45GHz, but it’s relatively old. It was announced by Mediatek in 2015 for tablets, and we have seen it powering devices such as the Lenovo Phab 2 which was launched in India in late 2016.

The Comio X1 Note also has 3GB of RAM and 32GB of storage, out of which you have around 25GB for use. In case the internal storage isn't enough you do have the option to expand it using a microSD card of up to 128GB. 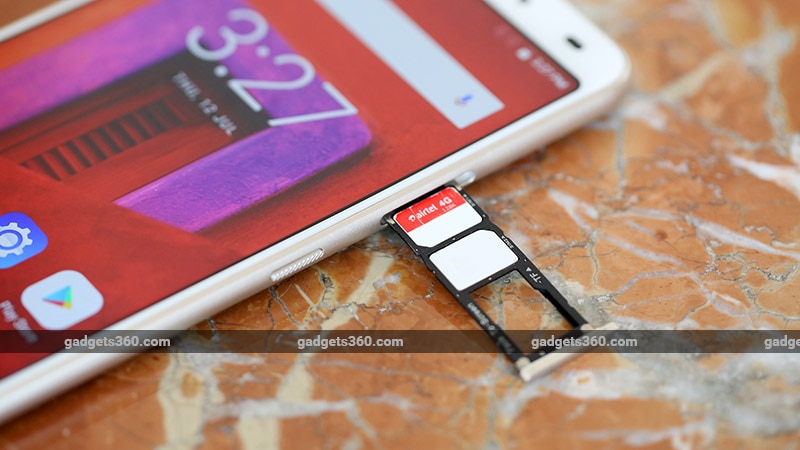 The Comio X1 Note is a dual-SIM device and has two Nano-SIM slots and a dedicated microSD card slot. It has support for 4G and VoLTE on both SIMs, but only one can access a 4G network at a time while the other is restricted to 2G networks only. In terms of optics, the X1 Note has a dual camera setup at the back consisting of a 13-megapixel primary sensor with an f/2.2 aperture, and a 5-megapixel secondary sensor with an f/2.4 aperture. At the front, there’s an 8-megapixel selfie camera with an f/2.4 aperture. The X1 Note also has support for Bluetooth 4.0, Wi-Fi 802.11 b/g/n, GPS, and FM Radio.

Comio ships the X1 Note with Android 8.0 Oreo, and our review unit was running the March security patch. The interface is close to stock and there aren't a lot of customisations on top. The phone has a few preinstalled apps such as Comio Connect, WPS Office, Xender, and Venus Browser. Apart from the Comio Connect app, all of them can be uninstalled. The menus in the settings app have been rearranged a little but things are easy to find. While using apps on the X1 Note, we found that the phone suggests scaling non-18:9 apps. We did try this with a few apps, and they ran fine without crashing.

The X1 Note has features such as App Cloner, which lets you run two instances of WhatsApp, Twitter, Facebook, and Facebook Messenger, but not any other app. This is similar to the Twin Apps or Dual Apps features found on other smartphones. If you want to run two WhatsApp accounts on one phone, this makes it possible. There is a gesture that let you double-tap to wake the device, but we found it to be a little slow. Comio also lets you customise the shortcuts you see on the lock screen, and by default, there are five instead of the usual two on most Android phones. You have to double-tap each shortcut instead of the swipe gesture that we are used to.

The Comio X1 Note has an older processor compared to its competition, and this has an effect on its performance. We experienced occasional lag when unlocking the phone, scrolling through menus, and multitasking. Even when launching games, we had to deal with long load times. While the phone has 3GB of RAM, the processor feels like a bottleneck in most tasks. To keep your data secure, you have the option to lock it using a fingerprint or your face. The fingerprint scanner at the back is fairly quick to unlock the phone, but face recognition is slow.

We ran benchmarks to gauge the performance of the Comio X1 Note and found that it scored 42,524 in AnTuTu, and 653 and 1842 respectively in the single-core and multi-core tests in GeekBench 4. It also scored 209 in 3DMark Slingshot, and managed 3,999 in 3DMark IceStorm Extreme. These scores are similar to those of the Infinix Hot 6 Pro (Review) which we recently reviewed, but fall behind the likes of the Redmi Note 5, Honor 9 Lite, and Realme 1 (Review). Gaming performance isn't all that great either, and we faced occasional stutters while playing Clash Royale, a tower defence game. 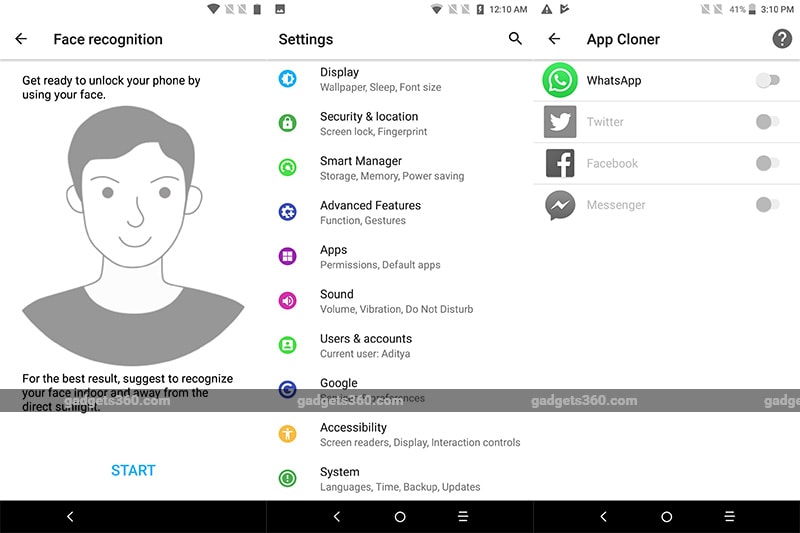 The X1 Note has a 2900mAh battery which, as we feared, doesn’t last very long. In our usage, which consisted of some navigation using Google Maps with GPS, an active WhatsApp account, and playing a few games, the phone lasted less than a working day. Our one-hour navigation exercise resulted in a 25 percent battery level drop which is quite high. If you use navigation actively on your commute you will lose a significant amount of power each day. The same is true for games as well, and if you game quite often, you will need to carry the charger with you at all times.

In our HD video loop test, the X1 Note only managed 5 hours and 45 minutes, which is quite low compared to other phones we've reviewed. Surprisingly, this phone keeps idle drain low, and we did not observe significant power usage when the phone was left unattended.

Comio offers a few battery saver modes. Apart from the default Android battery saver, which kicks in at 15 percent, there is a Super Mode that disables everything except text messaging and calling. There’s also a Custom mode that lets you customise how you want the phone to save power. When you do run out of juice, the supplied 5W charger is quite slow, and takes over three hours to fully charge this phone.

The Camera app on the X1 Note is bare basic and does not have a lot of options to choose from. It has toggles for HDR and Night mode, and these aren't triggered automatically. You can choose between different filters, set a timer, or change flash settings. You also get a Panorama mode and a Portrait mode that lets you simulate different apertures. 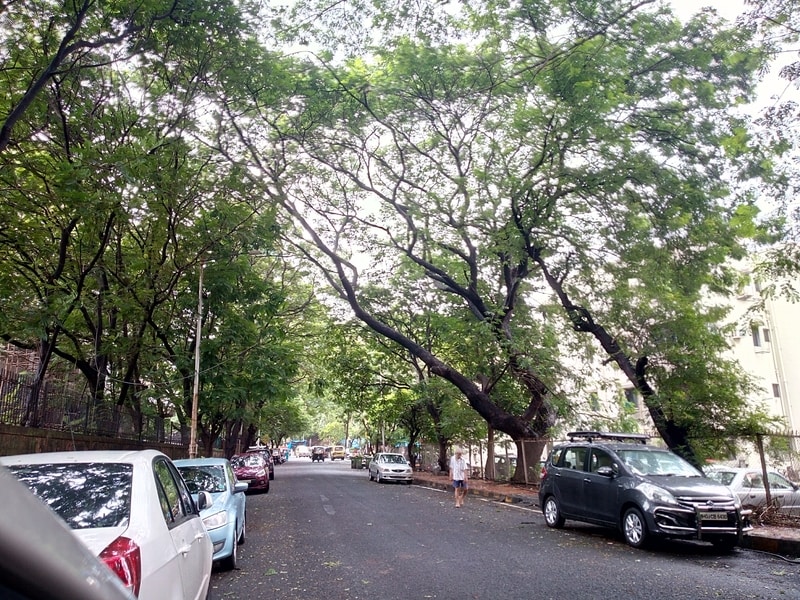 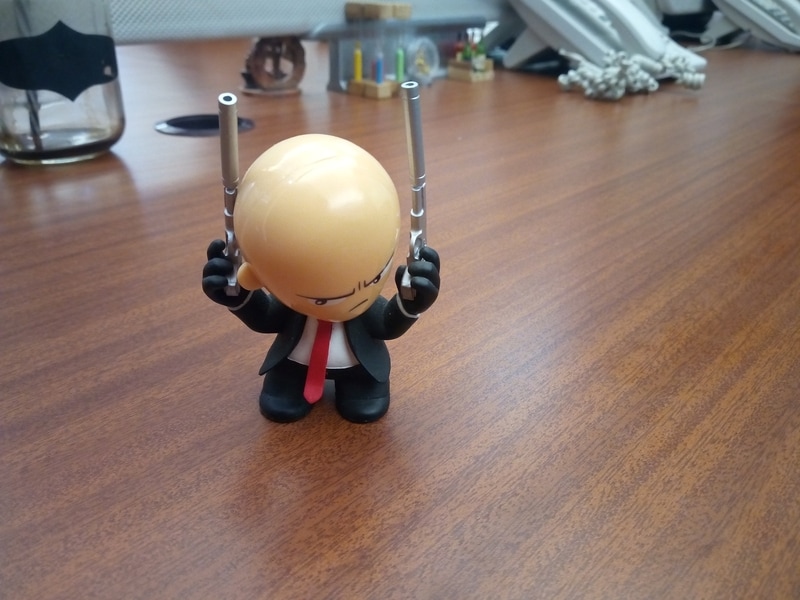 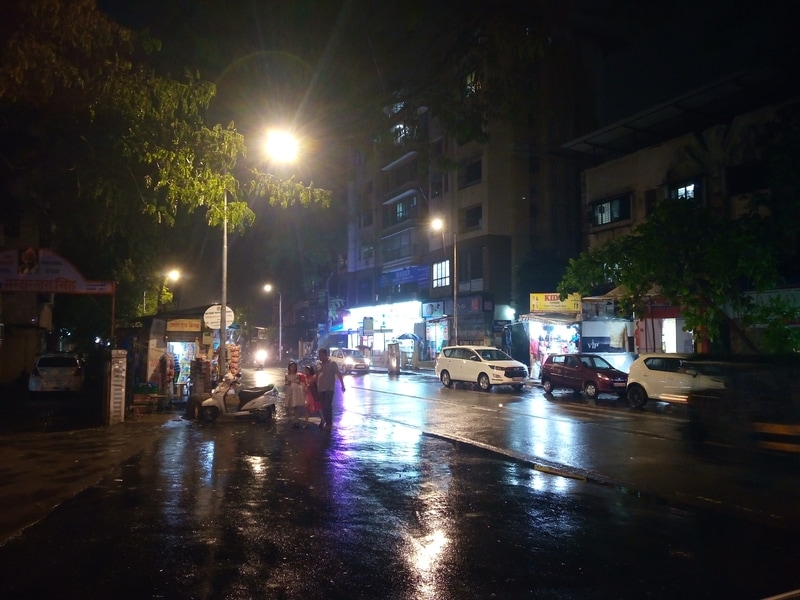 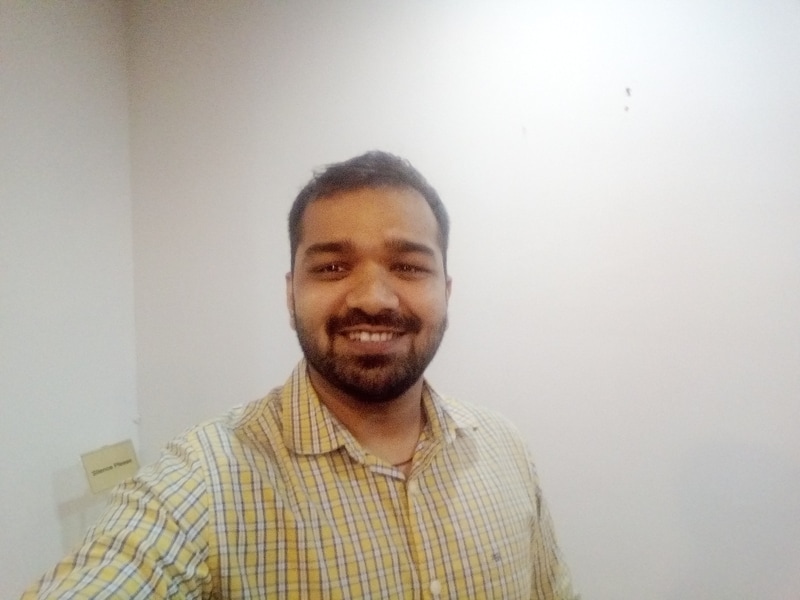 Photo quality is below average, and we have seen better output from the Comio X1 Note’s competitors. We observed chromatic aberration in a few photos taken against a bright sky. In daylight, photos lost out on a lot of detail and objects at a distance were hard to recognise. When shooting in HDR mode, we found that the X1 Note managed to preserve details better, but the shutter lag resulted in ghosting. We also saw a similar effect when shooting with and without HDR. With macros, the phone failed to create good separation between the subject and the background.

In low light too, the quality was disappointing. We found that the noise reduction and sharpening was too aggressive, leading to artifacting in the output. Selfies taken indoors are best left for sharing on messenger apps, since they have a lot of artifacting. The selfie flash on the X1 Note is helpful in low-light. Video recording maxes out at 1080p and there is electronic image stabilisation (EIS) but it isn't very good, and we observed warping in the footage that we shot.

Verdict
The Comio X1 Note falls shorts on multiple counts. The old processor isn't very powerful or efficient, which contributes to massive battery drain when using GPS or gaming. With a 5W charger in the box, there is no relief either as it takes really long to top this phone up. The camera specifications look good on paper but it fails to deliver good results. If you are in the market for a phone in the sub-Rs. 10,000 segment, you would be better off with the Redmi Note 5 (Review) 5 or the Realme 1 (Review) instead.