The Centric L3 is one the newest smartphones to be launched in the sub-Rs. 8,000 segment in India. The Centric brand is owned by Mumbai-based Priyanka Telecom, and we have previously seen the Centric G1 (Review) which had a few rough edges. Centric says that the L3 is the best in its class and that it was designed with Indian consumers in mind. With so many manufacturers battling it out in this segment, does the Centric L3 stand a chance to be number one? We put it through its paces.

The Centric L3 is a budget smartphone and is predominantly constructed of plastic. The build quality isn’t great, and this phone doesn't feel very premium, which is obviously not a surprise given its price tag. We also weren’t impressed with the glossy finish of the back, which is a fingerprint magnet. At the front, the phone has a 5-inch display with the traditional 16:9 aspect ratio. The earpiece, selfie camera and notification light are above the display while the fingerprint scanner is positioned below it. The fingerprint scanner is slightly recessed which forces you to press your finger down for a proper scan.

The power and volume buttons are positioned on the right, and are made of plastic. They are easy to reach thanks to the compact size of the smartphone. The power button has a texture which makes it easy to distinguish with just a touch. Centric has positioned the 3.5mm headphone jack and the Micro-USB port on the top, while the speaker is at the bottom. 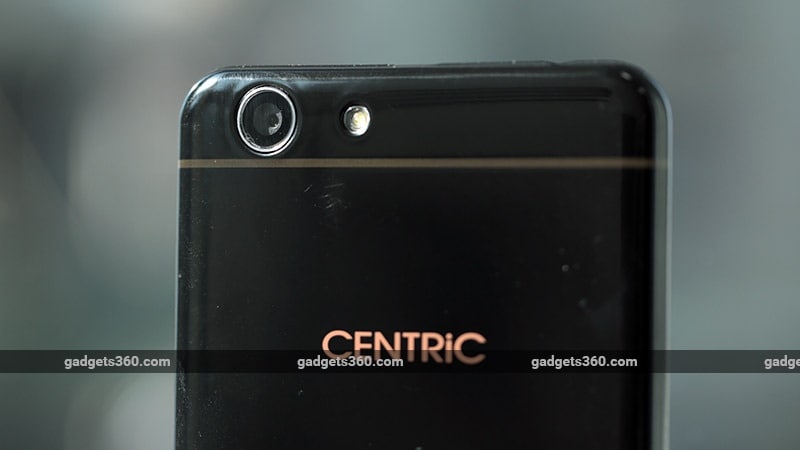 This phone might look like it has a unibody at first glance, but the back cover is removable. With it off, both SIM slots and the microSD card slot are accessible. The Centric L3 has a 3050mAh non-removable battery and ships with a 7.5W charger in the box. Centric also provides a pair of in-ear headphones.

The Centric L3 has a 5-inch HD IPS display with 2.5D curved glass on top. It isn't the best panel out there at this price level, and we could see rows of pixels easily. The viewing angles are decent and the display does get bright enough to be viewable under direct sunlight. Our review unit had a problem with backlight bleeding in the lower left corner of the screen which was distracting while using the phone. Centric sent us a replacement unit which did not have the same problem, and we had no further trouble with it.

Centric has opted for the MediaTek MT6737, a quad-core processor clocked at 1.3GHz. This processor is common in phones such as the Oppo A83, iVoomi i1 (Review), and the Tecno Camon i (Review) that are priced around the same price bracket and even a bit higher. The Centric L3 has 2GB of RAM and 16GB of internal storage which is expandable by up to 256GB using a microSD card. The L3 is a dual SIM device and has two Micro-SIM slots with support for 4G and VoLTE. It also sports Bluetooth 4.0, Wi-Fi b/g/n, GPS, and FM radio. 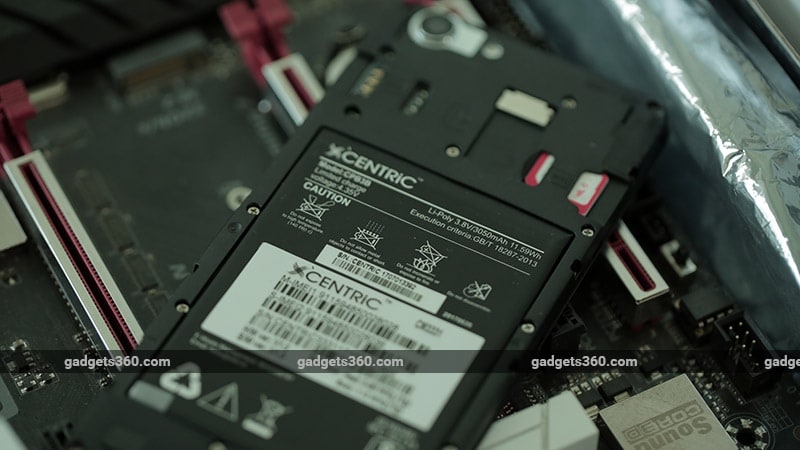 In terms of software, the phone runs on Android Nougat with a few customisations. It looks similar to stock Android and has a few features added in. There are motion gestures which utilise the proximity sensor. You can wave your hand in front of the phone to mute an incoming call, change music tracks, and capture photos. The phone also has a shake gesture which lets you change wallpapers just by shaking the phone, and you can double-tap the screen to wake the device or draw alphabets on the screen to launch specific applications. Gesture input recognition is a little slow, and not everyone will find them useful. Also, the interface seems to have been translated from another language to English, and there are a lot of phrasing issues making it hard to understand some labels and instructions.

Centric has preinstalled its own apps called Centric Care and Centric Store, as well as SwiftKey Keyboard. There's also Top Doctors Online, which lets users chat with doctors. This is a paid service and costs Rs.29 per question or Rs. 49 for a live chat. The app also lets users book appointments with doctors and pathology labs.

After using other smartphones with similar hardware which cost roughly the same amount, we had a fair idea of how the Centric L3 would perform. The MediaTek MT6737 is an entry-level processor which works well for basic tasks. We found that the phone would occasionally slow down, which could be down to the processor or the relatively low 2GB of RAM. Multitasking still works well enough, but the phone kills apps in the background to free up RAM from time to time.

We ran the Centric L3 through a couple of benchmarks and we got the following results. It managed to score 28,909 in AnTuTu, while Geekbench gave us 537 in the single-core test and 1,497 in the multi-core test. The L3 also managed 11fps in GFXBench. We played Missiles and Shadow Fight 3 to check how the phone handled gaming. Missiles being a very basic game was quick to load and we could play it without any lag. Shadow Fight 3, on the other hand, had longer load times and occasional lag during gameplay.

The Centric L3 has a 3050mAh non-removable battery, which managed to power the phone for one day with light usage. Bump the usage up and the phone will need to be put to charge by late evening. In our HD video loop test, the phone managed to clock 9 hours and 29 minutes. The phone has an Intelligent Power Saving mode which helps it conserve power when idle. 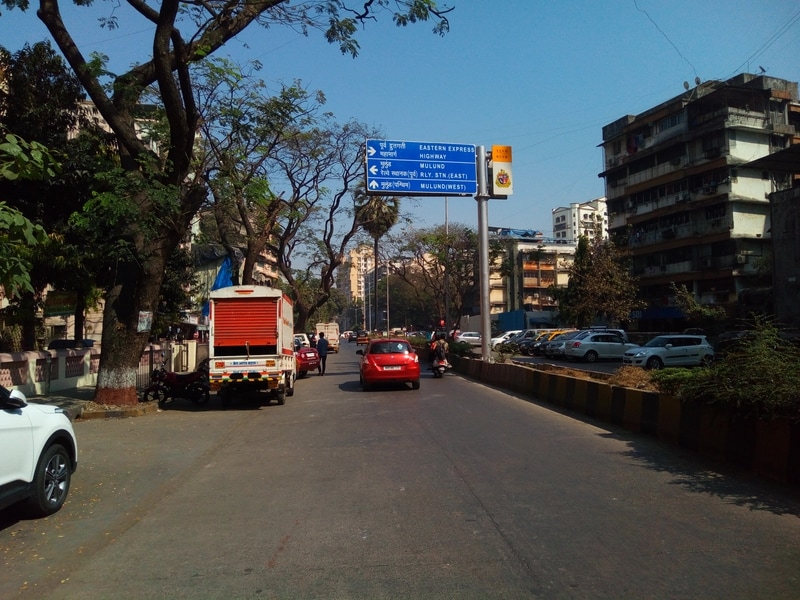 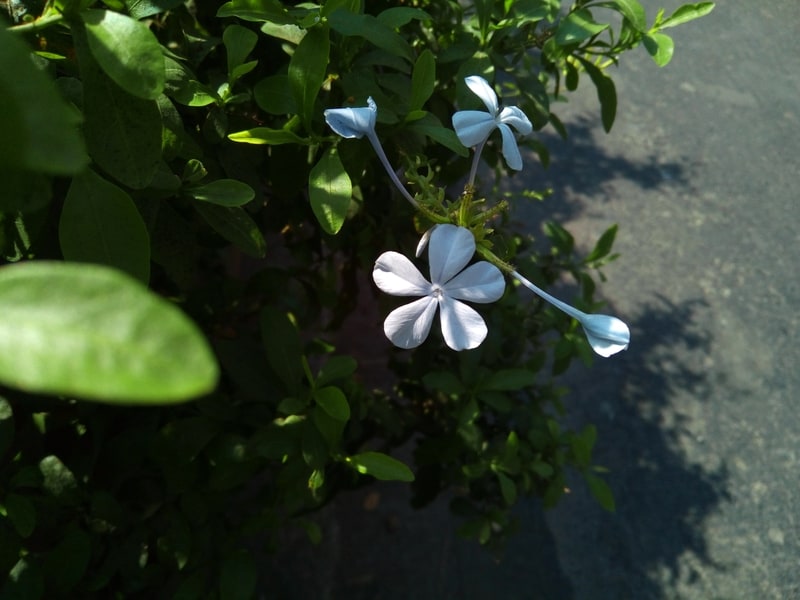 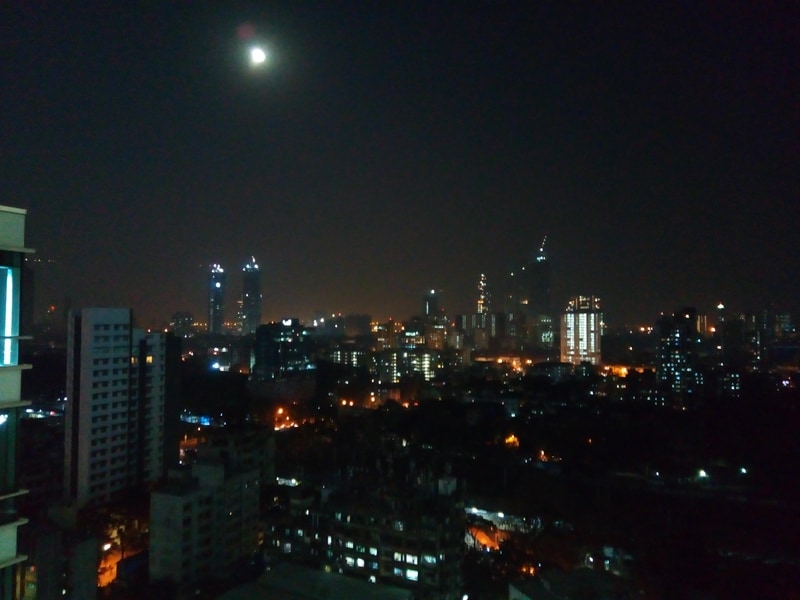 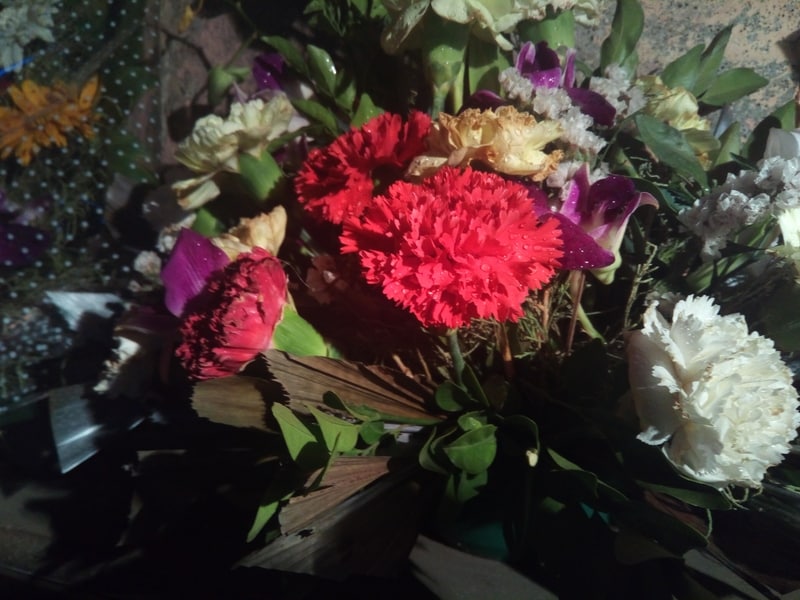 The Centric L3 has a 13-megapixel camera on the back with autofocus, which we found to be quite sluggish. It takes a little too long to lock focus, and at times we had to tap multiple times to get it right manually. Auto Scene mode is enabled by default and takes some time to set the camera up. We found that colours appeared boosted in the daytime photos we took using the L3.

Landscape shots look good and have decent amounts of detail, but we did see grain when fully zoomed in. Macro shots taken outdoors came out well, but we had to be patient while trying to get the focus right. To compensate for low light, the phone reduces its shutter speed and bumps up the ISO value. This requires a steady hand and patience, or photos come out blurry. Even so, the Centric L3 fails to capture a lot of details resulting in grainy images at night. Taking macros in low light is especially hard because of the uncertain focusing and the slower shutter.

The selfie camera delivers average photos which can be shared on messaging apps, but again, you need a steady hand. Video quality is also just average, and maxes out at 720p for both the primary and the selfie cameras.

Verdict
The Centric L3 wants to compete in an already crowded space. It offers the same hardware and functionality as most other manufacturers in this price range. As a result, it has nothing that helps it stand out. There is nothing particularly wrong with this phone, but at the same time, there is no specific reason to recommend it over others. If all you need is a basic phone and you don't care about brands, you could choose the Centric L3 and it would serve your needs. On the other hand, if you want something that stands out, there's also the InFocus Vision 3 (Review) with its 18:9 display and bigger battery at roughly the same price, or you could consider one of the the other top-rated smartphones under Rs. 8,000.